What it is: After making history in California in March by launching the first autonomous shuttle on public roads, French company EasyMile is seeking government funding to launch a set of autonomous shuttle trials in rural and suburban communities throughout Australia. Each shuttle will accommodate up to 14 passengers, plus a chaperone (as required by law). The intent is to provide access to those in need of essential services, with each community and local councils deciding where to set up stops. As an example, in Adelaide, where EasyMile will set up its Australian headquarters, trial buses will transport passengers to and from hospitals and shopping centers. So far, even people in their 80's and 90's who we might expect to be fearful have embraced the technology.

Why it's important: Evidence that our autonomously transported future will almost certainly have variety, from grocery delivery vehicles like Nuro to the shuttles created here. It’s also worth noting that the adoption of "risky" technologies often find early acceptance where pain is greatest, particularly when regulatory bodies are involved. When you combine these two ideas and look within your industry, what opportunities emerge? | Share on Facebook

Is a Centaur the Future of Search-and-Rescue Robots?

What it is: Researchers from the Istituto Italiano di Tecnologia built a new experimental search-and-rescue robot named Centauro. Centauro has four legs and two arms -- resembling the mythical centaur -- to help scientists find the most valuable and versatile body shape for robots to aid in disaster relief efforts. Robots designed to resemble a hybrid of different creatures offer flexibility advantages over purely anthropomorphic machines. For example, Centauro can take a number of different postures, including upright and on wheels for fast transportation, and crouched like a spider to provide a lower center of gravity while using equipment. Standing 1.5 meters tall (~5 feet) and weighing in at 93 kilograms (205 pounds), Centauro’s design evolved from that of Momaro, another centaur-robot built by European researchers for the DARPA Robotics Challenge in 2015.

Why it's important: While the world as a whole becomes safer for humans every day, the threat of natural disasters to human life still looms large. Disaster relief is a dangerous job -- and we can save more lives, faster by supporting human relief workers with robot reinforcements. | Share on Facebook

The Rise of the Computer-Generated Celebrity

What it is: Digital -- that is, non-corporeal -- celebrities are on the rise and creating fans across a variety of audiences in advertising, music and modeling. As examples, Hatsune Miku began life as the anime mascot for a Japanese company making voice synthesizer software. She now performs songs in concert as a hologram drawing massive crowds, as does Aimi Eguchi, the holographic member of Japanese girl band AKB48. Over on Instagram, the bot Lil Miquela counts its followers in the millions, partners with Prada, and champions social causes like Black Lives Matter.

Why it's important: It might be easy to discount anime and girl bands, but this is a trend to watch. How will we interact with other Artificial Intelligence technologies, such as service bots and autonomous vehicles, if social acceptance and admiration continue to grow? Is a humanlike interface all we need to form emotional bonds and trust in technology? And how will influencer marketing and the notion of "celebrity" change as AI proliferates? | Share on Facebook

AI Can Watch Your Eye Movements to Read Your Personality 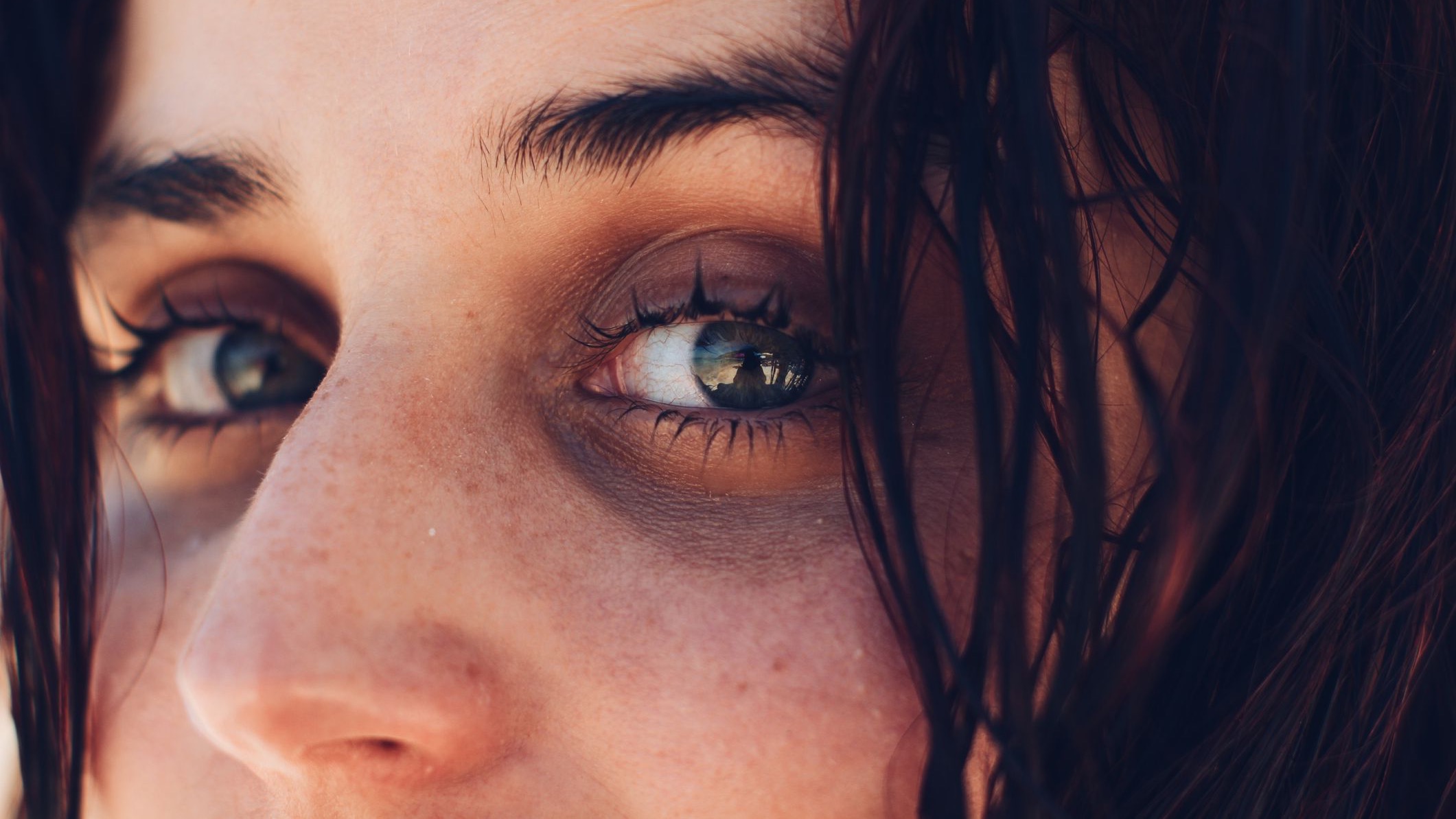 Why it's important: Personality traits are complex; this machine learning application demonstrates that we can extrapolate personality traits from in-real-life situations. This new in-situ data collection can be contrasted with the standardized questionnaire method for determining personality -- where you sit and take a test, without in-the-moment environmental factors that might influence your personality results. | Share on Facebook 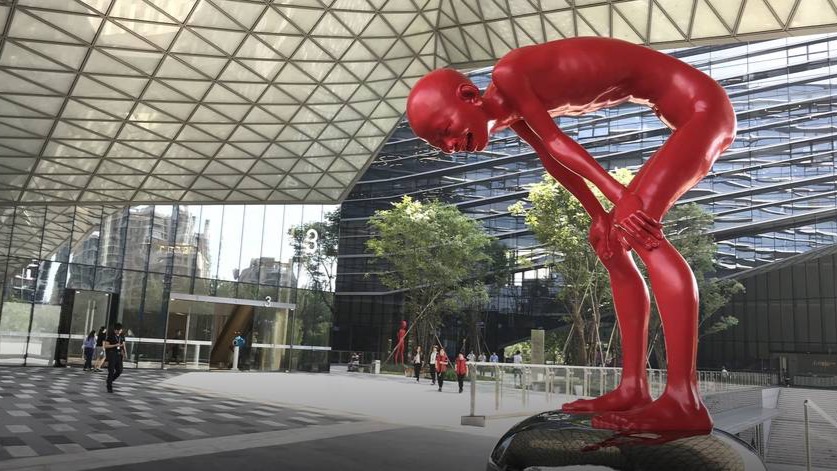 What it is: Leading the world in fintech disruption is Alibaba's Ant Financial Services Group, which controls the world’s largest money-market fund, has made loans to tens of millions, handled more payments in 2017 than MasterCard, and completed over $8 trillion of transactions via its online payments platform last year alone. At the forefront of China's mobile payments revolution, Ant held billions of customer funds in escrow for Taobao transactions by 2013. What then? With 620 million users already on Alipay, Ant built out its Yu'e Bao money-market fund, allowing users to invest as little as a few cents, transfer cash in and out without fees, and get yields several points higher than bank payments on short-term deposits.

Why it's important: As Ant Financial builds out technologically superior financial services that threaten more traditional incumbents, China's central banks and finance players are beginning to push back. Able to invest in high-yielding products riskier than those which banks are allowed to tap, Yu'e Bao has siphoned off money from savings accounts, driven up banks' interest rates, and even contributed to the closing of branches and ATMs. But while central bank regulators hit back with restrictions on escrow fund use and Ant’s more recent Zhima credit-scoring system, fintech models akin to Ant Financial’s may be moving too quickly to contain, disrupting everything from personal loans and small-business lending to credit scoring and insurance. What new financial services will be possible? And how will the international finance community respond? | Share on Facebook 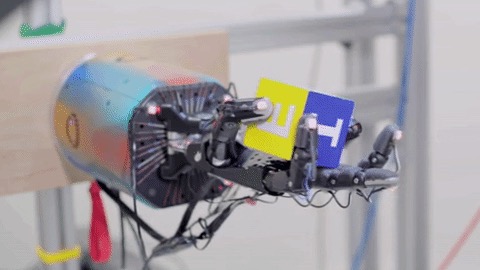 What it is: OpenAI researchers have just released Dactyl, an AI-driven robotic hand system trained to dexterously handle a cube with OpenAI’s self-teaching algorithm. By practicing an equivalent of 100 years inside a virtual simulation (50 hours of training in real time), the robotic hand taught itself to maneuver a cube with near-human-level skill, honing its fine motor skills through trial and error until reaching desired cube positions. Using a trio of cameras and reinforcement learning, researchers were able to adapt the robot’s grasping skills to countless different parameters.

Why it's important: OpenAI's Dactyl illustrates two major leaps forward in AI’s convergence with robotics: development of fine motor skills and adaptive learning in the physical world. While not explicitly taught any handling strategies, Dactyl was able to teach itself intuitive motor skills and even adapt humanlike grasps to its own robotic architecture (such as favoring its thumb and pinky to rotate the cube). And perhaps most exciting, Dactyl was trained with the same algorithm used to play the computer strategy game DOTA 2, demonstrating that a more general-purpose algorithm can indeed teach AI to succeed at two vastly different tasks. A significant milestone, this means open source artificial intelligence researchers may soon be able to repurpose old algorithms for a wide variety of novel goals. | Share on Facebook

Podcast Episode 57: Who, Not How