The seven most exciting space missions of 2020.

What it is: Following a year of countless rocket launches and new space targets, the decade ahead is set to witness a boom in space exploration. And 2020 is giving us a head start, from robot-manned Mars missions, to private crewed missions into orbit.

What’s in store for 2020: Among this year’s four planned Mars missions––all aiming for summer launches––are NASA’s Mars 2020 rover, which will leverage new instruments to probe the possibilities of extraterrestrial life; China’s Huoxing-1, slated to study the Martian atmosphere and terrain for 90 days; the UAE’s Hope Mars Mission orbiter, which will study Mars’ atmospheric chemistry from above; and Rosalind Franklin, the European Space Agency (ESA) and Roscosmos’ joint Mars rover. In the realm of private spaceflight, both SpaceX and Boeing are amidst final preparations before launching NASA astronauts aboard the Crew Dragon and Boeing Starliner, respectively, destined for the ISS. While both these missions are targeting Q1 launch dates, others––like that of Jeff Bezos’ Blue Origin––aim to launch crewed capsules later in the year. In the case of Blue Origin’s New Shepard, for instance, the vertical-takeoff, vertical-landing suborbital rocket is expected to take humans into space by year’s end. And when it comes to lunar missions, both NASA and China’s National Space Administration (CNSA) are racing ahead, NASA with a first (more limited) iteration of its Space Launch System (SLS) and Orion deep-space capsule, and CNSA with its Chang’e 5 lunar mission.

What it is: For the first time ever, a research team led by physicists at the University of Bristol has now demonstrated quantum teleportation of information between two micrometer-scale silicon chips. Instead of relying on the flow of electrons for data transfer (as occurs in a typical computer), information was passed between the two computer chips using a quantum effect known as entanglement. In entanglement, the state of one particle is inextricably tied to the state of the other. Measuring one particle, in turn, immediately reveals information about the other. In this way, entanglement has now proved an effective method teleporting, or transmitting, data between devices without a physical electronic connection. And while still relegated to a controlled lab environment, the research team ultimately achieved high-fidelity quantum teleportation of 91 percent.

Why it’s important: While still a poorly understood phenomenon, quantum entanglement shows promising and highly consequential applications for the future of computing. As explained by Beijing University scientist and one of the study’s authors, Dr. Jianwei Wang, “In the future, a single silicon-chip integration of quantum photonic devices and classical electronic controls will open the door for fully chip-based CMOS-compatible quantum communication and information processing networks.” In effect, these early demonstrations of quantum entanglement’s utility will soon pave the way for a new generation of chips, processors, and networks, not to mention extraordinarily powerful quantum computers. 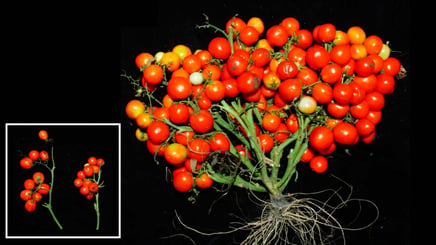 What it is: A new batch of tomatoes, genetically engineered to thrive in urban landscapes, could redefine contemporary agriculture. These crops, grown by a team at Cold Spring Harbor Laboratory, were modified using CRISPR to mature at an accelerated pace and produce vines more densely packed with fruit. Ready to harvest in less than 40 days, these tomatoes can grow in tiered farming warehouses or converted storage units in urban settings. To achieve this feat, the SELF PRUNING (SP) and SP5G genes, which control reproductive growth and plant size, were altered to make the plants blossom and produce fruit sooner. The SIER gene, which controls stem length, was also modified to make the plants as compact as possible–– ideal for limited space in urban settings. In success, this careful curation of gene edits has yielded optimal crop growth characteristics while preserving the tomato's flavor.

Why it’s important: Over 500 million people live on land already degraded by deforestation, changing weather patterns, and agricultural overuse, according to the UN Intergovernmental Panel on Climate Change (IPCC). Decoupling food production from land will reduce the harmful environmental impacts of mass farming, including land degradation and fertilizer runoff into water sources. At the same time, these plants will provide city dwellers with far fresher, more nutritious food, while generating a fraction of the transportation footprint. And from an economic standpoint, the genetically engineered crops win out as well, capable of yielding more fruit, operating year-round in climate-controlled conditions, and thereby offering unprecedented control in the food production process. Beyond the implications of this new plant on Earth, however, even NASA has now expressed interest in the technology, allowing us to envision a future wherein urbanized tomatoes (and other crops) may soon travel not only into our cities, but also beyond our atmosphere.

How AI Is Really Going To Change Real Estate In 2020 And Beyond. 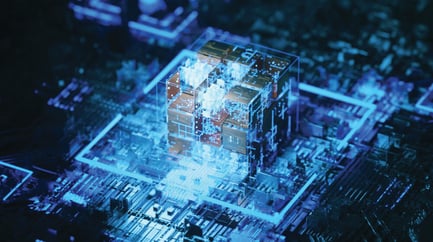 What it is: By 2030, AI is estimated to add over $15 trillion to the global GDP, according to PwC. And among industries most affected, real estate holds a plethora of AI opportunities over the next decade. While many firms already use virtual reality in real estates, smart contracts, virtual assistants, and voice bots to assist customers, countless unrealized opportunities remain. Susanne Eickermann-Riepe, Head of Real Estate at PwC Germany, points to four main applications of artificial intelligence in real estate: (1) automating routine tasks; (2) augmenting intelligence to help people accomplish tasks more efficiently and productively; (3) expanding business intelligence to inform better human decisions; and (4) fully autonomous AI decision-making. In the wake of surging data collection, AI algorithms will also inform more effective marketing efforts, for instance predicting when a prospect might sell or purchase a property, and at what price.

Why it’s important: As AI’s early pitfalls continue to be identified and adjusted for, the time is now for real estate (typically a late-mover industry) to take advantage of the technology. Already, numerous real estate startups are jumping on the bandwagon, making the use of artificial intelligence solutions. Take Nobbas, for instance, which offers a Tinder-like property search interface, or PropertyNest, which matches customers with listings based on their credit scores. By reducing time spent on routine tasks and offering more information about customer behavior, AI can provide considerable assistance to real estate brokers and investors in established firms as well. Key pain points to improve upon over the next decade include data availability, data quality, and standardization, yet many of these are already lessening in importance as the data-driven revolution takes hold. A meta-trend we are beginning to witness across the board, AI tools and Software as a service (SaaS) are fast becoming the most vital collaborators to human employees and entrepreneurs, whether in real estate, retail, finance, or health.

Who Not How: Software Edition