In this week’s Abundance Insider: Artificial skin for robotic surgery, a new tissue rejuvenation method, and the latest predictions of intelligent alien civilizations within our galaxy....

There are at least 36 intelligent alien civilizations in our galaxy, say scientists 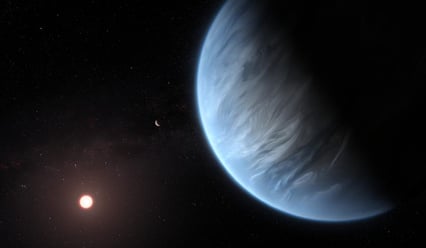 What it is: A group of University of Oxford researchers recently arrived at an estimation of at least 36 intelligent alien civilizations in our Milky Way galaxy, according to their “cosmic evolution”-based calculation. Our galaxy contains 100-400 billion stars, each with approximately one orbiting planet. The Oxford team’s model relies on a few core assumptions, namely that it takes about 5 billion years for intelligent life to develop but is probable, and technological civilizations will last at least 100 years. Both of these assumptions are extrapolated from our experience on Earth thus far. Other factors include star formation histories, the quantity of metal-rich stars (like the Sun), and the likelihood of Earth-like planets orbiting these stars in habitable ranges.

Why it’s important: Though the error bar in this estimate remains wide, this model offers a new framework for answering the question we have pondered for centuries: who else is out there? The team postulates that the average distance to one of these 36 civilizations is about 17,000 light years. To detect or communicate with objects at this distance is currently impossible, but the technological advancements in this direction are rapidly improving, accelerated by the entry of private entities into the space exploration sector. Discovering intelligent life would be an uplifting signal for the longevity plan of our own species, so let us hope our signals will soon intersect.

An artificial skin made with graphene could revolutionize robotic surgery 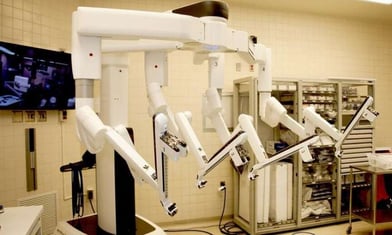 What it is: Atomic Mechanics, a private company based in the UK, is developing a graphene-based electronic “skin” for sensors on robotic surgeons. The film is force-sensitive and can be attached to curved plastic. Furthermore, it has a large degree of flexibility, allowing for new design paradigms in electronic sensing. This versatility is largely afforded by graphene’s unique properties, which include high surface area, high electrical and thermal conductivity, and optical properties. A mere atom thick, graphene is remarkably 100 times stronger than steel, yet remains flexible and even stretchable.

Why it’s important: Robotic surgery is fast gaining traction, now an industry with a compound annual growth rate of 10.9 percent. While dexterity continues to advance, telesurgery has also proved consistently safer, resulting in fewer bodily traumas and faster recovery speeds. And now, Atomic Mechanics' 'skin' promises to enhance use of robotics in healthcare further. As CEO Christian Berger explains, "this flexible force-sensor will benefit society by opening up a new way for humans to interface with robotics. For example, a surgeon may be able to directly translate his or her hand and finger movement into a robotic surgery tool, by wearing a glove that contains the sensor film. This would allow the robotic surgery tool to have the dexterity of a surgeon with years of experience and the extreme-precision of a robotic arm with finely tuned motors." 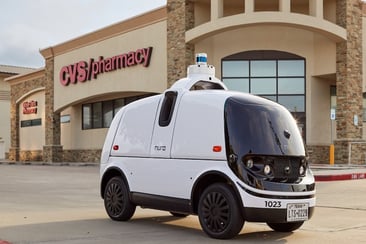 What it is: Autonomous vehicle manufacturer Nuro has partnered with CVS Pharmacy to deliver prescription drugs within three zip codes in Houston, Texas. Originally designed for last-mile delivery of local goods (whether groceries or consumer products), Nuro has now introduced its vehicles to the company's third targeted industry: pharma. As part of Nuro's pilot program, customers can place orders for both prescription and non-prescription medicines via the CVS website or the CVS app. Once customers select the autonomous delivery option, one of Nuro’s outfitted, autonomous Prius vehicles heeds the call, delivering consumer purchases in under three hours. Eventually, Nuro plans to transition to its purpose-built driverless R2.

Why it’s important: Over 76 percent of Americans live within five miles of a CVS pharmacy, and the company services over 4.5 million people every day. Particularly as physical distancing measures persist, autonomous vehicles can help reduce retail foot traffic as well as validate autonomous driving technology in the process. Enabling the transition to no-contact drug delivery, Nuro and similar counterparts could be a boon for public health, minimizing the interaction of sick patients and at-risk populations. 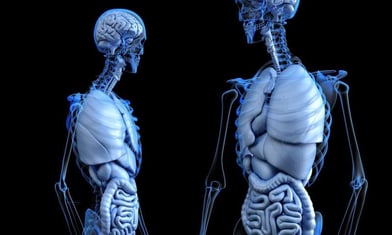 What it is: Researchers have now utilized Microsoft’s HoloLens technology in the novel application of visualizing liver tumor treatment. Traditionally, ultrasound and CT scans create 2D images for use by radiologists. These radiologists then apply thermal ablation and other tumor treatment methods with the guidance of these images. By using augmented reality, however, the radiologists were able to visualize a 3D model of a patient’s insides and project it onto the patient’s body. With such visual guidance, they then proceeded to use electromagnetically tracked tools to efficiently, accurately and safely deliver targeted liver cancer treatments.

Why it’s important: The primary benefit of this novel approach was a notable increase in radiologists' speed and confidence. Across the board, users noted that they localized tumors more quickly, avoided organs and critical structures, and applied optimal ablation more easily. By comparison, resulting accuracy stood at par with the gold standard of CT and ultrasound imaging. According to the senior author of the study, “This technique can be used intra-procedurally to check the accuracy and quality of the treatment, as well as pre-procedurally to engage with the patient in their own care. We can change 2-D images into holograms of a patient's distinct anatomy so that both the physician and the patient get a better understanding of the tumor and treatment.” 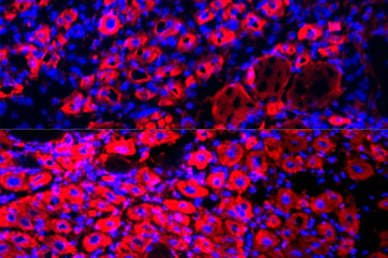 What it is: By replacing half of the blood plasma in old mice with a mix of saline and albumin, a UC Berkeley research team has now observed rejuvenation effects in the brains, livers, and muscles of these mice. In 2005, the same team demonstrated that connecting the blood of young and old mice (essentially making them conjoined twins) resulted in rejuvenation. Yet the present study showed equal or greater enhancements by solely diluting the blood of the old mice, eliminating the need for young mice entirely. The dilution was relatively simple, requiring only saline and albumin, which is the most abundant blood protein and is used for tissue repair and growth. The FDA has already approved therapeutic plasma exchange for a variety of autoimmune diseases, and the UC Berkeley team is currently finalizing clinical trials to determine the effects of their technique in human age-associated illnesses.

Why it’s important: This discovery shifts our attention away from young blood and towards the importance of age-related harmful proteins in old blood. Rather than focusing on specific protein therapeutics, age reversal is more likely linked to a host of proteins that can be naturally triggered by dilution processes such as this study’s approach. The dilution acts as a molecular reset button that flushes out the bad proteins and makes way for regeneration of beneficial proteins, like those that boost vascularization. Harnessing the body’s natural restoration capacities will be the key to expanding human's health and longevity.

Restaurants are in need of a helping hand. Miso Robotics is offering them one. Literally. 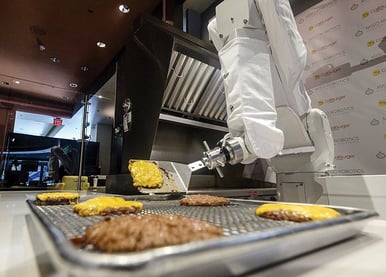 What it is: Flippy, an arm-like robotic kitchen assistant made by Miso Robotics, has already successfully flipped over 12,000 burgers for venues like the Dodger Stadium and 50 CaliBurger restaurants. Miso Robotics also makes a Robot on a Rail (ROAR) that can operate from an overhead railing to effectively fry chicken tenders and onion rings. This really a cool application of robotics as these robots designed to work with employees rather than replace them. While employees take care of customer relations, Flippy can perfectly time the cooking of well-done and medium burgers in the same order so that they both arrive hot. With Artificial Intelligence capabilities, these robots learn from their surroundings over time and can perfect the mundane tasks that restaurant workers find least rewarding.

Why it’s important: The restaurant industry, with its slim margins and labor shortages, could greatly benefit from automation to boost efficiency. The Flippy robot proved to increase profit margins by 300% and reduced stress about shift management. In a post-pandemic world, automation will become even more critical. As employees spend more time enforcing safety regulations and helping customers adjust to new systems, robots like Flippy and ROAR could maintain consistent, high standards of food production in the kitchen.

Join FutureLoop: Over the past 2 years, I’ve built a machine-learning algorithm that scrapes the world’s news, science journals and social feeds every day to understand how exponential technologies are impacting specific topics & industries. It’s called FutureLoop.

As part of the platform, I launched "FutureLoop Pandemic Special Edition," a daily comprehensive update on the impact of exponential technologies (AI, Robotics, Drones, Cellular Medicine, CRISPR, Networks & Sensors) on the COVID-19 pandemic.

If you participate, FutureLoop will update you every day on the latest breakthroughs in detection, prevention & cure of the COVID-19. This product is still in Beta, but it’s powerful, high-quality info, and it's free.

Your mindset is your most important tool during this pandemic. Making sure you are consuming the right information is critical to maintaining that mindset. FutureLoop offers "Data-Driven Optimism."

Longevity & Vitality - A Renaissance of Drugs and Genomics