P.P.P.S. This week we feature the work of two of Peter's Strike Force Fellows. The Strike Force Fellowship Program aims to connect & empower young entrepreneurs to find their MTP, take moonshots and leverage exponential technologies as they start their careers.

What it is: California-based startup Hoversurf is training one of its first customers, the Dubai Police Force, on the 2019 S3 Hoverbike. The Hoverbike merges motorbike aesthetics and ergonomics with the functionality of a quadcopter drone. The vehicle, which can operate with or without a human pilot, weighs 253 lbs, costs $150,000, flies for up to 25 minutes, and can safely fly at an altitude of 16 ft. Right now, two Dubai Police teams are in training, with the hope of leveraging this new transportation technology to access previously hard-to-reach areas.

Why it's important: We are at the cusp of a renaissance in transportation technology. Inventors, innovators, and entrepreneurs around the world are rolling out exciting, novel transportation solutions that were science fiction only 10 years ago, like telepresence robots, avatars, hyperloop pods, jet suits and hoverbikes. What massive opportunities will this new transportation ecosystem enable for all 8 billion people on the planet? | Share on Facebook

What it is: For the first time ever, an end-to-end robotic bricklayer has autonomously built a fully livable house, all in under three days. Previous models of Fastbrick Robotics’ Hadrian bricklaying robot have assembled simple, sturdy structures in controlled environments. With Fastbrick’s new Hadrian X, this all-in-one truck (loaded with precut bricks) simply drives to a construction site and, using its laser-guided robotic attachment, directs blocks through a robotic arm that lays bricks according to a 3D model. Built with newly minted laser and robotic accuracy, the 3-bedroom, 2-bathroom home has even met relevant building standards, promising the commercialized application of robotics technology.

Why it's important: Currently, most if not all ‘autonomous’ construction technology still requires human assistance or significant setup, not solely reliant on software-dictated blueprints. But burgeoning high-accuracy robotics solutions are about to revolutionize construction and enable new architectural possibilities. With a new partnership with brick producer Wienerberger, Fastbrick aims to improve the safety of construction laborers while also slashing waste products, given the efficiency of the build. Long-term, thanks to its speed and autonomy, the Hadrian X could be deployed across post-conflict sites and disaster-struck regions, offering fast and well-insulated shelter, no matter how remote. | Share on Facebook

The DIY Tinkerers Harnessing The Power Of Artificial Intelligence 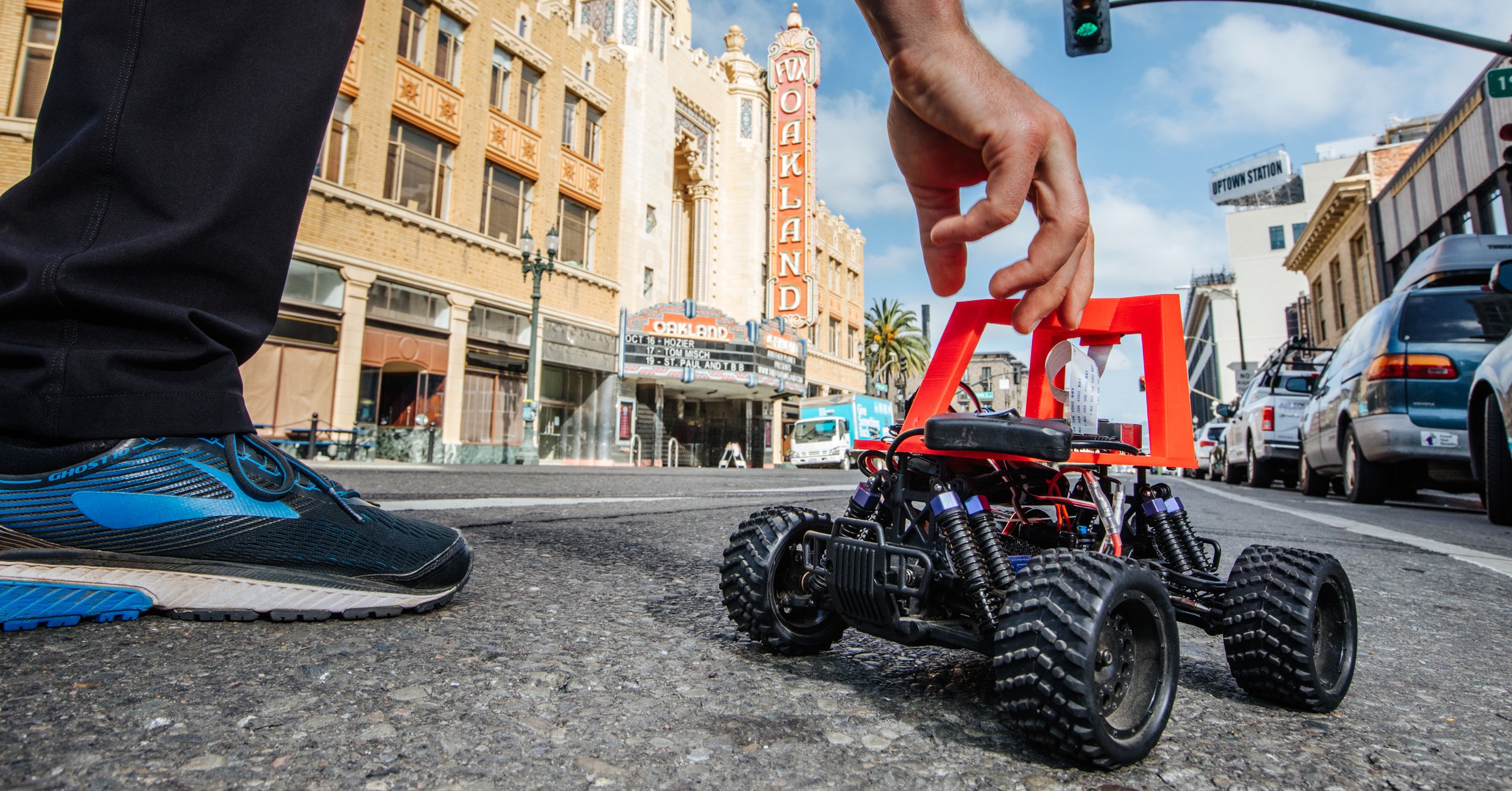 What it is: A recent article in Wired highlights four self-taught coders to illustrate what’s now increasingly possible. In middle school, Robbie Barrat trained an Artificial Intelligence on Kanye West to generate hip hop lyrics; Shaza Mehdi, inspired by a Stanford professor’s neural network that bested dermatologist diagnoses, taught herself how to code and created plantMD, an app that accurately diagnoses plant diseases; Daisuke Tahara taught himself how to build an AI to check in clothes at his family’s chain of dry cleaners; and Will Roscoe teamed up with a hobbyist group in Berkeley to create an autonomous RC car using TensorFlow.

Why it's important: Driven by the open sourcing of projects from Google et al, and the many free or low-cost sources of education in YouTube, Udacity, Coursera, and the Khan Academy, we’re rapidly approaching an interface moment with AI. What happens when developing an AI system becomes more like using email? What problems would you solve? | Share on Facebook

$1 Test Screens For Diseases In Less Than An Hour 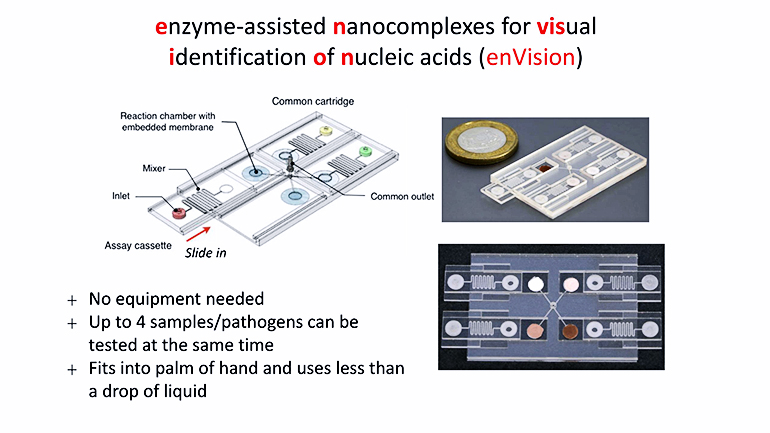 What it is: Researchers at the Biomedical Institute for Global Health Research and Technology (BIGHEART) and the biomedical engineering department at National University of Singapore have developed a portable device that screens for the presence of a number of diseases like malaria, flu and dengue fever, various types of cancers, and genetic diseases. At a high level, the device — dubbed enVision — uses DNA-based molecular machines that detect genetic material and turn brown in the presence of a specific disease. Delivering results in 30 to 60 minutes at a cost of under 75 cents, the system is four times as fast and 100 times cheaper than conventional methods that rely on PCR. Just as impressive, when tested with HPV, the enVision was superior to the gold standard for clinical sensitivity and specificity, identifying both subtypes of diseases and differences within those subtypes.

Why it's important: Biology is rapidly digitizing. This provides a deeper understanding into how biological systems operate, but just as important, it enables us to create molecular machinery and circuitry to manipulate that code without massive investment and technical expertise. What opportunities do you see to bring these diagnostic capabilities to the Rising Billion? | Share on Facebook 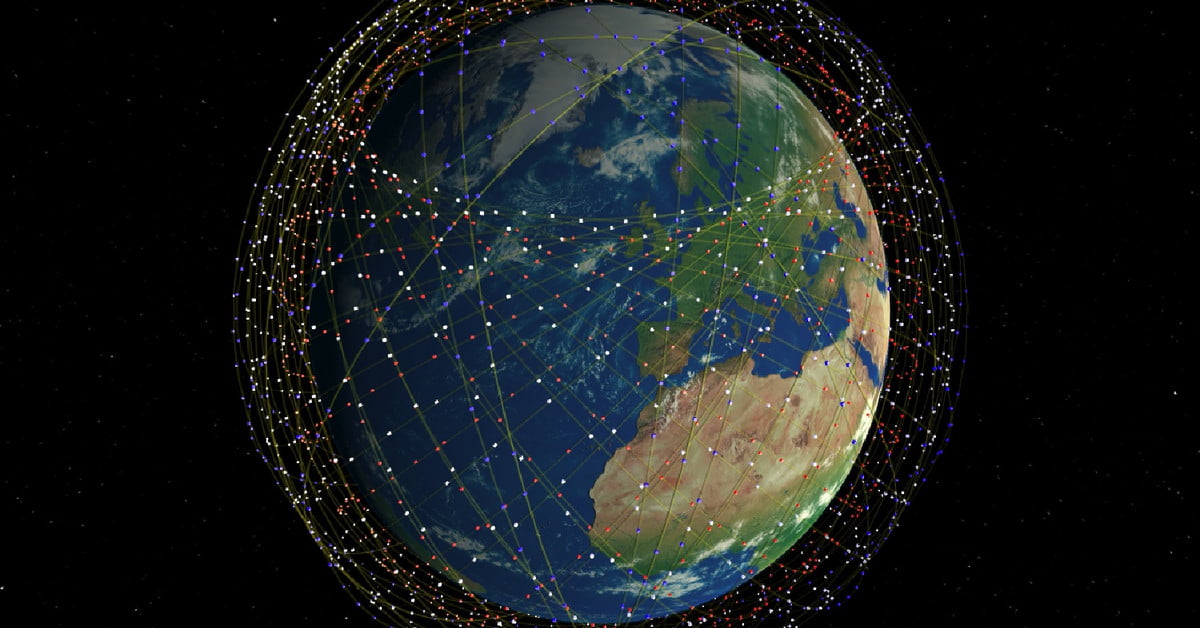 What it is: The Federal Communications Commission recently approved Elon Musk’s request for SpaceX to launch 7,518 satellites into low-Earth orbit. Combined with the 1,886 currently active satellites and 4,425 previously approved satellites, Musk plans to create a global constellation of satellites for his proposed Starlink Broadband Network. SpaceX is expected to spend over $10 billion on the Starlink project with the intention to create a universal internet network with latencies as low as 25ms and gigabit speeds that will rival existing cable or fiber optic systems.

Why it's important: The Internet will soon be accessible from all areas of the planet, including rural locations with poor or no network connectivity. This democratization of the Internet will enable billions of new minds with purchasing power and entrepreneurial creativity to connect online, sparking an economic revolution unlike any we've previously experienced. | Share on Facebook

20 Americans Die Each Day Waiting For Organs. Can Pigs Save Them? 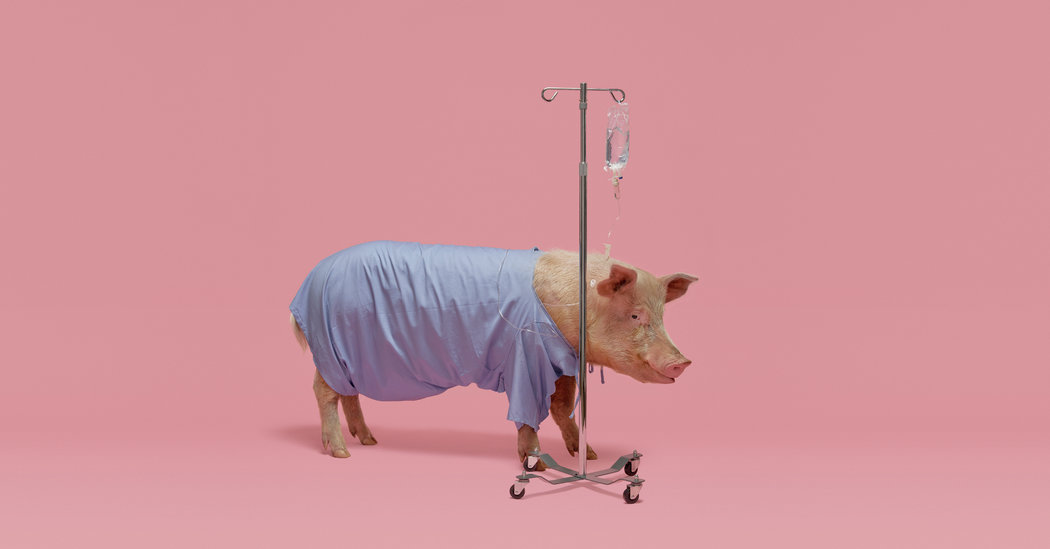 What it is: Genetically modified pig organs could save the lives of nearly 20 Americans each day who die waiting for transplants. Historically, pigs have provided heart valves, insulin, and corneas for humans, but introducing entire organs that beat, secrete, and filter requires much more immune suppression. Editing pig organs to appear less foreign could decrease the need for heavy immunosuppressants and mitigate the accompanying side effects. Biotech company eGenesis, co-founded by Luhan Yang and George Church from Harvard, is doing just that using CRISPR-Cas9. Yang and team have removed dangerous porcine endogenous retroviruses (PERVs) from the pig genome and are working to add human genes that would protect the organs from immune attack. Joseph Tector, Director of the University of Alabama at Birmingham’s Xenotransplant Program, implemented a similar strategy in pig kidneys, which will be used in human clinical trials this month.

Why it's important: As organ supply declines with fewer accidents and safer vehicles, demand continues to increase with longer human lifespans. Thanks to CRISPR, the idea of successful xenotransplantation is now evolving into a realistic solution. Martine Rothblatt, founder of the pharmaceutical company United Therapeutics, anticipates “delivering hundreds of organs a day.” A subsidiary of the company was able to keep a pig heart beating in a baboon for 945 days. While CRISPR technology is still imperfect, the potential to design organs that are not only accepted by the immune system but also enhanced in functionality could extend the human lifespan even further. Viable organs -- once a scarce resource -- will soon become abundant. | Share on Facebook