What it is: An MIT researcher has built a drone that can navigate through dense forests with the speed and agility of a bird -- without crashing. The drone can travel up to 30 mph, and its onboard cameras have stereovision algorithms that run 20 times faster than any existing software.

Why it's important: If you've flown a drone, you've probably crashed a drone. Better, faster algorithms like this one are essential for unmanned aerial vehicles to gain mass adoption -- at least, until LIDAR sensors get small and light enough to place on drones.

What it is: Researchers at Carnegie Mellon have adapted a standard 3D printer so that it can print realistic-looking plastic hair directly on 3D printed objects. The hair can be placed in neat rows or ramdomly, and it can even be brushed and cut.

Why it's important: This development enables fully 3D-printed dolls and other hirsute toys. And if future iterations can support mixed-material printing, we may soon see 3D-printed wigs and implantable 3D-printed hair.

New Design Points a Path to the 'Ultimate' Battery

What it is: University of Cambridge researchers have developed a lab-based demonstrator of a lithium-oxygen battery that is more than 90% efficient, can be recharged over 2,000 times, and has very high energy density. It uses lithium hydroxide instead of lithium peroxide for better stability, and the electrode is made of a highly porous form of graphene.

Why it's important: While researchers still have chemistry hurdles to overcome before, they're one step closer to a lithium-oxygen battery. Such a battery would enable affordable, more efficient electric cars: imagine an electric vehicle 20% the weight and 20% the cost of current models with a range of over 400 miles per charge.

Soon, Gmail's AI Could Reply to Your Email for You

What it is: Google's latest Smart Reply system for Inbox by Gmail scans your email and suggests a tailored set of three- to six-word replies that match your content and tone. The AI technology uses a "long short-term memory" neural network that incorporates past conversations and the context of an email to inform its decisions, and Google reports that it can generate about 20,000 discrete responses.

Why it's important: With this Artificial Intelligence system, Google can use its entire customer base to train the algorithm, bringing us even closer to digital executive assistants that can scan your email and prepare the perfect response.

A Fleet of Flying Robots Will Repair Potholes In This U.K. CIty

What it is: The University of Leeds in the UK has won a $6.4M grant to create autonomous robots and drones that will spot road problems around the city and repair them as they go, without human intervention. Three robot types are in the fleet: "Perch and Repair" robots can repair street lamps and other above-ground infrastructure, "Fire and Forget" robots can monitor and repair pipework underneath streets, and "Perceive and Patch" robots fix potholes as soon as it spots them.

Why it's important: Imagine cities that can repair themselves, without any human intervention whatsoever. Until then, this robot army can identify and diagnose potential problems before they get large enough to warrant road closures and a construction crew.

What it is: Toronto's recently opened Humber River Hospital is the first digital hospital in North America. Robots are a core part of its staff: they facilitate patient-doctor interactions, mix and administer drugs, and deliver meals and medical supplies. Rooms have bedside touchpads that enable them to video chat with their healthcare providers, use Skype, order food, read books and review their health records.

Why it's important: Excellent examples of how healthcare robots can improve the overall patient experience. Another surprise: these robots didn't displace human workers. Humber River Hospital actually hired 700 additional employees to partner with the robots in delivering safe, effective care.

What it is: The Sundance Institute has begun an new intern program to encourage and empower virtual reality filmmakers. Four selected filmmakers will have a six-month residency in which they receive a grant to produce virtual reality short films and explore new VR techniques using resources and production equipment by Jaunt.

Why it's important: Sundance is already a key tastemaker in the film industry, and Virtual Reality companies like Oculus and Vrse have both used Sundance as a high-profile launchpad for new ventures. By developing VR talent from within the Institute, Sundance strengthens its ties with the Virtual Reality community -- and connects with a new talent pool.

What it is: California's Imperial Irrigation District has created one of the largest lithium-ion batteries in the state (30 MW and 20 MW-hours) along with a battery energy storage system to enable grid flexibility. It's a proactive response to a new California law -- the first of its kind in the U.S. -- that requires 33% of the state's electrical energy to come from renewable sources by 2020.

Why it's important: A compelling case study in how to integrate renewable energy technologies with existing infrastructure. Batteries are a fast, agile solution for grid operators to address imbalances in the utility's grid compared to compressed air, flywheels and thermal storage. Coordinating the battery system with conventional generators gives utilities a synergistic blend of sustained energy and quick response time.

What it is: Qalendra is a service that automates travel research, improves results better than any human expert, and delivers it instantly on any platform. The algorithms ingest data from many sources, compare all destinations at once, and identify where the best conditions for vacations and activities are, anywhere in the world, up to 4 months in advance.

Why it's important: Contextual technologies will power the search engines of the future. This is yet another example of the API proliferation and automation of processes that used to require big screens and be very time-consuming. 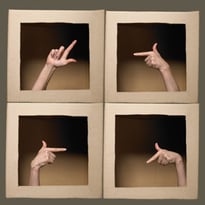 What it is: Imagine a smartphone that responds to hand signals rather than button presses, and you have the final vision of the latest research project at A*STAR Bioinformatics Institute. They've developed technology that detects three-dimensional human hand movements from two-dimensional images in real time -- specifically, at processing speeds of over 67 video frames per second and with an accuracy of about 20 millimeters for finger joints.

Why it's important: This technology opens the door to new smartphone interfaces -- typing on a "virtual" keyboard in the air, or opening an app via a predetermined gesture -- but it also has exciting applications for human-robot interaction.

Compact Fusion: It's Closer Than You Think

What it is: Lockheed Martin has just released information on its latest Skunk Works project: compact fusion. Focused on creating a source of infinite energy, engineers are using the Sun as their inspiration. The concept entails a compact fusion reactor housed in a magnetic container capable of handling temperatures of hundreds of millions of degrees, which in turn drives turbine generators.

Why it's important: Lockheed is combining its 60 years of fusion research with its Skunk Works methodology. If they pull it off, we'll be able to deploy inexpensive power everywhere on demand, give cargo ships and planes limitless range, simplify desalination and even accelerate space travel.