What it is: Scientists at the Ecole Polytechnique Federale de Lausanne (EPFL) have now developed a soft artificial skin made of silicone and electrodes that simulates the perception of touch using haptic feedback. The skin conforms to a wearer’s wrist or finger, and strain sensors precisely measure skin deformation. Based on these readings, the artificial skin then sends vibrations, generating pressure to simulate touch. This haptic feedback is controlled by the membrane’s soft pneumatic actuators that can be inflated with air. In practice, vibrations are produced by rapidly inflating and deflating these actuators at adjustable frequencies up to 100 Hz. The skin, which can be stretched up to four times its original length, can even endure up to a million cycles, touting tremendous durability and flexibility in a range of real-world applications.

Why it’s important: Haptic feedback provided by artificial skin could transform the nature of virtual reality, allowing users to “touch” elements in the virtual world. The addition of a fully integrated sensory layer would redefine the nature of immersion, rendering mixed reality experiences almost indistinguishable from those within the physical world. Yet beyond augmented reality and virtual reality, haptic feedback through a “second skin” of sorts could have an invaluable impact in medical rehabilitation. Although EPFL’s artificial skin has only been tested on fingertips, the team plans to create a prototype for neurological studies to stimulate the body while researchers record brain activity, unlocking novel research tools in neuroscience. | Share on Facebook.

What it is: You can now tour 21 rooms of King Louis XIV’s Château de Versailles, inspect over 100 paintings and sculptures, and zoom in on tapestries, ceilings, and furniture— without battling any crowds. Google and the Château de Versailles recently released their joint virtual reality travel project, which takes viewers through 387,500 square feet of internal castle surfaces, all from the comfort of an Oculus Rift or HTC Vive headset. The largest photogrammetry project ever done on this site, the experience required over 4TB of data capture, and Google’s texturing of 15 billion pixels. In success, the coveted King and Queen's State Apartments, Royal Opera House, Royal Chapel, and Hall of Mirrors are now accessible from anywhere in the world, private audio tour included. Even those without the necessary VR headsets can access a taste of the experience through the Google Arts and Culture smartphone app.

Why it’s important: With over 7.5 million annual visitors, Versailles is one of the highest-traffic tourist attractions in all of France. Yet the time and travel costs required to reach it prohibit millions more from ever getting there. Photogrammetry (the data capture method) and VR (the interface) will converge to make countless international landmarks accessible to anyone, anywhere, in life-like resolution. In doing so, every curious mind will be able to tour the wonders of the world, from the comfort of a desk, home, or classroom. HTC Vive and Oculus Rift owners can already explore the Grand Canyon, Alcatraz prison cells, and Mount Everest through various apps. Yet as photogrammetry software and autonomous data capture bots grow ever more sophisticated, VR will democratize travel in unprecedented realms, one day allowing first graders to travel to the Moon or planets even farther afield. | Share on Facebook.

What it is: Researchers at Russia’s Skolkovo Institute of Science and Technology (Skoltech) have successfully utilized recent advances in wearable displays and haptic feedback to enhance interactions between humans and robotic swarms. Dubbed SwarmTouch, the method allows a human operator to communicate with and guide nano-quadrotor drone swarm formation directly via vibrational feedback. Users can then change swarm dynamics to avoid hitting obstacles simply by moving their hands at different speeds or in different directions. In contrast to current methods of robotic swarm control—which are often hard-coded and predetermined—SwarmTouch allows operators to change swarm dynamics in real-time, unlocking potential for navigation in cluttered and complex environments, such as urban centers.

Why it’s important: As expected, researchers are now investigating alternate applications of SwarmTouch and its underlying technologies, whether in VR or leashed drone swarm iterations, whereby robots are attached directly to a user’s fingers. As we begin to enter the Spatial Web (or Web 3.0), remote control of connected devices and even partially autonomous robotic swarms will extend beyond the limitations of touch screens and keyboards. How might the use of haptic feedback, advanced sensors and immersive interfaces be applied more generally? What near-term use cases—from search and rescue operations to last-mile, high-precision delivery—might benefit most? | Share on Facebook. 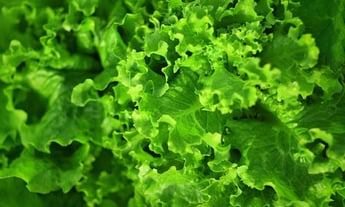 What it is: Scientists from the University of Sydney have developed a method of artificial photosynthesis that can capture carbon dioxide and water from the atmosphere, combine the two compounds, and convert them into usable hydrocarbon. The process works by creating a microplate of carbon layered with carbon quantum dots. These dots, in turn, include tiny pores that allow for absorption of CO2 and H2O. While the research has only been executed on a nanoscale, the team’s focus is shifting towards scalable catalyst synthesis solutions and reactor designs that might one day achieve large-scale conversion of CO2 into raw materials for fuels, pharmaceuticals, agrichemicals, and beyond.

Why it’s important: While global efforts are underway to curb emissions, it has become increasingly essential to extract CO2 from the atmosphere, reversing climate damage to the extent possible. Carbon capture technology has been around for a decade, yet it has historically required the costly and complex storage of carbon in deep underground chambers. By adopting nature's process of photosynthesis, we could not only remove carbon from the atmosphere but also generate feedstock for the production of everything from clothing to construction materials. As this and similar methods arise, wide-scale adoption of closed-loop carbon cycles could serve as a powerful method of both combating climate change and sustainably generating industrial quantities of materials. | Share on Facebook.

Photovoltaic-powered sensors for the 'Internet of Things.' 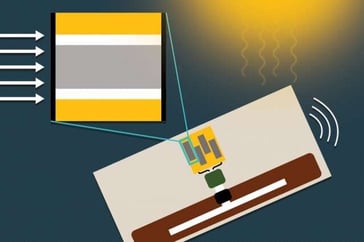 What it is: Researchers from MIT have developed a special type of photovoltaic cell that can be used to power sensors for the Internet of Things (IoT). Fundamentally different from traditional solar cells, these novel iterations use a special type of material known as perovskite (a light-sensitive crystal that has the potential to be more efficient, inexpensive, and versatile than all other existing solar solutions to date). The perovskite cells are mounted in the form of a thin film that integrates with tiny radio-frequency identification (RFID) tags. Capable of utilizing dim indoor light as well as outdoor solar light, these cells can potentially power RFID tags for years, even boosting their transmission range. Another application of boosted sensor power is the ability of a tag reader to collect data from multiple sensors simultaneously.

Why it’s important: The Internet of Things is becoming a global phenomenon, and sensors are expected to number more than 75 billion by 2025. In order to provide maximum use, however, sensors must be capable of maintaining operational power levels for months or even years at a time without battery replacement. By leveraging perovskite—whose conversion efficiency has increased dramatically in recent years—these novel photovoltaic-powered sensors could unlock the full potential of RFID and IoT technology, particularly in the monitoring of supply chains, construction, soil health and agriculture, energy usage, and beyond. | Share on Facebook.

The Future is Faster Than You Think