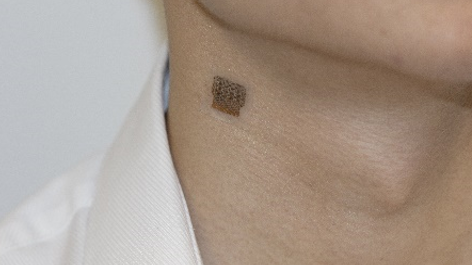 What it is: A team of researchers led by Sheng Xu at UC San Diego is working on a patch that can continuously measure someone’s central blood pressure, touting dimensions no greater than a postage stamp. The stick-on silicon elastomer patch emits ultrasonic waves that penetrate the skin and reflect off tissue and blood underneath. Once sent back to the wearable sensor, these reflections are then communicated to a laptop, which processes all blood pressure data instantaneously. Although most effective when placed on the neck, the wearable device has been found capable of continuously and accurately monitoring central blood pressure from multiple contact points, sensing deep beneath the surface of a patient’s skin.

Why it's important: While the patch’s current iteration must be wired to a laptop and power source, it's the first known wearable device that begins to approximate the current gold standard for measuring central blood pressure -- a much more invasive technique requiring a catheter inserted near the heart. Long term, as such devices advance in accuracy and go wireless, monitoring heart conditions as well as other vital organs will become an automatic, everyday convenience, allowing doctors to keep an eye on patients with conditions like hypertension, without posing an infection risk. And as suggested by Sheng Xu, such ultrasound patches could yield results even outside the body, helping to find small cracks in complex mechanical parts, for instance. | Share on Facebook 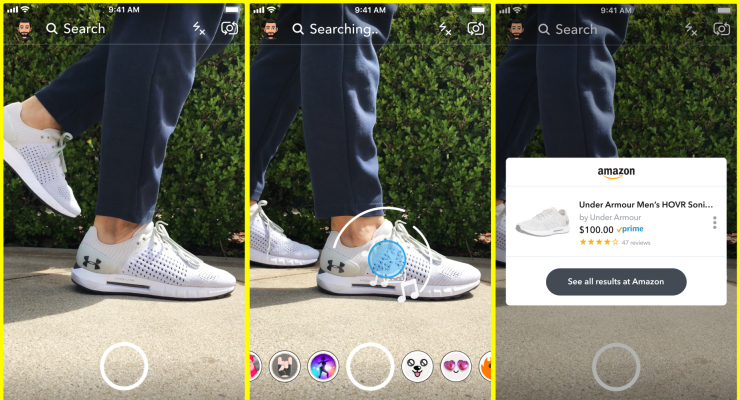 What it is: Confirming rumors from earlier this year, Snapchat officially released its visual search feature, developed in partnership with Amazon. By pointing your Snapchat camera at a barcode or object and pressing on the camera screen, users are taken to an Amazon link showing them the object or similar ones that can be purchased via Amazon. The idea here is to make it easier to find and buy objects that you either don’t know the name of or find difficult to describe. At a tactical level, this is a boon for Snapchat as it looks to turn around recent losses and keep users engaged.

Why it's important: Combined with Pinterest’s Lens Visual Search Tool and Apple’s embedded AR features in iOS 12, this speaks to a broader trend of Artificial Intelligence and Augmented Reality sliding into daily life almost unnoticed. How will you use the growing number of AI, AR, and ML services to improve the services you provide? | Share on Facebook 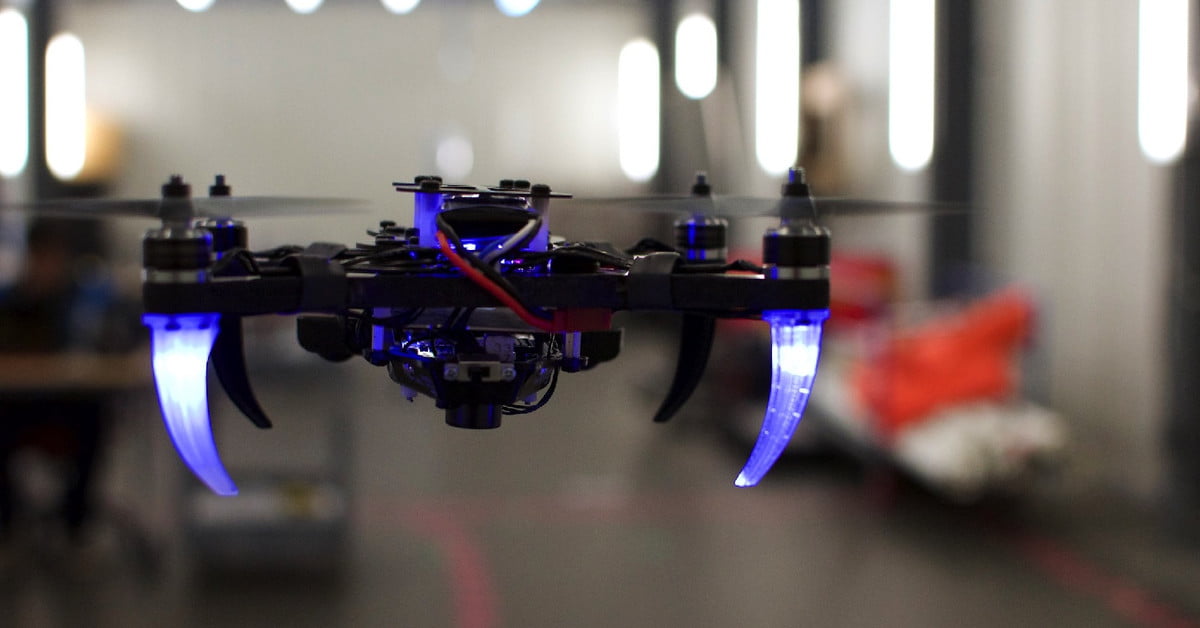 What it is: Research engineers from NYU, the University of Pennsylvania, and the U.S. Army Research Laboratory have created a way to guide a drone with only a pair of eye- and gaze-tracking glasses. Using a pair of Tobii Pro Glasses 2, the team used a neural network to detect head orientation and gaze to determine where the user is looking, giving the drone a waypoint in 3D space without the need for instrumentation in the overall environment.

Why it's important: The most immediate application lies in radically simplifying the user interface, allowing people with very little experience to safely operate drones. As the researchers note, longer-term plans are to incorporate gesture and vocal interactions into the setup, enabling new ideas for anticipatory human-robot interfaces. | Share on Facebook 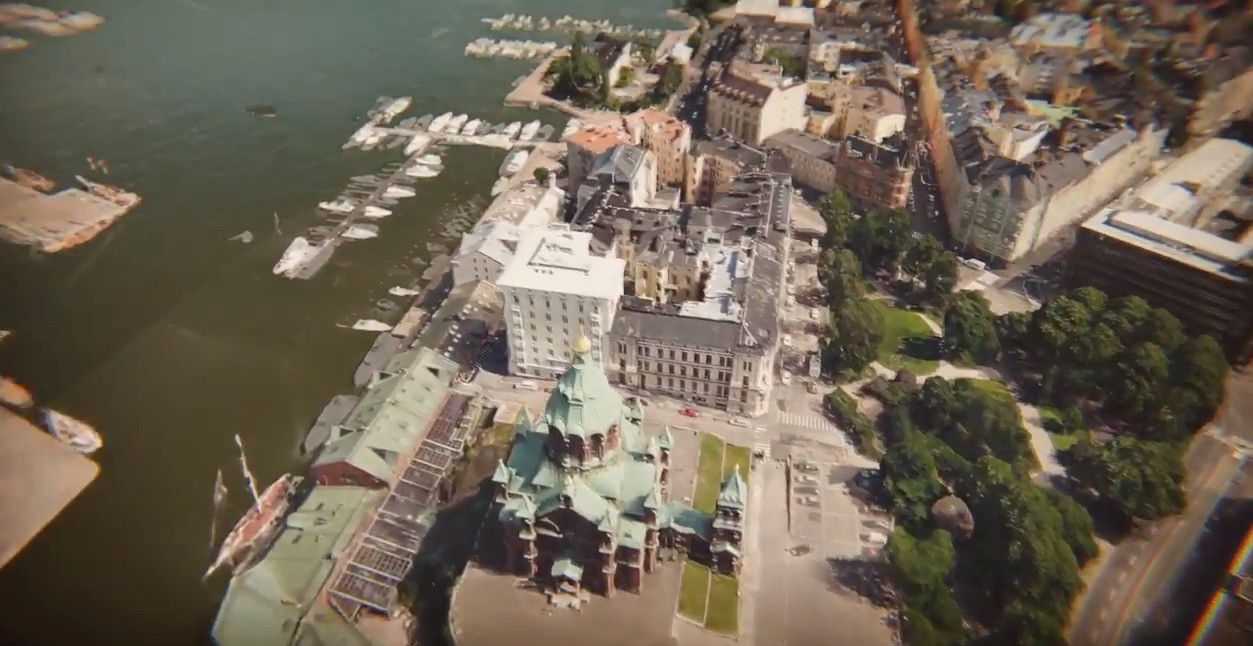 What it is: Umbra is redefining rapid visualization of 3D objects, structures, and landscapes. Last year, the company unveiled a tool called Composit, a software for viewing complex 3D models in the cloud. The core of Umbra’s cloud services enables anybody, anywhere to upload and share complex 3D environments. The Umbra team now says that they can create 3D models of entire cities, with resolutions as fine as a grain of sand. Umbra plans to crowdsource the image capture of cities by leveraging people with smartphones. Umbra recently announced a partnership with Helsinki to produce a high-resolution, textured 3D mesh. The team’s long-term goal is ambitious: generate a high-resolution 3D map of the entire planet -- potentially a formidable rival to Google Maps.

Why it's important: Cloud-based 3D modeling can digitize and delocalize hardware limitations, allowing engineers and designers anywhere in the world to take advantage of powerful graphics software. Additionally, as Peter discusses, we are rapidly approaching a trillion-sensor economy -- this story is further evidence that anyone, anywhere with a smartphone can contribute to a massive global information project. | Share on Facebook 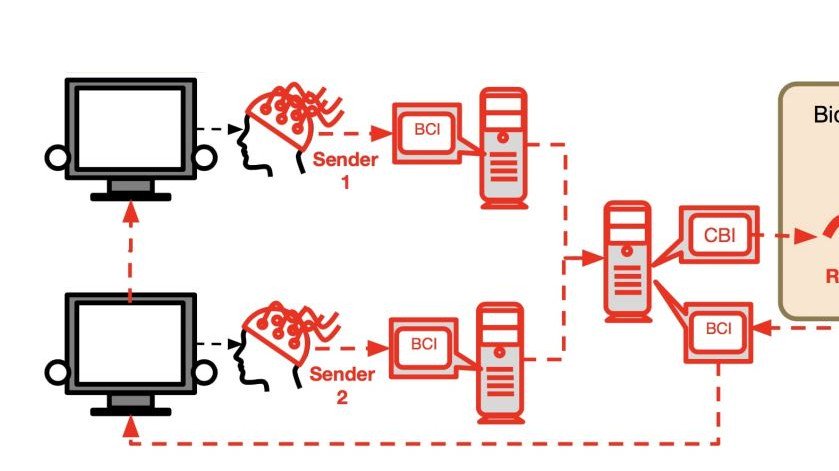 What it is: University of Washington researchers have created BrainNet, the first brain-to-brain communication network that allows multiple parties to interact using only their thoughts. Researchers used electroencephalograms (EEGs) and transcranial magnetic stimulation (TMS), which effectively give researchers the ability to read and write brain signals, respectively. The three participants whose brains were connected played a modified Tetris-like game, only communicating through EEG, TMS, and a binary set of 15 Hz and 17 Hz light bulbs.

Why it's important: For the first time in human history, researchers (and biohackers) are able to augment the human body with better senses and cognitive capabilities. Brain-computer interfaces will dramatically augment the world. What new sensory, computation, or communication capabilities are you most excited to gain? | Share on Facebook

No Cash Needed At This Cafe: Students Pay The Tab With Their Personal Data 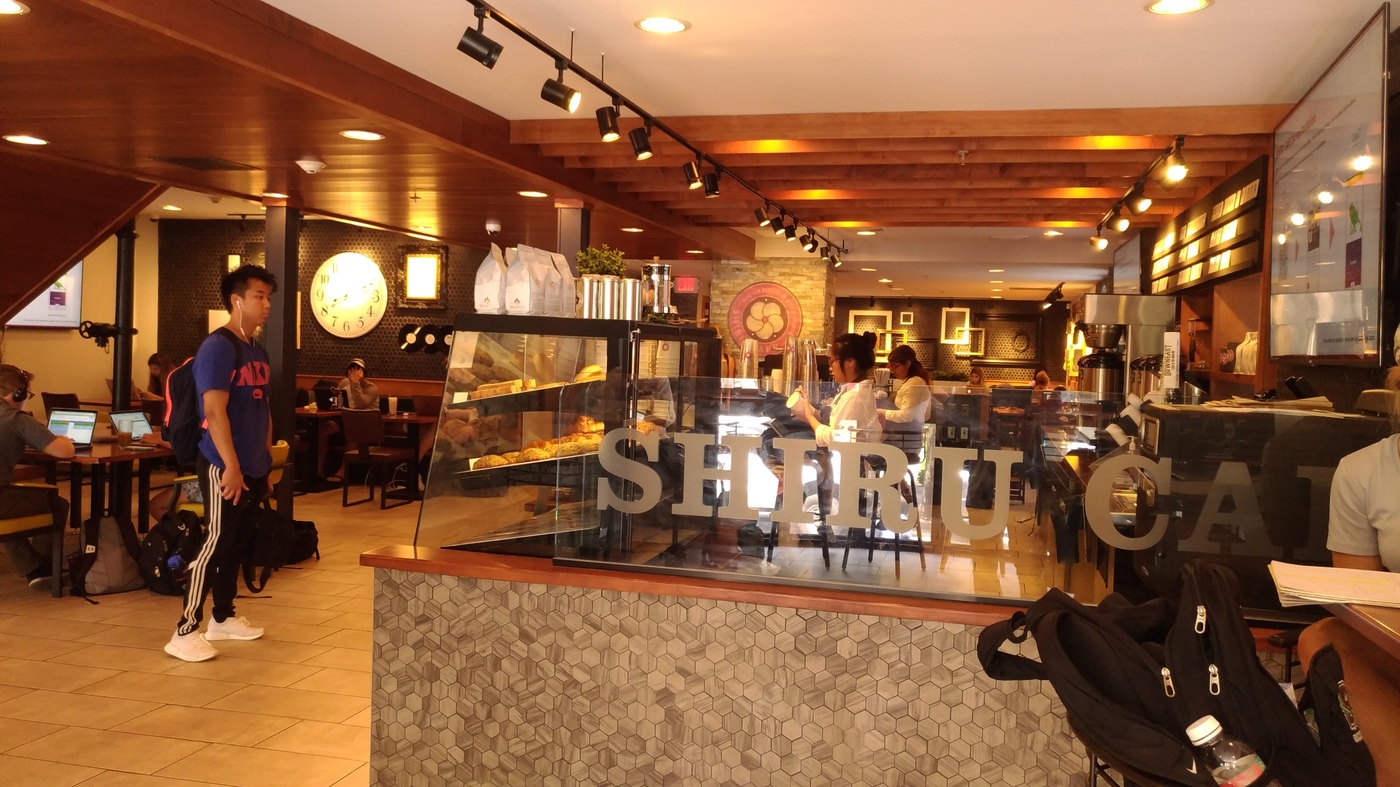 What it is: Testing a new form of barter near Brown University in Rhode Island, Japanese-owned Shiru Cafe is an unconventional coffee shop where data, not cash, is the preferred currency. Trading personal data for cups of coffee, students visiting Shiru give their names, phone numbers, email addresses, academic majors, and — likely of greatest interest to Shiru — their professional interests and intended career choices. Shiru’s corporate sponsors pay the cafe for access to its clientele via logos, apps, digital ads, surveys and in-person barista promotions.

Why it's important: While Shiru reportedly doesn't release specific student data, Shiru’s aggregate data on students — if cleaned and optimized — represents a data-driven recruitment center. Maximizing data throughput with student-coveted goods (paid for by a third party) is itself a new business model, brokering personalized professional connections using one of the most important assets on a modern company’s balance sheet: data. And with a history of prominent corporate sponsors like Microsoft, Nissan, and Suzuki, Shiru sets a promising precedent for those looking to better leverage customer data and pursue top talent. | Share on Facebook

The Future of Government... in a Digital Age