What it is: Whereas most computer vision systems rely on enormous labeled datasets, a team of researchers at MIT’s CSAIL has built a computer vision system capable of recognizing and mapping objects it has never seen before. Coined "Dense Object Nets" (DON), the neural network uses a brief visual inspection of its target object to autonomously map out its various points and create a complex coordinate system of its shape. Geared with this 3D visual roadmap, DON-geared robots can then act upon different objects with minimal direction. Instructed to pick up a shoe by its tongue, for instance, and the robot will seamlessly identify the tongue of any newly presented shoe — regardless of shape, size, orientation or style — grasping with almost intuitive ease.

Why it's important: Independent of any pre-training with labeled datasets, DON’s ability to visually map out unfamiliar objects without human intervention marks a considerable step forward in computer vision. Capable of what researchers term “self-supervised” learning, DON could one day be used in a variety of tasks that require higher levels of what we might call “human intuition.” Think: sorting recyclables and learning new forms of plastic waste as they enter a waste management center, organizing complex warehouses, or even tidying your home according to a picture of your desired living room look. And with current-day advances in “self-supervised” learning, MIT’s researchers now strive to hone DON-geared bots that can figure out where to grasp objects all on their own, bypassing human input from start to finish. | Share on Facebook 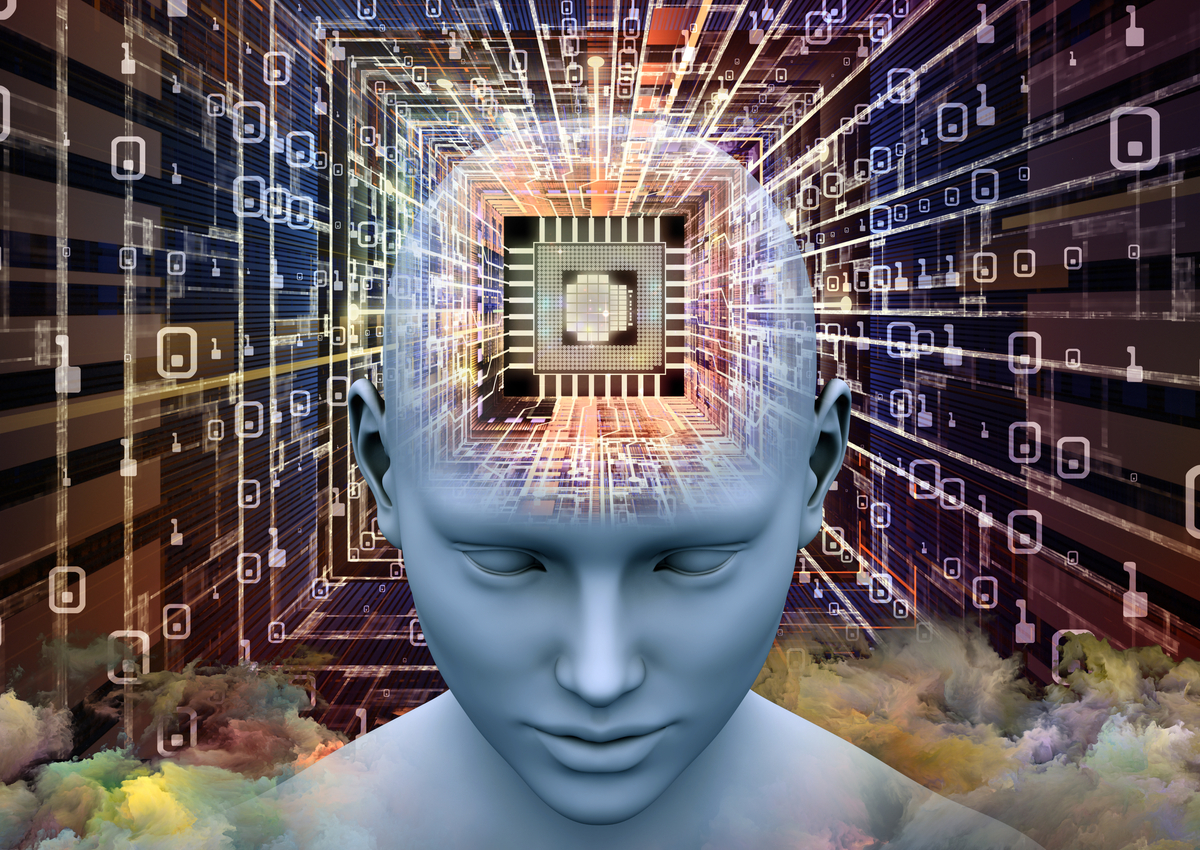 What it is: In separate reports, McKinsey and Tata recently outlined the socioeconomic impacts of Artificial Intelligence and automation over the next 10 to 12 years, with both expecting AI to contribute to GDP growth -- as much as 1.2 percent over the next 10 years -- and $13 trillion in net economic benefits could be captured over the next 12 years. These forecasts also introduce several opportunities for entrepreneurs. At a technical level, a paucity of labeled data sets, lack transparency in Artificial Intelligence systems, and difficulty in generalizing models across domains will need to be solved. At a social level, employees will need to be retrained, and policymakers will need steady hands through the transition.

Why it's important: It’s clear that exponential technologies are accelerating and combining in exciting, unexpected ways for the benefit of humanity. At the same time, the resulting social changes will also happen faster than anything we have experienced in the past, creating discomfort for a large number of people. What opportunities does this create for your business? New markets? New ways to attract top talent? | Share on Facebook 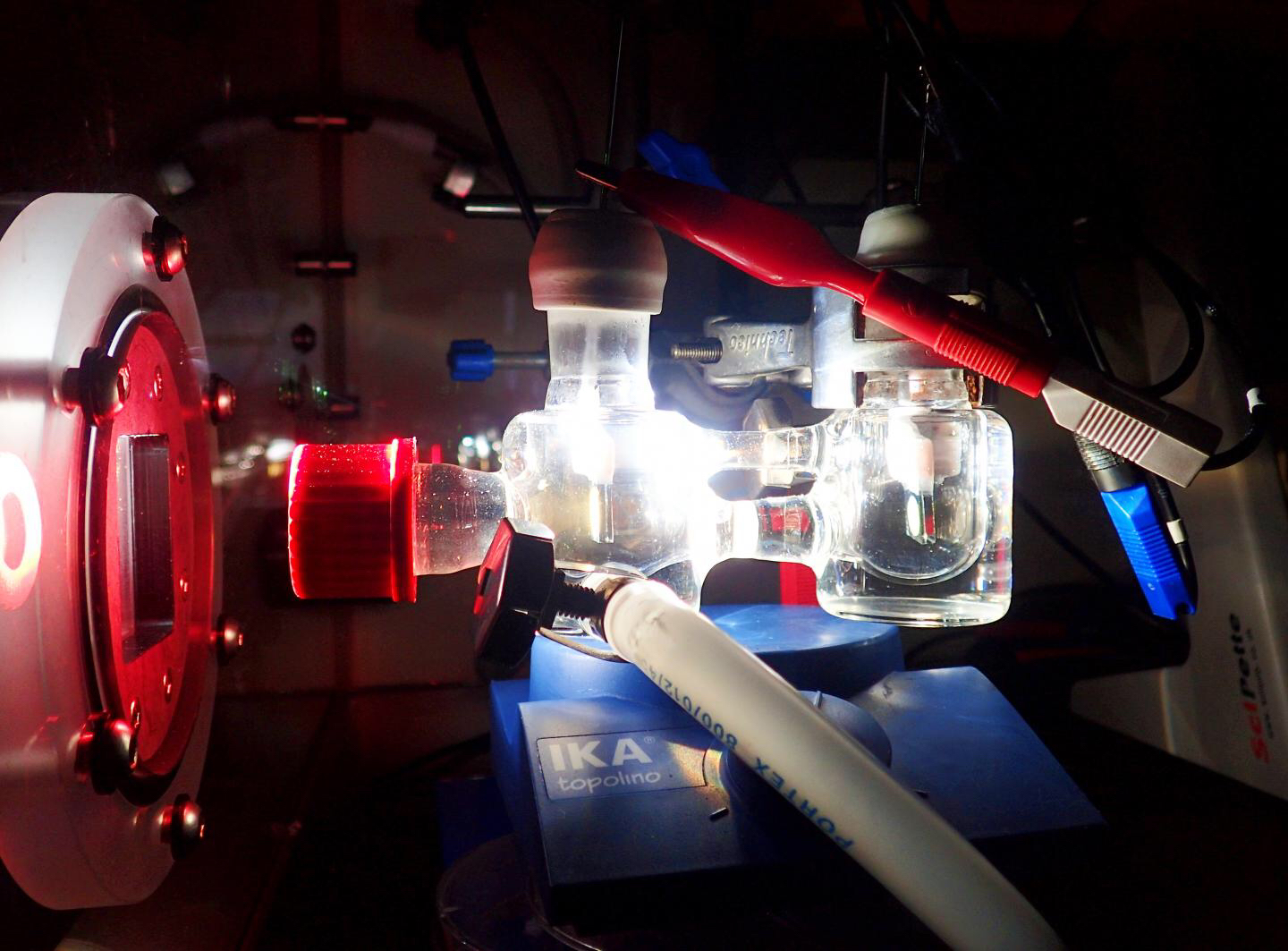 Why it's important: Peter often discusses our transition from evolution by natural selection to evolution via intelligent direction. Building on this concept, biomimicry enables engineers and designers to accelerate the optimization and evolution processes even further. | Share on Facebook 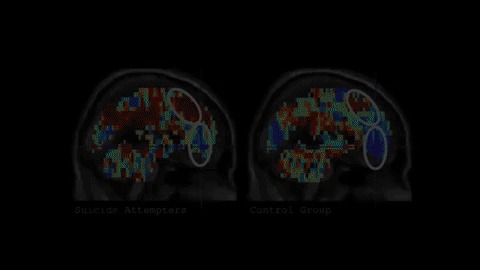 What it is: Spotting the signs of suicide can be difficult. Now, building on their work published last year, researchers at Carnegie Mellon and the University of Pittsburgh have been awarded a $3.8 million grant from the NIMH to establish a more precise method of identifying those at risk. In the 2017 study, the team applied a Gaussian Naïve Bayes algorithm – a type of machine learning – to suicidal subjects’ neuronal signatures of death and related concepts, accurately identifying suicidal individuals with 91 percent accuracy, and also correctly discriminated 9 people who had previously attempted suicide from 8 who had not. The team now looks to expand their studies to include a larger number of subjects, with the ultimate goal of predicting future behavior and identifying a peripheral measure (think galvanic skin response, heart rate, etc) that correlates with neuronal activities, enabling clinicians to test in office without the need for an fMRI.

Why it's important: As the digitization of health data sets explodes, a large number of new and novel applications of machine learning are popping up to simultaneously solve big problems (e.g. identifying suicide risk) and provide deep insights into of our biology (e.g. areas of the brain associated with suicidal behavior). What opportunities do you see when thinking about these discoveries as building blocks? | Share on Facebook

Running Quantum Algorithms in the Cloud Just Got a Lot Faster 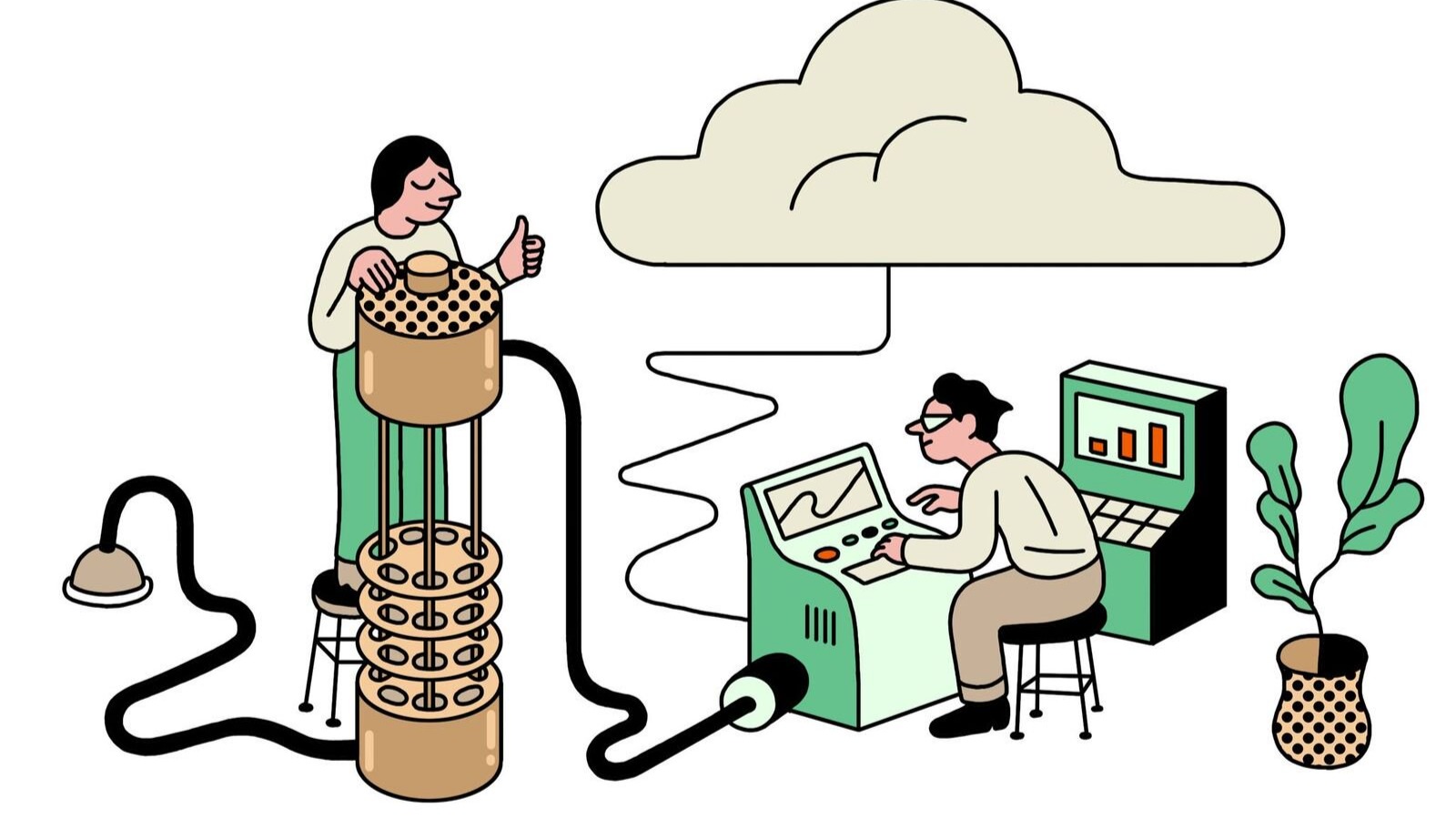 What it is: Earlier this year, Rigetti Computing rolled out Forrest, a quantum development package that allowed users to interface with Rigetti’s quantum processors in the programming language Python over the cloud. Rigetti recently announced a more robust Quantum Cloud Services and a $1 million incentive competition to accelerate quantum advantage -- showcasing that a quantum computer can solve a valuable problem with a higher quality, faster, or cheaper solution than a classical computer.

Why it's important: Packed with different mechanisms to shield the ever-so-sensitive quantum-bits (qubits) from the heat, noise, and electric fields of the environment, quantum computers are currently fairly large, expensive devices. Rigetti is trying to digitize, and thereby move towards demonetized, delocalized, and democratized access to quantum computing power. The Rigetti team is taking valuable lessons from the classical computing and data storage progression to cloud-based hardware. In parallel, incentive competitions are an excellent innovation driver, with the power to kickstart entire industries. | Share on Facebook 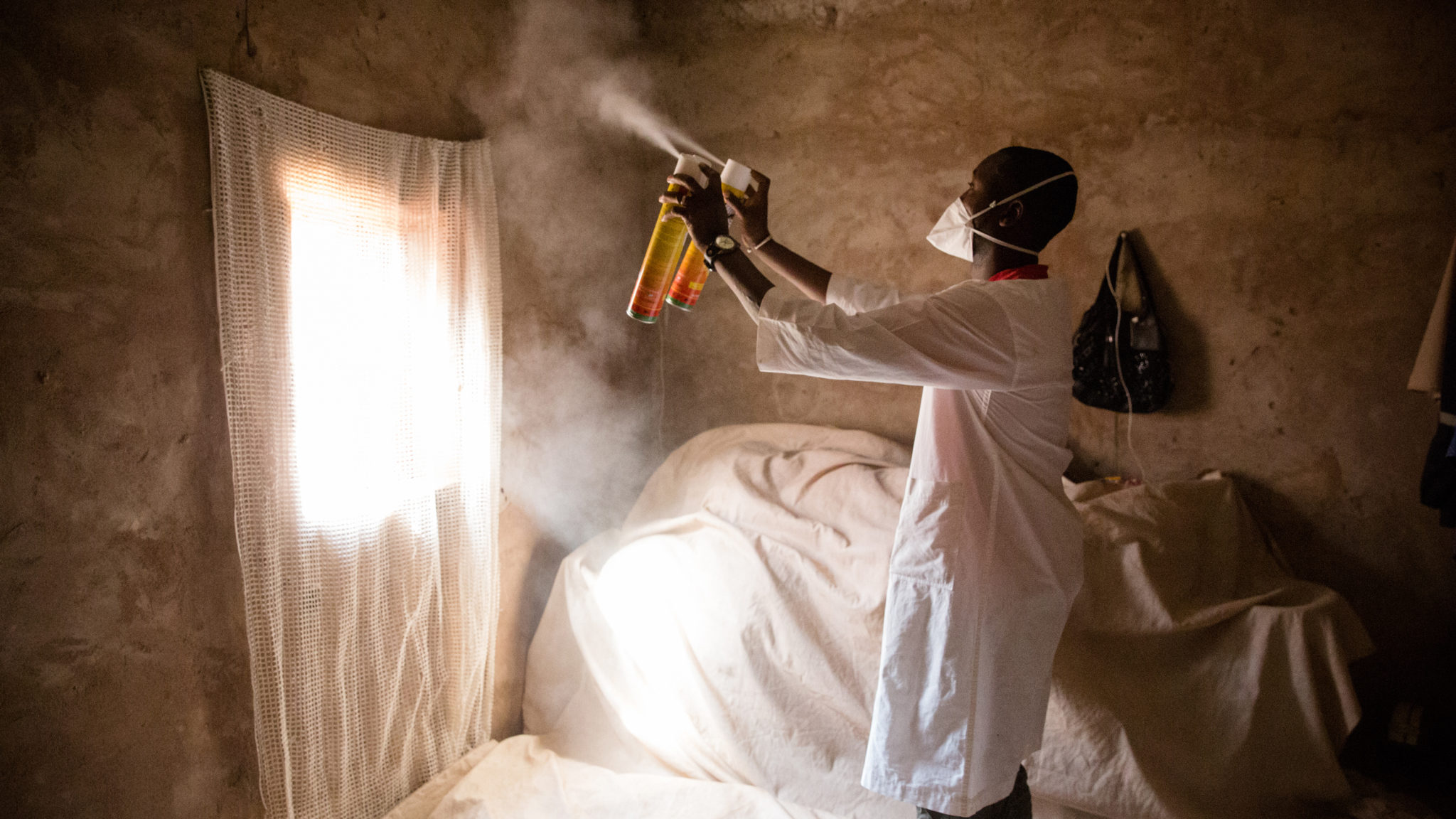 What it is: Burkina Faso’s government has just granted scientists permission to release up to 10,000 genetically engineered mosquitoes in the coming year — the first time any genetically modified animal would be released into the wild in Africa. Working under coordination of the “Target Malaria” project, teams in Burkina Faso, Mali and Uganda are striving to build the legislative groundwork for a more significant “gene drive” that could one day entirely eliminate the deadly disease. While not intended to severely impact the insect population for now — no mutations related to malaria transmission are involved (yet) — these genetically engineered mosquitoes would have a “sterile male” mutation, preventing all males from producing offspring.

Why it's important: In just 2016, malaria cases grew to an estimated 216 million, and only a year before, between 438,000 and 720,000 people were killed by the parasite (nearly 90 percent of whom were in sub-Saharan Africa). But now with $70 million in backing from the Bill and Melinda Gates Foundation, the three research teams under Target Malaria hope this initial launch will establish the necessary public trust among locals and regulators alike for a much more hard-hitting, long-term bioengineering solution: "gene drive" mosquitoes. Aimed at propagating a particular suite of genes throughout the population of a species, a malaria-targeting "gene drive" could either enhance resistance to the parasite or bias sex ratios, causing a population crash. And by targeting the disease at its source, such an initiative might put an end to one of the continent’s greatest debilitators, once and for all. | Share on Facebook