In this week's Abundance Insider: $100 ultrasounds, a new drone flight breakthrough, and the largest deal for driverless grocery delivery.

P.P.S. Last week, Abundance Digital streamed an exclusive webinar with Ray Kurzweil. If you missed it, or wish to watch again, you can view the recording here.

What it is: University of British Columbia engineers recently built a new ultrasound transducer that can lower the cost of ultrasound to under $100. The patent-pending sensor is smaller than most bandages and can be powered by a smartphone. Conventional ultrasounds operate using a piezoelectric transducer; the UBC team synthesized a polymer resin (i.e. polymer capacitive micro-machined ultrasound transducers) to replace the expensive piezoelectrics. The sonograms produced from this new polymer-based transducer are as clear as traditional sonograms; in addition, the new polymer is flexible and can be built into a variety of wearable devices. “You could miniaturize these transducers and use them to look inside your arteries and veins,” said engineer Robert Rohling. “You could stick them on your chest and do live continuous monitoring of your heart in your daily life. It opens up so many different possibilities.”

Why it's important: We are rapidly approaching a 1-trillion-plus sensor economy, where you’ll be able to know anything, anywhere, at anytime. A variety of smart sensors will augment our five biological senses with unthinkable data acquisition capabilities. Healthcare is one of the first areas that will benefit from sensors. Imagine a future where we no longer need to worry about curing cancer, because our personal tumor-seeking sensor-shell can detect early signs of cancer before cells even become cancerous. | Share on Facebook

What it is: San Francisco startup UDELV recently signed a deal with a number of grocery chains in Oklahoma City to provide purpose-built autonomous delivery vans to deliver groceries starting next year. Vehicles will have 18 compartments for individual deliveries, opened by a code given to the customer via mobile app. While the vehicles will have Level 4 autonomy, a driver will remain behind the wheel until regulators approve full autonomy.

Why it's important: Like Kroger’s recent announcement with Nuro, this adds momentum to the autonomous vehicle space as a whole, and particularly to the concept of specialty vehicles. These delivery vehicles are often overlooked in analyses of adoption, congestion and regulatory planning. Could non-personal transport be a metric to watch for broad adoption of driverless cars? | Share on Facebook

What it is: A current limitation on the accuracy of machine learning and AI systems is access to training data, particularly in a healthcare setting, where privacy concerns add additional limits. To address this need, Nvidia, the Mayo Clinic, and the MGH and BWH Center for Clinical Data Science have created a general adversarial network (GAN) to create synthetic 3D MRIs of brains with cancerous tumors. These synthetic images were then used to train neural networks to identify the presence of cancer on real patient data. So far, images have increased the accuracy of models by up to 80 percent, a 14 percent improvement and big step in identifying cancer earlier.

Why it's important: Applying seemingly trivial concepts from one area to another -- like using a GAN to create faces -- can enable breakthroughs and a tangible positive impact. Look for Nvidia and team to fine-tune this approach to other types of cancer and disease in the brain to dramatically improve patient care. | Share on Facebook

Machines Will Do More Work Than Humans By 2025, Says The WEF

What it is: The World Economic Forum has just released its latest AI job forecast, projecting changes to the job market on a historic scale. While machines currently constitute roughly 29 percent of total hours worked in major industries -- a fraction of the 71 percent accounted for by people -- the WEF predicts that in just 4 years, this ratio will begin to equalize (with 42 percent total hours accounted for by AI-geared robotics). But perhaps the report’s most staggering projection is that machine learning and digital automation will eliminate 75 million jobs by 2025. However, as new industries emerge and technological access allows people to adopt never-before-heard-of professions, the WEF offers a hopeful alternative, predicting the creation of nearly 133 million new roles aided by the very technologies currently displacing many in our workforce.

Why it's important: Already, more than 57 million workers -- nearly 36 percent of the U.S. workforce -- freelance. And based on today’s workforce growth rates as assessed by 2017’s Freelancing in America report, the majority of America’s workforce will freelance by 2027. Advancements in connectivity, AI technology and data proliferation will free traditional professionals to provide the services we do best. Doctors supplemented by AI-driven diagnostics may take more advisory roles, teachers geared with personalized learning platforms will soon be freed to serve as mentors, and barriers to entry for entrepreneurs -- regardless of socioeconomic background -- will dramatically decline. | Share on Facebook

What it is: Impossible Aerospace has announced the US-1, an unmanned quadcopter that can fly for over 2 hours on a single charge. That's over four times as long as similar battery-powered drones, and on par with gas-fueled systems. US-1 can carry a payload of up to 2 kg (~4.4 pounds), with options like multispectral sensors, survey cameras and optical cameras.

Why it's important: Beyond its substantial flight time improvement, the US-1 demonstrates the engineering breakthroughs enabled by first-principles thinking. "Most drones are designed with the philosophy that once you are done figuring out the payload and propulsion, you add the battery pack," Impossible Aerospace CEO Spencer Gore, who previously worked at Tesla, told IEEE. "Instead, from the very beginning, we designed a battery pack that was meant to fly." | Share on Facebook 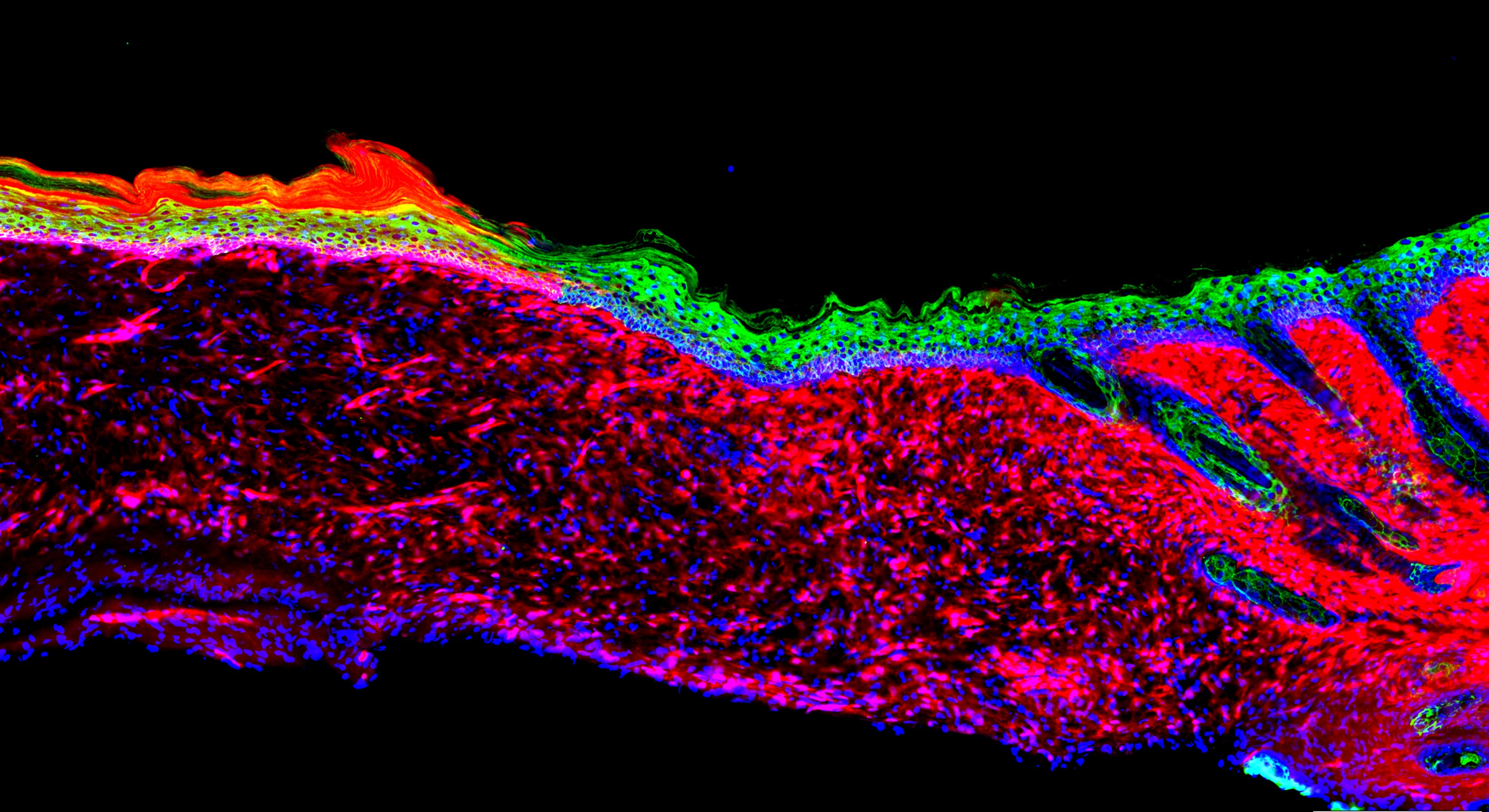 What it is: Cutaneous ulcers are a pervasive problem affecting those with bedsores, burns, and chronic diseases like diabetes. Beyond the pain, they can lead to infections and even amputations. To speed up and create a more effective treatment, researchers at the Salk Institute have discovered a way to reprogram mesenchymal skin cells -- which help close wounds but cannot rebuild healthy skin -- into stem-cell-like basal keratinocytes, which are precursors to many different types of skin cells. After identifying a set of four proteins -- dubbed “reprogramming factors” -- the team applied a topical solution onto mesenchymal cells in a petri dish and later ulcers in mice. In just 18 days, the mesenchymal cells were transforming into normal skin cells, and 3 to 6 months later, the cells were functioning like normal skin with no visible scar tissue.

Why it's important: As the authors note, this initial proof of concept for the in-vitro regeneration of three-dimensional tissue “could be useful for repairing skin damage, countering the effects of aging and helping us to better understand skin cancer,” all of which point to an increased healthy lifespan. | Share on Facebook

Abundance Digital is Peter’s online educational portal and community of abundance-minded entrepreneurs. You’ll find weekly video updates from Peter, a curated news feed of exponential news, and a place to share your bold ideas. Click here to learn more and sign up.