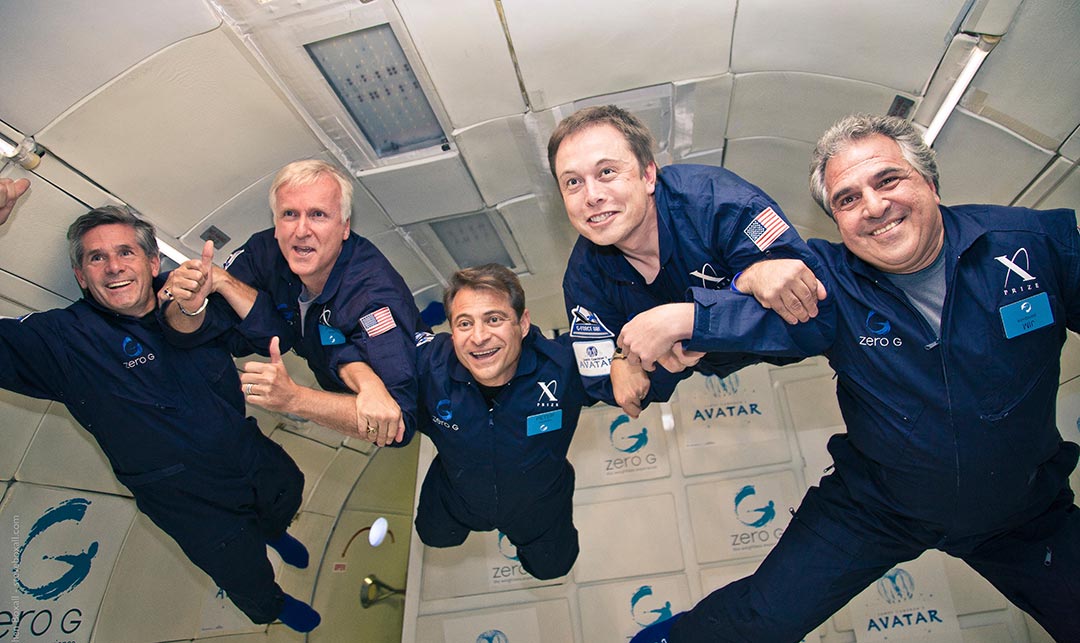 I first heard this phrase from Burt Rutan, the man who designed and built SpaceShipOne, the brilliant vehicle that won the $10 million Ansari XPRIZE.

As Rutan explained it to me, if the breakthrough idea wasn’t considered “crazy” just a few days ago, then it's not a true breakthrough. A computer that is 10% or 20% faster is predictable and incremental. Going from vacuum tubes to silicon for computation, on the other hand, is a real breakthrough.

This mantra fueled me to push past the criticism for many of my own crazy ideas.

To ignore the many “experts” who said it couldn’t be done, and ultimately to bend reality toward the future I passionately desired.

If I had to name my superpower, it would be persistence (or grit) — i.e. not giving up, even when everyone is telling me that it isn’t going to work.

In reality, many of my successes have taken me 10 years or more to implement.

Here are a couple of stories:

In 1993, I wanted to fly on NASA’s zero-g (KC-135) plane used to simulate weightlessness and train NASA’s astronauts.

As much as I tried, NASA turned me down.

My response was, “Okay, screw it. If I want to experience it that much, I bet others do as well... I’ll start a zero-g company myself.”

So I did. Along with my co-founders -- astronaut Byron Lichtenberg and NASA scientist Ray Cronise -- I became CEO of a company called Zero Gravity Corporation, or Zero-G.

Back in May 1993 we had our first meeting with the FAA. Their response? "YOU WANT TO DO WHAT?"

My answer: “Put 36 people in an airplane, take off their seat belts, put the plane into a parabolic maneuver, 50 degrees nose up, over the top, and then 50 degrees nose down, where they can float in the center of the cabin for 30 seconds.”

This is where my passion hit a bureaucratic decade-long brick wall. It took us 11 years of constant pressure, hard work, and outlasting bureaucrats to become operational, which finally happened in September of 2004.

Since then, I’m proud to say that we’ve flown over 20,000 people ranging from age 7 to 93, including Professor Stephen Hawking and wheelchair-bound children, into weightlessness. You can book your flight here.

It was that leverage and efficiency of an incentive prize that led me to propose the idea of a $10 million purse for the first person to build and fly a reusable private spaceship carrying three people into space on two flights within two weeks.

In May of 1996, without the prize money in hand, I went onstage under the St. Louis Arch and announced the $10 million XPRIZE anyway.

I thought (mistakenly) that someone would quickly fund the $10 million prize purse. After all, you didn’t pay out the prize money until after a team had successfully completed both flights.

Finally (long story) in 2002, I met the Ansari family, who ultimately funded the $10 million purse (we named it the Ansari XPRIZE in their honor).

It took 12 years, from concept to Prize Award… Once again, this was a tale about grit, persistence and making my own luck. Today, as the XPRIZE Foundation is hitting its stride, the Foundation is now 24 years old with over $300 million in awarded, funded and/or designed XPRIZEs.

Two Questions for You:

I have two questions for you...

At the end of the day, the formula for a true breakthrough is equal to “having a crazy idea” you believe in plus the passion to pursue that idea against all naysayers and obstacles.