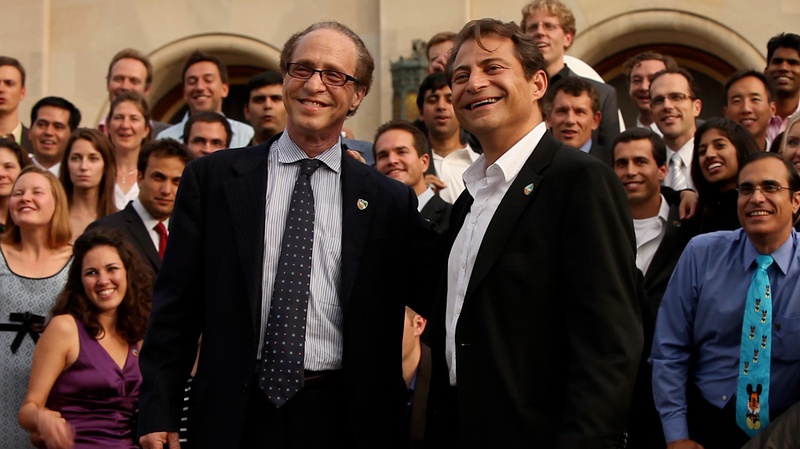 Ray Kurzweil has a documented 86% accuracy rate in his technological predictions.

I’m very proud to be bringing Ray back to spend the day with us at Abundance 360 this year.  And whether you join me live at the Summit, or via the livecast through A360 Digital, I can guarantee you amazing insights.

Ray will be participating in two ways...

First, he will join me in a Convergence Catalyzer Session that will look at the intersections between Brain-Computer Interfaces (BCI), Nanotechnology and Artificial General Intelligence (AGI). How will these three fields will intersect and converge to completely re-organize everything? How will they touch and/or disrupt various industries during the next 10 – 20 years?

Second, Ray will join me in a fireside chat (as in previous years) on predicting the future. My goal is to deliver members unfair advantages and insights on new business models and opportunities.

As you may already know, Ray is a brilliant technologist, futurist, and director of engineering at Google (focused on artificial intelligence and language processing).  I’m also very proud that he is my Co-Founder and the Chancellor of Singularity University.

Here’s a few of Ray’s predictions we discussed two years ago at Abundance 360, and the conversation we’ll continue during our dialogue this coming January 21 – 23: 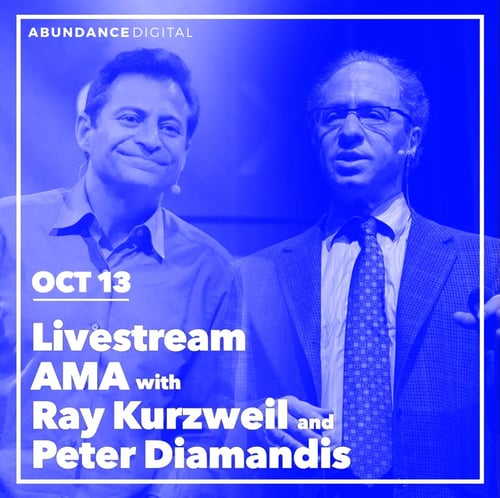 Join Peter Diamandis and Google Futurist Ray Kurzweil for a webinar on tech predictions and dangerous ideas this Friday, October 13th, starting at 11:30am PT.

As you’ve heard me say, the only constant is change, and the rate of change is increasing.

Most people have no idea how quickly things are moving. I see my role as the curator of Abundance 360 and Exec. Chairman of Singularity University as providing an “over-the-horizon radar” for our members and our executives.

I’m looking forward to seeing what breakthroughs and Moonshots you create after hearing Ray and the other tech rockstars we’ve assembled (including Astro Teller, head of X; Sebastian Thrun, founder, Udacity; and top leaders in Blockchain technology, Longevity, Energy and much more).

We are truly living during the most exciting time ever to be alive.

2. A360 Digital Mastermind: I’ve also created a Digital/Online community of bold, abundance-minded entrepreneurs called Abundance 360 Digital (A360D). A360D is my ‘onramp’ for exponential entrepreneurs – those who want to get involved and play at a higher level. Click Here to Learn More.

Podcast Episode 41: The Next Gold Rush is in Space

5 Stages of the Hype Cycle