5 Stages of the Hype Cycle 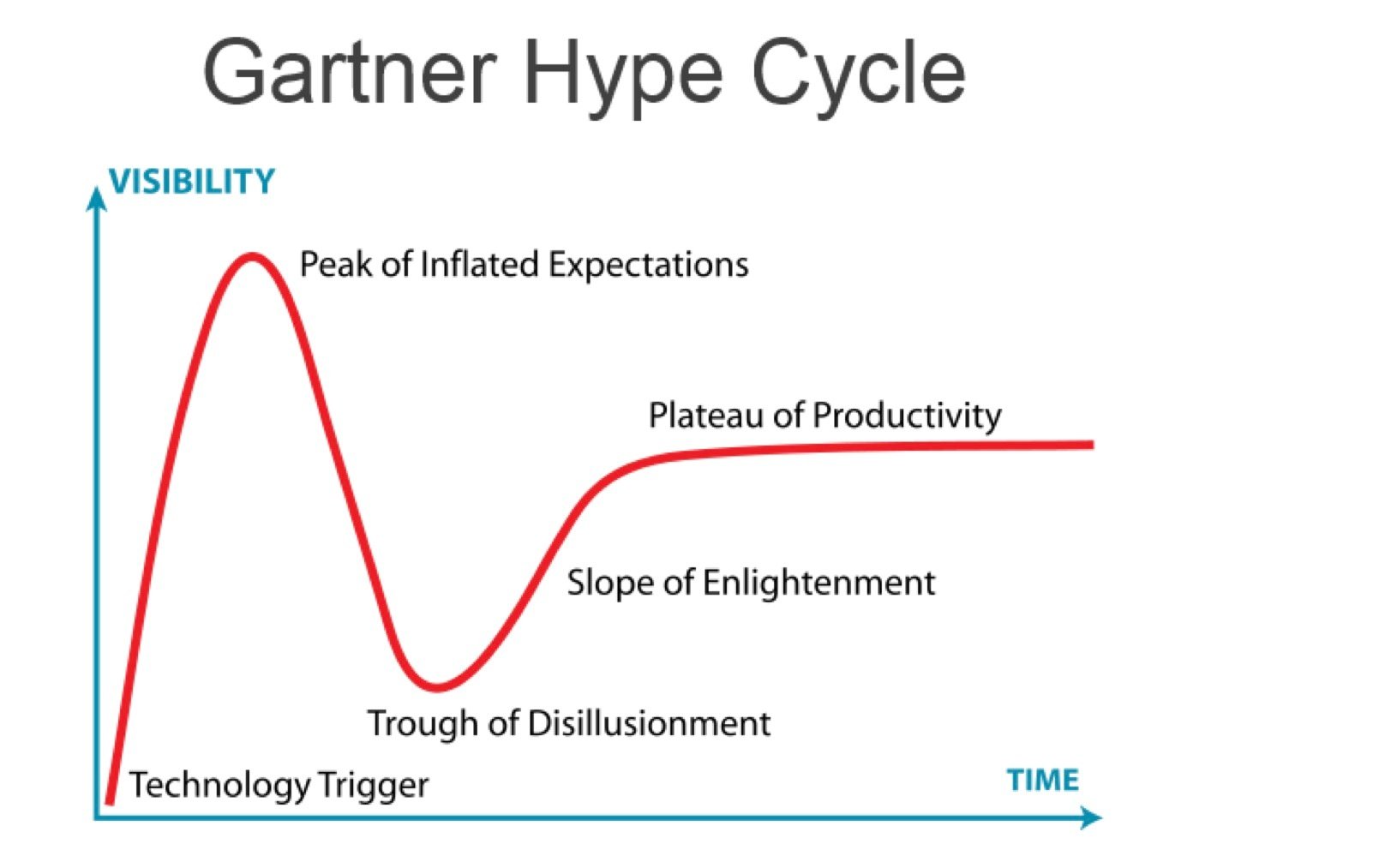 Humans are famously bad at predicting the future of technologies.

We tend to overestimate technology’s abilities in the near-term, and massively underestimate what it can do in the long term.

The shape of that curve has come to be known as the Gartner Hype Cycle, and the five stages of that curve are important for any entrepreneur or investor to understand.

Public excitement and anticipation of every technology, be it artificial intelligence, 3D printing, robotics, or blockchain, follow a similar path (see below). 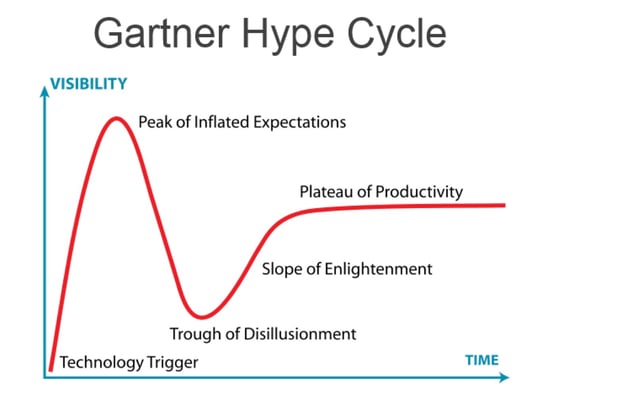 As you study the future of exponentially growing technology, it is vital for you to realize where you are in this hype cycle.

This ability to recognize points in a hype cycle is a key piece to reading an exponential roadmap, and will allow you to leverage these world-changing technologies to pursue your Moonshot.

2. A360 Digital Mastermind: I’ve also created a Digital/Online community of bold, abundance-minded entrepreneurs called Abundance 360 Digital (A360D).
A360D is my ‘onramp’ for exponential entrepreneurs – those who want to get involved and play at a higher level. Click Here to Learn More.