P.P.S. Want to learn more about exponential technologies and hone in on your MTP/ Moonshot? Abundance Digital includes 100+ hours of coursework and video archives for entrepreneurs, like you. Keep up to date on exponential news and get feedback on your boldest ideas from an experienced, supportive community. Click here to learn more and sign up.

What it is: The Auxdron, a UAV by General Drones, recently helped save a drowning woman's life in Valencia, Spain. Auxdron specializes in ocean rescue, and can be quickly deployed from land while rescuers make their way to debilitated swimmers. The lightweight, carbon fiber drone can fly for a maximum of 34 minutes without a payload, and 26 minutes with a payload of two life jackets. In this particular rescue case, Auxdron flew under the control of a land-based lifeguard to the drowning swimmer. The drone successfully deployed a life jacket to help stabilize the swimmer until a jetski-based lifeguard secured the swimmer. In addition to helping with the woman’s rescue, the drone remained with several other stranded swimmers as a visual marker of their location, tracking them until lifeguards arrived.

Why it's important: Drones, robots, and eventually avatars are playing an ever-increasing role in dangerous but important and life-saving jobs like search and rescue. In addition to saving lives in rescue situations with rapid response times, drones also save lives by replacing humans in hazardous, hard-to-reach places -- like roof or wind turbine inspection. The International Association of Certified Home Inspectors reports that there are over 164,000 emergency room-treated injuries from inspectors falling off ladders each year. How many thousands of lives could remotely or autonomously operated vehicles save? | Share on Facebook

Carnegie Mellon Researchers Create the Most Convincing Deepfakes Yet

What it is: Researchers at Carnegie Mellon have developed a more powerful AI algorithm for generating deepfakes, which are videos that superimpose the face of one person onto the body of another. Most current techniques for creating deepfakes have focused either on human faces, which has limited application to other domains and fails when presented with occluded images, or paired image translation, which requires considerable manual effort. Recycle-GAN, as its name implies, uses a General Adversarial Network and spatiotemporal cues to associate two pictures or videos, capturing subtle expressions like dimples without any manual supervision or specialized knowledge. It can also modify weather conditions in videos and synthesize entire new images such as a sunset, or adding wind to a breezeless day. In terms of accuracy, 15 test subjects were fooled 28.3 percent of the time, but researchers expect this to improve as the system learns to vary the speed of the generated output to feel more natural.

Why it's important: While we may be soon be tasked with more carefully discerning truth from fiction, this method should find other applications, such as teaching robots from human demonstrations. | Share on Facebook 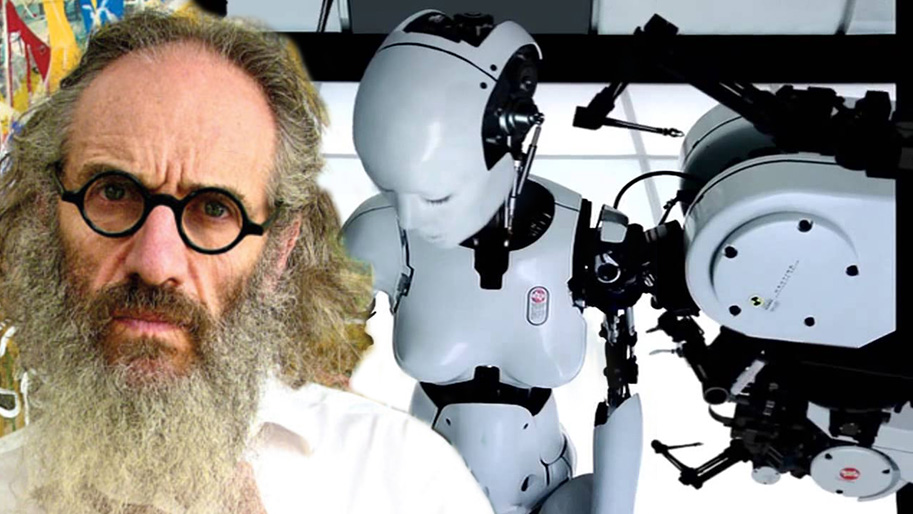 What it is: 'American History X' director Tony Kaye has signed to direct '2nd Born' (a sequel to the indie comedy '1st Born'), adding a potentially controversial element. Unlike other AI-based films that use CGI, Kaye will cast a real robot trained in various acting methods and hopes the AI will receive SAG recognition.

Why it's important: If successful, this will be a litmus test to public perception of robotics technology in areas distinctly unlike manufacturing. Track this trend, as it may provide insight into where we are on Peter's 6 D’s of exponentials. | Share on Facebook

What it is: Striving to make the U.K. a global destination for connected and autonomous vehicle (CAV) technology, Britain's government has just released plans for an AI simulator to test self-driving cars. A virtual recreation of 32 kilometers of Britain's Oxfordshire roads, the OmniCAV simulator also incorporates feature classification and retrieval of everything from road gantries to intersections. By creating a digital model with such close approximation to real roads, OmniCAV's engineers are thus able to test self-driving vehicle software in countless simulations without putting any real lives at risk.

Why it's important: According to British Member of Parliament Claire Perry, the global CAV testing market will surpass $1.16 trillion (£907 billion) in value by 2035 and create 27,000 jobs. Yet aside from optimizing autonomous vehicle technologies for road conditions and traffic delimiters, advanced AI simulators like OmniCAV will allow us to introduce human-level uncertainties, such as children playing alongside central roads or fallen branches in one's field of view. Perhaps most importantly, CAV simulation platforms will enable us to test for some of today’s most confounding ethical challenges surrounding self-driving cars -- how will your vehicle weigh your life in relation to that of a pedestrian or child? Who is now liable for collisions? And once all cars are connected via smart city infrastructure, how will this applications of artificial intelligence optimizes traffic flow and selectively value our time? | Share on Facebook 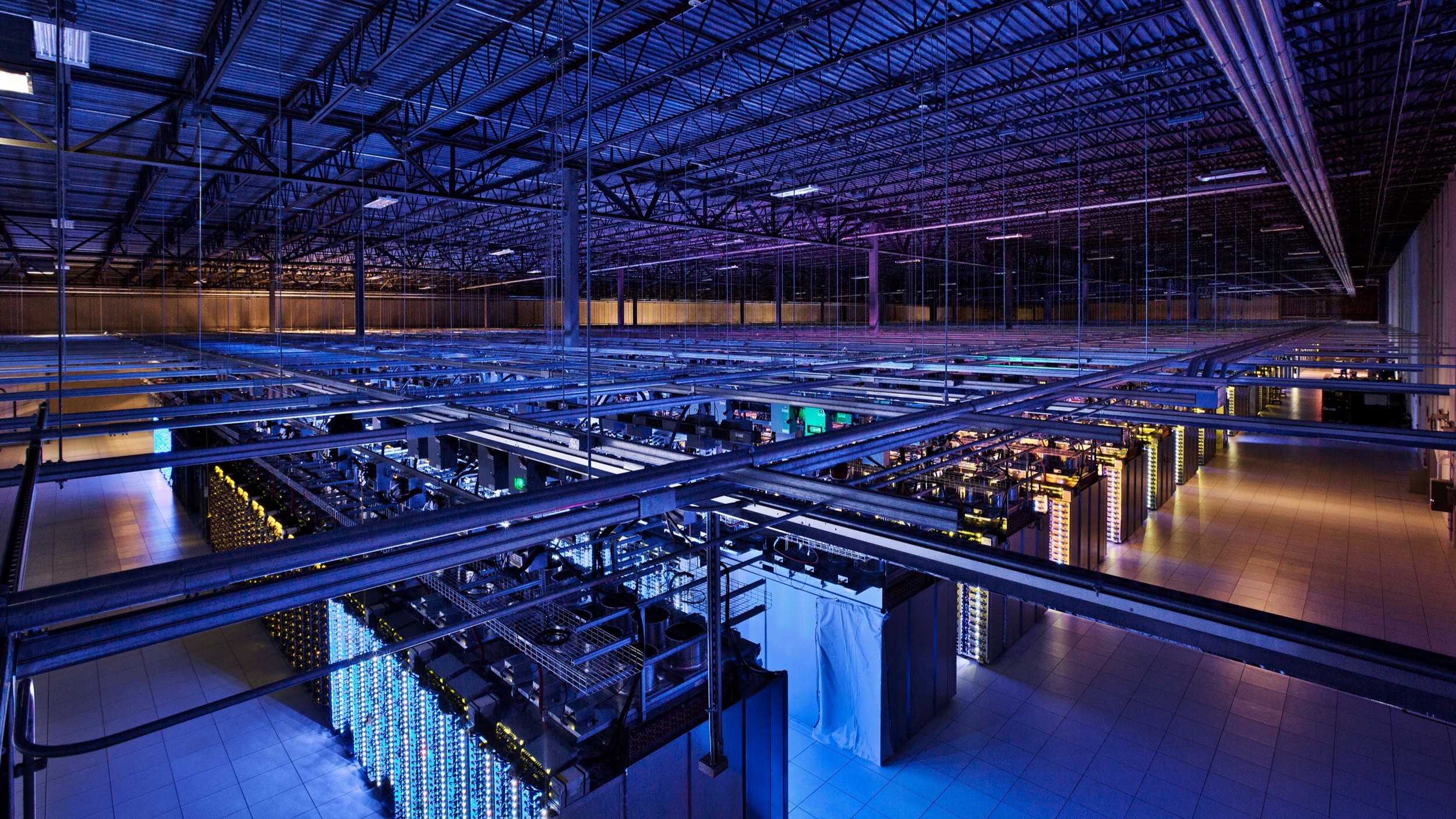 What it is: Just last week, Google announced it has tasked an Artificial Intelligence algorithm with intelligently cooling entire data centers in its network. As data generated by tech giants continues to skyrocket, energy consumption places growing pressures on data centers, now expected to consume about 73 billion kWh by 2020 in the U.S. alone. Leveraging a machine learning technique known as reinforcement learning, however, Google’s fine-tuned algorithm can optimize cooling systems for low power consumption, leading to energy savings of up to 40 percent. Fed by information gathered from Google’s data centers, the algorithm determines -- through trial and error -- which cooling configurations reduce energy consumption while preserving maximized functionality.

Why it's important: Promising millions in energy savings and significantly reduced carbon emissions, Google’s move marks "the first time an autonomous industrial control system will be deployed at this scale," says DeepMind's head of applied AI Mustafa Suleyman. But while a monumental task, data center cooling is only the beginning. Running autonomously under the surveillance of a human collaborator, such AIs could one day manage a vast range of smart infrastructure, from lighting entire facilities to optimizing the behavior of individual computer chips. And with the rise of Industrial IoT (IIoT), automated management of corporate computing systems will only grow more complex. | Share on Facebook 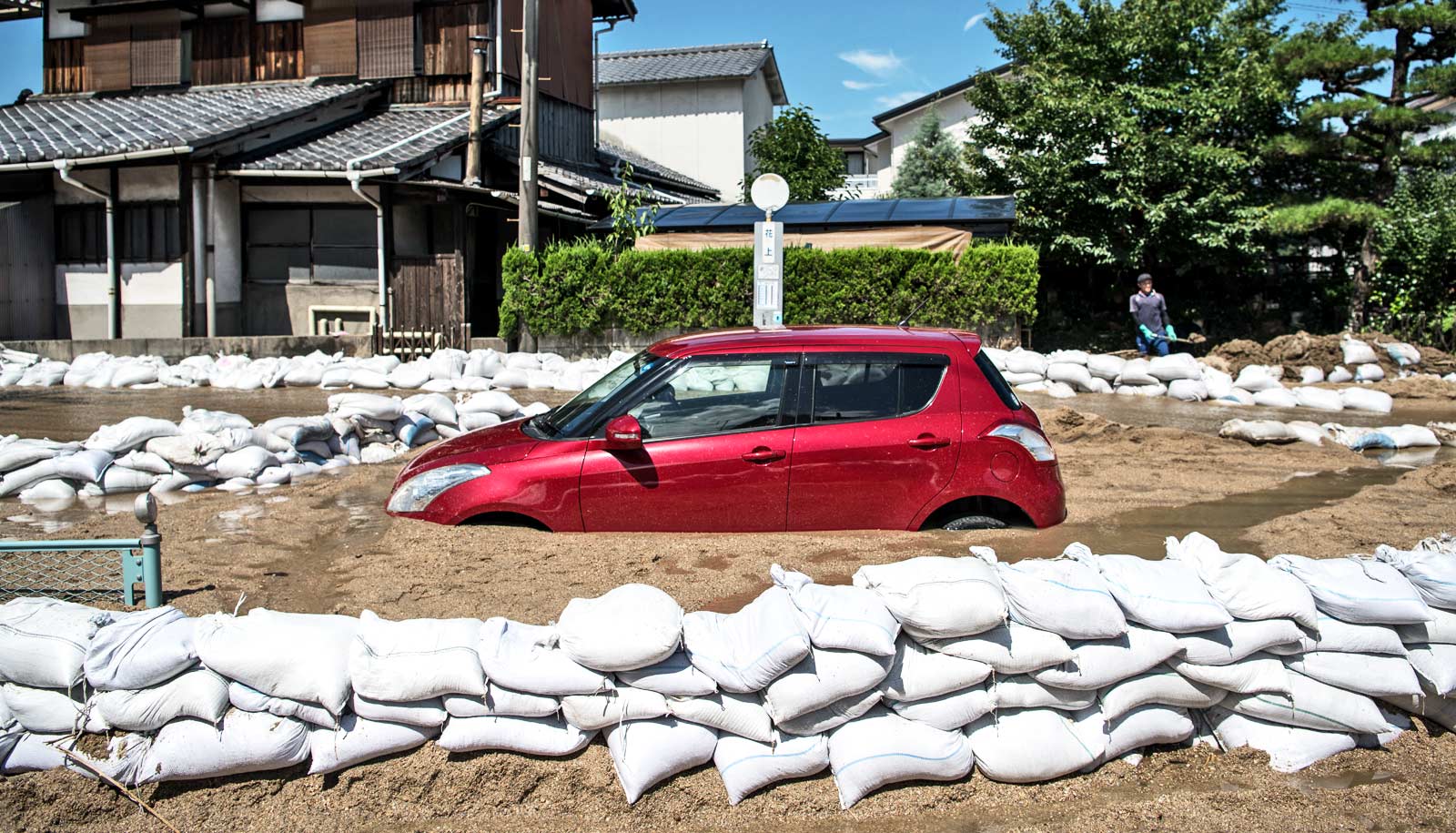 What it is: Landslides occur when masses of rock, earth, and other debris move rapidly down a slope. They often leave tremendous damage, injuries and even deaths in their wake. However, these natural disasters have very clear indicators. The issue with predicting these destructive events, however, is that these indicators are subtle and difficult for humans to detect. Most mechanisms for tracking these indicators only give warning mere moments before a landslide occurs. Now, researchers have developed a new software tool that can predict where landslides will occur up to two weeks before the landslide. “We can now predict when a rubbish landfill might break in a developing country, when a building will crack or the foundation will move, when a dam could break or a mudslide occur,” researchers said. Predicting these disasters weeks in advance will allow sufficient time for evacuation or reinforcement to counteract the sometimes catastrophic results of landslides.

Why it's important: The convergence of sensors, computation hardware, artificial intelligence and blockchain is enabling tremendous breakthroughs in predicting natural disasters. Landslides kill 25 to 50 people, and cause billions of dollars in property damage every year in the U.S. alone -- the numbers in developing countries are generally higher. Predicting these disasters weeks in advance provides the opportunity to reinforce relevant geological structures (preventing landslides) or to swiftly evacuate and relocate at-risk populations. Landslide prediction is just the start. We’re approaching a trillion-sensor economy, a world where we’ll be able to know anything, anywhere, anytime. Importantly, it’s not just people who will have access to the thousands of zeta bytes of information -- advanced data analytics and artificial intelligence will access this data as well, providing wide-scale prediction for all types of natural disasters. | Share on Facebook

Shenzhen: Hardware Capital of the World