$5,000 bioprinters, solar-powered airports, and carbon fiber produced from polluted air. These are just some of the inspiring innovations we curated in this week's edition of Abundance Insider.

What it is: MIT's MultiFab 3D printer can print up to 10 different materials at the same time. Instead of extruding materials, it mixes tiny photopolymers and dispenses them through an inkjet-style printing mechanism. A 40-micron resolution 3D scanner and camera array measures dozens of gigabytes of feedback, enabling the printer to recalibrate itself during the printing process and even letting users 3D print around objects.

Why it's important: Imagine placing your smartphone onto the 3D printer bed and printing a case right onto it. That's the level of personalization and user-friendliness we're entering. Javier Ramos, an MIT CSAIL research engineer who led the project, says that the platform "...[gives] researchers and hobbyists alike the power to create objects that have previously been difficult or even impossible to print."

This Startup Can Grow Metal Like a Tree, And It's About to Hit the Big Time

What it is: Seattle startup Modumetal grows high-performance metals using nanotechnology and a process similar to electroplating. Modumetal manipulates the conditions and substances for its metals on a nano scale, growing them layer by layer to create metal laminates -- think plywood, but for metal. Accordingly, its metals are cheaper, more durable and more energy-efficient than their conventionally produced counterparts.

Why it's important: Peter opens his book Abundance with the story of aluminum, which was the most valuable metal on the planet until electrolysis was discovered and aluminum could easily be freed from bauxite. When nano-coated steels (10 times stronger than steel) become cheap and easy to produce, we'll be able to rethink how we design everything, from skyscrapers to oil rigs, cars, airplanes and spaceships.

Researchers Find Uber Use Leads to a Decrease in DUI Deaths 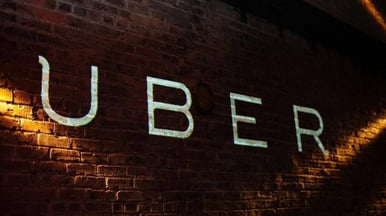 What it is: Temple University researchers analyzed data in California from 2009 through 2014 and discovered a surprising correlation. As Uber entered a market, DUI deaths decreased by between 3.6 percent and 5.6 percent, and non-alcohol-related auto accidents remained the same.

Why it's important: Each year, there are 13,000 DUI-related deaths in the U.S. alone. The researchers crunched the numbers and estimated that simply implementing UberX nationwide could save 500 lives per year and the economy $1.3 billion in losses.

Artificial Brain That Can Educate Itself Created By Russian Scientists 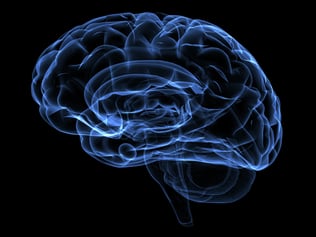 What it is: Researchers at Siberia's Tomsk State University have created a physical model of a brain that can educate itself. The physical model takes in external stimuli (light, sound), uses trial and error to find a solution to avoid the stimulus' impact (look away, move away), remembers the best solution, and applies it in similar situations.

Why it's important: Evidence that we're one step closer to full artificial intelligence. In the near term, this artificially intelligent "brain" can help drug correction for dementia patients; in the future, it could integrate with neurocomputers and robotic systems.

What it is: Harvard University and SUNY at Buffalo researchers have designed robots that can work in unpredictable environments. The "builder bots" could be deployed in natural disasters to handle malleable and inconsistent building materials -- for example, sandbags or expandable, self-hardening foam. Researchers say that a future version of this robot will be able to build in situations where it won't know the available building materials in advance.

Why it's important: Most industrial robots today operate in highly consistent environments like warehouses, with discrete materials like bricks. Robots that can adapt to real-world environments and constantly changing missions could be the key to safe, fast and scalable disaster relief efforts. 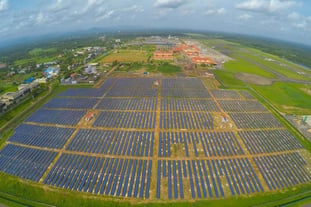 What it is: India's Cochin International Airport is the world's first airport that runs exclusively on solar power -- an impressive feat considering its 1,500,000 square feet of terminal space. The airport houses a 12 MWp solar power plant onsite, comprised of 46,000 solar panels on 45 acres of land, producing between 50,000 and 60,000 units of electricity per day.

Why it's important: Over the next 25 years, Cochin's power plant will cut 300,000 tons worth of carbon emissions in India, according to analysts. As solar continues to get cheaper and more powerful, expect to see more airports and other organizations with a large footprint following suit.

What it is: Mediated Matter Group researchers at MIT have invented a 3D printing process for glass that revolutionizes a 4500-year-old practice. A dual-heated chamber melts, funnels and finally extrudes the glass, and researchers can finely tune the transparency, color variation and form to create truly personalized objects.

Why it's important: As we've seen with other materials, 3D printing enables the creation of entirely new structures that were once impossible. Lead researcher Neri Oxman envisions the technology being used in architecture: "Consider printable optoelectrics, or the possibility of combining optical fibers for high-speed data transmission by light, combined within glass printed building facades."

What it is: MIT researchers have developed a cheap, paper-based test that can diagnose yellow fever, dengue and Ebola in a matter of minutes -- without water or electricity. They plan to produce free color-changing kits and distribute them, so that people in remote areas can quickly diagnose themselves.

Why it's important: By dematerializing and demonetizing lab equipment, researchers democratize and enable simple viral infection diagnosis in remote, low-resource settings. These kits are also a platform that could soon enable us -- any of us, anywhere on the planet -- to detect nearly any disease of interest.

Cancer, Intel is Coming for You With the Collaborative Cancer Cloud 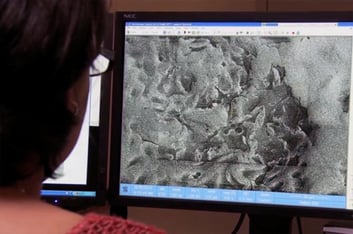 What it is: Intel's Collaborative Cancer Cloud is an open Platform-as-a-Service that allows medical research institutions to share patient genomic, clinical and imaging data. Intel's supercomputing powers and Discovery Peak data analytics software will then analyze this data quickly and securely to accelerate treatment options, research and science.

Why it's important: Potential health breakthroughs -- including faster, personalized treatment -- from the convergence of supercomputers, data mining and medical data. Intel health executive Eric Dishman describes the implications: "Instead of going through painful chemotherapy that can kill healthy cells along with cancerous cells, what would happen if [cancer] patients were able to be treated as individuals based on their specific genome sequencing, and a precision treatment plan could be tailored specifically for their disease? And what if it could happen within 24 hours?"

What it is: At the FAB 11 Conference, Boston Dynamics' Marc Reibert unveiled some of his latest robots. Some highlights: ATLAS strolling through the woods, the dog-like SPOT robot opening a door with an appendage coming out of its "face," and a new construction robot outfitted with 3D-printed appendages containing hydraulic components.

Why it's important: We're seeing service/partner robots extend and expand into new industries beyond healthcare and hospitality. The convergence of robots and 3D printing enables some exciting new capabilities. 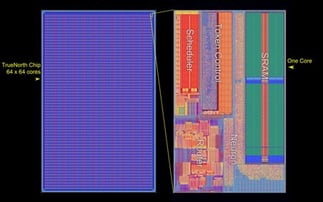 What it is: IBM's new chip, TrueNorth, delivers on the DARPA SyNAPSE metric of a 1 million neuron brain-inspired processor. Its 4,096 cores consume just 70 milliwatts of energy, and can perform 46 billion synaptic operations per second, per watt -- or, in IBMer Dharmendra Modha's words, "a synaptic supercomputer in your palm."

Why it's important: This pattern-recognizing sensory chip has a wide variety of applications: advancing machine vision, plus supercomputer capabilities for everything from portable devices to self-driving cars, robots, sensor networks, digital pathology and public safety. Longer-term, IBM hopes to integrate this chip into Watson to "create systems that learn, reason and humans make better decisions."

Researchers Pluck Carbon From The Sky, Turn it Into Diamonds 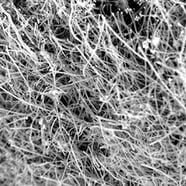 What it is: George Washington University researchers have created an electrochemical process that takes carbon dioxide from the air and transforms it into oxygen and nanoscale carbon fibers. They also developed a concentrated solar system that uses visible and infrared sunlight to generate sufficient heat to power the process.

Why it's important: This process demonetizes carbon fiber production (welcome news for the automotive and aerospace industries), but more importantly, it's a novel climate change solution. The researchers calculate that with an area under 10% of the size of the Sahara Desert, this electrochemical process could remove enough carbon dioxide from the environment to return global atmospheric levels to preindustrial levels in under 10 years. Talk about transforming scarcity into abundance! 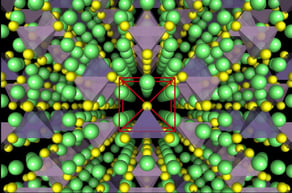 What it is: Samsung and MIT researchers have developed a rechargeable battery made with a solid-state electrolyte that has "hundreds of thousands" of charging cycles -- a near-infinite lifetime. Because it doesn't include liquid organic solvents, this new battery is also safer. "You could throw it against the wall, drive a nail through it -- there's nothing there to burn," says MIT's Gerbrand Ceder.

Why it's important: Ceder believes they've created "almost a perfect battery, solving most of the remaining issues" with cost, lifetime and safety. Imagine gadgets that don't lose their charge over time, even if used in challenging conditions (e.g. very hot or very cold weather).

What it is: Researchers at Germany's University of Bremen are working on robots that can teach themselves how to perform a task by reading instructions on WikiHow or watching videos of humans doing those tasks. After it deduces how a set of instructions relates to a task, the robot uploads its knowledge to the Open Ease online database for other robots.

Why it's important: Assistive and partner robots need training to be useful. When robots can generate their own parameters from natural language descriptions, this training becomes easy enough for non-engineers to do it.

This $5,000 3-D Printer Can Produce Human Organs And Bones 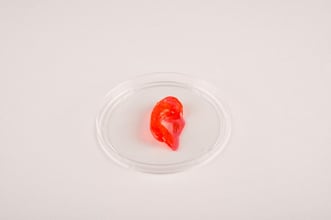 What it is: BioBots has created low-cost desktop 3D printers that can produce living cells. Researchers can use BioBots to print tumors, bones, and samples of heart tissue, cartilage, the brain, lungs and even skin. On Sept. 8, they're releasing a printer that can print multiple materials at once.

Why it's important: Fast, scalable, cheap and humane drug testing, plus truly individualized treatments. At a cost of around $5,000 each, BioBots' 3D printers dematerialize and demonetize biofabrication machines, democratizing technology that used to only be available to elite universities.