In this week's Abundance Insider: Coca-Cola’s autonomous truck pilot, a new approach to computer vision, and the mysterious ‘X17 particle.’

What it is: Firefighters are increasingly adopting sophisticated technologies in the fight against blazes. Fire departments across Southern California have now partnered with Dr. llkay Altintas, head of the WIFIRE Lab and the San Diego Supercomputer Center (part of UCSD). WIFIRE combines weather data, topography, and information about the dryness of brush to model in near-real time how a wildfire might spread and at what speeds. This, in turn, helps local leaders create evacuation plans and determine where departments might deploy fire crews. Until recently, mapping fires has been a laborious, hard-drawn process that often requires as much as a day of work. Yet armed with far more accurate data, firefighters and partners such as Coulson Aviation are now using military-grade night-vision goggles to operate at night, when winds often die down and give teams an advantage over the fire. The night vision goggles allow teams to determine key geographic targets as well as hover for water refills without having to land their helitankers.

Why it’s important: As the cost of computing power plummets, converging technologies are beginning to aid in disaster relief at price tags now affordable for budget-strapped state and local governments. While this artificial intelligence solution grants fire departments far more predictive capacity and higher mapping speeds, its hardware counterparts (whether drones, sensors, or the like) are finding their way into other realms of disaster relief, and even disaster prevention. 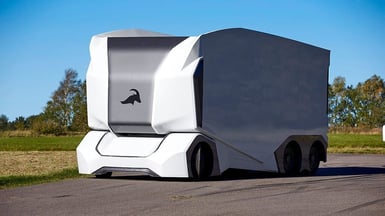 What it is: Coca-Cola European Partners (CCEP) will soon release a fleet of Einride autonomous electric transport vehicles onto the streets of Jordbro, Sweden. Founded in 2016, Einride has produced sleek “T-Pod” electric propulsion trucks that do not require a driver, though there are still remote drivers who can take control if needed. Currently, the T-Pods carry 200kWh batteries that allow for 124 miles of travel between charges. The fleet will transport goods from two warehouses, operated by CCEP and leading food retailer Axfood, just outside of Stockholm. Some will remain in fenced regions while others will interact on public roads.

Why it’s important: Road freight transport contributes about 7 percent of global carbon dioxide emissions each year. CCEP aims to use these Einride vehicles to meet its sustainability and efficiency goals. The company projects it could cut its carbon dioxide emissions by up to 90 percent with these new vehicles. After a hoped-for success of this pilot test, the fleet could even potentially scale across the nation of Sweden, throughout which CCEP distributes Coca-Cola products. Sustainable supply chains will grow increasingly important as consumers desire greater transparency in their purchasing decisions and place more emphasis on environmentally responsible goods. 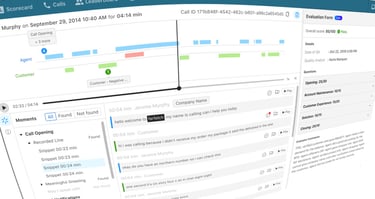 What it is: While numerous Software-as-a-service (SaaS) platforms are beginning to disrupt the customer service realm, some SaaS products are designed to augment human customer care workers. One example involves U.S.-Indian startup and Y Combinator alum Observe.ai, which just announced a $26 million series A funding round. Observe.ai uses natural language processing (NLP) to analyze conversations between human agents and customers. After transcribing each call, Observe’s platform runs sentiment analysis, draws correlations between the support agent’s verbal and behavioral data and the customer’s happiness level, and then ultimately determines overall customer satisfaction. This data is then used to benchmark top performers and find best practices across teams. Results can even be applied to other discrete use cases, such as monitoring compliance in the healthcare industry, where conversations involve sensitive and often legally protected information.

Why it’s important: Observe and a number of other companies—NICE, Verint, Cogito, Gong, Chorus.ai, among others—make up a growing number of companies using AI improve the connection between humans, as opposed to replacing it outright. While many fear the encroachment of AI and automation on our contemporary job market, in what areas might we flip this concern? How might we leverage AIs to help augment our social and professional skills, provide a better service, or gain common ground with our clients?

Machine vision that sees things more the way we do is easier for us to understand. 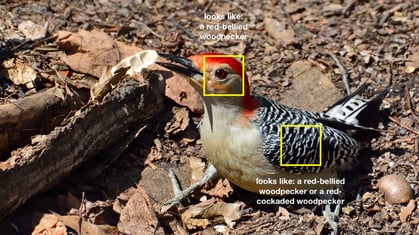 What it is: Researchers have devised a new method for training neural networks in image recognition. Rather than training their model on full images of birds, scientists from Duke University and MIT’s Lincoln Laboratory trained a network specifically on features of birds: beak shape, head shape, feather coloration and the like. When the algorithm is then presented with a new picture of a bird, it searches for specific features, generates predictions about the bird’s species, and uses the cumulative evidence to come to a final conclusion.

Why it’s important: Recently, the push to make neural networks more explainable and transparent has gained significant traction in both the private sector and academia. Especially in the case of high-stakes applications—such as medical image recognition—AIs that can demonstrate which features contributed to its decision will help to solve the longstanding “black box” problem associated with today’s algorithms. By engineering neural networks to devise predictions in a manner more akin to our own human thought processes, AI engineers will also be able to more easily diagnose problems when networks make incorrect predictions.

A nanotube material conducts heat in just one direction. 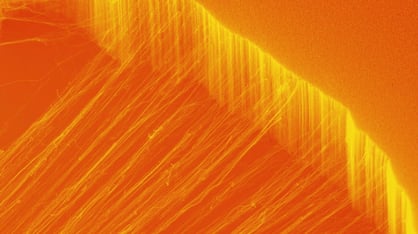 What it is: Scientists at the University of Tokyo have now developed a method of synthesizing aligned carbon nanotubes. Normally, producing nanotubes in a bulk material results in poorly aligned configurations of individual tubes. Yet in order to take advantage of the thermal properties of the tube, it is necessary to align the tubes end-to-end. To achieve this, the researchers used a technique known as controlled vacuum filtration, a procedure whereby nanotubes are mixed with a liquid solution whose properties induce a natural self-organization of the tubes. The liquid is then carefully removed with a vacuum, leaving a thin sheet of highly-aligned nanotubes. This sheet has some extraordinary properties: perhaps most importantly, it has one-way thermal conductivity. This means that the sheet can conduct heat about 1,000 times more efficiently in the direction of the alignment than perpendicular to the alignment.

Why it’s important: Heat leakage is a tremendous problem for electrical engineers and circuit designers. This one-way thermal conduction material could serve as a game-changing solution, as it mitigates the need for large cooling systems and can interact at the nanoscale (the size of modern-day transistors). Needless to say, more efficient cooling systems will open tremendous new possibilities in design for computer hardware engineers.

Mysterious ‘Particle X17’ Could Carry a Newfound Fifth Force of Nature, But Most Experts Are Skeptical. 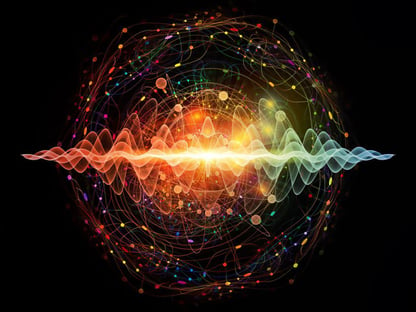 What it is: Four fundamental forces—gravity, electromagnetism, the strong force, and the weak force—govern the universe as we know it. Yet the reported discovery of a particle dubbed X17 could add a fifth force to this list. Researchers at the Institute of Nuclear Research in Hungary first reported evidence of the particle in 2016, when they noticed radioactive beryllium atoms releasing pairs of electrons and their antimatter counterparts (positrons) at specific angles. Based on this evidence, the team concluded that there must be an intermediary “particle X” that the beryllium atom converts into before emitting the electron-positron pairs. With a mass of 17 megaelectronvolts, the particle earned its name X17. More recently, the team even detected a similar X17 particle of the same mass in the radioactive decay of helium. While most matter is made up of fermion particles, the X17 particle is considered a boson, meaning it carries energy and sometimes forces.

Why it’s important: Studying the X17 boson-type particle could unlock important insights into the nature of dark matter and potentially even a fifth force. Dark matter constitutes 85 percent of matter in the universe, yet is only detectable through gravity and does not react to light. The globally held Standard Model of particle physics could be revolutionized by this finding. Most research in the past fifty years has relied heavily on high-energy accelerators to collide particles at rapid speeds, but this team’s work offers a lower-cost alternative to understanding our universe. While findings have not yet been peer-reviewed, several groups are working to verify the Hungarian research institute’s work, driving progress towards a more accurate understanding of the matter that makes up our universe.