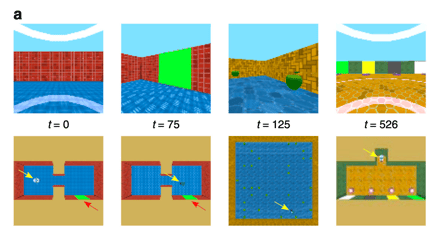 What it is: If you’ve ever wished you could go back in time to tell your younger self a critical piece of advice, AIs may soon be able to do just that within their own networks. Google’s DeepMind unit recently announced a program that resembles the human capacity to mentally time travel by incorporating long-term consequences into machine learning. Artificial intelligence technology typically rely on reinforcement learning with short-term, immediate “rewards.” DeepMind’s new program, called Temporal Value Transport (TVT), transforms reinforcement learning by sending reward signals backwards from far in the future as an alternative form of neural networks. The program operates in simulated worlds, and it might “explore” a path to a certain target. If the program uses its memory of this path in a future pursuit to the same target, it is rewarded. This process, termed the “Reconstructive Memory Agent,” marks the first time memories of past events have been “encoded.”

Why it’s important: Many sociologists and economists have explored the realm of long-term human decision-making. While DeepMind’s TVT is not entirely representative of human thought, the cognitive mechanisms of the program could greatly impact human thought processes. We easily learn to avoid hot stoves after accidentally burning our hand once. Yet many of us fall into the long-term pattern of following an unfulfilling career path. Because long-term decisions lack immediate feedback, the signs pointing us in the “right direction” are difficult to detect and learn from early on. With the applications of artificial intelligence that generate future pathways and then inform us of consequences in the present, humans could learn in entirely new ways. From investment decisions to government policy, wisdom from the future will undoubtedly aid our present choices.entertainment, and human interaction.

Jet-powered VTOL drone is like a quadcopter on steroids. 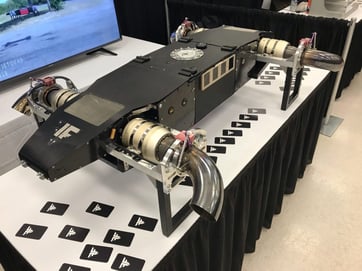 What it is: Texas-based FusionFlight has just invented a jet-powered drone capable of vertical take-off and landing operations. Yet rather than using propellers and electric motors like traditional drones, this drone ups the ante, using four diesel-powered microturbine jet engines and a proprietary vectoring system. Known as the H-Configuration, this latter component enables the drone to direct its engines’ thrust either vertically (for take-off and landing) or horizontally (while in flight). Reportedly capable of reaching a top speed of over 300 mph, the aircraft’s final production version includes a fuel tank sufficient for 30 minutes of hovering and 15 minutes of cruising. Down the line, FusionFlight aims to boost speed and performance with afterburners and other components.

Why it’s important: Drones are rapidly permeating our airspace. They are now used for crop monitoring, military combat, delivery services, and viral YouTube videos. FusionFlight’s newest iteration expands the range of possibilities for drones, especially in the case of time-sensitive tasks, where speed is key. Furthermore, enabled by its jets’ production of a combined 200 horsepower, the drone can carry up to 40 pounds of cargo, making it an ideal candidate for shipping and delivery applications. 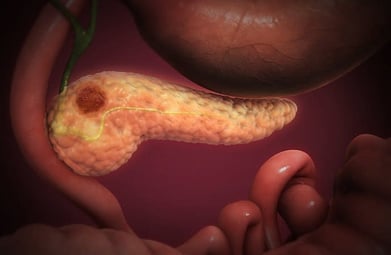 What it is: After just two weeks of daily injections, a new treatment reduced the number of cancerous pancreatic cells in mice by up to 90 percent. Led by Professor Malka Cohen-Armonat at Tel Aviv University, the team used a molecule called PJ34, one originally developed to treat stroke patients. After implanting human pancreatic cancer into immune-suppressed mice, the team intravenously injected the PJ34 treatment for fourteen days. During the cell replication process known as mitosis, the PJ34 molecule causes an anomaly that triggers the cell to self-destruct. In cancer cells that are duplicating uncontrollably, this type of stop signal is critical to controlling the tumor. Only 30 days after the treatment ended, an 80-90 percent reduction in cancer cells was observed, accompanied by zero negative impacts to healthy cells.

Why it’s important: Pancreatic cancer is one of the most difficult cancers to treat, and few patients survive more than five years after diagnosis. Today, most treatment options involve chemotherapy, a systemic approach aimed at halting cell division in the entire body. Yet because this form of therapy lacks discriminatory targeting, cell replication slows across the entire body, causing many patients to experience negative side effects like hair loss, inflammation of the digestive tract, and decreased blood cell production. A solution like PJ34, which specifically targets only cancer cells, could revolutionize cancer therapy and significantly enhance patient quality of life. Venturing beyond pancreatic cancer, the team even successfully tested the treatment on cell cultures of aggressive forms of breast, lung, brain and ovarian cancer. According to the team, this treatment is about two years away from human trials, potentially promising a major boost to healthy human lifespans.

5 Emerging Energy Technologies to Watch Out For in 2020.

The story: This year, technologies in solar, wind, and battery storage have achieved remarkable economies of scale and now compete almost at parity with fossil fuels. In the coming year, breakthrough after breakthrough may finally usher in a watershed moment for the energy sector, and experts recommend keeping an eye on several key areas.

What to watch: (1) Floating solar arrays have surged in popularity for use on freshwater bodies, but photovoltaic solar panels are now moving to the open ocean. (2) Static compressors, which help to maintain the constant frequency of electric power grids, are starting to see an uptick in certain countries and should help with overall incorporation of renewables into the power grid. (3) Several companies are now working to increase the power capacity of dynamic export cables. These are critical to bringing power from offshore floating wind turbines (as opposed to static turbines fixed to the seafloor) back to shore. (4) Now backed by significant funding, molten salt reactors are a new form of nuclear power that promise to emit less radiation than traditional nuclear. (5) Renewably produced hydrogen has witnessed considerable growth in at least 10 countries, with projected utility in everything from industrial heating and cooling to the integration of renewables into the grid. As plummeting renewable energy costs and improved grid storage propel us into 2020, we may soon expect dramatic shifts in the global energy economy. 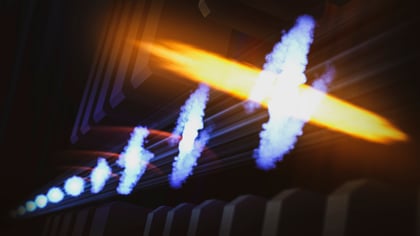 What it is: Researchers at Stanford University have developed a method to measure electrons at an unfathomable timescale: 280 attoseconds, to be precise. For reference, an attosecond is to a second what a second is to roughly 31.71 billion years, longer than the age of the universe. To achieve this, the researchers developed a procedure involving X-ray bursts generated by fast-moving electron bursts. To see at smaller and smaller timescales, scientists needed to create shorter and more intense bursts. These bursts, in turn, create the requisite intense and fast X-rays when they are passed through a magnet. Ultimately, the Stanford scientists were able to develop a more capable beam using a technique called XLEAP, first proposed about 14 years ago but now finally coming to fruition.

Why it’s important: This is a tremendous boost for ultrafast science. “Until now, we could precisely observe the motions of atomic nuclei, but the much faster electron motions that actually drive chemical reactions were blurred out,” explained SLAC scientist James Cryan, one of the paper’s lead authors and an investigator with the Stanford PULSE Institute (a joint institute of SLAC and Stanford University). “With this advance, we’ll be able to use an X-ray laser to see how electrons move around and how that sets the stage for the chemistry that follows. It pushes the frontiers of ultrafast science.” What does this mean? Now capable of observing at infinitesimal scales, we may soon probe some of the world’s most fundamental mysteries, particularly in photosynthesis and biochemistry.

The Future is Faster Than You Think: Want a chance to read my new book before anyone else? Join the Future is Faster Than You Think launch team (applications close on December 6th)! Get an advanced digital copy, access to our private Facebook group, behind the scenes specials, a live Q&A with Steven and me, and hundreds of dollars in exclusive bonuses. Click here for details.

3D Printing & the Future of Retail