In this week's Abundance Insider: “Face Off” software, purifying water with nanomaterials, and Microsoft and Ericsson’s top tech predictions for 2016.

What it is: University of Washington researchers have developed machine learning algorithms that mine images of famous people and capture their key features, expressions and mannerisms -- and then creating a photorealistic 3D reconstruction of that person's face. Users can even combine faces and mannerisms of different individuals.

Why it's important: This algorithm digitizes human identities, complete with mannerisms and unique expressions. It enables lifelike virtual reconstructions of deceased loved ones, performers, and recognizable historical and pop culture figures -- a priceless capability for the digital entertainment and virtual reality industries.

What it is: Researchers at the University of the West England in Bristol, U.K. have combined microfuel cells with wearable technology to create a sock that generates electricity from urine-eating microbes. Urine goes into integrated tubes into the sock; during normal heel-to-toe locomotion, the urine gets circulated towards microbial fuel cells packed with bacteria that consume the nutrients in urine.

Why it's important: This is a self-contained system for generating power. The researchers intend for their foot-pump system to one day provide power in emergencies: imagine sending an SOS signal to first responders by tapping your heel or walking around.

Magic Leap is Raising $827 Million, Before Releasing a Product

What it is: Forbes reports that Magic Leap has just raised $827 million, which would value the Google-backed "cinematic reality" startup at $3.7 billion. And that's without ever showing its top-secret product. Re/code adds that Alibaba has $200 million in this funding round.

Why it's important: Magic Leap isn't focused on virtual or augmented reality, but a new segment entirely: cinematic reality. Its technology essentially dematerializes headsets: it beams the signal directly into the retina, evoking the same neurological effects as real objects around you, which in turn means no need for portable, wearable screens.

What it is: This week, Google's Quantum Artificial Intelligence Lab researchers claimed to have delivered firm proof that its D-Wave chip can tap into quantum physics to outperform conventional computers. Back in 2013, Google bought D-Wave Systems, hailed as "the world's first commercial quantum computer," and has been testing it ever since. The computer uses a quantum annealer superconducting chip that's hard-coded with an algorithm for optimization problems.

Purify Water by Shaking Out Nanomaterials

What it is: Michigan Tech researchers have discovered a universal approach based on a microscopic oil-water interface trapping mechanism that extracts one- and two-dimensional nanomaterials from contaminated water. They extracted boron nitride nanotubes and nanosheets, zinc oxide nanowires, carbon nanotubes and graphene from contaminated water with a near-perfect success rate.

Why it's important: KurzweilAI notes that this extraction approach will have promising implications for nanoparticle-contaminated water and fuel the adoption of nanomaterial applications.

What it is: Penn State engineers and materials scientists are experimenting with thin films of correlated metals -- a highly transparent and electrically conductive class of materials -- to attempt to make these metals transparent. Correlated metals are less than 5 percent of the cost of current display materials.

Why it's important: As KurzweilAI points out, over 90 percent of displays use indium tin oxide (ITO) -- a transparent conductor that's increasingly rising in cost -- and until now, nothing has been able to top its optical transparency, electrical conductivity, and ease of fabrication. Correlated metals offer a promising solution to enable cheaper, more efficient large screens, touchscreens, solar cells and smart windows.

What it is: Disney Research has teamed up with the University of Surrey to create FaceDirector, a system that blends an actor's facial performances from multiple takes. Conventional filmmaking requires an actor to reshoot a scene until the right emotion is achieved; FaceDirector digitizes this process and dematerializes the actor entirely. During the post-production process, the system analyzes audio cues and facial expressions and, using a graph-based framework, identifies frames that correspond between the takes. The director can select the desired facial expressions and timing from specific takes, and then a computer blends these frames with compositing, facial landmarks and optical flow.

Why it's important: FaceDirector digitizes artistic direction, dematerializes actors, and demonetizes the tremendous budget allocations for talent and crew on long shooting days. Imagine the innovation and creativity we'll see when this functionality gets democratized into consumer and prosumer video editing platforms.

What it is: Ericsson ConsumerLab research predicts that in the next five years, artificial intelligence will dematerialize and ultimately replace smartphones. They project that the wearables industry, virtual reality and artificial intelligence will converge to eliminate the need to constantly have screens in our hands, thereby making everyday interactions with our tech more natural. This link also has Ericsson's annual report with the top consumer trends for this year, which include everything from the use of AI, networks and sensors to how people consume information.

Why it's important: Lots of valuable insights and statistics in the trend roundup, echoing the sentiments in Peter's blogs over the last 14-16 months. We also see several examples of the 6 D's of exponential growth.

What it is: TigerPlace, a retirement living community in Columbia, Missouri, has integrated networks and sensors into its independent living homes with positive results. The average length of stay per person -- a direct correlation to their health, as it means patients don't need to transfer to a hospital or advanced care facility -- has doubled. It's also less expensive at every step: each TigerPlace patient saves about $30,000 in nursing home costs, while nursing homes funded by Medicaid will save about $87,000 per resident.

Why it's important: The smart sensors enable the TigerPlace team to detect potential problems days or weeks before a health condition becomes serious. By using this data to inform decision making and coordinate care with its on-site interdisciplinary team, TigerPlace can offer cheaper, better and faster support to its residents.

SpaceX to Launch Astronauts in 2017

What it is: Two exciting announcements from SpaceX: a return to flight mission on or about Dec. 19, and the first crewed NASA launch to the International Space Station from SpaceX in 2017. On the December flight, they'll send 11 Orbcomm communication satellites into orbit.

Why it's important: More progress in the personal spaceflight industry. As Slate reports, "NASA spends a fortune funneling money to Russia, the only country capable of sending humans into space right now (besides China, and NASA is forbidden from working with them). Russia hasn't been shy about gouging for those seats... the sooner we can launch Americans into space on American rockets, the better."

What it is: ETH Zurich researchers have created a device that uses polarized light and a single drop of blood to diagnose a variety of diseases, from Ebola and HIV to malaria, in under an hour. Researchers place a slide containing a carrier substance with a drop of blood onto the device, which emits polarized light, and then cover it with a polarization filter. Any light observed through the cross-polarizer filter means a positive diagnosis. 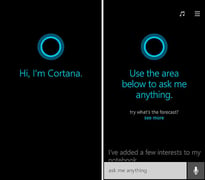 What it is: Microsoft has hailed 2016 the "year of AI," according to its annual trend list. Microsoft asked 16 members of its technology and research team to forecast the biggest breakthroughs for 2016, and AI technology was the area generating the most excitement. Virtual assistants, conversation assistants, AI-enabled user interfaces and customer service AIs were some of the use cases described.

Why it's important: The tech giants are all focusing on artificial intelligence, and predicting major breakthroughs in 2016 -- more evidence of this technology's rapid advancement from deceptive to disruptive growth phases.