What it is: One of the primary barriers to developing sophisticated voice assistants and interactive AIs is the technology’s lack of common sense, rendering most AIs far too narrow to function in unstructured environments. However, researchers at the Allen Institute for AI (Ai2) have now created an online version of the game Pictionary in an effort to engineer generalized and sophisticated reasoning into AI programs. Named Iconary, the game pairs a human player with AllenAI (an AI bot), after which both take turns drawing and guessing given phrases. After using computer vision to convert human sketches into clip-art icons, AllenAI attempts to guess the phrase using a database of words, concepts and common relationships between the two.

Why it's important: The use of Pictionary to train AI systems could have a number of extraordinary implications. First, Iconary offers a terrific example of leveraging the crowd to train and teach AI, expanding its current selection of over 75,000 phrases. Iconary even plans to create a leaderboard for human players, further gamifying the platform and accelerating AllenAI’s progress. Beyond teaching an AI to understand complex concepts, the crowd could refine AI systems’ understanding of how everyday concepts relate to one another — a task far more sophisticated than simple pattern-matching. Perhaps most exciting, however, Iconary’s outcomes could help researchers observe and refine methods for human-machine collaboration, a critical goal for the century ahead. | Share on Facebook 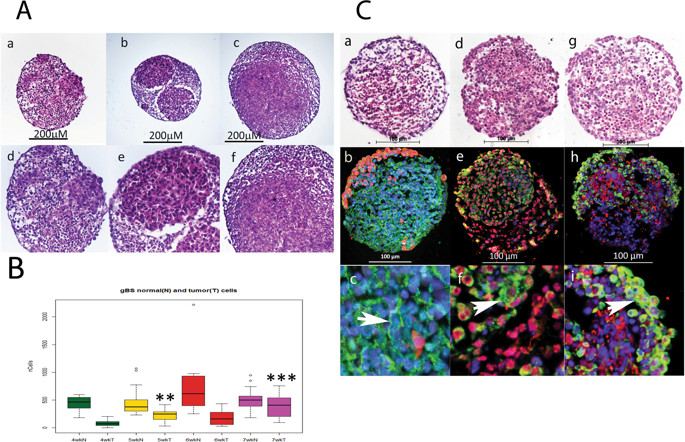 What it is: Building on the development of BrainSpheres — essentially mini-brains created from induced pluripotent stem cells (IPSC) — researchers from the Mayo Clinic and Johns Hopkins have used these 3D models of human tissue to test the efficacy of the anti-cancer drugs temozolomide (TMZ) and the more experimental treatment doxorubicin (DOX). By adding a few glioblastoma tumor cells to a developing mini-brain, the team was able to mass-produce BrainSpheres with a mix of tumor and healthy tissue. While this is in itself a breakthrough, the team also discovered that TMZ and DOX successfully reduced tumor size by roughly 30 percent and 80 percent, respectively, while also sparing healthy tissue.

Why it's important: Testing on animals is costly and time-intensive, and discoveries rarely translate from mice to humans; similarly, cultivating tumors from humans is of limited relevance since healthy tissue typically responds differently. As this team looks to reproduce the application of BrainSpheres to viral infections and neurodevelopment diseases, look for drug discovery and testing to accelerate in both speed and accuracy. | Share on Facebook 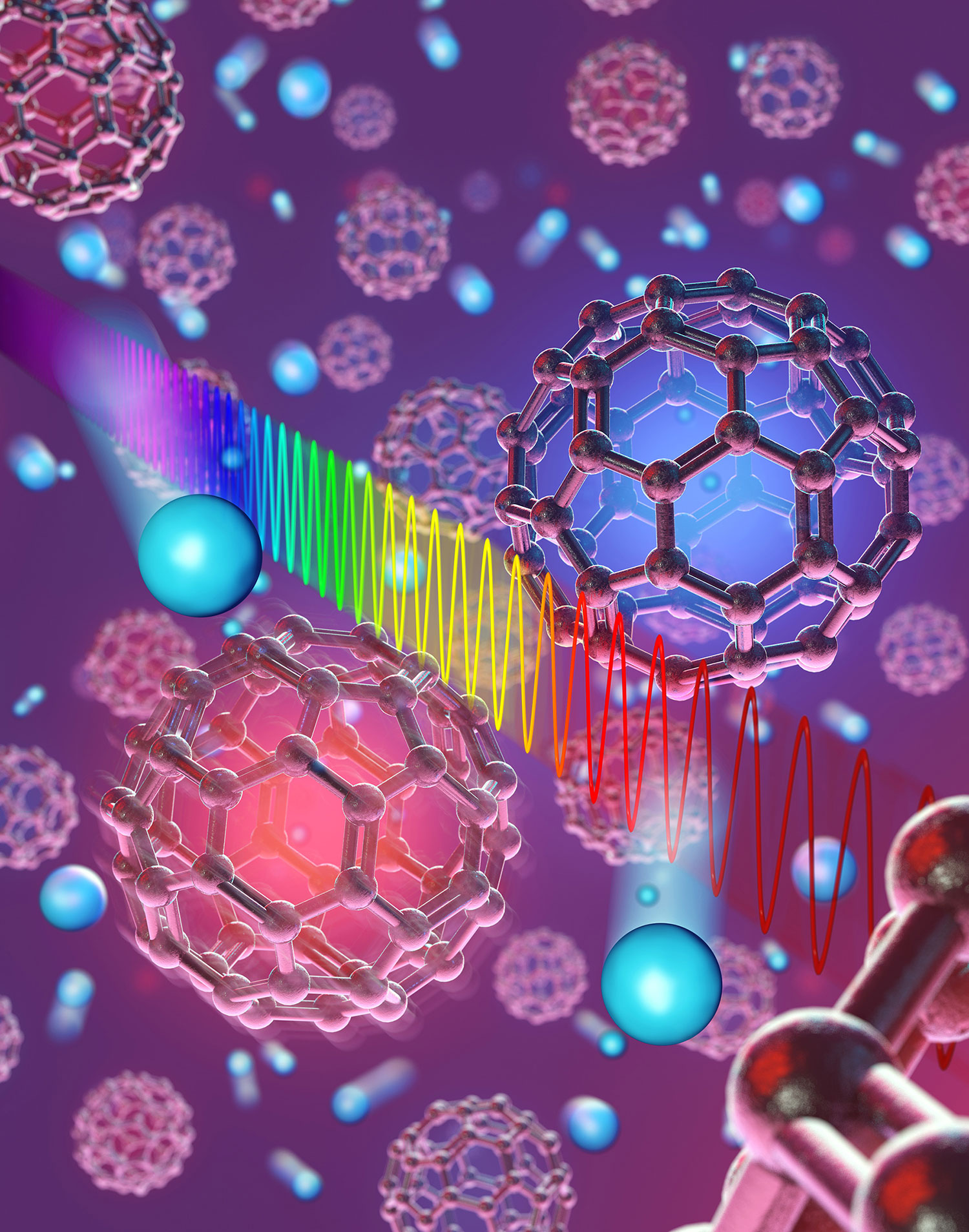 What it is: Analyzing real-world quantum phenomena is challenging because the quantum states of a given particle are easily disturbed by environmental magnetic fields, electric fields, thermal vibrations, and other disruptive stimuli. As the quantum system at hand grows in size, quantum phenomena become increasingly hard to detect. Standard lab-scale quantum experiments typically include only a handful of atoms. Now, JILA researchers (a partnership between NIST and the University of Colorado) achieved the most robust analysis of the largest quantum system analyzed extensively to date: buckyballs (soccer-ball like spheres of 60 carbon atoms). Buckyballs are a promising platform for building out these quantum systems, specifically because of their highly symmetric 60 carbon atoms.

Why it's important: We are in the midst of a quantum revolution. Deepening our understanding of quantum systems is fundamental to transitioning classical computation and communication to a robust network of quantum communication, information and computation. Already, quantum technology enables more accurate GPS technology, robust scientific instruments, a slew of detectors and more. With more precise control and understanding of quantum states, next-generation use cases will enable us to communicate more securely, compute faster, and control the world around us with higher resolution. | Share on Facebook 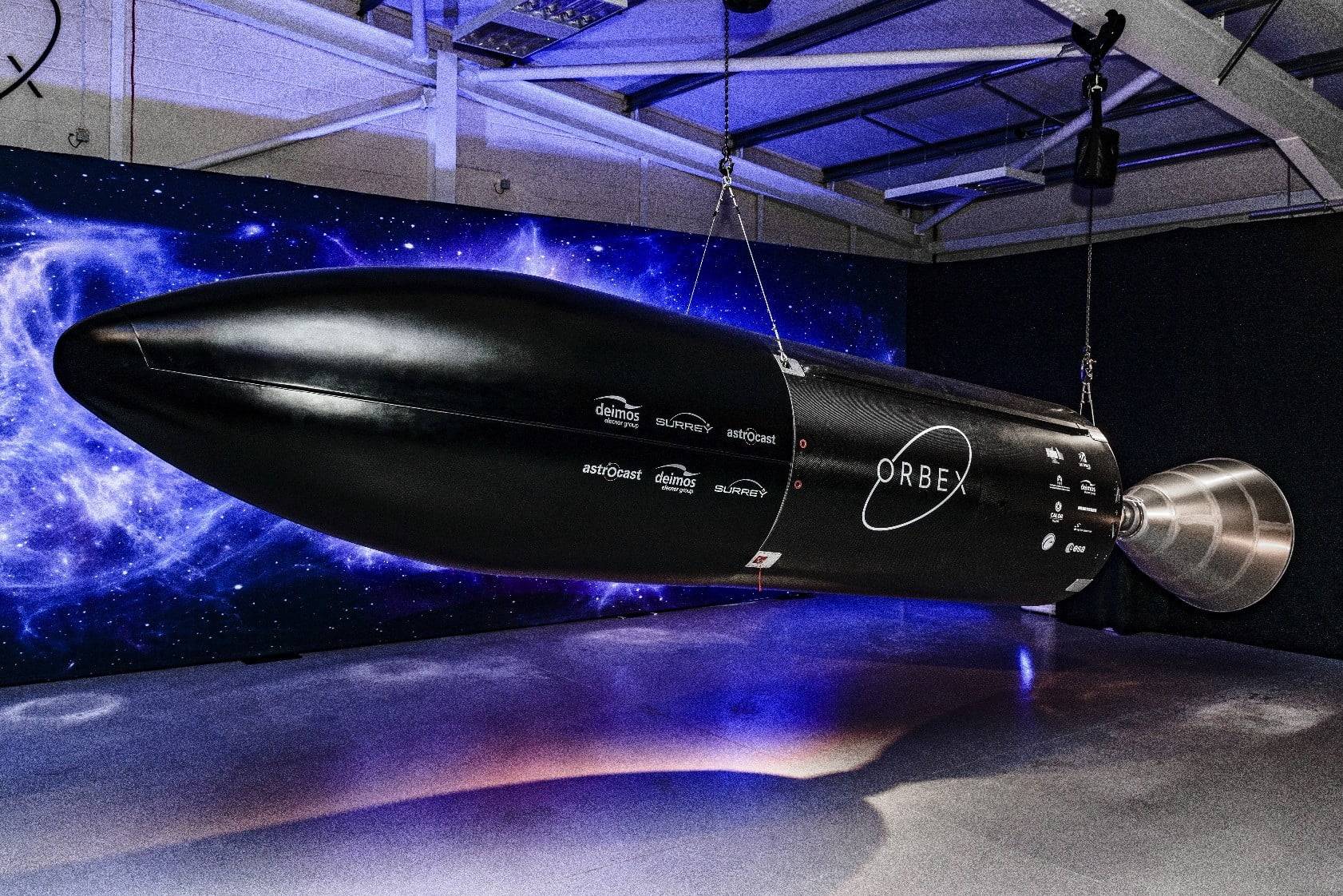 What it is: U.K.-based startup Orbex just showed off what they believe is the world’s largest 3D printed rocket engine, standing at 56 feet (17 meters) tall -- roughly one-fourth the size of SpaceX’s Falcon 9. The engine is manufactured in a single piece without joints, creating a rocket that is up to 30 percent lighter and 20 percent more efficient than other small launchers and better able to withstand extreme temperature and pressure fluctuations. Set to launch in 2021, the feat is a collaborative effort: Orbex is working with engineers from NASA and the ESA, and partnered with the Swiss satellite startup Astrocast to launch 64 nanosatellites to build a global Internet of Things network.

Why it's important: The private space race continues to heat up. This news comes on the heels of Relativity Space’s signed U.S. Air Force contract to launch their own 3D-printed engine from Cape Canaveral. Look for these improvements to accelerate as competition intensifies and designs continue to digitize. | Share on Facebook 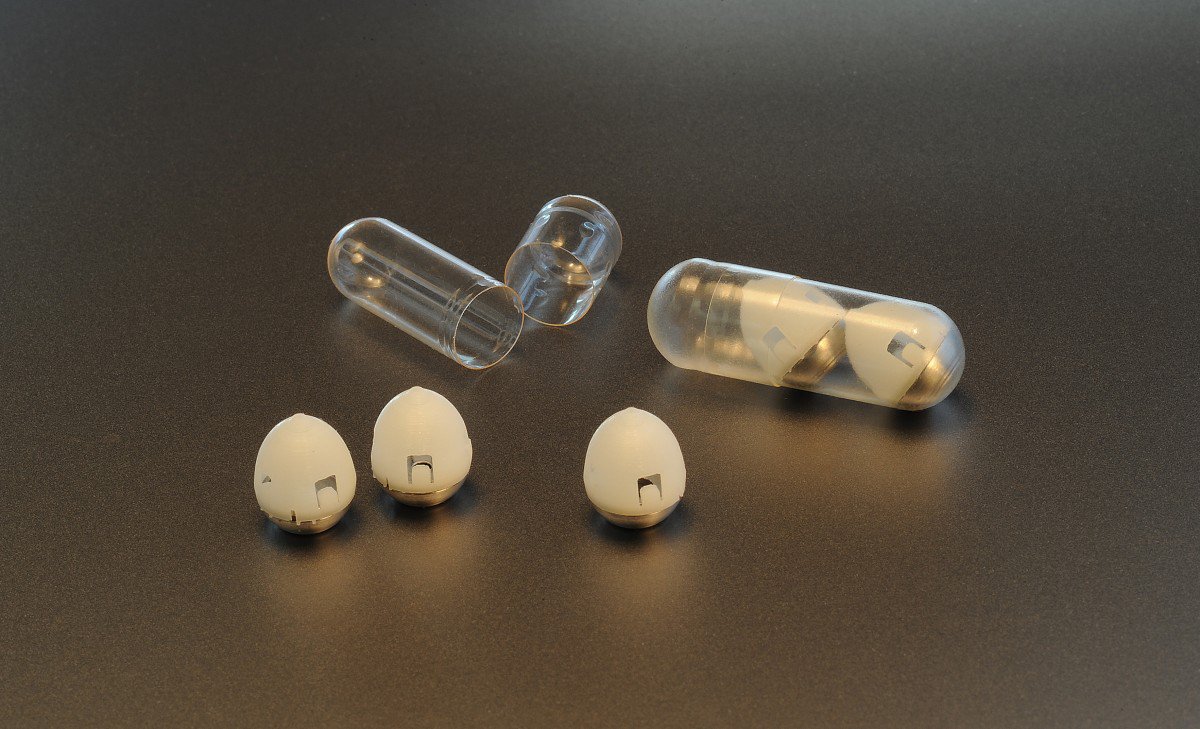 What it is: Published in Science just last week, this team of researchers just developed a new capsule device that may one day allow patients to orally ingest any number of drugs, notably including injected insulin. Inspired by the self-righting shape of the leopard tortoise, these smart pills — “self-orienting millimeter-scale applicators” (or SOMA) — can continuously attach to the gastric wall regardless of how they land. Containing tiny, spring-loaded needles, the SOMA then autonomously inject periodic payloads of medication into the top layers of a patient’s stomach tissue. In a preclinical trial evaluation involving insulin delivery, SOMA was even shown to provide equivalent drug exposure when compared to insulin injections under the skin.

Why it's important: Particularly in the case of diabetes, SOMA and similar needle-containing smart pills could transform drug delivery, eliminating the laborious daily injections required of over 415 million diabetic patients worldwide. As explained by MIT’s Robert Langer, “We are really hopeful that this new type of capsule could someday help diabetic patients and perhaps anyone who requires therapies that can now only be given by injection or infusion.” While still in the early proof-of-concept stages, such smart pills could give rise to everything from vaccines-in-a-pill to oral replacements for intravenous drips. Such a paradigm shift could prove monumental, enabling demonetized immunizations for _all_ children, low-cost emergency treatments and automated self-care on unprecedented scales. | Share on Facebook 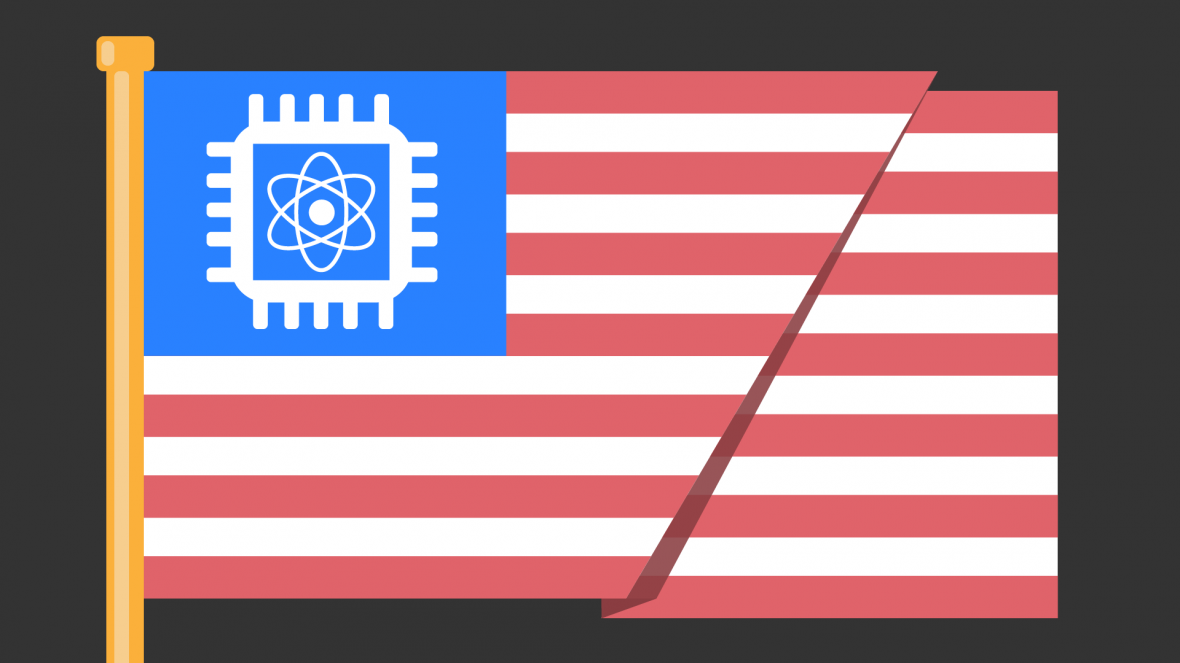 What it is: After first inventing artificial intelligence, the U.S. continues to lead in artificial intelligence technology. Yet, through the past decade of exponential AI growth, the U.S. government has lacked a high-level strategy to for investing in and preparing for AI. In recent years, a dozen countries, including China, have announced their plans for accelerating AI research, development and adoption. This week, President Trump signed an executive order directing federal agencies to support AI research and commercialization. The action directs government agencies to focus on opening government agency data to better train AI systems, on prioritizing research and development, and on future workforce development.

Why it's important: From the military to infrastructure to healthcare, AI plays a massive role in modern society. Last year, Defense Secretary Jim Mattis wrote to the President expressing that the U.S. was not on pace to keep up with the ambitious AI plans of other countries, primarily China. Beyond the military and defense implications of AI, we are currently seeing a debate on how to thoughtfully regulate powerful Artificial Intelligence applications like facial recognition. With the U.S. government’s existing plans to accelerate innovation in other vital Industry 4.0 areas like quantum computing, 5G communications and space, what technologies will next see support from the federal government? | Share on Facebook