In this week's Abundance Insider: AI’s partnership in antibiotic discovery, a tribute to Katherine Johnson, and UPS’ shift to electric vans. 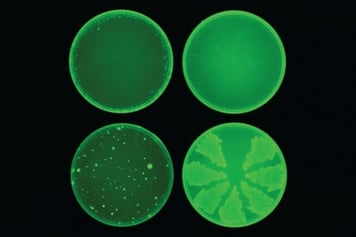 What it is: MIT researchers have now used an AI algorithm to identify new antibiotics capable of defeating even some antibiotic-resistant bacterial strains. The team first trained their machine learning algorithm on a set of 2,500 compounds, correlating their structures with their effectiveness in blocking the growth of bacteria E. coli. In succession, 6,000 additional drugs currently under investigation were fed to the program, which identified a promising set of antibiotics within hours. One such drug, termed halicin, was then tested and successfully killed bacteria that cause tuberculosis, Clostridioides difficile (or C. diff), as well as several other antibiotic-resistant strains. Upon this initial success, the MIT team is now working to test a digital database of around 1.5 billion compounds.

Why it’s important: Every year, more than 2.8 million people in the U.S. contract an antibiotic-resistant infection, of which over 35,000 cases result in death. Yet one of today’s most severe drivers of antibiotic resistance is overuse in human and animal populations. Around 30 percent of antibiotics—totaling 47 million prescriptions—are prescribed unnecessarily in doctors’ offices and emergency rooms in the U.S. each year. MIT’s algorithm could not only discover new treatments for resistant microbes, but also develop more precise antibiotics to replace those general drugs fueling the antibiotic resistance problem. 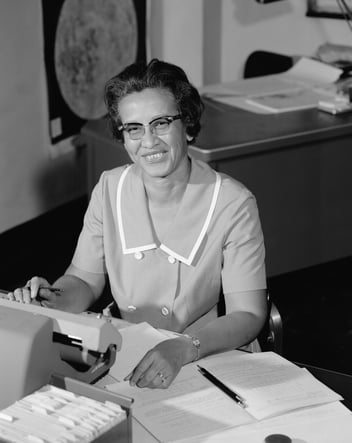 Katherine Johnson, notable mathematician and spaceflight pioneer, passed away this week at age 101. She first joined NASA’s predecessor, the National Advisory Committee for Aeronautics (NACA), in 1953, when her role—like that of many women of the era—was a human “computer.” At the time, human computers performed the many mathematical calculations necessary for early spaceflight, calculating launch windows, trajectories, fuel consumption and the like. Johnson’s work soon became integral to the success of the U.S. spaceflight program, most notably including trajectory calculations for Alan Shepard’s inaugural flight (launching the first American into space), Apollo 11, and the safe return of Apollo 13 (which suffered a critical mid-flight systems failure). Later in her career, Johnson would go on to work on the Space Shuttle program as well as early plans for U.S. missions to Mars.

Johnson’s work was essential to the early successes of NASA, not to mention the U.S.’s first landing of astronauts on the moon. Her legacy as a brilliant mathematician paved the way for humankind’s later successes in exploring and studying our solar system. However, equally critical was her role in breaking down racial and gender barriers. As an African-American woman in the mid-20th century, Johnson challenged institutional norms, societal expectations and systemic discrimination while making key contributions to the world’s extra-planetary pursuits. Indeed, this pivotal role earned her the Presidential Medal of Freedom, awarded by President Obama in 2015. Johnson has also been memorialized for her contributions to the space industry by NASA, whose new computational science facility at the Langley Center was formally dedicated as the “Katherine G. Johnson Computational Research Facility,” opened in 2017. Johnson will be remembered not only for her contributions to spaceflight, but for her pioneering and courageous work in transcending and helping dissolve systemic barriers to human freedom and realization. 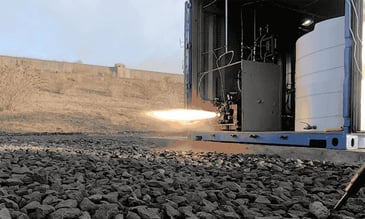 What it is: Edinburgh-based rocket-launch startup Skyrora has successfully completed its first stationary ground-firings with the company’s pioneered 3D-printed rocket engines. Instead of relying on petroleum, these engines are fueled by a kerosene derived from plastic waste, termed “Ecosene” by the company. Skyrora ultimately plans to use these engines to fuel its 22-meter launch vehicle (which stands at roughly one-third the height of SpaceX’s Falcon 9), slated to carry multiple loads for up to 500km. Through a proprietary engineering process, the company converts 2,200 pounds of plastic waste into 1,300 pounds of “Ecosene” fuel. Slashing the footprint of typical rockets, Skyrora’s fuel produces 45 percent fewer greenhouse gas emissions than traditional kerosene when burned. It moreover requires no cryogenic freezing and can be stored for long periods, posing another advantage for transportation to launch sites.

Why it’s important: Low-Earth orbit (delineating an altitude of 2,000 km or less) is a popular region in today’s launch industry, particularly as satellites in this orbit begin contributing to an emergence of 5G networks across the globe. As Blue Origin, SpaceX, Boeing, and various others work towards vehicle launches to this altitude, Skyrora particularly stands out given its environmentally-conscious fuel alternative. By both reducing plastic waste and contributing fewer carbon emissions to the atmosphere, Skyrora’s alternative strategy could help us exit Earth’s atmosphere without damaging it as severely. 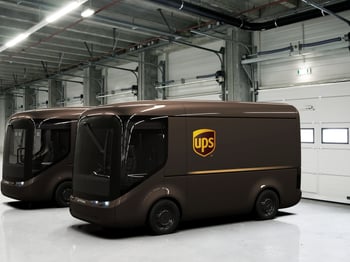 What it is: UPS has now announced that the parcel service will order 10,000 electric delivery vans from London-based startup Arrival. Following Hyundai’s $100 million capital investment in Arrival, UPS has now also obtained an ownership stake in the EV company. By combining ultra-lightweight composite materials and proprietary electronics and motors, Arrival has reduced its vehicle’s overall weight enough to trim aggregate operating costs by 50 percent when compared to traditional trucks. Touting a 150-mile range, the vans feature configurations ranging from 3.5 to 7.5 tons. And in the next four years, Arrival’s vans will fast permeate UPS fleets across the UK, Europe, and North America.

Why it’s important: This is the latest development showcasing UPS’s commitment to electrifying its fleet. In 2017 alone, UPS began a project to convert 1,500 of its New York City delivery trucks to battery-electric power, additionally experimenting with electric trucks from Daimler and reserving 125 Tesla semi-trucks. The following year, UPS additionally made a purchase of 950 electric delivery vans from Ohio-based Workhorse Group. As supply chain management behemoths like UPS and Amazon make sizable investments in electrifying their fleets, look for economies of scale to drive innovation and greater cost efficiencies elsewhere in the transportation sector. 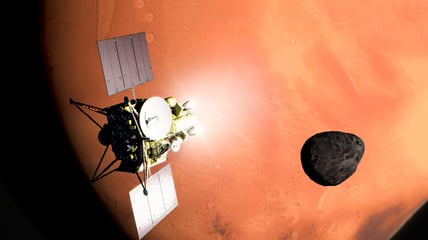 What it is: Japan’s national space agency, JAXA, has now approved a mission to the Martian moons Phobos and Deimos. Titled Martian Moon eXploration, or MMX, the mission is set to launch in 2024 and spend 3 years orbiting the moons, mapping them with 11 different instruments to measure properties such as elemental composition. The most novel component of MMX, however, will be its deployment of a rover on Phobos. Marking the first planned sample return mission, this rover will attempt to scoop up 10 grams of Phobos material and deliver it back to the spacecraft. In success, JAXA’s mission should return to Earth in 2029 with samples from the Martian moon.

Why it’s important: Phobos and Deimos are highly atypical moons, both irregularly shaped and with unusual orbits. Furthermore, Phobos orbits Mars at such a close proximity that it is literally being torn apart by the force of gravity. Data from JAXA’S MMX mission could help scientists better understand the origin of these mysterious bodies, as well as make projections of their future states and interactions. By extension, MMX’s findings might also help researchers understand the disappearance of water that once punctuated Mars’s surface hundreds of millions of years ago. Lastly, Phobos and Deimos have often been proposed as appropriate stepping stones for human missions to Mars. The data from this mission could thereby help determine the validity and methods of such a proposal. 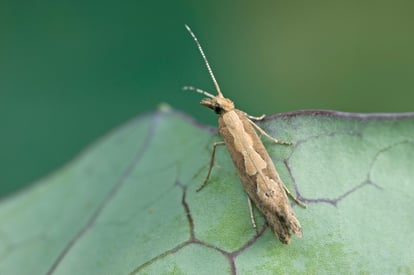 What it is: As published in Frontiers in Bioengineering and Biotechnology, an international team of researchers spanning Cornell, the NY State Department of Agriculture, and UK research institutions, has just released a genetically engineered diamondback moth into the wild. Aimed at sustainably suppressing the pest population, these moths are engineered such that when modified males mate with wild females, resulting female offspring will die during the caterpillar stage. While male offspring survive, their female offspring too will die during the caterpillar stage, reducing the diamondback moth’s population over time. To combat obvious objections surrounding the unforeseen consequences of releasing genetically engineered species into the wild, researchers noted that the gene is both species-specific and self-limiting, meaning it will disappear from the environment after a few generations.

Why it’s important: A highly destructive pest, the diamondback moth generates over US$5 billion in losses each year, largely given its resistance to pesticides. As digital biology and AgTech continue to advance through techniques like CRISPR and other genetic engineering methods, academics, industry leaders and regulators alike will need to minimize unforeseen consequences while maximizing benefits across agriculture, biodiversity, the food sector, and ecosystem health.

The Future of Technological (Un)Employment