In this week's Abundance Insider: Climbing robotic plants, a diabetes breakthrough, and a bigger-than Woodstock virtual concert in Fortnite.

What it is: Using synthetic liquid resin and CT-like scanning technologies, scientists at the University of California, Berkeley have developed a 3D printer that can produce replicas of nearly any scanned object in record time. Nicknamed “the Replicator” a la Star Trek, the printer draws largely upon CT scan-like technology, reverse engineering multiple 2D images of a 3D model at various angles. This sequence of computed images is then projected onto a rotating cylinder of liquid resin that selectively solidifies when exposed to given thresholds of patterned light.

Why it's important: By printing complex objects from photosensitive resin in one go — as opposed to mounting material layer by layer — this system enables researchers to produce smooth and flexible components at unprecedented rates. Beyond seamlessly high-resolution prints, however, these figures can even encase other objects embedded in the resin, allowing for the fabrication of multi-material components. Perhaps most exciting is the combination of the UC Berkeley team’s method with computed scans of 3D targets. Such a system could have dramatic implications in healthcare, for instance, offering rapid-fire prints of bespoke medical pieces, anatomical replicas and other multi-material devices. | Share on Facebook 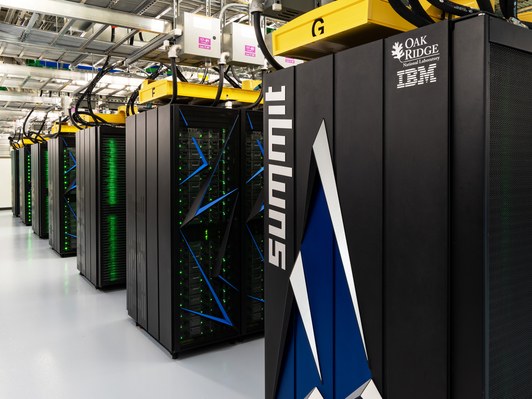 What it is: Summit, the supercomputer built by Oak Ridge National Labs, recently became the fastest supercomputer to run the TensorFlow Artificial Intelligence system. The supercomputer, about the size of two tennis courts, leveraged its 27,000 GPUs to run at speeds exceeding an exaflop (a billion billion operations per second). Its mission is to tackle climate change by predicting weather patterns and events up to 100 years in advance.

Why it's important: While we’ve been successful in doubling computing power every 3.4 months, on average, we’ve never applied TensorFlow and GPUs to a supercomputer’s specialized high-speed connections. This development will inform other large-scale efforts elsewhere, and is an excellent application of machine learning to address problems considered unsolvable. | Share on Facebook

What it is: In an excellent example of biomimicry, italian researchers replicated the unique hydraulic actuation system that climbing plants like vines use to grow and climb. Essentially, plants deploy different concentrations of the molecule cytosol to cause water to flow to a desired location in the plant’s structure (osmosis). As the water flows, the plant’s structure changes shape. The researchers replicated this phenomenon in their lab-made “tendrils" by using plastic tubing, a 1.3V battery, and a solution of small ions. Applying a voltage caused the ions in the solution to behave like cytosol and enabled the plants to curl and grow. While roboticists have implemented osmotic actuation before, this development marks the first time that the soft robot can reset after its curl and climb.

Why it's important: The rapidly approaching trillion-sensor economy will transform our understanding of our bodies and the world around us. Similarly, the trillion actuator economy enabled by soft robotics will give unprecedented control of our environment. Imagine the ability to instantly change not only the layout of your apartment, but the millimeter-scale details of your couch design, kitchen table, or standing desk. What new possibilities emerge when robotics technology can interact with the physical world? | Share on Facebook

What it is: Materials scientists from Northwestern University recently developed an oil-based coating for metals that self-repairs small chips and scratches within seconds. Almost everything that we build has a coating to protect the core structural material from environmental damage. Metals in particular are highly susceptible to corrosion (for example, rusting steel), and once chipped, scratched, or scrapped, the metal directly underneath the damaged coating weakens. In a robust demonstration, the researchers scratched the same spot 200 times in a row, each time showing that the coating returned to its undamaged state within seconds.

Why it's important: Some of the most catastrophic engineering disasters in history have resulted from coating damage, which means materials engineers and entrepreneurs are constantly presented with billion-dollar opportunities specifically related to coating. What age-old engineering problems can we solve with the power of modern materials science? | Share on Facebook 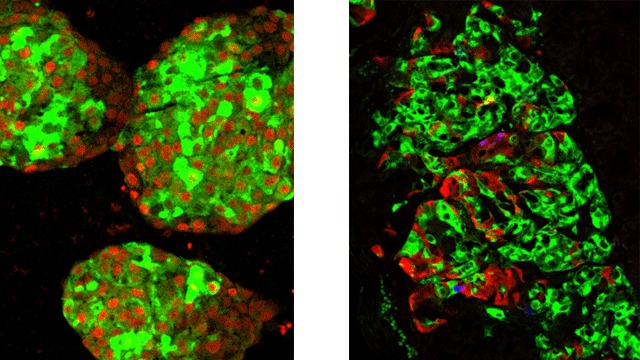 What it is: In a new feat for type 1 (T1) diabetes research, scientists at UC San Francisco have generated fully mature insulin-producing cells in the lab from human stem cells. Given T1 diabetes’ destruction of insulin-producing beta cells in the pancreas, researchers have long attempted (in vain) to produce lab-grown versions of these cells. However, only now has a critical facet of beta cell maturation been discovered: a process by which cells separate from the pancreas to form islets. By replicating this process artificially, UCSF’s team found that the cells’ development suddenly accelerated. Most importantly, however, once transplanted into healthy mice, these lab-grown “islets” yielded fully functional cells that produced insulin in response to blood sugar.

Why it's important: Up until now, T1 diabetic patients have been limited to treating symptoms through frequent insulin injections or otherwise face the risk of invasive pancreas transplants. Even in the latter case, however, only about 1,000 out of 1.5 million patients in the U.S. are able to get such transplants in a given year, many of which are unsuccessful. Generating, let alone transplanting, fully mature lab-grown beta cells has long been an elusive dream in regenerative medicine, one that could finally offer a cure to this autoimmune disorder. Now capable of bringing these cells to maturation, UCSF’s scientists are charging forward with new research to ensure safe transplantation into diabetic patients, thereby ensuring healthy insulin production for life. | Share on Facebook

What it is: Fortnite Dance Fortnite, the world’s most popular massively multiplayer online game (MMOG), recently launched a shared experience centered on a 10-minute mini-set from electronic artist DJ Marshmello. Leveraging lessons from past gamewide events like its rocket launch, Epic Games teased the show with virtual posters, and even displayed visuals of the stage construction. An estimated 10 million concurrent users viewed the concert, with players emoting and dancing throughout. Epic monetized the event with in-game purchases of special skins and other virtual items.

Why it's important: This digital concert is a massive validation of what’s possible in the metaverse even without Virtual Reality. Millions of users from around the globe participated in an entirely virtual live experience. What opportunities do you see to bring your community together in similar ways? | Share on Facebook