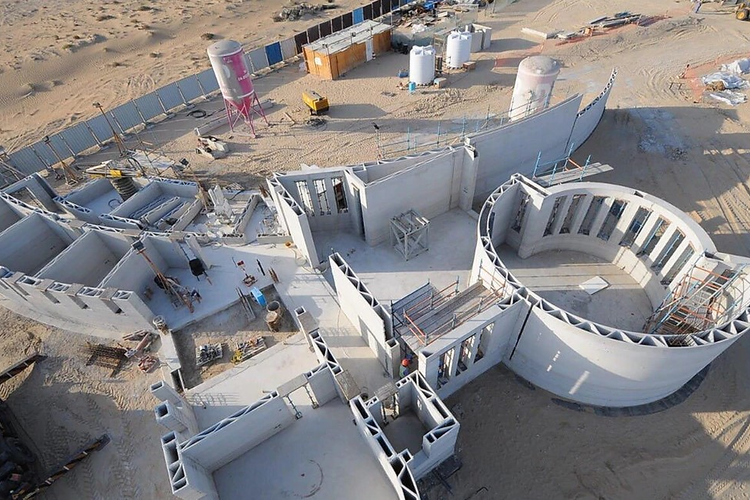 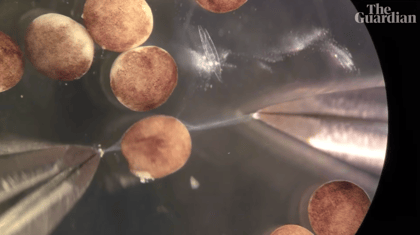 What it is: Scientists have now built a “xenobot,” a new class of living artifact made from embryonic frog stem cells. Using a supercomputer, researchers ran an evolutionary algorithm—in this case testing thousands of 3D rudimentary life form designs within a simulation—to determine the best design for a millimeter-length robot. This virtual “evolution” yielded numerous little critters capable of propelling themselves forward, pushing pellets around, carrying objects, and even healing themselves after getting cut. “Powered” for up to ten days by living heart muscle cells, these primitive biological bots were built with the hopes of one day cleaning up microplastics in oceans or even delivering drugs within the body.

Why it’s important: In the words of research co-lead Joshua Bongard, “These are novel living machines [...] They’re neither a traditional robot nor a known species of animal. It’s a new class of artifact: a living, programmable organism.” Within the realm of targeted drug delivery, their biodegradable nature could also prove highly valuable, as they essentially turn into dead skin cells once their job is done. The power of such technology can hardly be overstated, as the ability to engineer small-scale, alternative living machines is rapidly becoming part of humanity’s toolkit. And beyond these xenobots’ utility in everything from personalized medicine to environmental cleanup, their development process is helping to steer forward the field of evolutionary algorithms.

Construction Completed on Largest 3D-Printed Building in the World 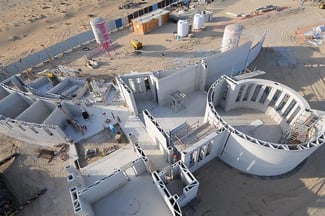 What it is: U.S. Company Apis Cor has 3D-printed a 31-foot-tall, 6,900-square-foot building in Dubai. Using a single printer, one crane and three workers, the company was able to create the two-story structure outdoors and exposed to the elements (a harsh environment for most 3D printers) with no humidity or temperature control. The printer used a gypsum-based material to print the walls, which were then reinforced with concrete and rebar (while floors, roofing, and windows were installed by other contractors). Apis Cor’s resulting structure is now the largest 3D-printed building in the world.

Why it’s important: The UAE’s most populous city, Dubai has pledged to have 25 percent of its buildings 3D-printed by 2030. In service of this goal, Apis Cor’s development project is a remarkable demonstration of how far 3D printing construction technologies have developed. While China became home to the world’s tallest 3D-printed structure (at 5 stories) in 2015, Dubai’s new building now breaks the record of largest 3D-printed building by volume. And as materials science breakthroughs meet new modes of construction, we will begin to witness a decrease in structural constraints and construction times, not to mention far more ecological practices in real estate.

There's a new obstacle to landing a job after college: Getting approved by Artificial Intelligence

What it is: With a glut of applicants for new jobs and internships, companies like HireVue, Yobs and Talview now offer AI-based assessments of video interviews and are increasingly helping companies screen their candidates faster. HireVue, in particular, now interviews 1 million applicants every 90 days for over 800 customers. Answering businesses’ predetermined questions, candidates respond on camera through a laptop or smartphone, after which HireVue’s algorithms analyze details such as diction and grammar, facial expressions and voice tonality, and help determine both candidate attributes and team fit. The growth of such AI as a service (AIaaS) products, however, is prompting universities (from Duke and Purdue to UNC) to help students prep appropriately for algorithmic recruiting procedures, teaching behaviors such as specific key words and phrases, and maintaining direct eye contact with the camera.

Why it’s important: Artificial Intelligence’s growing ability to identify top talent has induced ethical and regulatory concerns surrounding AIaaS’ injection into the hiring process. Yet the technology’s ability to screen hundreds of thousands of candidates at scale undoubtedly brings considerable efficiency to the recruitment process. Particularly as distributed workforces and remote teams cause an increase in eligible job candidates and recruitment complexity, AIaaS will be critical for optimizing team-employee fit and sourcing the best candidates for any given role or project. 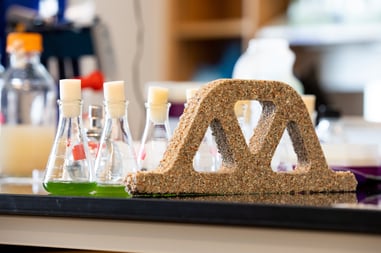 What it is: A research team at the University of Colorado, Boulder, has created living concrete that can even reproduce. The material is formed by cyanobacteria, a common photosynthetic microbe, which uses energy from the sun and carbon dioxide to produce calcium carbonate. When the cyanobacteria are suspended in a mixture of warm water, sand, and nutrients, the calcium carbonate product cements the sand particles together to form a rigid structure. The researchers additionally found that adding gelatin to the mix resulted in faster growth and stronger structures, which could be molded into cubes, shoebox-sized blocks, and truss pieces. And after just a few days in dry conditions, these blocks reach maximum strength. While the bacteria gradually die, they can be revitalized using high temperatures and humidity even after a few weeks. The researchers also found that after cutting a block in two and submerging one half in the warm water-mineral-gelatin mixture, it regrew to form another complete block.

Why it’s important: Funded by the U.S. Department of Defense, this project could have huge applications in remote construction environments, where transporting large quantities of material is neither efficient nor safe. Living building materials (“L.B.M.s”) naturally reproduce to provide abundant building materials at low upfront costs. Perhaps most notable, this living concrete absorbs carbon dioxide from the atmosphere, counteracting the significant CO2 emissions generated by traditional concrete production. Moving forward, the team hopes to make their material stronger, more resistant to dehydration, and more easily configurable. The bricks have even been predicted to one day detect toxic chemicals or structural damage, alerting humans to infrastructural risks in advance. And long-term, we may even see this miraculous concrete make it to Mars and other extraplanetary colonies.

Future of Money - AI Investors, Death of Cash & the Crowd…

7 Business Models of the Next Decade