What it is: For almost 60 years, Disneyland has used animatronic figures -- dynamic robots that bring beloved characters to life. But Disney’s newly launched (literally) Stuntronics are a whole new ball game. Initially built out of a small research project called Stickman, Disney Imagineering’s Stuntronics are fully autonomous, self-correcting aerial performers designed to fly across Disney parks, striking heroic poses and following perfect trajectories to stick the landing every time. Geared with on-board accelerometers and gyroscope arrays, these robotic 'stuntpeople' can be flung into the air like trapeze artists, controlling rotation and center of mass with remarkable precision.

Why it's important: As Virtual Reality and immersive digital technologies increasingly bring you into on-screen action, lifelike autonomous humanoid robot are now bringing the action to you IRL. Whether dressed as Elastagirl or Iron Man, Disney’s lifelike Stuntronics robots are beginning to electrify real-world entertainment, performing near-superhuman stunts throughout entire theme parks and ushering in an era of safe interactive spaces. An extraordinary step towards human-like bipedal walking robots, Stuntronics represents a major breakthrough in robotic dynamism and maneuvering precision. | Share on Facebook 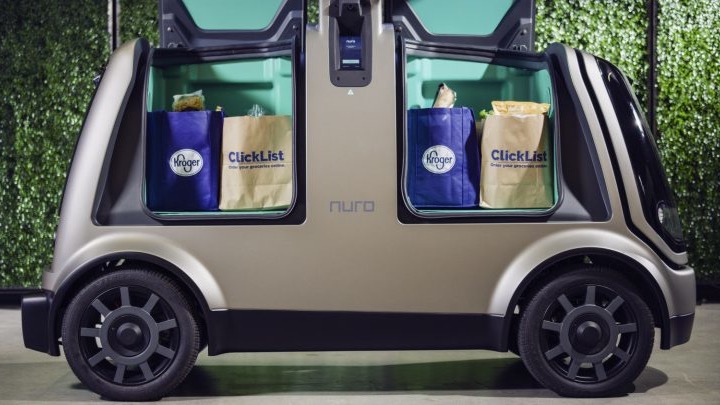 What it is: Grocery giant Kroger and autonomous vehicle startup Nuro have announced a partnership to change the face of grocery shopping, making same-day delivery affordable and accessible for everyone. Customers will utilize Kroger’s “ClickList” ordering system and Nuro’s app to set up delivery via Nuro’s fleet of fully autonomous vehicles. The pilot market will be named soon, with deliveries expected to begin in the fall.

Why it's important: By partnering with startups, traditional "brick and mortar" businesses are adopting exponential technologies at an accelerating rate, and to everyone’s benefit. Here, Nuro gains access to a distribution network of 2,800+ stores in 35 states (presumably allowing the company to secure funding), while Kroger shows us that it can reinvent itself for the future to compete with the likes of Amazon and Instacart. How does change your go-to-market strategy? | Share on Facebook

New Material Eliminates Need for Motors or Actuators in Future Robots, Other Devices

What it is: A new material (nickel hydroxide-oxyhydroxide) that can change shape and exert a force of over 3,000 times its own weight has been developed at the University of Hong Kong. The material can be stimulated to undergo its shape change by low-intensity incident light or electric current, as well as small changes in humidity and heat. Stimulation by light, heat and humidity can be carried out wirelessly -- making this material ideal for artificial microrobotic muscles. Since nickel is the bulk element of the material, the material is low-cost and easy to fabricate.

Why it's important: Soft robotics are essential for creating automated robots that can mimic human behavior and perform human tasks. Human muscle tissue is highly effective at allowing us to perform complex movements, like making a fist or throwing a ball. Materials that eliminate the need for dimensionally-restricted actuators by providing a new approach to moving components of mechanical systems are integral for moving forward soft robotics. | Share on Facebook

What it is: United Therapeutics 3D-printed a replica of an upper human airway. The windpipe plus two bronchioles were printed out of collagen -- biology's cement-like structural material. Right now, using stereolithography techniques (basically using light to selectively cure a polymer that reacts to light), the printer can print details that are on the order of 20 micrometers. For context, functional lungs require detail of less than one micrometer. While collagen lungs are not useful for organ replacement, United Therapeutics is working to embed lab-grown lung cells into a matrix of the collagen lung structure. The company plans to one day be able to print lungs and other organs en masse, bypassing organ shortages and the need for organ donors.

Why it's important: United Therapeutics projects they'll be able to produce fully manufactured organs in 12 years -- a negligible time frame relative to human history, where we’ve needed to rely on nature to create replacements for defective body parts. We are right around the corner from a transformative, revitalizing technology. 3d printing biomedical technology is rapidly evolving with detail becoming finer and finer every year. Likewise, stem cell culturing technology will certainly impact the ability to engineer and grow lung tissue cells to embed in this 3D printed cellulose structural matrix.  Share on Facebook 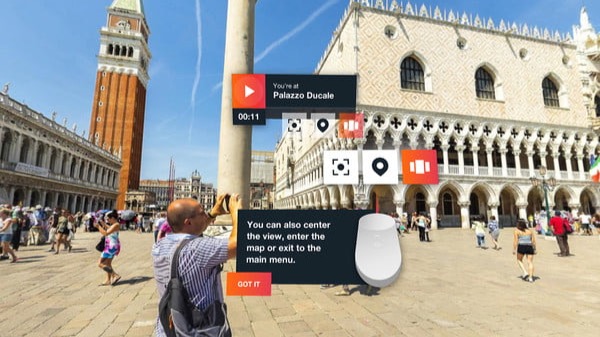 What it is: If we can sample food and try on clothing before a purchase, why not test-drive a city before committing to a flight? Enter Kayak VR, a virtual reality platform that lets you explore a city and learn about its most treasured landmarks from the comfort of your living room. Accessible through Google’s Daydream headset, Kayak VR is currently piloting two cities -- Venice and Kathmandu -- providing travel tips and trends, audio tours on landmarks, exploration of local hotels, and a sense of the real scale (and crowdedness) of a given destination. Perhaps one of Kayak VR’s more remarkable features is the app’s stereophonic sound option, adapting its audio tour to your visual focus within a given scene.

Why it's important: Targeted at the ‘pre-exploration’ of a city, Kayak VR serves both tourists on the fence about where to go and eager planners building out a trip agenda. Zooming out, tools like Kayak VR democratize and delocalize global tourism -- an industry that contributed nearly $8.3 trillion USD to the global economy in 2017. Offering visually coherent and educationally rich data on your surroundings, the platform may one day allow anyone a private tour of the Sistine Chapel or a view from Mt. Kilimanjaro. While nothing beats circling Venice in a gondola or reaching the peak of a hike, Kayak VR’s informational tours and visual immersion could one day offer unprecedented exposure to billions without a passport or the ready capital for a flight. Clearly this is one of the many to come virtual reality travel applications. | Share on Facebook

What it is: Scientists at UC Berkeley have developed a robot that can mimic an action purely by observing a person perform the task a single time, live or in video. By combining an imitation algorithm to allow it to pick up new skills with a meta-learning algorithm to incorporate prior tasks and movements, the robot is able to perform actions like pushing cups toward a target or pick up fruit and put it in a bowl.

Why it's important: Programming robots has typically been a highly technical and time-intensive coding process. Even where robots have learned by watching other robots, perfection has come only after thousands of repetitions. Could this be an interface moment, accelerating our ability to communicate and teach? And what other opportunities are unlocked when robots can utilize similar meta-learning programs to develop strategies for new situations? | Share on Facebook

My Top 3 Tips for Designing an XPRIZE