In this week's Abundance Insider: Living solar cells, digitally cloned executives, and a $1B real estate company that operates entirely in Virtual Reality.

Inside a $1 Billion Real Estate Company Operating Entirely in VR

What it is: Launched on the heels of 2008’s historic real estate collapse, eXp Realty has beat all odds, going public this past May, surpassing a $1B market cap on Day 1 of trading, and doubling their number of real estate agents to over 12,000 across 300 markets in just seven months. Their secret? An online virtual campus for employees, contractors and thousands of agents to attend team meetings and training seminars. Glenn Sanford, eXp Realty’s founder and CEO, originally opted for a demonetized virtual model until VirBELA built out the company’s office space in Virtual Reality three years ago, unlocking indefinite scaling potential.

Why it's important: Building a company within Virtual Reality is a novel, accessible ways of unlocking Peter’s 6Ds to disrupt any industry. "If we were to have the constraints of physical offices, the growth we’ve had simply wouldn’t be possible," said eXp Realty’s CTO Scott Petronis. With a Virtual Reality powered campus, you can hire anyone with Internet access, redesign your corporate office every month, throw in a luxurious bar for social events and a beach-front office for client meetings, and forget about the carbon footprint of daily commutes from Day 1. | Share on Facebook

What it is: Adidas is showcasing a glimpse of the future of personalized footwear at its pop-up Speedfactory Lab Experience in Brooklyn, NY. The pop-up brings some of the developing technology for fully-customized footwear from Adidas' full-scale Speed Factories in the U.S. and Germany. The Speedfactory has a souped-up treadmill with data acquisition equipment to provide real-time analysis of a customer’s running strides. At the store, Adidas employees acquire information about how you run that would generally be used to help select your optimal running shoe style. Adidas can also use this data to design the perfect running shoe for you.

Why it's important: Personalized footwear is an excellent test case to showcase the production capabilities and advantage of 3D printing. A good shoe must be tough and durable, yet flexible and lightweight, and meet the wearer's expectations for support and comfort. Imagine shoes custom-fitted to each of your feet, with the style tailored exactly to your taste. How will this disrupt traditional footwear, the retail experience, and related accessories like shoe inserts? | Share on Facebook

What it is: Prague-based VRgineers has just released the world’s most visually accurate professional VR headset ever, the crystal-clear XTAL. Targeting enterprise platforms for engineering and design professionals, the XTAL boasts a 5K resolution (nearly double that of the HTC Vive Pro) and 170º field-of-view. Enabling voice commands via a built-in microphone and voice recognition software, the XTAL is also geared with AutoEye technology that seamlessly aligns the headset’s lenses with your eyes. It's the first headset to feature an embedded Leap Motion sensor, tracking your hands as they interact freely with the VR scene, no controllers needed.

Why it's important: As Abundance 360 member and VRgineers cofounder Martin Holecko told us exclusively, the headset’s smart tracking, unmatched resolution and wide field of view are critical catalysts to VR’s mainstream use in “design evaluation, virtual prototyping, virtual product configuration, remote employee training [and] simulations of activities such as driving and flying.” Carmakers from BMW to Audi are using the XTAL headset to accelerate designing, prototyping and evaluating new car models. And as augmented reality and virtual reality headset shipments are predicted to reach nearly 100 million units in 2021, VRgineers is now expanding into architecture, training, and vivid simulations that may soon let any enterprise design everything from intricate office spaces to commercial aircrafts at minimal cost. | Share on Facebook 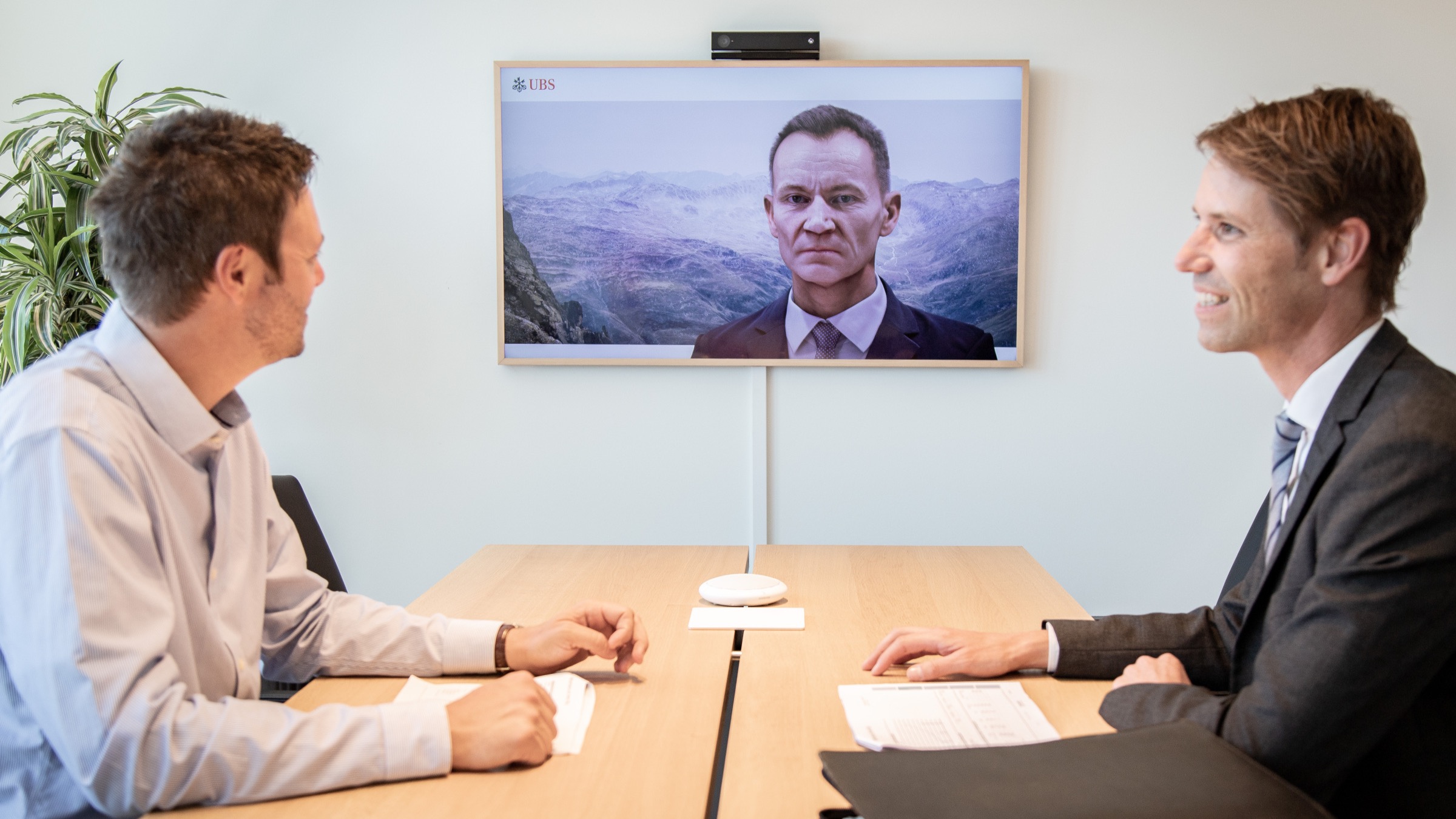 What it is: Swiss investment bank UBS is leveraging Artificial Intelligence technology built by FaceMe to digitally clone Daniel Kart, the UBS Chief Economist. FaceMe used over 120 HD cameras to generate a rendering of Kalt. Powered by FaceMe’s customer-service AI -- which Kalt trained to match his answer set -- the digital-clone can interact with multiple customers via video call at once. Kalt trained the AI economist's algorithms; accordingly, the AI won't answer any questions it wasn't specifically trained to answer. The project, dubbed UBS Companion, is “trying to find the best possible combination of human and digital touch.”

Why it's important: While physically cloning our DNA to produce carbon copies (literally) of ourselves isn't feasible today, digitally cloning narrow parts of our persona is. What if you could train an AI chatbot that looks like you, talks like you -- and, most importantly, thinks like you -- to answer questions just as you would? Eventually, we’ll all have an army of digital clones that we can deploy to answer questions in our personal and professional lives, allowing us to multiply our impact. | Share on Facebook 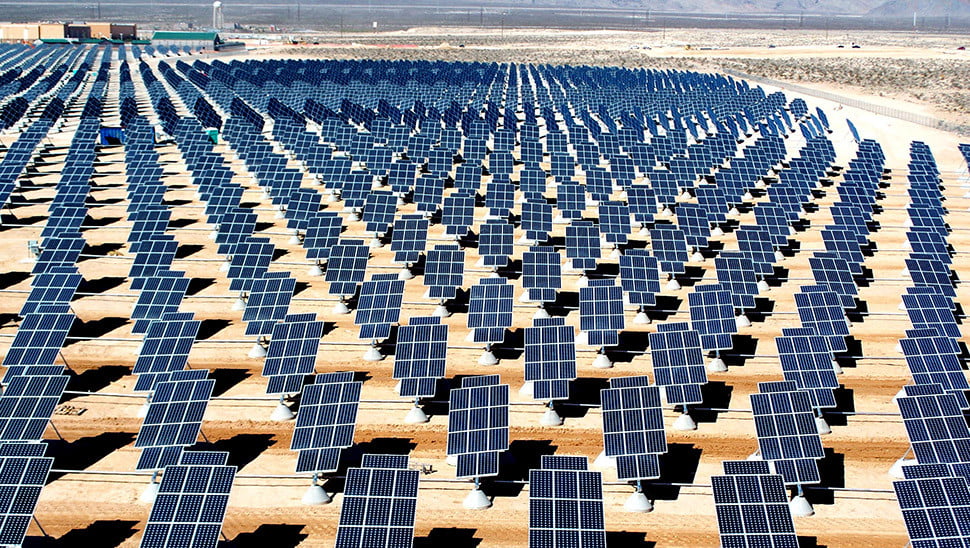 What it is: Researchers at the University of British Columbia have created living solar cells capable of producing electricity even in bad weather and low light. To get there, the team engineered E. coli to produce lycopene, a known light harvester, and coated them with a semiconductor. As the lycopene degrades and gives off electrons, a current is generated. The method is a 10x cost improvement over similar efforts, but more interestingly, it's equally effective in low-light conditions. While early stage, many applications are evident, such as powering sensors in mines or other remote locations where direct sunlight is sporadic at best.

Why it's important: Notice the combination of materials science with genetic engineering. What other problems can we address by combining disciplines, or changing our mindset to view technology silos as tool sets? | Share on Facebook 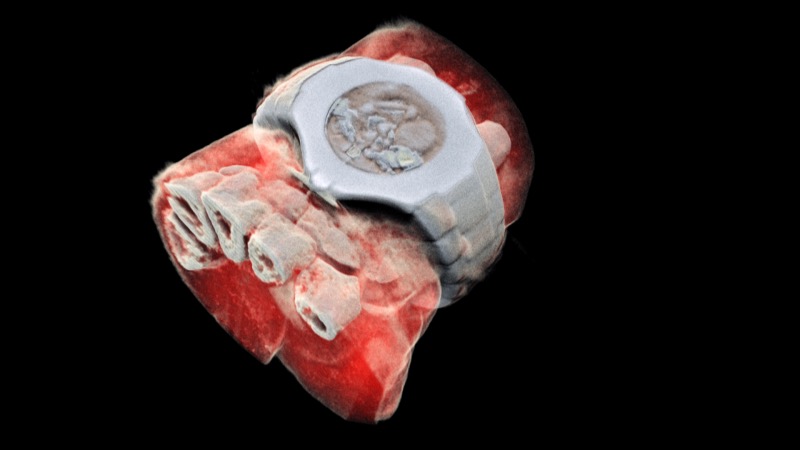 What it is: Mars Bioimaging, a company spun out of CERN, has developed a 3D scanner capable of creating full color X-ray images. Based on the Medipix3 imaging chip family developed for particle accelerators and the Large Hadron Collider, the scanner enables better visualization through extremely high resolution scans. When coupled with algorithms for generating 3D images and color coding based on energy levels, MARS is able to visualize different body parts such as fat, water, calcium, and disease markers. In clinical settings so far, this is enabling improved diagnostics and personalized treatments in areas as varied as cancer and heart disease.

Why it's important: Yet another impressive development in our quest for increased health span and improved understanding of physiology and disease. Zooming out, it's also another great reminder of innovating based on first principles, which often generates breakthroughs across disciplines and industries. | Share on Facebook