In this week's Abundance Insider: "Smart" glass, an "EpiPen" for spinal cord injury, and the first-ever image of quantum entanglement. 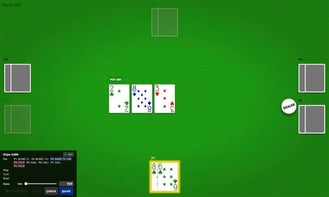 What it is: Achieving the next frontier in AI game-playing prowess, an Artificial Intelligence system developed by Carnegie Mellon researchers has now defeated the most skilled professional players at Texas hold ‘em poker. Developed in collaboration with Facebook AI, Pluribus’ core was constructed through competition against copies of itself. In success, five copies of Pluribus then played 5,000 hands of poker, proving formidable against both World Poker Tour record-holder Darren Elias and Chris "Jesus" Ferguson, six-time winner at the World Series of Poker.

Why it's important: Having graduated from chess to the complex game of Go, Artificial Intelligence has just hit an extraordinary new milestone. Particularly given poker’s involvement of complex human interactions and expression, Texas hold ‘em has been a far more challenging coup for AI than any previous game. Take chess, for instance. It has now been 21 years since IBM’s Deep Blue beat then-world chess champion Gary Kasparov in a six-game series. According to Moore’s Law, Pluribus’ victory therefore required 2^23 times the amount of computing power to achieve the same world record in poker. As artificial intelligence technology continues to thrive on this surge in computing power, what other games or strategic mazes might AI overcome? | Share on Facebook 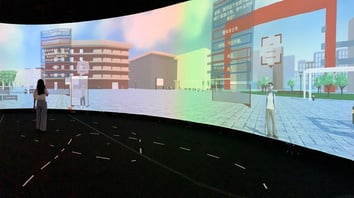 What it is: Introducing VR to the classroom, Rensselaer Polytechnic Institute (RPI) is now using a 360-degree virtual environment to teach its summer students Chinese. Partnering with IBM Research, two RPI faculty members initiated the project to replicate the benefits of language immersion in social interactions and role-playing games, maximizing language retention. In VR restaurant simulations, for instance, students can order food, ask about a dish’s history by pointing at it, or pose culinary questions to the narrative-generating AI. While integrating various commercially available products into the experience, the researchers have even developed their own tone analysis algorithm that detects student pronunciation and provides audiovisual correction in real time.

Why it's important: In a 2017 pilot of the program, researchers noted a significant qualitative improvement in engagement, inducing students' social investment in linguistic mastery. Beyond language learning, however, immersive virtual experiences could teleport students to the inside of a cell, the surface of the Moon, or hyper-realistic historic events. As AI simulations explode in quality — responding to user inputs from sensors, microphones and cameras — learning by doing will become an educational norm through personalized AI output and VR immersion. From professional skill sets, to language fluency, to engineering prowess, the love of learning will be available to all. | Share on Facebook

Scientists Create An AI From A Sheet Of Glass

What it is: Engineers at the University of Wisconsin-Madison have created “smart” glass that can recognize images without any sensors, electrical circuits, or even a power source. The researchers first placed tiny bubbles and light-absorbing impurities into a piece of glass, causing light to bend in association with specific images. Their first iteration, for instance, was designed to identify handwritten numbers. In this case, the glass’s impurities scattered light waves reflected off of written numbers onto one of 10 spots on the other side of the glass, each corresponding to an individual digit. Aiming to scale the technology beyond number identification, the researchers even posit “smart” glass’s potential in facial recognition and security applications.

Why it's important: While incredibly powerful, today’s facial recognition systems (powered by AI and its subset deep learning) consume massive computational and energy resources. If scaled in complexity, however, “smart” glass might one day become embedded in your personal cybersecurity system, no battery or power source required. Moreover, “smart” glass could multiply the speed of recognition, from traditional computing timeframes to (literally) the speed of light. Whether in quantum computing, optical computing, or even more peripheral biological computing schemes, “smart” glass and it's coming successors could render failsafe and lightning-fast information transfer across countless use cases. | Share on Facebook 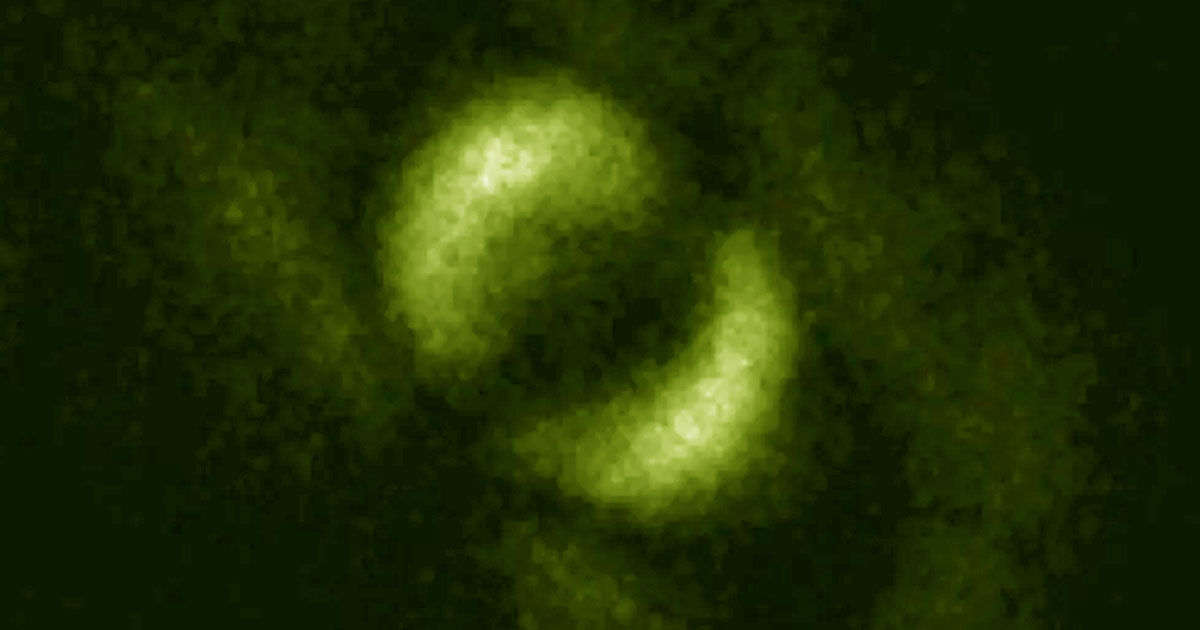 What it is: By rigging a camera to capture 40,000 frames per second at -30 degrees Celsius, physicists at the University of Glasgow have now captured the first-ever image of two photons linked through quantum entanglement. A bizarre and fundamental phenomenon, quantum entanglement allows particles to remain connected, responding to each other’s physical properties and changes, even if separated by vast physical distances. While physicists have tested and confirmed quantum entanglement, applying the phenomenon in applications like quantum computing and cryptography, photographic proof has been a long-awaited feat.

Why it's important: Far beyond validating quantum entanglement with visual evidence, this breakthrough could serve to advance numerous emerging fields, from quantum computing to new imaging methods. As explained by senior author Miles Padgett, the experiment “shows that quantum effects do change the types of images that can be recorded.” As quantum mechanics continues to birth novel technologies, our ability to photograph underlying phenomena could prove a boon for new discoveries and computational platforms. | Share on Facebook 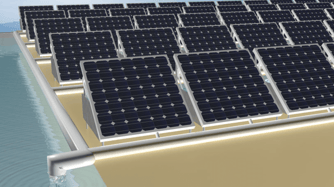 What it is: Scientists have constructed a water purification system that utilizes heat waste from solar panels to distill clean water. As solar cells generate electricity, solar panels’ otherwise unused heat drives evaporation in the water distiller below. This vapor then travels through several porous polystyrene membranes, resulting in the condensation of drinkable water on the other side. Working in symbiosis, the distillation system thereby solely exploits wasted heat, leaving solar panels’ electrical production capacity untouched.

Why it's important: Some of the world’s most brilliant minds, investors, and engineers have invested decades of R&D, capital, and energy to crack the code of clean water abundance. Yet the question still remains: how can we deliver low-cost, excess drinkable water to those who need it? By deriving value from waste, this low-cost contraption helps meet two vital human needs at once — energy and clean water — in a single elegant solution. | Share on Facebook

An 'EpiPen' for spinal cord injuries 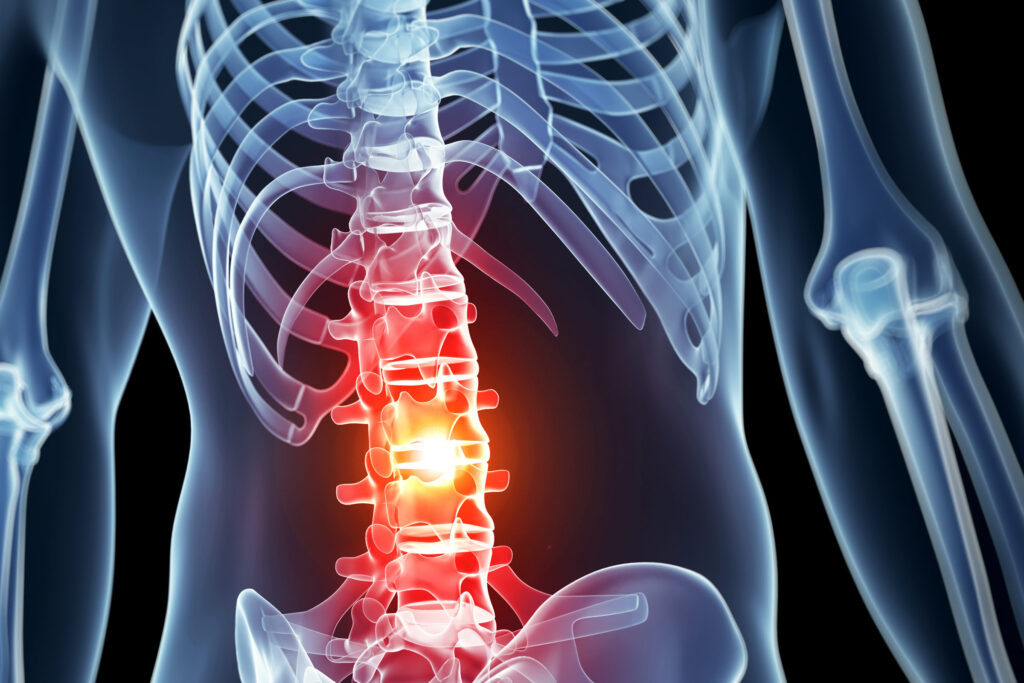 What it is: Our immune system’s response after spinal cord injury can be the difference between walking ability and paralysis. Now, a team of researchers at the University of Michigan has developed an “EpiPen” of sorts, capable of preventing paralysis in the aftermath of trauma to the central nervous system. The injection uses nanoparticles to reprogram aggressive immune cells — thereby preventing the immune system from overreacting — to reduce inflammation and promote a therapeutic response.

Why it's important: Rather than attempting to overcome the body’s immune response, the researchers’ novel approach reprograms this response to aid in the healing process. By co-opting the immune system, this treatment marks a tremendous improvement over prior methods that attempt to offset the effects of inflammation (across the blood-brain barrier) after the fact. Given the immune system’s critical role in countless age-related diseases and chronic conditions, future iterations of this treatment could prove invaluable in mitigating immune response and managing disease. What applications would be most consequential? How might this impact our human healthspan? | Share on Facebook

Energy Abundance: The Future of Nuclear