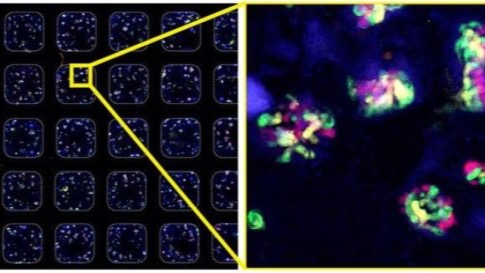 What it is: Researchers at the University of Washington have developed an automated system using robots to rapidly produce stem cell-derived mini-organs. While growing cells for biomedical research conventionally involves a lengthy culturing process within flat, 2D sheets, researchers have more recently been able to grow stem cells into 3D structures called organoids, or mini-organs, which resemble and behave much more similarly to human organs. However, this is the first time a team has successfully automated the manufacture of organoids from pluripotent stem cells, vastly expediting mass production of organoids and opening up new opportunities for pharmaceutical experimentation.

Why it's important: Automated production of organoids will offer far more representative insights into the true effects of drug treatments, and at an unprecedented pace. Aside from immense speed improvements, robots are an ideal choice for building out innumerable organoids and subsequent drug testing with consistent accuracy -- able to work around the clock without any precision loss. In one iteration, UW's robots coaxed stem cells into thousands of kidney organoids over the course of 3 weeks, allowing researchers to perform high-throughput screening (testing a high number of samples at once) and newly understand the effects of various substances on polycystic kidney disease. And as stem cell-derived organoid production decimates in cost and speed with the rise of robotics, pharmaceutical research is about to get a major upgrade. | Share on Facebook 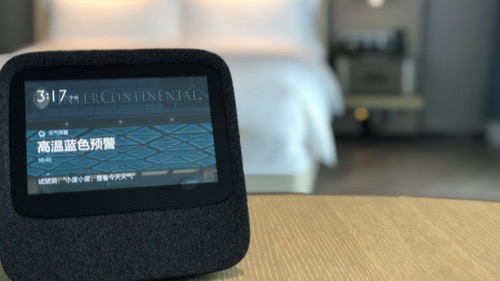 Why it's important: Imagine telling your room you are "getting into work mode" or "going to sleep," and your living area immediately adds a blue tint to your lighting or cools down accordingly. While still in its early stages, InterContinental and Baidu's integration of AI into hospitality represents a shift towards smart and responsive environments, whereby human-computer interaction is no longer relegated to a digital screen. While hospitality players like Marriott International and Best Western toy with facial recognition check-in systems and interactive travel ads, respectively, smart living environments are only the beginning of AI’s use in hospitality management. | Share on Facebook

VR Treatment, Even Without a Therapist, Helps People Overcome Fear of Heights

What it is: Researchers at Oxford have been experimenting with fully immersive virtual reality technology to treat phobias like the fear of heights (acrophobia). Recently, the team took 100 volunteers, each clinically diagnosed with acrophobia. Over the course of 2 weeks, 51 volunteers received no treatment while the remaining 49 received six 30-minute sessions entirely in VR. During the sessions, a virtual coach guided and encouraged participants to gradually take on more risk, moving from throwing balls off ledges to saving a cat in a tree to walking on a platform without ledges. By the end of the study, 34 of the participants receiving VR therapy had improved so much that they would no longer have qualified for the study at the outset.

Why it's important: While this study has its limitations, the uses of virtual reality in medical and behavioral change is growing fast. Couple this with the successful addition of a virtual coach, and a clear path emerges to meet the needs of underserved demographics. What opportunities do you see in getting these treatments to those who need them most? | Share on Facebook

What it is: Rolls-Royce -- an engineering firm independent from Rolls-Royce Motor Cars -- is designing and developing nature-inspired, centimeter-scale maintenance robots. These robots will operate in insect-like-swarms, crawling inside engines to carry out inspections and perform maintenance. Rolls-Royce is collaborating with Harvard and the University of Nottingham to bring these miniature devices to market, enabling us to dynamically (i.e. with the ability to move around) access the innards of complicated jet engines. This technology will allow previously hidden nooks and crevices to be inspected and repaired.

Why it's important: We are rapidly moving closer to an age of ubiquitous nanotechnology. Swarms of small robots capable of assembling and assessing their environment are a step in the right direction. A major engineering challenge in complex systems (e.g. turbine engines, rocket components, and plumbing and electrical infrastructure) is maintenance. The ability to repair such systems, in situ, with a robot small enough to access them is transformative, and will help engineers maintain complicated, expensive systems better, faster and cheaper than before. | Share on Facebook

What it is: In preparation for Amazon Prime Day, Amazon India launched 10 Virtual R kiosks in popular malls across the country, transplanting kiosk visitors into a virtual world full of Prime Day products. Carried into a virtual city via hot air balloon, users can digitally explore physical spaces reflective of Amazon’s e-commerce sections -- fashion, bath and beauty, kitchen and dining, and even tech-laden interior design. See how a fridge might look from different angles (or peer inside!) within a designer kitchen setting, or test the fit of a dress by viewing it on a hologram in different sizes.

Why it's important: Each with its own theme, virtual rooms and 'city' spaces in Amazon’s VR kiosks are finally giving context to products we typically see in isolation on e-commerce platforms. By mapping out a digital marketplace onto an immersive 'physical' space, VR brings us closer to merging online and offline worlds, allowing us both the brick-and-mortar experience and the delocalized access that has helped make platforms like Amazon so profitable. And as VR development interfaces grow increasingly accessible, we may soon see the surge of everything from personalized virtual shops to a whole host of new designers, now able to virtually build and test any product range in VR. | Share on Facebook

What it is: Since its purchase in 2015, a Tesla Model S 90D has logged over 400,000 driving miles. The Model S was the first car purchased by Tesloop, a shuttle service company that offers rides on select routes in Southern California and Nevada. L.A.-based teenager Haydn Sonnad founded Tesloop because he wanted to own a Model S and needed a mechanism to finance the purchase. Over the last three years, Tesloop has only had to send the Model S in for three major maintenance jobs, totaling around $19,000 in expenses, or about $0.05 per mile. For comparison, maintaining a internal combustion engine (ICE) Lincoln Town Car costs about $0.22 per mile -- over four times the per-mile maintenance of the Tesla.

Why it's important: Well-made electric vehicles transform our energy economy; because their drivetrains have so few moving parts, maintenance costs drop significantly. What's especially noteworthy here is how a teenager started a successful business to finance his interest in electric vehicles. Disruption isn't happening simply because of technology -- it's also due to the new business models technology enables. Considering the rate of change, can traditional automakers evolve their business models quickly enough? | Share on Facebook