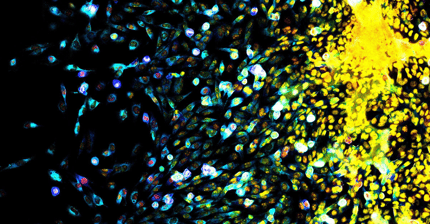 What it is: IBM has just decided to make open-source three newly developed AI tools that could assist medical researchers in the battle against cancer. Now available for widespread use, IBM’s tools range from predicting the efficacy of new drugs to treatment personalization. While PaccMann, for instance, uses deep learning to predict the viability of certain compounds for anticancer drugs, INtERAcT can parse tomes of medical journals to identify critical updates in the field, and PIMKL helps doctors tailor care regimens to individual patients’ needs.

Why it’s important: Intended to streamline cancer drug development, IBM’s tools will be far more powerful in the hands of many, allowing medical practitioners and scientists to keep up with newly published research and develop treatments far more quickly. Part of a larger open-source movement, the release of IBM’s AI tools and similar others is poised to multiply innovation in a number of medical fields, accelerating iteration rates, algorithm feedback and improvement, and the development of highly effective drug therapies. Welcome to an era of AI- and crowd-driven medical discovery.

What it is: Early this week, the Indian Space Research Organization (ISRO) — India’s equivalent of NASA — confirmed its successful launch of Moon-bound Chandrayaan-2. A 142-foot-tall rocket, Chandrayaan-2 is set to achieve the first-ever soft landing near the Moon’s South Pole, making India the fourth country to achieve a successful lunar landing. Beyond breaking records, however, Chandrayaan-2 is remarkably cost-efficient, with a mission budget of just $141 million (less than half the budget of the most recent Avengers movie, for reference). This follows India’s previous launch of its Mars orbiter on a mere $74 million budget (compared to NASA’s $671 million budget for a Mars mission the same year).

Why it’s important: Next up: India is now planning its first manned mission to space, set for 2022, and construction of the nation’s own space station. By honing low-cost space exploration, the ISRO could spur a wave of development in democratized, affordable spaceflight, equalizing opportunity for developing nations, young engineers and future astronauts, regardless of geography. As explained by ISRO’s Chairman Dr. Sivan, “[It] is missions such as Chandrayaan [...] that excite the youth, unite the nation, and also pave a technological seed for the future.” | Share on Facebook.

In a bid to achieve Artificial General Intelligence (AGI), Microsoft is investing $1 billion in OpenAI. 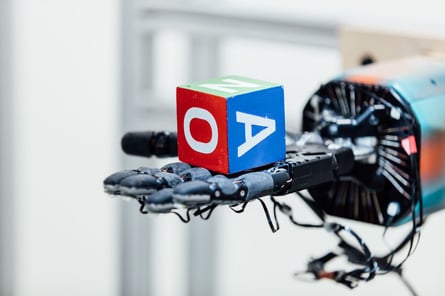 What it is: This week, Microsoft announced a $1 billion investment in startup OpenAI. While part of a parent non-profit organization dedicated to research in safe AGI, the company’s for-profit arm has developed AIs such as Dactyl (optimizing robot dexterity) and the Dota 2 AI gaming champion. In partnership, Microsoft provides OpenAI the needed capital to scale its R&D, while OpenAI offers a competitive edge in the popular pursuit of complex, brain-like machines. In effect, their partnership involves the joint development and training of new Azure AI supercomputing technologies, whereby Microsoft serves as OpenAI’s exclusive cloud provider.

Why it’s important: Co-founded by Sam Altman, Elon Musk, Greg Brockman, and Ilya Sutskever, OpenAI aims to promote A(G)I’s responsible and inclusive development while avoiding the technology’s ethical and existential risks. Beyond its research and long-term stewardship role, however, OpenAI has made tremendous strides in both AI-driven hardware and new software applications. Now boosted by Microsoft’s cloud infrastructure and new capital availability, OpenAI’s mission could play a vital role in our collective design, regulation and risk mitigation of AI development over the next decade. | Share on Facebook.

Bosch and Daimler’s driverless valet service has now received a green light for automated parking use. 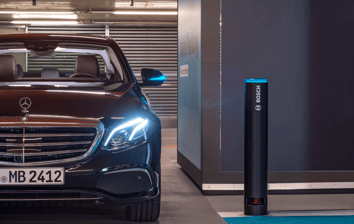 What it is: Over the past two years, Bosch and Daimler have collaboratively developed a push-button, fully automated, and newly approved parking system. Achieving Level 4 automation (meaning true hands-off functionality in controlled environments), the parking system has just been implemented at the Mercedes-Benz Museum in Stuttgart, Germany. Entering the sensor-laden parking deck, drivers can simply pull into the garage, exit their vehicles, and initiate autonomous parking remotely through a smartphone. Sensors embedded in the garage then help to guide self-driving cars to open spots, around detected obstacles, and back to initial drop-off spots at the end of a driver’s visit.

Why it’s important: Legal approval of autonomous parking systems such as that of Bosch and Daimler helps to validate the safety of tomorrow’s proliferating driverless networks. Whether in valet parking, interoffice delivery, household cleaning appliances, or in-home aid to the elderly, we are quickly witnessing the addition of an intelligence layer to countless environments via smart sensors and AI. At a fundamental level, this shift will soon allow all our transportation vessels — whether for passengers or goods — to communicate instantaneously with their environment and make far more efficient routing decisions in real time, independent of human input. | Share on Facebook.

Microsoft used mixed reality and AI to build a personal hologram that can speak any language in any voice.

Why it’s important: Translation AIs and next-generation hologram technologies will soon enable the next world leaders, influential executives, and performers to connect with global audiences in real time, rendering distance and language barriers immaterial. Renowned professors will be able to teach any classroom. Executives will address international company offices directly. Local broadcasters will share their stories globally. As AR headsets like the HoloLens 2 and AI translation become increasingly mainstream consumer products, we are about to witness a surge in information access across newly web-connected users. | Share on Facebook.

Facebook will release its AI tool to the OpenStreetMap community, allowing anyone to add unmapped areas across the globe. 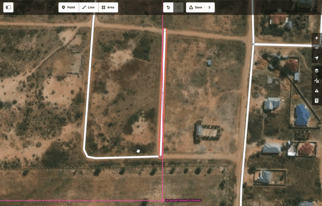 What it is: Aiming to map the world’s millions of miles of uncharted roads, Facebook has just announced the release of its Map with AI tool to the OpenStreetMap (OSM) community. Currently, Facebook relies on computer vision to spot roadway patterns in satellite imagery. The company’s deep neural network model can even distinguish unpaved roads and pedestrian walkways from walls or riverbeds in satellite images with a resolution of two square feet per pixel. Yet it is volunteers on OSM’s platform that will now be able to verify AI-mapped roads, collaboratively cataloguing uncharted areas across rural and infrastructurally developing regions. In one instance, local Thai and Indonesian communities worked with Facebook and its AI tool to map all of Thailand and 90% of Indonesia in under just 18 months.

Why it’s important: While often taken for granted, digitized mapping is an unsung hero of today’s hyper-connected world. Mobile maps and instantaneous routing provide us freedom of movement and — perhaps most importantly — ease of access to nodes of opportunity. Yet millions of miles of roads remain obscured from mobile users. While satellite imagery can assist in digital mapping efforts, AI-crowd collaboration has often proved the most robust method of achieving high-accuracy, low-cost, and rapid-fire results. As Facebook aims to “map the entire world,” identifying areas for rural internet access expansion, we are quickly approaching an era of eight billion web-connected minds. | Share on Facebook.

Podcast Episode 74: The Future of Construction