What it is: A new Barcelona bus equipped with augmented reality windows now informs tourists of key attractions as they drive by. Leveraging recent 5G data and location service capabilities, Telefónica, MediaPro, and Barcelona’s metropolitan transport agency TMB teamed up to build this 5G Augmented Tourism pilot program. Rather than simply sightseeing with an audio tour guide, visitors can now identify their surroundings from information projected on the window’s translucent Augmented Reality display. Users can even interact with the window through touch sensors, enabling viewers or tour guides to signal specific landmarks and access more detailed information about them. The AR visual features consist of high-contrast white outlines (that highlight specific real-world objects) and colorful splashes with edge animations (drawing the eye to AR overlays). While the display has a sunglass effect that dims real world vibrance through the window, the team aims to decrease this effect and expand coverage of its AR feature to span all windows of retrofitted buses in the future.

Why it’s important: Combining 5G connectivity, location data and Augmented Reality, this product gives us a taste of the future of transportation. While most Augmented Reality experiences today rely on personal headsets, expanding AR features to expansive, see-through surfaces (e.g. windows) allows for a shared experience between many users. At the 2020 Consumer Electronics Show, many vehicle manufacturers demonstrated heads-up Augmented Reality displays for drivers and in-window Augmented Reality entertainment. Integrated with 5G streaming and location-based tracking, these technologies will transform the way we see (and learn about) the world from our vehicles. 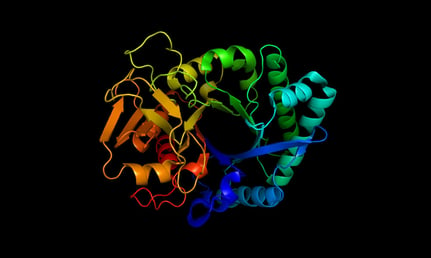 What it is: DeepMind, an advanced Artificial Intelligence unit under Google, has used its new deep learning system, AlphaFold, to generate and share predictions about the protein structures of the coronavirus. Typically, in cases where similar proteins’ structures have already been modeled, the system uses “template modeling”-based algorithms, which can draw from previous models to provide highly accurate predictions. Yet with AlphaFold’s newest iteration, by using a machine learning technique known as “free modeling,” the system can now predict protein structures (based on their amino acid sequence) even when no similar structures of protein are available.

Why it’s important: While AlphaFold’s structure predictions have not yet been experimentally verified, DeepMind hopes its system will serve as a hypothesis generation platform for developing therapeutics and understanding how the virus functions. And particularly in time-sensitive crises, DeepMind aims to trim months off the process of determining a virus’s protein structure. Look for AI-generated hypotheses to become increasingly useful in pandemics like that of COVID-19, where peer review timelines often become an obstacle to rapid innovation. 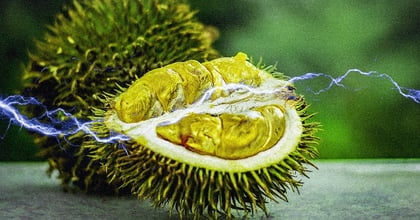 What it is: A team of researchers from Australia is experimenting with a novel method of energy storage: discarded fruit. By first heat-treating and freeze-drying the inedible, spongy cores of jackfruit and durian, the engineers then cast metal oxides onto them. In success, this process results in the conversion of uneaten fruit to a carbon-rich aerogel (an ultralight, porous material). Fulfilling its objective, the fruit-turned-aerogel succeeded in becoming what’s known as an ultracapacitor — an extremely energy-dense storage device, capable of repeatedly (and reliably) charging and discharging electricity.

Why it’s important: As governments and industry alike attempt the transition to a more sustainable energy infrastructure, storage has emerged as a key technical challenge. An increasingly hot contender, biowaste has become a targeted avenue of research. While it is unclear how biology-based storage can scale to the needs of today’s modern power grid (particularly given the finite constraints of fruit size), building ultracapacitors from uneaten fruit could leverage today’s overwhelming excess of discarded produce while powering the communities that generate such waste — a closed-loop process with the potential to tackle two environmental ills at once. 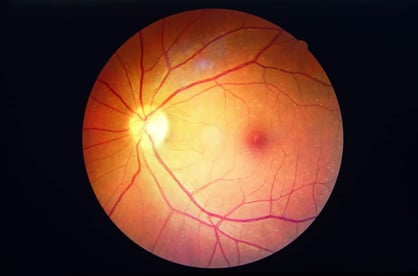 What it is: In a massive feat for regenerative medicine, scientists at Johns Hopkins Medicine have now coaxed adult human cells to revert to a primitive state resembling that of embryonic cells only 6 days after fertilization. By first bathing fibroblast cells in a cocktail of two drugs, the team successfully derived naive stem cells (most capable of specializing into any cell type). The team then used these naive stem cells to derive vascular progenitors — a critical source of vascular cells, and by extension, new blood vessels. These were then injected into the eyes of mice with diabetic retinopathy (a condition causing damage to blood vessels in the retina). Remarkably, the naive vascular progenitors successfully migrated into the retina’s innermost tissue layer encircling the eye, took root, and survived for the duration of the four-week study. As explained by one of the study’s authors, Dr. Elias T. Zambidis, “Interestingly, the 3i ‘naive reprogramming’ cocktail appeared to erase disease-associated epigenetics in the donor cells, and brought them back to a healthy, pristine non-diabetic stem cell state.”

Why it’s important: While stem cell therapies have shown significant promise, getting conventional human induced pluripotent stem cells to differentiate without becoming cancerous has been a major challenge. Yet through the use of fibroblasts (connective tissue cells) and a novel cocktail mixture, this study’s results could prove consequential in reversing both diabetic retinopathy and a slew of other blinding eye diseases. Now the leading cause of vision impairment and blindness among American working-age adults, diabetic retinopathy is predicted to double its impact in the U.S. between 2010 and 2050. By repopulating the retina with healthy, non-diabetic stem cells, this team’s new regenerative medicine techniques could help restore vision and guide future research.

Injecting this sensor under your skin could prevent future pandemics 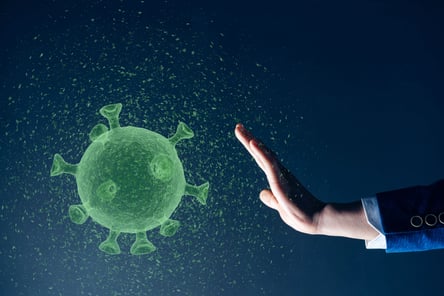 What it is: Biotech company Profusa will begin a DARPA-funded study to test its implantable biosensor, capable of detecting the flu virus up to three weeks before symptoms arise. One of the greatest concerns with pandemic outbreaks is the incubation period, during which the disease can spread before a patient shows any signs of infection. Profusa’s sensor monitors oxygen levels and potentially additional biomarkers in a user’s tissue, which can indicate oncoming illness. Yet data is only collected when a probe is adhered to the skin above the sensor, sending output to a smartphone for analysis. This study will allow the team to refine its analytics algorithm, which links biological changes to valid preventative warnings.

Why it’s important: In the midst of the coronavirus epidemic, this sort of preventative technology could considerably reduce disease transmission by alerting patients of infection before they recognize their symptoms. Diagnostics lag time could also be lessened with implanted biosensors like Profusa’s. Moreover, patients could remain in the comfort of their homes to confirm medical cases rather than traveling and further spreading the disease. In the future, adding more complex detection mechanisms to the sensor could allow for widespread disease analytics, such as identifying how strains are evolving in real-time, to promote rapid treatment iterations. 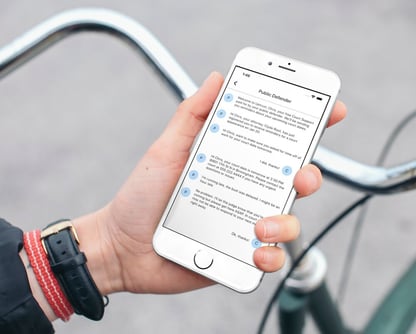 What it is: Uptrust has just raised $1.3 million to expand its business, involving a messaging platform that connects public defenders with their clients. Paid for by local governments, the service allows defenders to directly assist clients, reminding them to show up for court dates and avoid being jailed for missing appointments or being unable to post bail. In effect, Uptrust provides a customer relationship management (CRM) software for people interacting with America’s criminal justice system, many of whom lack institutional assistance. This new influx of capital will help Uptrust expand to 100 more jurisdictions and serve nearly 100 million defendants by the end of the year. Furthermore, the company plans to develop a new app, one which will connect users with multiple public agencies and services to learn about local opportunities, such as free or reduced transportation to court and expungement clinics.

Why it’s important: Countless Americans go to jail for missing their court dates and being unable to post bail. As stated by CEO Jacob Stills, “We look at how much money is spent on putting people in jail, pre-trial [and] we think there’s $9 billion wasted. From the county’s perspective, we’re helping people comply with their mandatory appointment, which over time saves them money. We think this business can generate several hundreds of millions of dollars in revenue by eliminating waste in the overall system. It’s really bad to continually dehumanize folks and surveil them. And here’s an opportunity for a business to be listening to the millions and millions of Americans that have been justice system-involved [...] and serving their needs.” The company has so far reduced penalties for failure to appear by 50% across the 50 jurisdictions in which it currently operates, saving about $5 billion in the process. Eventually, Uptrust plans to expand its platform to provide services for the 60 million Americans with a criminal record.