This robot taught itself to walk entirely on its own

What it is: Researchers at Google have devised a novel way of training walking robots to learn how to navigate the world on their own. To accomplish this, the research team implemented an algorithm that learned more efficiently (requiring less trial-and-error) and chained together different moves into the same learning sequence. For example, if the four-legged robot reached the end of its bounded box while learning how to walk forward, it would immediately apply the same logic in reverse to learn walking backward. While the robot was environmentally constrained to minimize damage from repeated falling, a hard-coded algorithm was employed to help it stand back up when it inevitably lost balance. Although Google’s previous research involved reinforcement learning in simulation (think: a virtual robot in a virtual environment), their new strategy has allowed the bot to learn in physical reality from the get-go, navigating a variety of surfaces—flat ground, memory foam, and a doormat with crevices—in a matter of hours.

Why it’s important: As stated by Google-affiliated Stanford assistant professor Chelsea Finn, “Removing the person from the process is really hard. By allowing robots to learn more autonomously, robots are closer to being able to learn in the real world that we live in, rather than in a lab.” Coauthor Jie Tan (head of Google Brain’s robotics locomotion team) still notes the bot’s reliance on manual interference and a motion capture system for determining the robot’s location. Yet Google’s success marks major progress towards autonomous robot interaction with unstructured human environments. 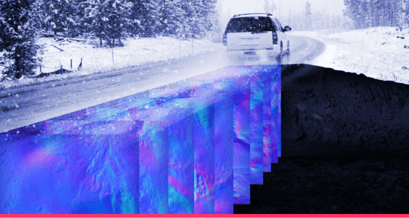 What it is: A team from MIT’s Computer Science and Artificial Intelligence Lab (CSAIL) has just developed a new type of sensing system for autonomous vehicles. Dubbed LGPR—Localizing Ground Penetrating Radar—the system can create a real-time map of the ground beneath the road’s surface. Currently, self-driving cars rely primarily on LIDAR to position themselves on the road, but have a difficult time when facing inclement weather (fog, snow, etc.), during which lane and other road markers often become obscured. By comparing quantified physical elements to the map it’s already created, LGPR’s system can determine where the vehicle is without need for cameras or lasers. So far, CSAIL’s team has successfully demonstrated its success on a private snow-covered road.

Why it’s important: While the researchers are now working to miniaturize their six-foot-wide prototype, CSAIL’s milestone perfectly illustrates how sensor technology’s convergence with machine learning is driving the commercial success and accelerated adoption of autonomous vehicles. As we continue to tackle edge cases in driverless navigation, engineers are now applying multiple new sensing and Artificial Intelligence techniques in tandem to relentlessly usher in an era of fully autonomous transit. 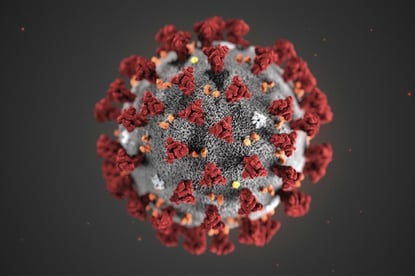 What it is: University of Bern researchers have perfected a cloning technique to reproduce synthetic coronavirus strains more quickly. These clones allow scientists to experiment with knocking out certain genes of the COVID-19 virus and observe the effects. Once the genes associated with replication are identified, researchers can design drugs to specifically target these regions—halting further replication. The team is also working with human samples of the virus from a German patient, who contracted the newest form of the virus in early February. Meanwhile, a team at the University of Texas at Austin has now generated the first 3D atomic-scale map of the region of the COVID-19 virus that attaches to and infects human cells. Made using cryo-electron microscopy, developed by Nobel Prize-winning researcher Jacques Dubochet, this map could unlock important next steps for vaccine development.

Why it’s important: Coronavirus has killed 3,465 people since its initial outbreak, mostly in mainland China. COVID-19’s scope now surpasses 92,000 cases globally, and infection has spread to more than 70 countries and territories. The World Health Organization (WHO) reported Tuesday that the global mortality rate of the virus stands at around 3.4%. As health implications abound, Coronavirus’s economic impacts are already reverberating rapidly. Stock market volatility—in part due to uncertainty surrounding supply chain disruptions caused by sickness, travel restrictions, and quarantines—is but one reflection of the virus’s second-degree consequences. Researchers are working with urgency to delay the spread of disease, and the above COVID-19 clones could quickly supply labs internationally with essential materials to test their solutions.

How caloric restriction prevents negative effects of aging in cells 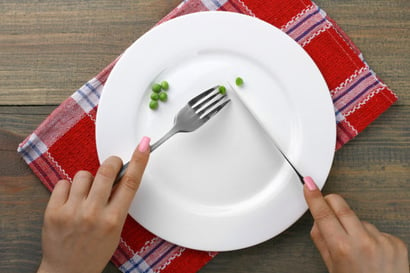 What it is: Caloric restriction has proven to increase the human lifespan, but the cellular mechanics behind this phenomenon were not well understood— until recently. A group of U.S. and Chinese scientists have now published a study that analyzed the effects of caloric restriction on 40 cell types, ranging from fat tissue, to bone marrow, to brain tissue. The researchers tested both a control group of rats and an experimental group, the subjects of which consumed 30% fewer calories than the control rats. Remarkably, the researchers found that 57% of age-related changes in the control rats’ cells were not evident in those of the dieting rats. The cells and genes most affected by caloric restriction related to immunity, inflammation, and lipid metabolism. While immune cells in nearly every tissue dramatically increased in the control rats over time, no increase with age was observed in the dieting rats. Particularly in fat adipose tissue, calorie-restricted animals expressed many anti-inflammatory genes at the same level as young rats do. More specifically, 23 of the calorie-restricted cell types experienced a change in levels of transcription factor Ybx1, which functions as a master switch for a group of genes, giving scientists a further clue as to which genes directly control aging.

Why it’s important: Aging is the leading risk factor for multiple diseases, such as cancer, diabetes, dementia, and metabolic syndrome. Caloric restriction has proved successful in increasing the healthy lifespan across various species, ranging from rats to primates. Yet for many, a life lived in hunger does not seem worthwhile. Instead of promoting caloric restriction as a lifestyle, research in this field can identify exactly which genes and transcription factors are associated with aging in order to eventually control them synthetically without the need for dietary regulation. This team of scientists is currently working to identify aging drug targets and thereby add healthy years to our growing lifespans. 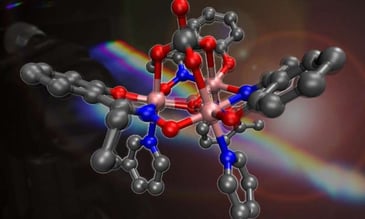 What it is: Scientists at the University of Edinburgh have created a new magnetic material that could significantly boost the storage capacity, processing speed, and energy efficiency of hard drives typically found in cloud servers. Specifically, their research resulted in what is known as a single-molecule magnet, a compound whose chemical bond can be controlled by subjecting it to rapid pulses from a laser. Estimates suggest that data could be stored and accessed using pulses that last one millionth of a billionth of a second, facilitating data processing times up to 100X faster than current technologies allow. The compound could also make new hard drives much more energy-efficient by eliminating the need to run a current through a wire, which creates excess heat and thereby requires external cooling.