What it is: Modulate, a startup from Cambridge, Massachusetts, is bringing the human voice into the digital age. Using a generative adversarial network, Modulate allows you to add a voice “skin” to your digital avatar. Beyond the cool factor, the team’s goal is to allow you to speak up in games, social networks, or streaming chats with a level of anonymity that removes any fear of discrimination or harassment. All processing runs on your device to eliminate latency concerns, meaning you might be able to hear your digital voice in real time. Importantly, the technology also incorporates a digital audio watermark, acknowledging the potential for misuse.

Why it's important: While Modulate’s immediate focus markets right now lie in gaming — think World of Warcraft and social chat apps — additional near-term use cases include giving brands a unique voice, providing multiple speakers a consistent voice, or customizing voice in apps like Waze or Alexa. Zooming out, this illustrates how Artificial Intelligence and GANs “as a Service” are becoming easier to create, use, and share with the world. | Share on Facebook

What it is: To bring its Model 3 to market at a $35,000 price point, Tesla recently announced that it would be closing all retail sales and moving to an online-only sales model. The company is estimating an approximate cost reduction of 6 percent from the move, which will be passed to customers on the Model 3, Model S and Model X. Tesla also reduced its upfront deposit to $1,000, and is now allowing customers to return their vehicles for any reason up to 1,000 miles. In related news, Volvo unveiled the Polestar 2 all-electric sedan at the Geneva Motor Show. With a base model starting at $63,000 before $7,500 in federal incentives, the Polestar 2 will also be sold exclusively online, but goes a step further by offering an all-inclusive monthly price tag that includes insurance and maintenance.

Why it's important: These data points — combined with GM’s Cadillac subscription model, which we’ve previously featured in Abundance Insider — signal a dematerialization of auto sales and demonetization of adjacent products and services that were once an annoying hassle (e.g. maintenance at the dealer/body shop, insurance through your bank/broker). As this trend continues and converges with autonomy, look for business model experimentation to accelerate. If your business is related to auto sales, how will you adapt to take advantage of this opportunity? | Share on Facebook

HIV Is Reported Cured In A Second Patient, A Milestone In The Global AIDS Epidemic 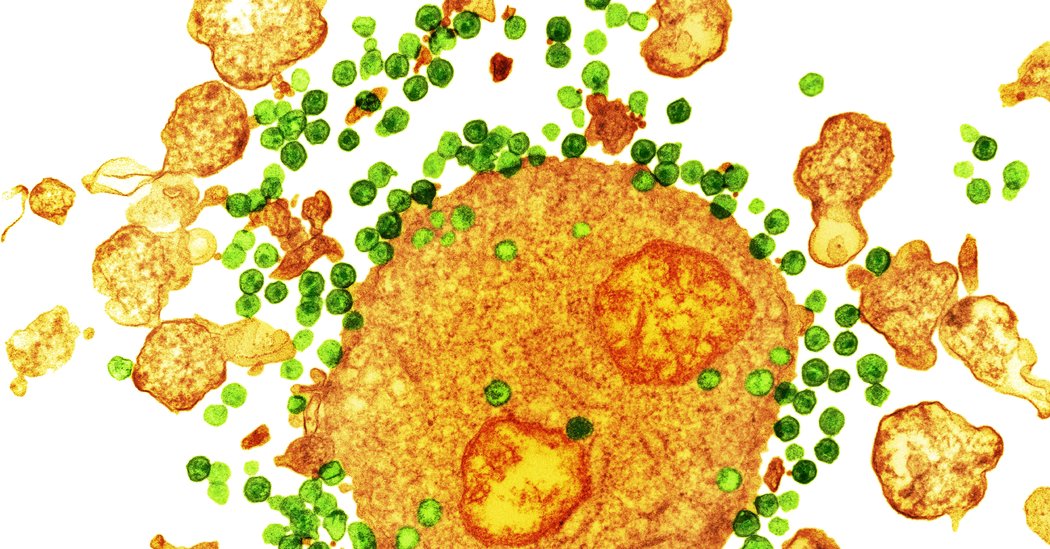 What it is: For the second time after 12 years, an HIV-positive patient has entered long-term remission. The reported cure, however, was not purposefully engineered but rather discovered by chance: a true eureka moment for modern medicine. Intending to treat cancer in both HIV+ patients, doctors administered bone marrow transplants from donors with mutations in cell surface protein CCR5, and — astonishingly — cured both. While HIV uses CCR5 to enter immune cells, the virus cannot latch onto a mutated version of the protein, halting its spread. After introducing this genetic variation to his immune system, the “London patient” has now become the first since Timothy Ray Brown (cured in the late 2000s) to remain virus-free for over a year after antiretroviral therapy.

Why it's important: While scientists are debating whether bone-marrow transplants are a realistic option for general HIV treatment in the future, the implications are staggering. Many have already proposed much less invasive uses of the genetic mutation in CCR5, such as gene-therapy approaches that knock out the protein on immune cells or even predecessor stem cells. Yet others are investigating viral delivery systems that could hunt and delete CCR5 receptors. And new stem cell research might even allow HIV-resistant donors to offer resistant stem cells to any patient. We are truly living in an era that defies the impossible. | Share on Facebook 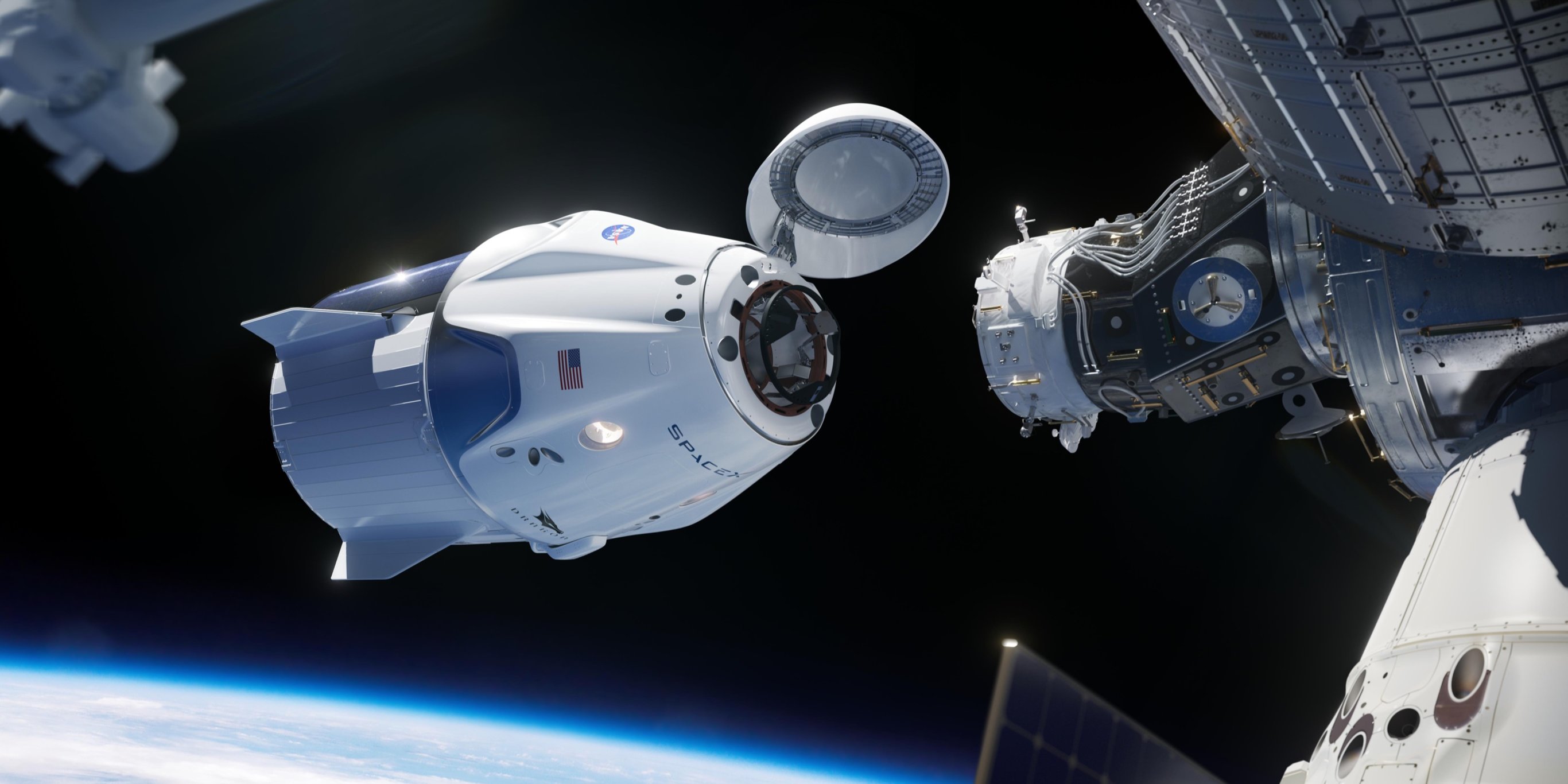 What it is: In the early hours of Saturday morning on March 2, SpaceX launched the historic Crew Demo-1 mission. With Crew Dragon, SpaceX became the first company to design, build, test, launch, and dock a spacecraft made to fly people to the International Space Station -- or anywhere in Earth’s orbit. Next, SpaceX is scheduled to launch Crew Demo-2, which will be the first manned orbital spaceflight to launch from American soil since the space shuttle last launched in 2011. It’s official: we’ve entered the next era of manned spaceflight.

Why it's important: Compounding on this historic achievement, Crew Demo-1 exemplifies the extraordinary progress and impact of the private space industry over the past two decades. And private companies like SpaceX are just getting started. It’s poignant that this extraordinary year for spaceflight falls on the 50th anniversary of humankind first landing on the Moon. What new discoveries and breakthroughs will we make in this next era of space travel? | Share on Facebook 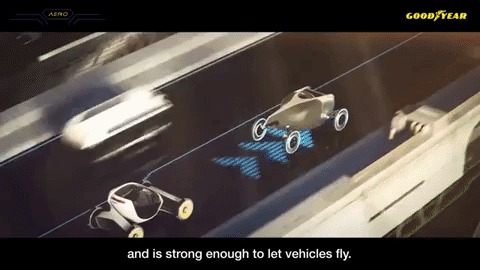 What it is: At this week’s Geneva International Motor Show, Goodyear unveiled its new concept Aero tire, designed to run on roads and double as a propulsion system for flying vehicles. With a non-pneumatic structure (not supported by air pressure), the tire would incorporate flexible new materials capable of both absorbing road shock and weathering stress during the car’s transition from horizontal to airborne. Another 2-in-1 would involve Aero’s propellor blades, built for the dual purpose of providing lift for an ascending car and supporting the weight of a moving, manned vehicle.

Why it's important: With an eye to the future of transportation, Goodyear’s Aero concept reflects a major paradigm shift towards multimodal tools and versatile structures that seamlessly transition between tasks, intelligently self-correct and meet any number of different demands. Beyond new tire technology, Goodyear has already begun to envision an Urban Aerial Mobility Ecosystem of 5G-enabled vehicle-to-vehicle communication, sensor-geared tire materials and condition-monitoring AIs. Combine these visions with the future of infrastructure, roadways and smart traffic flow, and Goodyear will need good company. | Share on Facebook

What it is: MIT’s latest Cheetah robot weighs only 20 pounds, but it can thrust itself into a 360-degree backflip, run at 5 miles per hour, and perform agile footwork. This lightweight, high-powered design marks the first time that a four-legged robot has performed a backflip. Further, the MIT engineers behind the robot built it to be incredibly robust and rugged. In the rare case that a part of the robot does break during its impressive acrobatics, it’s easy and inexpensive to fix. MIT’s goal with this robust robotics platform is “to form a mini cheetah research consortium of engineers who can invent, swap, and even compete with new ideas.”

Why it's important: Robots are becoming less expensive and more capable everyday. Beyond Cheetah’s applications in disaster relief, this robust robotics platform enables researchers to innovate in ways that will transform how we interact with technology in the future. How might you use anthropomorphic and zoomorphic robots in your everyday life? | Share on Facebook

Join Peter Diamandis in Dubai, the City of the Future, for the inaugural Abundance 360 Dubai Summit on March 26 - 27, 2019. Hosted by the Dubai Future Foundation and the Crown Prince of Dubai, this two-day experience offers exponential leaders an immersive look into how technology will transform every industry.

Future of Cities Part 2: Visions of the Future