In this week's Abundance Insider: A new “body on a chip,” real-life avatars, and a detailed analysis of Amazon’s business strategy.

What it is: At SXSW this week, Peter Diamandis and XPRIZE launched the ANA Avatar XPRIZE, a $10 million, four-year global competition to develop a multi-purpose avatar system. The winning technology must enable an untrained operator to perform a variety of real-world tasks using the robotic avatar.

Why it's important: As Peter explained at the prize launch: "Our ability to physically experience another geographic location, or to provide on-the-ground assistance where needed, is limited by cost and the simple availability of time. The ANA Avatar XPRIZE can enable creation of an audacious alternative that could bypass these limitations, allowing us to more rapidly and efficiently distribute skill and hands-on expertise to distant geographic locations where they are needed, bridging the gap between distance, time and cultures." | Share on Facebook

'Body on a Chip' Could Improve Drug Evaluation 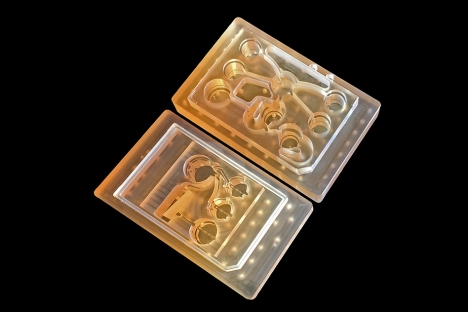 What it is: Researchers at MIT have created “body-on-a-chip” technology to facilitate the testing of new drugs and identifying side effects before initiating human testing. Side effects are currently very hard to predict, as animals do not represent people in all facets, and even then is it difficult to detect effects across a system of organs. Using a microfluidic platform to connect tissues of up to 10 organs, researchers are now able to explore in real human tissues how a drug is absorbed, distributed, metabolized, and ultimately excreted through the entire system.

Why it's important: Look for immediate application in modeling systems of 2-4 organs that replicate disease states such as Parkinson’s. More broadly, look for this type of “body-on-a-chip” to accelerate experimentation and drive new insight into complex systems and change the face of healthcare. | Share on Facebook

What it is: SpaceX is planning to launch five Falcon 9 missions in a one-month period, according to dates submitted to the Cape Canaveral Air Force Station and Vandenberg Air Force Base. It's part of SpaceX's goal to launch 30 Falcon family launches in 2018. The first of five missions launches on March 29 with Iridium NEXT-5, carrying 10 Iridium NEXT satellites.

Why it's important: In 2017, SpaceX had 17 launches. This year, they're hoping to double that. This week, SpaceX also revealed new contracts with the U.S. Air Force and the United Launch Alliance to launch satellites and other cargo. All this from a company that was founded in 2002 and had to sue the government in 2015 to gain the right to compete for military launch contracts. | Share on Facebook

What it is: Amazon Go, the cashier-free grocery store, has officially opened its doors to the public at its Seattle location. Shoppers check in using a QR code on the Amazon Go app, and are then free to pick items off the shelves and walk out. When MIT Technology Review visited the store, the single human worker was checking IDs near the beer and liquor section.

Why it's important: Writer Rachel Metz's experience of visiting the Amazon store is well worth the read, as it indicates the psychological adjustments shoppers might have as retail transforms. How many visits will it take for consumers to adjust their behaviors and universally expect a friction-free shopping experience? | Share on Facebook

What it is: Unless you’ve been living under a rock, Amazon seems to be taking over the world, going after healthcare, grocery and physical retail stores to add on to their enormous digital footprint. Just as or more importantly, Amazon is capitalizing on its success with AWS and Alexa businesses, turning itself into a platform that offers up things like AI-as-a-Service, gesture-based computing, and acquiring startups like genomics startup Grail, which marries its expertise in machine learning with its healthcare ambitions.

Why it's important: Amazon has a voracious appetite for experimentation, and for tackling massive problems that many would consider impossible. While you may not have the funding of Amazon, how you can take these two principles into your daily interactions? | Share on Facebook