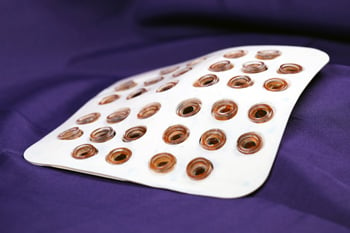 What it is: A Northwestern University team has created a lightweight wearable patch that vibrates when activated by another user’s touch— from miles away. Using this technology, a mother was able to remotely “pat” her son on the back while video chatting him. As she touched a screen interface, this data was communicated through a haptic device on her son’s back, stimulating identical touch patterns. Most of today’s haptic feedback devices rely on batteries, requiring bulky containers that cannot fit snugly against the skin. By contrast, this new patch consists of a vibrating disk—only a few millimeters thick—that is powered by near-field communication, a wireless power transfer typically used in ID card locks. External silicone sheets protect the two inner layers of the device: one containing the near-field communication technology to power the device, and another holding miniature actuators that simulate various degrees of touch pressure. Led by physical chemist and materials scientist John A. Rogers, the team now aims to make the patch more flexible and lightweight before commercializing the device through their newly established startup.

Why it’s important: While today’s audiovisual interfaces have long captured our eyes and ears, incorporating the dimension of touch into our devices will add another layer of immersion in tomorrow’s digitally augmented world. For VR and AR devices, this haptic technology could transform virtual simulations into tactile physical environments—without any real materials. The Northwestern team’s device currently conveys only perpendicular pressure against the skin, but eventually the patch may be able to simulate even twisting motions or temperature changes. The technology will also likely expand beyond simple patches into full body suits, capable of translating touch interactions between individuals, or between game worlds and reality. The ability to see, hear, and feel in a digital simulation will drastically disrupt travel, entertainment, and human interaction. 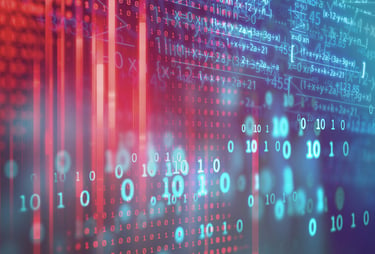 What it is: Amazon has just announced a new approach that will make machine learning models more accessible to both developers and business users. By taking advantage of tools like Amazon QuickSight, Aurora and Athena, anyone who can write in basic SQL can now make and use predictions in one’s applications without having to generate custom code. To make the process even easier, these machine learning models themselves can come pre-built from Amazon Web Services (AWS), be developed by an in-house data science team, or purchased in AWS’s ML marketplace.

Why it’s important: As explained by AWS cloud and open source executive Matt Asay, “there is often a large amount of fiddly, manual work required to take these predictions and make them part of a broader application, process or analytics dashboard.” Amazon’s initiative marks a significant step towards machine learning’s User Interface moment, removing friction and making AI’s predictive power more accessible to a large set of users. Keep on the lookout for a surge in easy-to-build applications and experiments as sophisticated Software as a Service (SaaS) products hit the marketplace. 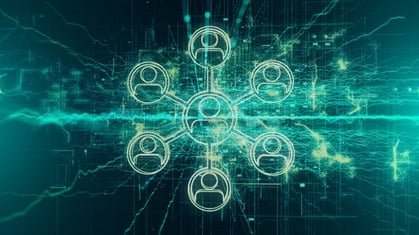 What it is: In light of growing concern about AI’s obscure inner workings, software engineers and data scientists responsible for many of the algorithms involved in our everyday online activity have increasingly used more socially aware algorithmic structures. For instance, data scientists now use a technique known as “differential privacy” to add random “noise” to data sets, preserving the overall structure whilst obscuring individual data. This, in turn, helps to anonymize our data and thereby protect user privacy. Other techniques include the addition of fairness criteria, such that predictive models’ output—from creditworthiness to insurance-related decisions—minimize bias where possible.

Why it’s important: As machine learning algorithms are granted greater responsibility over socially consequential decisions (think: our ability to take out loans or a legal decision to grant bail), problems of privacy, bias, disinformation, filter bubbles, and transparency abound. As a result, AI engineers have begun working on algorithms’ ability to explain their decisions, overcoming their status as mysterious “black boxes.” Meanwhile, the above fairness conditions are a promising start in our pursuit to build equitable, unbiased, and evidence-based algorithms: predictive models that prove accurate without perpetuating “fake news,” racial inequalities, and a slew of other social challenges. Differential privacy, fairness conditions, and similar tweaks do result in some costs to algorithmic “utility” and error rate in the short-term. However, such initiatives will be essential for a future wherein machine learning helps safeguard equitable, systemic decision-making and privacy, while protecting against some of today’s worst institutional tendencies. 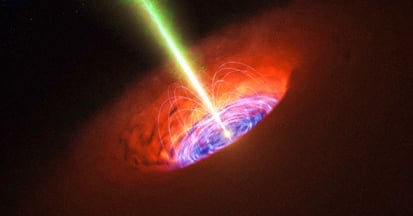 What it is: Scientists have now discovered a supermassive blackhole at the center of a distant galaxy cluster “furiously” birthing stars at a rate about 500 times that of the Milky Way Galaxy. Using data from the Hubble Space Telescope and NASA’s Chandra X-Ray Observatory, the team of astronomers was able to observe the equivalent of trillions of Suns’ worth of hot gas cooling around the black hole within the Phoenix Cluster, some 5.8 billion light years away.

Why it’s important: Typically, the supermassive blackholes at the center of galaxy clusters are too active for star formation. They usually blow powerful streams of gas around the region, heating up interstellar hydrogen and preventing the gas from cooling down enough to trigger the creation of new stars. However, as this blackhole in the Phoenix Cluster is smaller than others, its jets are not as powerful, allowing for prolific star formation. From a scientific perspective, observations like this enable us to better understand and characterize the lifecycle of galaxy clusters and the role that blackholes play in both preclusion and creation of new stars.

The Future is Faster Than You Think: Want a chance to read my new book before anyone else? Join the Future is Faster Than You Think launch team (applications close on December 6th)! Get an advanced digital copy, access to our private Facebook group, behind the scenes specials, a live Q&A with Steven and me, and hundreds of dollars in exclusive bonuses. Click here for details.