In this week's Abundance Insider: InSight touches down, Rocket Labs lifts off, and storybooks come to life.

P.P.P.S. This week we feature the work of three of Peter's Strike Force Fellows. The Strike Force Fellowship Program aims to connect & empower young entrepreneurs to find their MTP, take moonshots and leverage exponential technologies as they start their careers.

What it is: Merging art with bold new engineering features, Bell Helicopter has used VR for the first time to expedite its latest project, FCX-001. Up until now, helicopter design has been an extraordinarily capital-intensive process, taking between 5 and 7 years. Partnering with Sector 5 Digital and HTC Vive, Bell has slashed this process into a 6-month creative enterprise, turning physical mock-ups into CAD-designed virtual ones and pilot tests into VR simulations. With a virtual cockpit, pilots were able to test countless iterations of the FCX-001 in virtual flight, drawing directly onto the 3D model and enacting aircraft modifications in real-time.

Why it's important: The virtual reality applications to test, modify and instantaneously iterate on products holds tremendous potential, far beyond aircraft design. In the past, rapid iteration required countless designs, physical mock-ups, user testing, focus groups and tedious repetition. In the case of aircrafts, this often translates to millions in cost and significant delays after each design modification. However, by merging a virtual world design process with real-world implementation, VR technology not only offers demonetized mock-ups and dematerialized product iteration but unlocks a host of creative opportunities. Eliminating the hefty price tag that comes with each modification, VR allows engineers and designers to play with bold new features, tinkering with experimental designs and testing them near-instantaneously — the perfect (free) playground for costly real-world ventures. | Share on Facebook

Plastics Recycled For Use On Roads 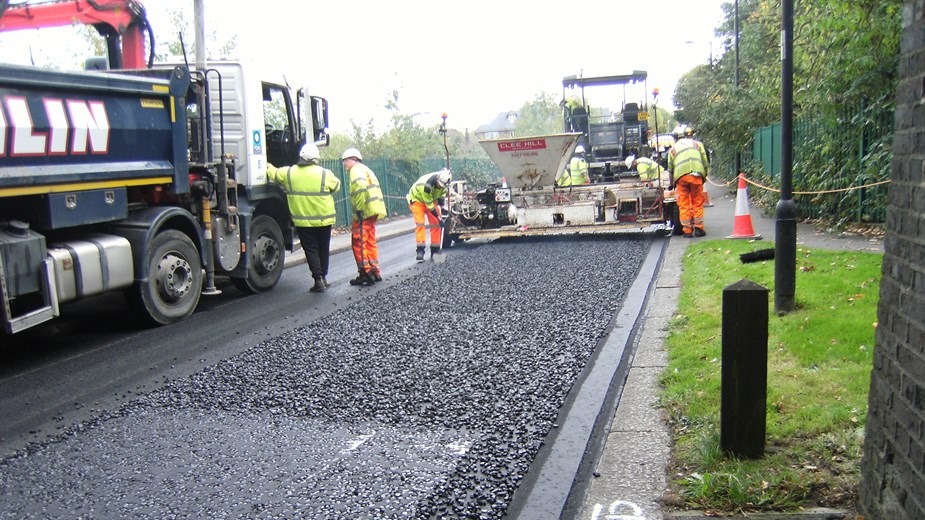 What it is: Plastic waste is a huge problem for our oceans, landfills and bodies. Considering China’s recent decision to severely limit the amount of plastic waste it accepts for recycling from the rest of the world, people and companies are looking a bit more aggressively to put that plastic to better use. Enter road construction. One of the key reasons that plastic is such a problem in landfills — it takes 500 to 1,000 years to biodegrade — makes it well-suited for mixing into asphalt or to create entire sections of modular road from plastic. Companies like India, the U.S. and Amsterdam are now more aggressively targeting sources of recycled plastics to embed into their projects.

Why it's important: The world’s biggest problems are massive business opportunities. Find the right incentive structure (which may come on its own as renewables begin to decimate the price of petroleum) and we’ll have the market and technology for reusing much of what we create. | Share on Facebook

Touchdown On Mars! NASA's InSight Lands To Peer Inside The Red Planet

What it is: At 2:53 PM EST on Monday, November 26, after a 6.5-month journey, NASA received confirmation that the InSight Mars lander safely touched down on Mars. InSight, short for ‘Interior Exploration using Seismic Investigations, Geodesy and Heat Transport,’ aims to understand the so-called heart of Mars, giving us _insight_ into how rocky planets (like our own Earth) form. InSight is equipped with a unique probe, nicknamed The Mole, which will burrow to 16 feet beneath the Martian surface -- deeper than we have ever explored on a extraterrestrial body. Researchers will investigate marsquakes, measure heat flowing from Mars’ core, estimate the size of Mars’ core, and determine whether the core is solid or liquid.

Why it's important: Landers and rovers like InSight and its older cousin Curiosity are gathering critical data to inform plans for a potential future Martian colony. Missions like InSight are further evidence that we are living in an age of unprecedented knowledge about the greater universe. We’re one step closer to understanding the age-old -- even biblical -- question of how our world was created. | Share on Facebook

What it is: Energy Vault is creating a new form of energy storage operating on a similar principle to hydroelectric pumped storage, but using bricks instead of water. When energy is abundant and cheap, six cranes stack large, heavy bricks to form a tall tower. When energy is scarce and in high demand, the cranes lower the bricks back to the ground, converting the stored potential energy into mechanical and then electrical energy. Energy Vault is building their first tower in India next year.

Why it's important: Historically, grid-scale energy storage has been prohibitively expensive, but this technology will cut costs drastically. Hydroelectric pumped storage requires very specific topography and has large ecological impact. With this new invention, energy can be stored practically anywhere (especially in cities) in a low-cost, efficient manner. The greatest impact of this technology will be when it is coupled with renewables, like solar and wind, storing energy generated in the day when supply is high and demand is low, and providing energy to the grid at night when supply is low and demand is high. This technology, and others inspired by it, will be critical as we transition to a 100 percent renewable energy-powered future. | Share on Facebook

What it is: Unicorn rocket company Rocket Lab recently completed its first commercial launch in New Zealand. Its unique electron rocket saves cost with ultralight composite materials and a battery-powered turbo pump. At less than one-fourth the size of competitors like SpaceX’s 230-foot Falcon 9, the electron rocket is designed to service the small satellite market. While the rocket can carry less cargo than the Falcon 9, it is significantly cheaper at $5.7 million USD per flight, compared to the Falcon 9’s $60 million USD. Rocket Lab is also claiming that they can reduce the lead time to launch a satellite from years to days.

Why it's important: SpaceX commercialized the space industry when it launched a large rocket for $60 million USD rather than the $150 million to $300 million USD that government-backed organizations would charge. Now, Rocket Lab has democratized the space industry by creating smaller cheaper rockets that fly almost weekly. This democratization enables the exponential growth of satellite startups, leading to future innovations. The decrease in cost and increase in frequency of launches will also catalyze Internet accessibility for the 4 billion people without access, as the vision of a satellite network providing ubiquitous Internet materializes. | Share on Facebook

Google And Disney Partner To Bring Storybooks To Life

What it is: A new Google and Disney partnership brings Disney Storybooks to life. When reading aloud select Disney Little Golden Books, Google Home will add sound effects and soundtracks to accompany the story in real time. The new feature uses voice recognition to determine when a reader has skipped ahead or gone back, and adjusts the sound effects accordingly. Unlike with other commands, the smart speaker’s microphone remains on during storytelling so the device can follow along and add sound effects. It currently works on a select number of stories like Moana, Alice in Wonderland and Cinderella.

Why it's important: Google Assistant and Alexa have been capitalizing on the rising popularity and user base of voice assistants to drive more household interaction. This, in turn, might drive new consumer loyalty as children move into adulthood, making voice interaction a larger part of everyday family life. Tailoring content for children is a smart move considering the market data. Google’s own research has shown that parents use smart speakers more frequently than non-parents: 72 percent of parents said they were likely to use the devices to make a purchase in the next month, compared to only 51 percent of non-parents. | Share on Facebook