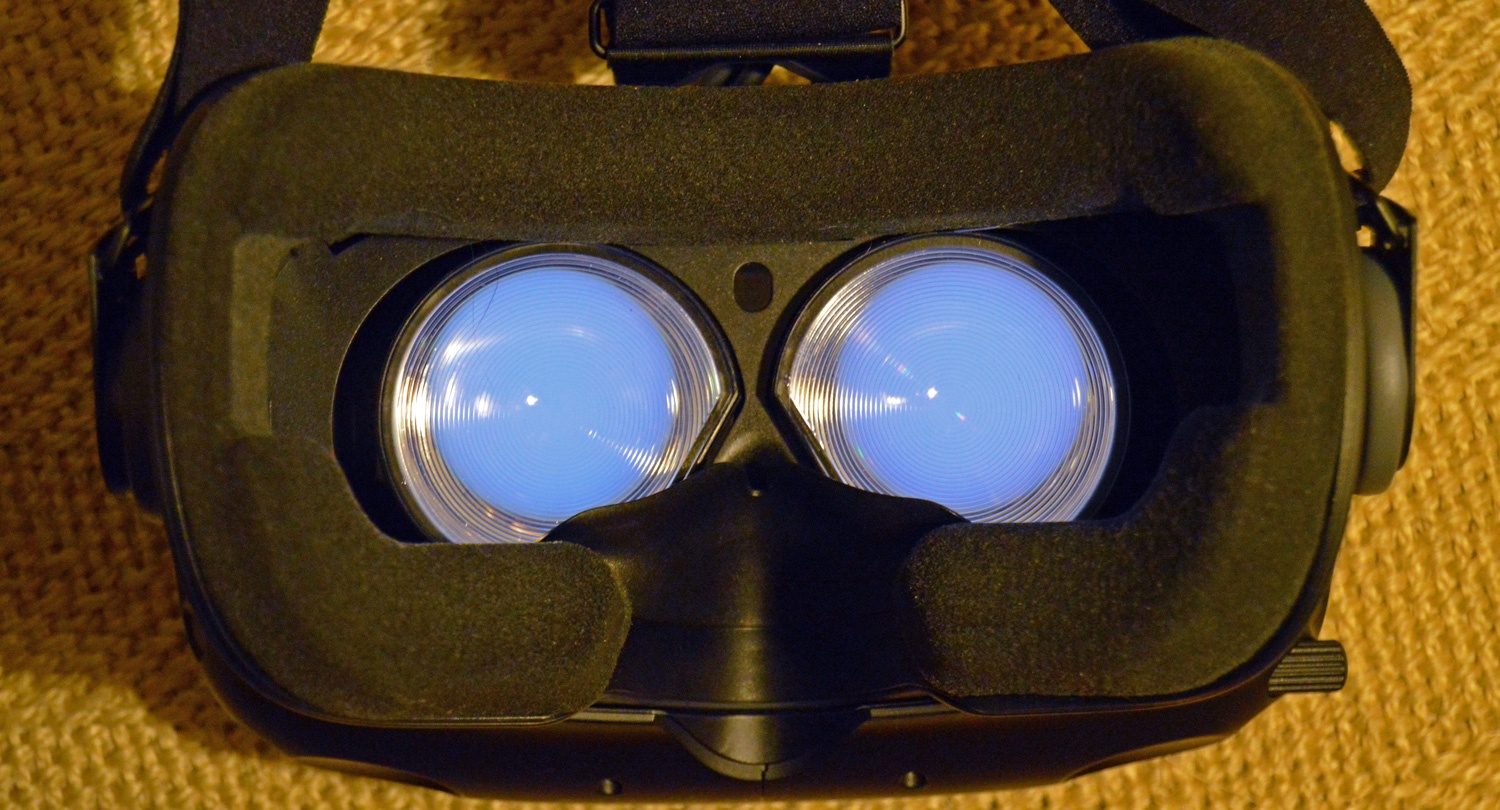 In this week's Abundance Insider: Supercapacitor trams, bypassing blindness with Virtual Reality, and a CRISPR-Cas9 breakthrough in sickle cell disease.

Legally Blind Man Sees Clearly for the First Time Ever, Thanks to Virtual Reality

What it is: Using an HTC Vive headset, Jamie Soar was recently able to see clearly for the first time in his life. Soar has retinitis pigmentosa, a condition that has rendered him legally blind, but because of VR's sense of depth and dual-screen projection method, Soar was able to see past his visual impairment -- literally. In a follow-up interview with UploadVR, Soar said that he now tries Virtual Reality as often as possible, and hopes to soon do all of his computer-based work in virtual reality, rather than with a traditional screen.

Why it's important: Jamie Soar's virtual reality application to bypass his blindness is a great example of how the technology is useful for far more than just gaming and entertainment. As Peter has mentioned, VR's potential in the health industry alone is limitless -- with Soar's story as a promising early example. | Join the Discussion 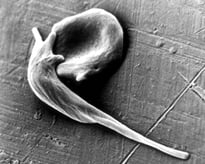 What it is: A team of physicians from UC Berkeley, UCSF Benioff Children's Hospital, the Oakland Research Institute (CHORI) and the University of Utah School of Medicine have taken a key step toward a cure for sickle cell disease. The team used CRISPR-Cas9 to correct the disease-causing mutation in hematopoietic stem cells, producing healthy hemoglobin, which mutated cells do not make at all. Beyond validating the potential of CRISPR-Cas9 gene editing, the team corrected a high enough proportion of stem cells to remain en vivo for at least four months, a key benchmark for ensuring lasting therapeutic benefit, and anticipate early-phase human treatments within five years.

Why it's important: This development is exciting not only for its potential to cure sickle cell disease, but because the approach might also be applied to other blood diseases such as β-thalassemia, severe combined immunodeficiency (SCID), chronic granulomatous disease, rare disorders like Wiskott-Aldrich syndrome and Fanconi anemia, and even HIV infection. | Join the Discussion

What it is: President Obama sat down with MIT Media Director Joi Ito and WIRED's Scott Dadich to discuss the  future of artificial intelligence and the spectrum of emotional responses to the technology. The conversation touched on how AI technology will affect the future of work, the government, and society's need for conversation around the integration of AI.

Why it's important: Abundance Insider readers know we frequently discuss how AI can help solve some of society's most daunting challenges, but also acknowledge the disruptive change it will create in the near future. In this interview, President Obama touched on how, as a nation, the U.S. must figure out how to successfully manage transitions in the workforce. Will various world governments welcome AI with open arms, or with oppressive regulation? | Join the Discussion

What it is: Researchers at Shinshu University in Japan have brought us one step closer to full-blown organ regeneration. They've successfully repaired five monkeys' damaged hearts using stem cells made from the skin cells of just one monkey. It's reportedly the first time induced pluripotent stem cells (made by stimulating mature cells into a juvenile, adaptable state) have been used to fix heart damage.

Why it's important: The researchers' ultimate goal is to find an uncontroversial, scalable way to rejuvenate cells for transplantation in heart attack victims. How does aging change when we can regenerate an endless supply of stem cells on demand, from our own bodies? | Join the Discussion

What it is: Tel Aviv University researchers have used genetic engineering to increase microalgae hydrogen production by an astonishing 400% -- all based on their new discovery of how algae actually produce hydrogen. "Researchers in the past believed that algae only produce hydrogen in the course of a single microburst at dawn lasting just a few minutes," reports Phys.org. "But Dr. Yacoby and his team used highly sensitive technology to discover that algae produce hydrogen from photosynthesis all day long."

Why it's important: Currently, the way we draw hydrogen out of natural gas is inefficient and toxic. What if we could grow our "gasoline" via home algae farms? "Cultivating energy from agriculture is really the next revolution," explains Dr. Yacoby. "There may be other ways to produce hydrogen, but this is the greenest and the only agricultural one." | Join the Discussion

What it is: CRRC Zhuzhou Locomotive Co., Ltd in Zhuzhou, China has released the nation's first independently designed supercapacitor tram. The train ditches overhead wires and ground electricity altogether; instead, it charges during 30-second stops. Xinhuanet reports the tram can travel at 70 km per hour and carry 380 passengers.

Why it's important: This supercapacitor train solves a number of challenges (logistical, aesthetic, financial, structural and energy, among others) that plague current above-ground public transportation options. Its versatile, environmentally friendly design could eventually enable well-populated areas without existing infrastructure to rapidly expand into modern cities. | Join the Discussion

What it is: A Berlin research team recently published their research on how a virtual reality full-body illusion (FBI) can help anorexia nervosa patients decrease their overestimation of body size. Patients were asked to estimate their body size before introducing the FBI and again after the FBI. While wearing the Oculus Rift DK2, patients experienced simple brush strokes on their abdomen, which were exactly replicated in VR on the avatar's body. The results, although not static, proved that we can change the disturbed experience of body size in anorexia nervosa patients.

Why it's important: We've previously written about VR's tremendous potential for treating depression and PTSD. If VR can also be used to treat psychological issues stemming from negative body image, we may eventually be able to "reprogram" our brains to forgive and forget the "baggage" of other harmful social experiences like bullying, child abuse and possibly even sexual trauma. | Join the Discussion

What it is: The Telomeres and Telomerase Group at the Spanish National Cancer Research Centre (CNIO), in collaboration with the Centre's Transgenic Mice Core Unit, has succeeded in creating mice in the laboratory with hyper-long telomeres and reduced molecular aging. This builds on previous research showing that in vitro culturing of iPS stem cells (derived from adult tissues) resulted in the elongation of iPS telomeres to twice their length. The team successfully created mice with these hyper-long telomeres, resulting in all of the benefits attributed to more youthful telomeres such as lower tumor incidence and a greater capacity to repair DNA damage.

Why it's important: This success means that it's possible to generate adult tissue with with longer telomeres without genetic manipulation, giving researchers multiple paths to human longevity and reducing age-related diseases. While it remains to be seen if these mice live longer, iPS cells have tremendous promise in their own right, including being able to make them in a patient-matched manner, raising the possibility of personalized treatments or organ matching without the risk of immune rejection. More resilient stem cells could lead to more effective and powerful stem cell therapies. | Join the Discussion

What it is: Germany's Bundesrat recently passed a resolution to ban the internal combustion engine beginning in 2030, which would mean that in as little as 14 years, only zero-emission vehicles would be allowed on EU roads. While the bipartisan agreement still needs EU approval, as Forbes notes, "German regulations traditionally have shaped EU and UNECE regulations." The measure also calls on EU automakers to review their current taxation and dues for ways to stimulate emissions-free mobility.

Why it's important: As Peter has previously written, a tsunami of change is coming for the automotive industry, and it's up to automakers to either ride atop this wave or get crushed by it. Germany has already taken action to support its goal of 100% zero-emission vehicles on EU roads by 2030. How will the EU -- and other governments around the world -- respond? | Join the Discussion

At Abundance 360, Peter's 250-person executive mastermind, we teach the metatrends, implications and unfair advantages for entrepreneurs enabled by breakthroughs like those featured above. The program is highly selective and we're almost full, but we're still looking for a few final CEOs and entrepreneurs who want to change the world.Apply now for Abundance360 Summit if you'd like to develop an Abundance Mindset.