How to Build an app with the crowd 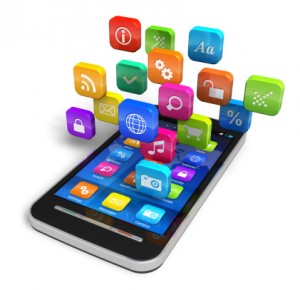 I have at least 7 really cool app ideas… but I have no time, and I frankly couldn’t program them to save my life. Could you?

I started looking into how I could design and make an app quickly and cheaply… Normally what I’d do is go out and hire an in-house developer (or a freelancer). But that is so linear.

There is a better way… And ultimately, now I’m doing it.

How am I building an app?

I recently met with Narinder Singh, the president of a company called [topcoder], when he presented to the CEOs in my Abundance 360 community.

[topcoder] is the “world’s largest crowdsourcing development, design, and data science platform. Their community gathers the world’s experts in design, development and data science to work on interesting and challenging problems for fun and reward.”

For reference, they have over 640,000 developers, designers and data scientists on their site right now, waiting to build your app.

With [topcoder], rather than a single designer, you actually get a group of designers and coders all competing to concept and build your app, on a rapid development cycle.

Why is this important?

Let’s break down the step-by-step process for developing an app using the crowd.

Getting Started: Step By Step, Using the Crowd

If you want to get started with [topcoder], send an email to topcoder@appirio.com. The time for developing an app will run you two to six months depending on the level of complexity, and the cost is probably around $12,000 per month, but if this app is central to your business and your revenue flow, it’s worth your time and money.

[topcoder] does data science competitions as well. At Planetary Resources, we partnered with NASA and TopCoder to run an algorithm challenge called Asteroid Data Hunters. We took all of the data that’s come out of the Catalina Sky Survey, millions of photographs, and are working with their crowd to build the algorithms and capabilities to improve how we detect asteroids from this imaging data of the sky.

A company called MESH01 just developed their entire app using [topcoder]. Here are some stats to show you that these aren’t just small simple apps. These are large-scale, complicated projects with lots of moving pieces. Stats: 80,000 lines of code, 130+ challenges logging 7,500 hours of development time, $130,000 in available prizes, 30% labor cost savings, ½ time savings. The software built by [topcoder] is powering nearly 100% of this company’s revenue.

Solving Your Challenge With Incentive Competitions