Sitting inside Elons Spaceship the dragon 2 Capsule from Spacex 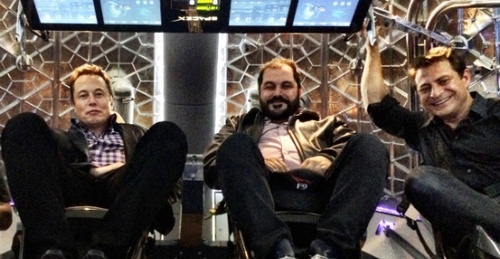 Recently I attended the unveiling of SpaceX’s Dragon-2 capsule — the new spaceship they’ve designed to take people to space.

I wanted to share this exciting experience with you.

After a small press event, I had the chance to actually climb into the capsule with Elon Musk (Founder & CEO) and a mutual friend, Shervin Pishevar (Managing Director at Sherpa Ventures).

After the big reveal, Musk told reporters that the cost of flying seven astronauts to the station on the Dragon could start out at under $20 million per seat, with the first piloted test flights in 2016. 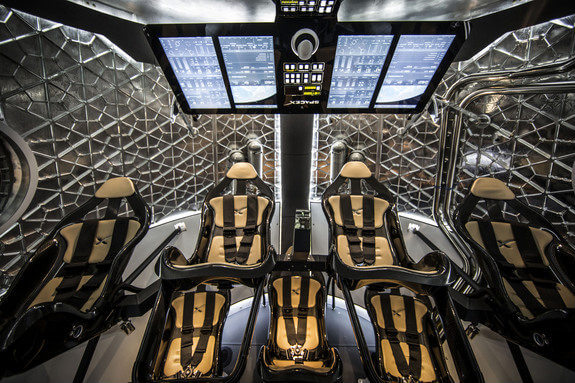 Such a powered landing is the first step towards landing on Mars, where the atmosphere is too thin to use parachutes for a soft touchdown.

Mars, after all, is Elon’s ultimate goal. Last October I was on stage with him, interviewing him at a Goldman Sachs event for an audience of entrepreneurs, and I asked him for a prediction on the timeframe and cost for taking private passengers to Mars. His answer?

The message here is the following:

Elon had no experience in the rocket business when he started 12 years ago. Yes, of course he’s a genius, but beyond that, he has surpassed what NASA, Lockheed, Boeing, Russia and China are able to do in space.

The ability of entrepreneurs to do what was once only in the hands of governments is upon us. So too, is access to the solar system.

Fasten your seatbelts — it will be a wild ride ahead.