What it is: For the first time, an Israeli team led by Professor Tal Dvir successfully 3D-printed a tiny, but beating, heart entirely from human cells. The heart is complete with muscles, blood vessels, ventricles and chambers. The cells used to print the heart came from a donor’s fat tissue, changed into embryonic stem cells, and finally differentiated into the various types of heart tissue used in the printing process. The differentiated cells were loaded into a bioprinter, which took 3 to 4 hours to print the small heart. After several days of incubation with oxygen and other nutrients, the cells in the heart began to beat spontaneously. Future advancements and research could lead to 3D printing a full-sized heart appropriate for humans.

Why it's important: Using a patient’s own cells to make a heart may resolve the immune-rejection issues that currently cause nearly 40 percent of heart transplants to fail. Organ shortages disappear when we have the ability to 3D-print organs. As self-driving cars, Internet of Things and AI technologies help us live longer, safer, and healthier lives, we'll have fewer donors from car accidents, meaning fewer donated organs to the hundreds of thousands of people on transplantation waiting lists. If we can precision-print organs, will we one day be able to reengineer these evolution-driven devices to be more efficient? Imagine 3D-printed lungs optimized for air intake, or hearts designed to be resistant to heart attacks. | Share on Facebook 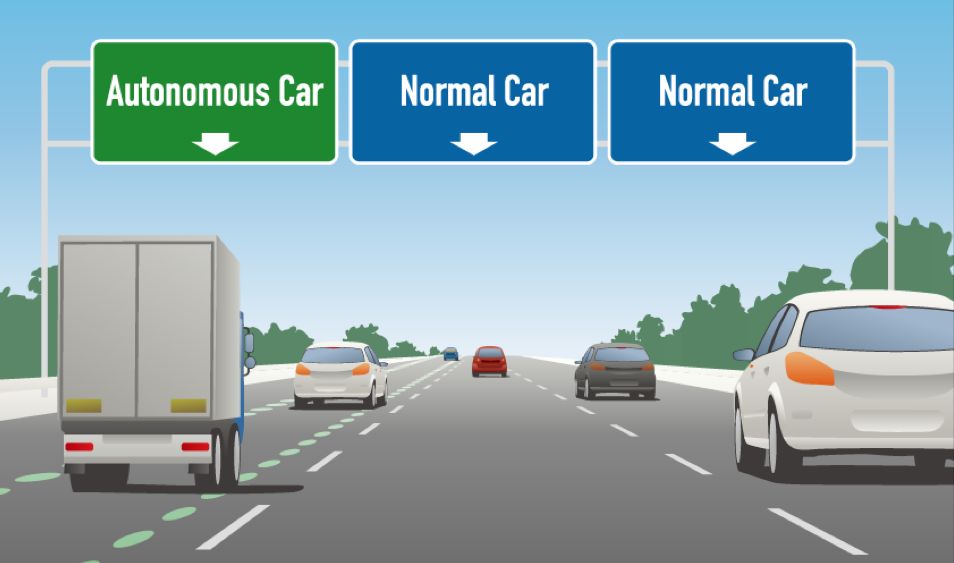 What it is: According to KPMG, China is currently ranked 20th in the world on its Autonomous Vehicle Readiness Index. To step up its game, the country is developing new road infrastructure with dedicated autonomous lanes. Slated to begin operation in 2020, the first stretch will be a 100 km road connecting Beijing with the Xiongan New Area in Hebei province. The road will embed sensors and electronic tolls that aid in the development of autonomous technology and facilitate easy payment for cab-hailing companies that begin to rely on driverless vehicles.

Why it's important: The idea of dedicated autonomous road infrastructure has been floated in U.S. near Foxconn’s new plant in Wisconsin and in Seattle, without action. Dedicated lanes may not be necessary for true autonomy development, but they would help avoid accidents in the short term, and likely accelerate the expansion of a new vehicles and services provider to the market. If successful, this experiment will provide real-world data for city planners who replicate this idea elsewhere. | Share on Facebook

A Prominent Publisher Used Machine Learning To Write A Textbook 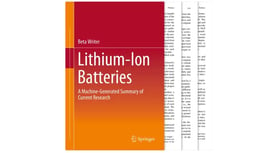 What it is: Scientific journal publisher Springer Nature just released the first machine generated textbook by a scholarly publisher. Developed by the Applied Computational Linguistics (ACoLi) lab at Goethe University in Frankfurt, “Lithium-Ion Batteries: A Machine-Generated Summary of Current Research” is an attempt to distill insights from the vast amount of research in the area. According to Springer, over 53,000 papers on Lithium Ion batteries have been published in just the last three years. While there is an element of human quality control in the training phase, the algorithm condenses and organizes the pre-approved, peer-reviewed publications into coherent chapters and sections, giving researchers just 180 pages to review and consider versus 100,000+.

Why it's important: Exponential technologies are converging, their fundamental research is accelerating, and we’re bringing another 4 billion people online in the next few years. Developing tools to remain abreast of research across a wide set of topics is more critical than ever. How can you use this and other machine learning algorithms to spot or spark new ideas? | Share on Facebook 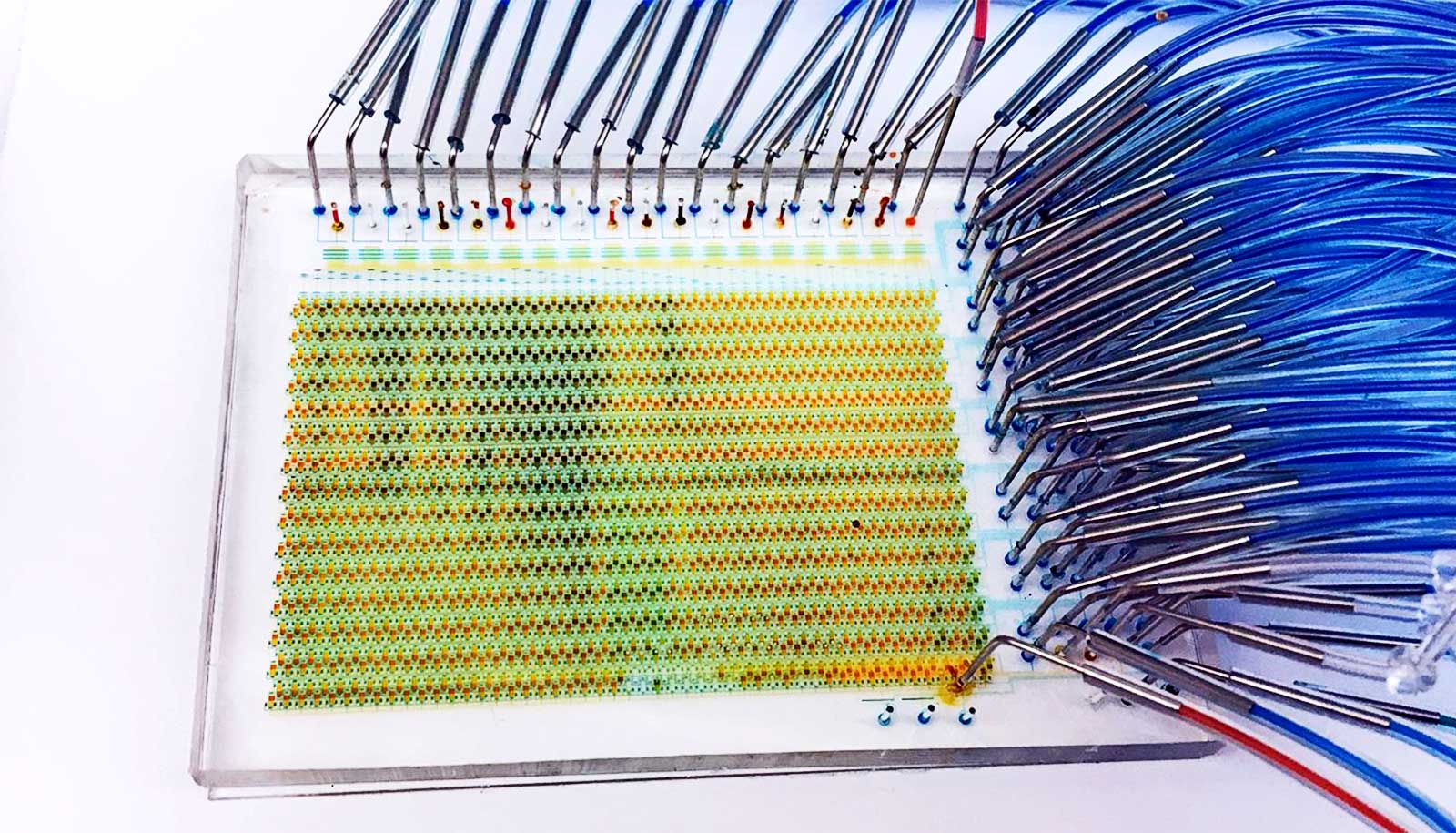 What it is: UChicago’s Institute for Molecular Engineering has just developed a “lab-on-a-chip” (LOC) that can study thousands of live stem cells, understanding how each reacts to different molecules and environments. For years, credit card-sized microfluidic devices — composed of tiny chambers, channels and valves — have been used to study reactions in numerous cells. However, while predecessors sported limited chambers and failed to keep cells alive for long-term experimentation, this team’s new microfluidic device has achieved a 15-fold increase (from 100 to 1,500) in the number of automated chambers over existing counterparts, allowing the LOC to perform experiments that would take more than 1 million steps in a traditional lab.

Why it's important: While the tool itself is impressive, its newly enabled experiments have already yielded consequential insights. The researchers even gleaned new rules that determine timing and signaling sequences necessary for stem cell differentiation or renewal, all by examining neural stem cells on the device and analyzing resulting data. With dramatic implications for our understanding of brain development and corresponding treatments, this finding demonstrates just how quickly LOC technology could accelerate stem cell research, unlocking high-throughput experimentation at a fraction of the cost. Yet advanced microfluidic devices are doing more than dematerializing and demonetizing stem cell research; they are now on the cusp of eliminating time, perhaps one of the most stubborn barriers of all. | Share on Facebook

Researchers Use Drones To Detect Potholes, Cracks, And Other Road Damage

What it is: A pre-print research paper published to Arxiv.org describes an AI-enabled quadcopter that performs road inspections. The AI system is trained to detect cracks and potholes on city roads. Engineers mounted a stereo camera (a camera with multiple lenses) on a DJI Matrice 100 drone to capture images of the road. These images were then fed through an AI system trained to compare the 3-dimensional depth of real-time images to baseline reference images. The difference between the anticipated baseline and real-time images are plotted on so called ‘disparity’ maps. As seen in the GIF to the left, these systems output a reconstructed surface of the road, and identifies areas of the road that need to be repaired.

Why it's important: Drones are just exiting the Deceptive phase of Peter’s 6 D's and entering into the Disruptive phase, with transformative implications. As this story shows, a skyful of drones complemented by thousands of micro imaging satellites will provide real-time analysis of all aspects of our world, from pothole inspection to city traffic analysis to weather patterns and wildfire detection. How will you and your company leverage the abundance of imaging data that drones and microsatellites are making accessible right now? | Share on Facebook 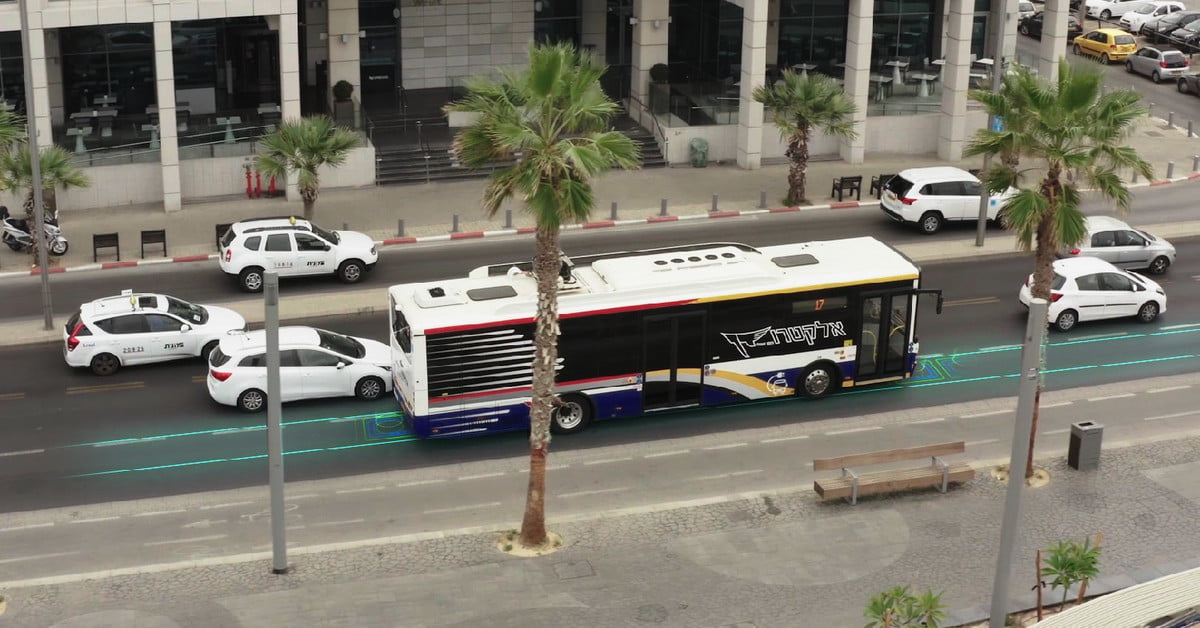 What it is: Reimagining electric vehicle (EV) charging from the ground up (literally), the Swedish transport administration is now experimenting with electric dynamic charging roads. In a $12.5 million showcasing project, the Smart Road Gotland consortium will pilot a 1-mile stretch of e-road between Sweden’s Gotland Island airport and the town of Visby, capable of charging electric trucks and buses as they run over it. Funded primarily by the Swedish government, the project will leverage a Dynamic Wireless Electrification System developed by Israeli company Electreon, a driving lane-embedded infrastructure that powers vehicle batteries wirelessly.

Why it's important: With the goal of building out 2,000km of additional electric dynamic charging roads, Sweden aims to transform one of the nation’s arterial highways into a heavy transport e-road. In success, Electreon’s and others’ commercialized e-road technology could soon pave the way for not only always-charging vehicles, but electric public transport and even low-emissions long-haul trucking. As noted by Electreon VP of business development Noam Ilan, “[this] is the first time ever that a heavy truck will charge wirelessly from the road.” A burgeoning market with unparalleled potential, electric roads may one day leave no transit industry vertical untouched, and no vehicle uncharged... | Share on Facebook