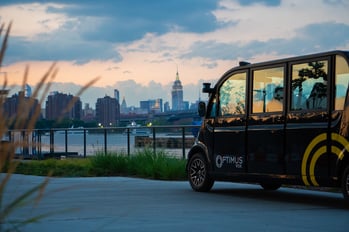 What it is: Just last week, autonomous vehicle (AV) startup Optimus Ride became the first public AV offering in New York City, providing shuttle rides to passengers in Brooklyn's Navy Yard. While carrying both a safety driver and software operator, and restricted to a 1.1-mile loop of private roads, the shuttle service is already expected to serve over 16,000 passengers per month. Lowering consumers' barrier to use, Optimus has even made the service free, running between a NYC Ferry stop and the Yard’s Cumberland Gate to embed itself in the daily routine of thousands of commuters. 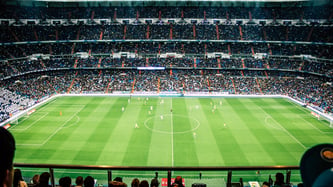 What it is: Developing what we might call an Artificial Intelligence playground, AI engineers at Google Research’s Brain Team have now built Google Research Football Environment. A reproducible, customizable, and physics-based environment, the open-sourced soccer video game is an ideal platform for researchers anywhere to test their machine learning algorithms. While games such as Pong, Space Invaders, and Go are now easily mastered by sophisticated algorithms, complex open-world games like Starcraft remain too challenging. Virtual soccer, on the other hand, offers a sufficiently structured (rule-based) game while introducing behavioral uncertainty and diverse team strategies.

India’s Reliance Jio is launching its IoT network on New Year’s Day, with a plan to connect 1 billion devices 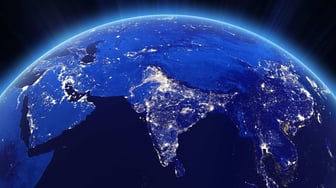 What it is: Chairman of Reliance Industries, Mukesh Ambani, has now set the conglomerate’s sights on powering at least half of India’s connected devices, projected to exceed 2 billion over the next two years. Leveraging the company’s 4G network, Reliance’s telecom subsidiary, Reliance Jio, is therefore launching a Narrowband Internet of Things (or NBIoT) this coming January. Yet Jio will focus less on in-home appliances, instead targeting low-cost, seamless connectivity between industrial machines in manufacturing, transportation, logistics, and utilities. Reliance's focus on these latter industries also follows the Indian government's $1 billion investment in the construction of 100 smart cities.

Why it’s important: While India’s IoT-connected devices currently number about 60 million, Deloitte estimates a 32X surge in the nation’s online devices by 2020. Growth at this scale would drive a $9 billion domestic market, attracting countless smart device companies and new telecom players. Although we often think of technologically developed nations as best suited to IoT and smart cities, India and other emerging economies are well-positioned to leapfrog traditional network infrastructure, as IoT technology can be more easily embedded during network construction (no retrofitting needed!). As governments begin pouring funds into front-end smart city applications, IoT networks like that of Reliance are providing the backbone for everything from traffic flow optimization to government e-services. | Share on Facebook.

Could this AI inventor be the first with a patent to its name? 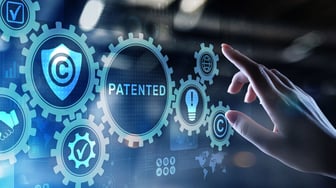 What it is: Sparking historic legal debate, American engineer Stephen Thaler and legal experts have just filed for UK-, Europe-, and US-based patents in the name of an Artificial Intelligence. Dubbed Dabus AI, the algorithm was originally invented by Thaler but went on to autonomously design novel consumer products. Those in the patent filing process include a fractal-based, easy-to-grasp food container and a lamp built to flicker in patterns mirroring brain activity. As might be expected, however, patent offices are showing strong resistance, citing the traditional precedent that legal rights have always gone to humans.

Why it’s important: Now that AIs are becoming inventors, the legal status of human creativity and artificial genius could fundamentally alter how we assign legal responsibility, credit, ownership, and (in the case of product malfunction) culpability. As explained by the BBC, human requirements were originally intended to protect individuals from losing their inventions to corporations. Yet the increasing use of AIs (such as generative adversarial networks, or GANs) to design everything from optimized auto parts to novel drug therapies, is about to birth a far broader debate about intellectual property and the legal definition of invention. | Share on Facebook.

This supercomputer generates millions of universes, helping researchers determine the rules that shaped our own 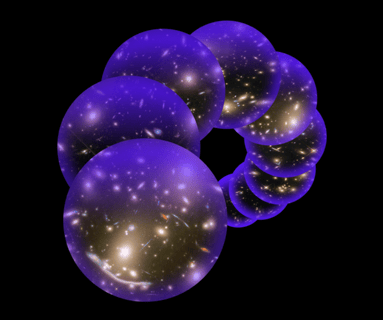 What it is: Peter Behroozi and his research team at the University of Arizona Steward Observatory are now employing computer simulation to study one of humanity’s most existential questions: the formation of our universe. Foregoing costly telescopes, the team instead uses a supercomputer to generate millions of virtual universes. Each known as an “Ex Machina,” individual universes contain 12 million galaxies and start 400 million years after the Big Bang. By observing the characteristics of each universe, Behroozi and colleagues can distinguish underlying differences across simulations (relative to our own universe) to determine the viability of today's various formational theories. With a specific focus on the role of dark matter and how simulated galaxies give birth to stars, the research team can thereby infer causal relationships far more difficult to identify through traditional observation.

Why it’s important: Astronomers’ newfound ability to simulate millions of universes could soon allow us to isolate individual causal factors responsible for what we observe in the stars today. Yet supercomputers’ ability to generate massive databases with logically consistent data affects scientific discovery well beyond the origins of our universe. Soon, we might be able to “birth” millions of ecologies or even political simulations, each bound by their own set of parameters. In success, supercomputers and AI-generated simulations could thereby help researchers identify causal links, optimal conditions, and even theoretical flaws within any scientific field imaginable. | Share on Facebook. 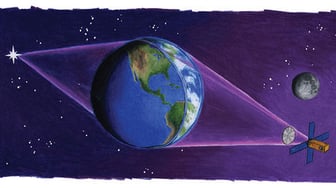 What it is: Telescopes capable of observing far-off worlds usually exceed billions in cost and can span the equivalent of multiple football fields. What if we could instead use the Earth as a giant telescope lens, dramatically cutting down on cost and size? Enter Columbia University’s David Kipping, an astronomer who has now developed designs for a “Terrascope.” When light hits the Earth, it refracts through the Earth’s atmosphere. This refraction closely mimics the lensing behavior of standard telescopes and reading glasses. Kipping’s thought proposal therefore suggests that we harness the Earth itself as a giant lens, placing a space telescope at the focal point. In theory, this configuration would boast the light-gathering power of a 150-meter telescope, but cost far less than alternative astronomical observation systems.

Why it’s important: While many technical challenges remain, Kipping’s paper provides first principles engineering solutions that validate the efficacy of a conceptual Terrascope. Today, Earth-based telescopes are astronomically expensive. Kipping estimates that replicating the results of a Terrascope-scale system would require a 100 meter (as opposed to 1 meter) terrestrial lens, not to mention upwards of $35 billion. Leveraging an entire planet as our lens, however, could offer an extraordinary new method for imaging distant, space-faring objects and even earth-like planets. How else might one apply Kipping’s first principles approach to astronomy and engineering? | Share on Facebook.

Abundance Digital, a Singularity University program, is an online educational portal and community of abundance-minded entrepreneurs. You’ll find weekly video updates from Peter, a curated newsfeed of exponential news, and a place to share your bold ideas.