Researchers’ 3D map of the brain’s response to words could be vital for next-gen language decoders. 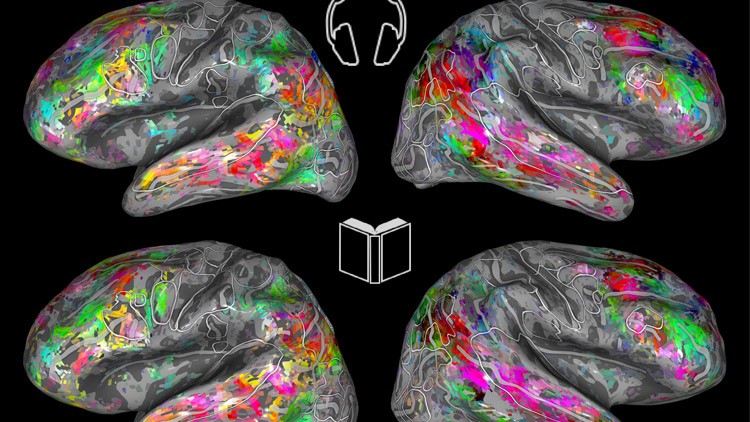 What it is: Researchers at UC Berkeley have now created a 3D map of how the brain responds to words. To achieve this, the team monitored brain activity (vis-à-vis blood flow data) of nine volunteers as they both listened to and read stories from “The Moth Radio Hour” podcast. By reading stories one word at a time and subsequently listening to the same passages, participants generated new data revealing how various words spark activity in distinct regions of the brain. These results were then fed into a computer program that used natural-language processing to map thousands of words based on their relationship to one another. Ultimately, the team found that different classes of words (e.g. social terms like “husband,” “father,” and “daughter”) do indeed correlate to disparate physical regions in the brain, regardless of whether they are read or listened to.

Why it’s important: Discoveries in neuroscience are fundamental to both augmenting and treating the human brain. In terms of augmentation, our ability to map the physical regions in which different brain activities take place will vastly facilitate development of brain-computer interface technologies (think: Elon Musk’s recently showcased Neuralink, for instance). From a treatment standpoint, research that codifies isolated brain activity — particularly in language and communication — could help us to develop unprecedented new therapies for patients with reading and speech disabilities. | Share on Facebook.

These AR swimming goggles can display multiple performance metrics while you swim.

What it is: Sports tech startup Form has just released the first-ever augmented reality (AR)-enabled swim goggles, introducing seamless fitness tracking to the pool. Developed in partnership with Olympic swimmers, the goggles can reach a depth of up to 32 feet. Attached to the side of one lens, Form’s computer sits embedded in a small black box, enabling swimmers to display performance metrics in real time, from total distance and stroke count, to total calories and split time. Using accelerometer data, the goggles’ onboard processor can even detect stroke types, additionally noting when swimmers turn around or take a break. For greater versatility, the company used machine learning to train its software on data produced by swimmers of multiple levels.

Why it’s important: Whereas some AR players have adopted a broad approach to general-purpose AR eyewear (think: Google Glass), Form’s targeting of a highly specific use case allows its technology to benefit from structured environments and an abundance of well-defined data. Just as Microsoft refined its Hololens technology through early application in industrial training and military settings, Form’s sports tech focus might soon yield AR hardware applicable in a range of industries. What other niche applications lend themselves to near-term, practical AR, while generating hardware for a fully augmented world? | Share on Facebook. 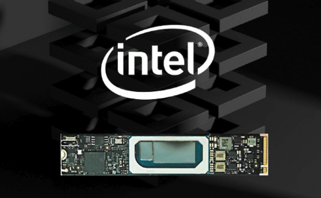 What it is: This week, Intel released the company’s first dedicated AI processor, designed for use in large data centers. Known as Springhill, or Nervana NNP-I, the chip is based on a modified 10-nanometer Ice Lake processor, making it ideal for high workloads without significant energy use. Now a principal component of Intel’s “AI everywhere” strategy, the Springhill chip is built for an AI process called inference. Implementing trained neural network models to deduce novel insights from data, inference is essential for computer vision, speech and image recognition, as well as language processing tasks.

Why it’s important: Already in use by companies like Facebook, Intel’s chip can help offload inference workloads from countless standard processors, allowing these latter components to focus far more on general compute tasks. As explained by the general manager of Intel’s AI products group, Naveen Rao, “In order to reach a future situation of ‘AI everywhere,’ we have to deal with huge amounts of data generated and make sure organizations are equipped with what they need to make effective use of the data and process them where they are collected.” Not only will Intel’s Springhill deployment help catalyze complex AI inference processes, but similar iterations could vastly improve the energy efficiency of today’s growing data centers. | Share on Facebook.

Thousands of autonomous delivery robots are about to descend on US college campuses. 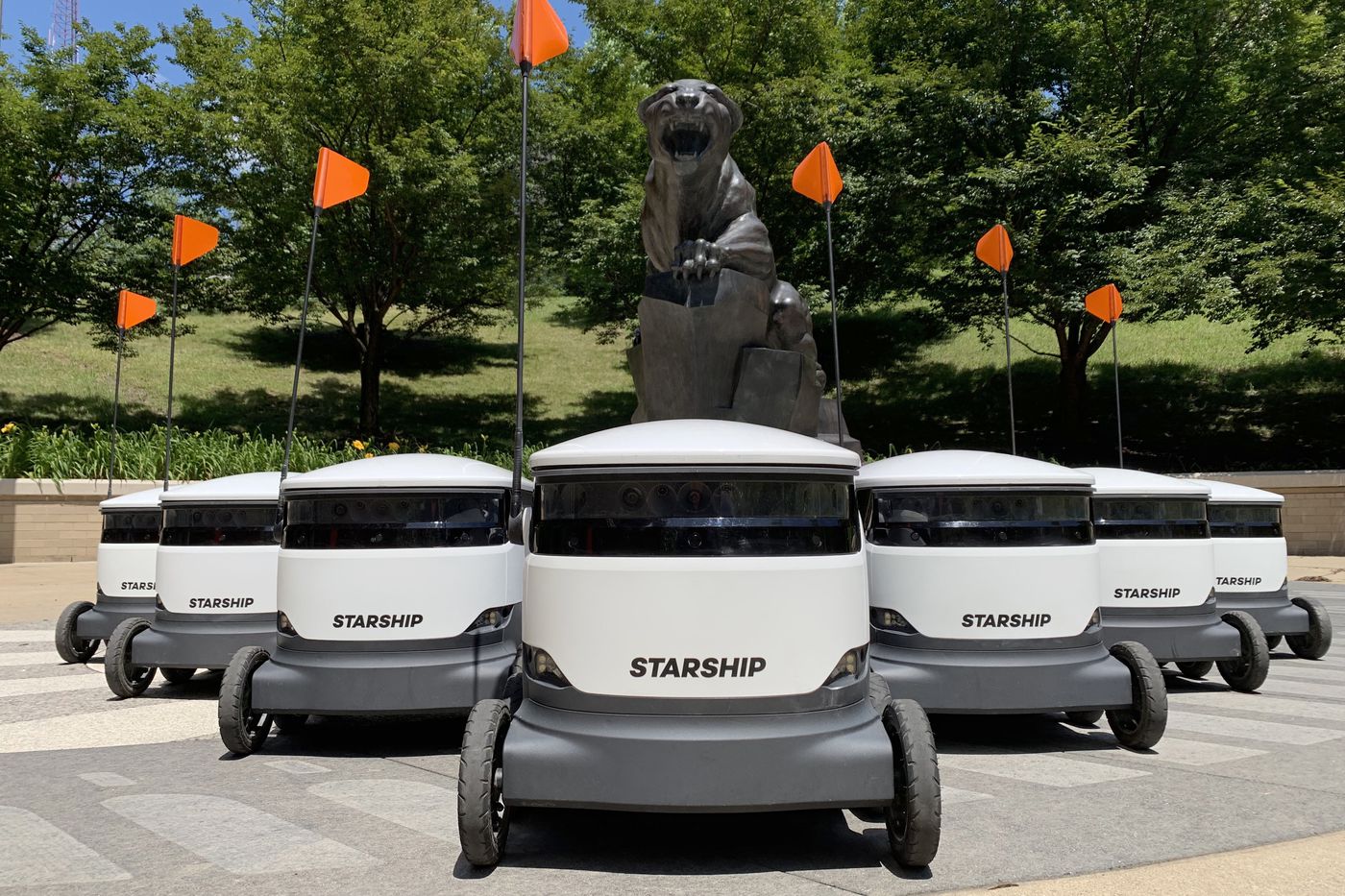 What it is: Having just raised $40 million in its Series A round, autonomous robot delivery startup Starship Technologies is now targeting U.S. college campuses. In total, Starship’s self-driving delivery bots have traveled 350,000 miles, completing over 100,000 deliveries across 20 different countries. With extensive testing under its belt, the company plans to deploy thousands of its all-electric, six-wheeled bots for college food deliveries over the next two years. Already in action at George Mason University and Northern Arizona University, the robots can carry up to 20 pounds of cargo and make deliveries within a three-to-four-mile radius.

Why it’s important: Online grocery shopping is predicted to surge up to fivefold over the next ten years, and American consumers are expected to spend upwards of $100 billion on food-at-home items by 2025. While today’s human-conducted delivery services (think: Postmates and DoorDash) are on the rise, these non-automated options remain heavily subsidized, as labor costs far exceed those of roboticized alternatives. By first targeting college campuses, companies like Starship can benefit from well-defined, easily navigable environments (not to mention an abundance of tech-savvy, young buyers) while building out an expanded business model for urban integration. | Share on Facebook. 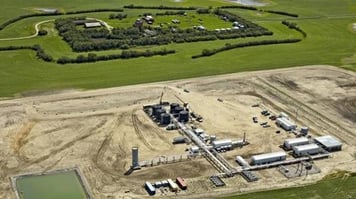 What it is: Clean energy startup Proton Technologies is now cracking the code of emission-less, pollution-free hydrogen gas. Hydrocarbons (like those in crude oil and natural gas) react with oxygen via combustion (or respiration) to produce energy plus carbon dioxide and water. Hydrogen gas, on the other hand, reacts with oxygen to produce solely energy and water. To avoid burning hydrocarbons above ground (and thereby release carbon into the atmosphere), Proton Technologies has now developed a system of converting hydrocarbons into hydrogen while still trapped in oil fields underground. By injecting oxygen into oil wells to combust the trapped hydrocarbons, Proton can generate enough heat in the process to produce hydrogen gas. This process leaves carbon sources trapped beneath the Earth’s surface in the form of carbon dioxide, carbon monoxide, methane, and other gases, while removing only hydrogen gas.

Measuring the shape of proteins just got easier thanks to mathematics. 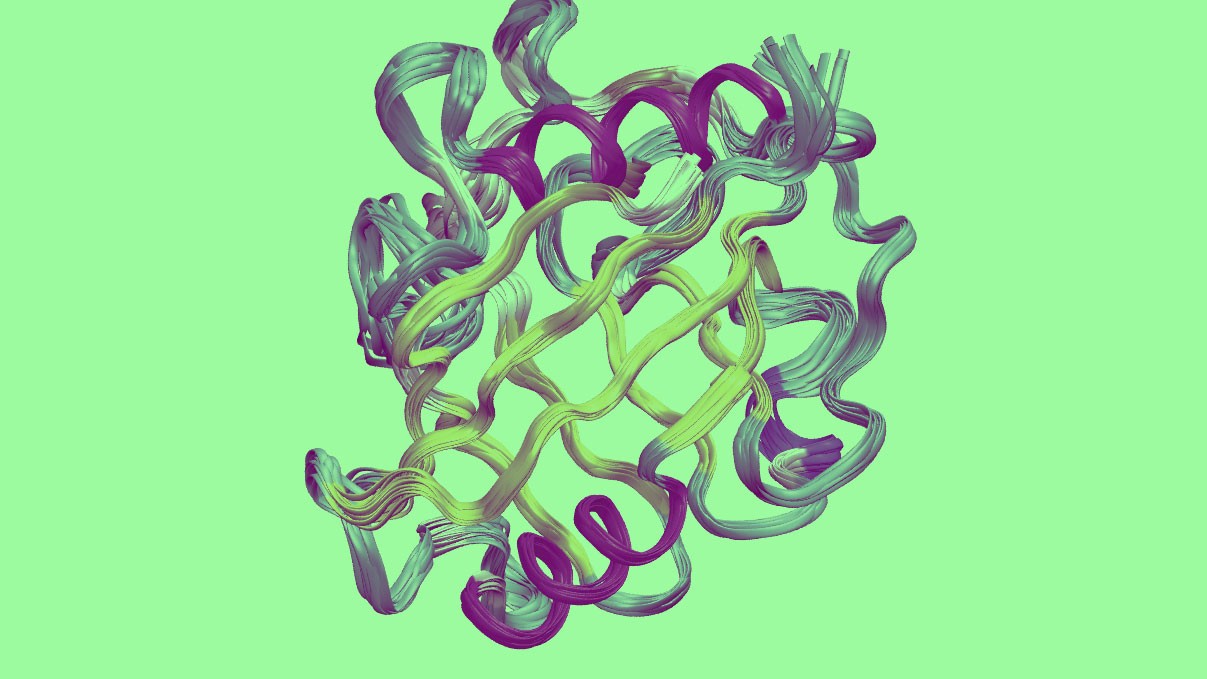 What it is: A research team led by Yale chemist Zhe Mei has just made significant progress in scientists’ ability to identify protein structures. In common practice, proteins have either been crystallized and analyzed via x-ray crystallography or packed in a liquid solution and analyzed using nuclear magnetic resonance (NMR). Yet neither approach is consistently accurate for all proteins, and results differ. To understand why, Mei and her team built a database of x-ray crystallography protein structures at various temperatures. Subsequently, the team built a mathematical model of the ways in which proteins pack together, either forming solid crystals or bundles in solution for NMR. In success, the researchers not only found that packing density can explain the difference in protein structure between both measurement techniques, but were also able to study how temperature influences structure.

Why it’s important: A key building block for everything from organ tissue to hormonal regulation, proteins are responsible for much of our biological machinery, and each protein’s function is largely defined by its complex structure. Predicting and visualizing protein structure, however, has been a seemingly insurmountable challenge, prompting scientists to develop complex algorithms and even launch crowdsourcing platforms. Yet mathematical modeling can be invaluable in reconciling differences between different measurement and imaging techniques—both improving biochemistry research methods and revealing unknown relationships between our biology and external variables. | Share on Facebook.