P.P.S. Do you know any brilliant, driven, and passionate young entrepreneurs (University students and recent grads)? We’re looking for the best and brightest young entrepreneurs to join us for our educational Strike Force Fellowship Program. Twenty-five applicants will be awarded the coveted Fellowship. Fellows will learn from Peter and compete for two internships with our team next summer 2019.

What it is: Brain.fm is one of several companies using artificial intelligence to help us hone into a hyper-productive state of work, a deep state of sleep, or a impeccable state of relaxation. While most music is designed to sound good, Brain.fm works with teams of scientists and engineers generating music that helps listeners achieve their desired state of mind. Human composers write and record the core sound tracks, and an AI engine mixes, matches, and remasters these motifs into longer tracks. Funded by an NSF Grant, this convergence of neuroscience with music theory is shaping up to be a powerful productivity tool.

Why it's important: Artificial intelligence is a user interface allowing us to access the breakthroughs of neuroscience. While direct brain-computer interfaces are a few decades from being consumer-facing, we are seeing a slew of applications that use our existing senses to optimize how our brains function. | Share on Facebook 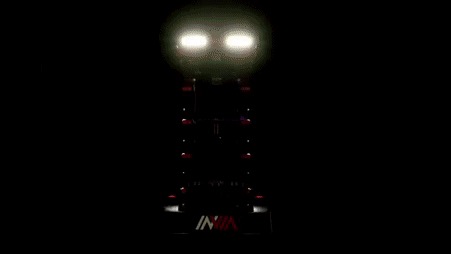 What it is: InVia Robotics is selling robotic services versus robots to make warehouses more efficient. The inVia team capitalized on the many mistakes of past robotics manufacturers to build robot hardware and innovate with their business model. InVia engineered movable, puck-shaped robots with a lift that can move the puck’s platform up and down, an arm that can move forward and backward, and a suction pump to drag boxes around a warehouse. InVia demonetizes access to robotics through its Robotics-as-a-Service business model. Instead of purchasing robots, customers can pay by the unit of work robots perform.

Why it's important: InVia’s robotic services are specially designed to address problems in e-commerce warehouse logistics. Older warehouse systems simply can't accommodate the variability (e.g. bundles, colors, sizes, and combinations) of e-commerce shipping and packing needs. By only requiring payment for work performed, Robotics-as-a-Service tears down the initial capital barrier to transitioning to robotics -- a prime example of new business models (as a service) converging with exponential technologies. | Share on Facebook

What it is: A team of researchers at City University of Hong Kong (CityU) has developed the world's first successful method of 4D printing ceramics. With its high melting point, ceramic is a challenge for conventional laser printing, and current 3D-printed precursors rarely achieve complex shapes. But with CityU’s novel "ceramic ink" — a mixture of polymers and ceramic nanoparticles — 3D-printed precursors are remarkably malleable, able to stretch to three times their initial length. And given their elasticity and printable joints, these precursors can then morph and solidify into countless computer-designed shapes under the right heat treatment, boasting strength-to-density ratios far sturdier than other printed ceramics.

Why it's important: Overcoming 2.5 years of materials science challenges, the CityU team's 4D printing convention marks a tremendous breakthrough in self-assembling printed structures and ceramic shapes. With the fourth dimension of time, 4D printing involves objects capable of shape-morphing or self-assembling under certain stimuli, including temperature changes, mechanical force, electrical currents, water, and even light. This has tremendous implications for everything from global communications to space. | Share on Facebook

What it is: Researchers at the Ecole Polytechnique Fédérale de Lausanne (EPFL) are leveraging virtual reality to help amputees more readily adjust to their prosthetic limbs. This virtual reality therapy works by essentially tricking patients into seeing their prosthetics as a part of their physical bodies. The EPFL research team used vision and touch by applying a neurosimulation currents to the nerves in the end of the amputee's stump. The applied current mimics the feel of a tactile stimulation to one finger of the new prosthetic, while the team illuminates -- in virtual reality -- where the prosthetic finger is in real life. By the end of the simulation, the patient’s feeling of where the prosthetic is located matched the actual location of the prosthetic in the patient's mind. Notably, these results lasted for up to 10 minutes after the simulation ended.

Why it's important: Exponential technologies both supplement and supercharge our day-to-day lives. Robots, virtual reality, and artificial intelligence provide extra help and essential healing for us everyday. Now, we are seeing intricate prosthetic limbs rehabilitating individuals’ abilities to carry out nominal day-to-day activities, restoring freedom of movement. | Share on Facebook 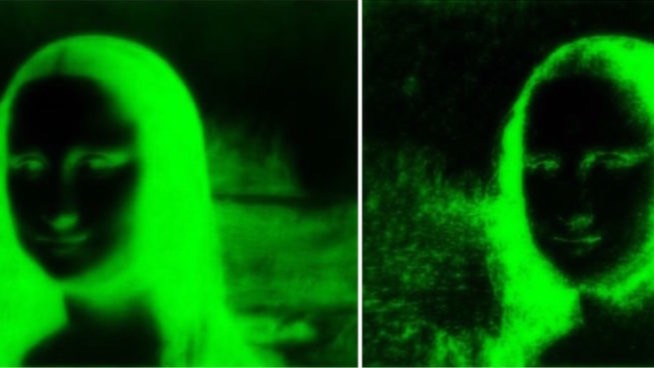 What it is: Researchers at Italy's Sapienza Università di Roma have genetically engineered E. coli to respond to light, using targeted light stimuli to guide their movement into micro-masterpieces like the Mona Lisa. Geared with living motors and their own propellers, E. coli can swim through liquids at ten times their own length in a second. And by using a recently discovered protein that causes ocean-dwelling bacteria to be powered by light, researchers are now able to direct the E. coli by locally decreasing light intensity. Light-responsive bacteria thereby accumulate into brushstrokes of E. coli, and researchers can shine negative micro-portraits, from Darwin to Einstein.

Why it's important: Engineered E. coli "microbricks" with genetically incorporated traits (such as light sensitivity) could propel numerous real-world innovations. As explained by Sapienza University of Rome's Roberto Di Leonardo, "these fantastic micro-robots could be controlled using physical external stimuli [...] in order to exploit their propulsion for transport, manipulation of microscopic systems inside miniaturized laboratories on a chip.” And given E. coli's infinitesimal scale and our newfound ability to manipulate its movement, this breakthrough could allow for everything from optical 3D printing of sub-millimeter microstructures, to in-vitro biomedical applications, to diagnostics on the single-cell level in labs-on-chips. | Share on Facebook

Shenzhen: Hardware Capital of the World