What it is: Google's self-driving car project is now Waymo, a self-operating entity under the Alphabet umbrella. Separately, Waymo also announced partnerships with Fiat-Chrysler and made it clear that Waymo is a technology company with no interest in making its own vehicles.

Why it's important: As a separate entity, Waymo should be able to operate more like a startup -- albeit a well-funded one. This enables more aggressive experimentation, akin to Otto (under Uber) and Tesla, but as TechCrunch mentions, "Waymo will be less insulated from scrutiny regarding its progress and performance as a business." This move also signals competition heating up in the self-driving space and proof that the technology is rapidly heading toward commercial viability. | Join the Discussion

What it is: Developed by New York biotech firm RenovaCare, SkinGun experimental technology could help treat burn victims with new techniques using stem cells. The process involves harvesting a patient's stem cells from a small area of unwounded skin and suspending the cells in a water-based solution. The SkinGun then sprays this solution directly onto the wound -- enabling new skin to grow at the cellular level on that area. RenovaCare reassured that the cells are not modified, they are simply sprayed. The company's goal is to expand the CellMist System's range of applications and effective treatments for burns and other skin disorders.

Why it's important: About 486,000 burn injuries require medical treatment each year, according to the American Burn Association, and nearly 40,000 of these require hospitalization. As we continue to develop and test these stem cell-based experimental technologies, we'll be able to deliver faster, better and cheaper treatments. | Join the Discussion

What it is: Ultrahaptics has launched a demo showcasing its ability to use ultrasound to add touch to virtual reality experiences. This is not your phone's haptic feedback mechanism, which is limited to a coarse vibration: this is the ability to feel objects, switches and dials in midair, vastly enhancing the Virtual Reality experience.

Why it's important: Imagine being able to play catch, stack blocks or feel the air moving past you on a roller coaster. All of these sensations are critical to getting to a truly immersive VR experience, which in itself opens up a broad set of experiences and use cases from education, improved CAD design and artistic endeavors, just to name a few. | Join the Discussion

The Latest Idea From Google's Parent Company: A Service Where Drones Deliver Your Food For $6

What it is: Google X -- Alphabet's moonshot factory -- has plans to build "Wing Marketplace," an online platform for $6 drone deliveries. The company met with Domino's Pizza, Whole Foods, and other fast food chains and restaurants to help expedite the drone delivery program. Google X has been experimenting with Project Wing and drones for years -- including September's Chipotle burrito delivering drone launched at Virginia Tech. Despite the growing number of competitors in this space, which includes players like Amazon, X remains committed to growing Project Wing.

Why it's important: From delivery van drones to human-sized organ-delivering drones and food-delivering drones like X's Project Wing, highly capable drones are proliferating. As Peter mentioned in his blog on drone and technology convergence, in the near future, further advances in exponential technologies, batteries and materials science will create another tipping point in drone technology, making them smart, cheap, reliable, scalable (both small and large), and ultimately ubiquitous. | Join the Discussion

What it is: India recently unveiled the world's largest solar plant. Located in Kamuthi, Tamil Nadu, the power plant covers 10 sq km, and at full capacity has enough electricity to power about 150,000 homes (648 MW). The $679 million facility was built in only eight months after its funding by the Adani Group, and is cleaned every day by a solar-powered robotic system. By 2022, India aims to power 60 million homes by the sun -- supporting the government's goal to produce 40 percent of its power from non-fossil fuels by 2030. In the long run, India hopes the development of this plant will help improve the country's poor air quality.

Why it's important: In the next 20 years, between 50 percent to 100 percent of the world's energy production could come from solar. India's new large-scale solar plant is just the beginning of new developments pointing towards a future with abundant energy, abundant clean water and abundant possibility. | Join the Discussion

Doctors Can Now Sift Bacteria From Your Blood Using Magnets

What it is: A joint research effort from Harvard, the Empa research group, and Adolphe Merkle Institute have developed iron-coated antibodies with the ability to bind to bloodborne bacteria. When passed through a dialysis machine, the magnets were able to pull the antibodies (and bacteria) from the blood, clearing the infection.

Why it's important: Sepsis is bad news; the current mortality rate is around 50 percent, and the conventional treatment of broad spectrum antibiotics is becoming less and less effective as bacterial resistance evolves. This team's method has fewer side effects and paves the way to developing synthetic antibodies to target multiple bacteria at once. Perhaps more importantly, this illustrates our rapidly evolving capabilities in targeting specific cells, and should enable a better understanding of the immune system and how we can more effectively treat everything from allergies to cancer. | Join the Discussion

A Machine-Learning System That Trains Itself By Surfing the Web 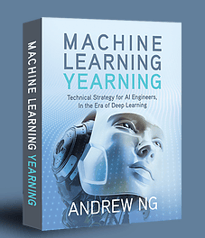 What it is: MIT researchers have developed a machine learning system that allows it to think more like a human. Traditional algorithms have needed training, only delivering a confidence interval after classifying a target text or other data source. Here, where the confidence interval is low (e.g. it doesn't understand something), the system recognizes the need to learn something new, and does exactly what many of us do: searches the web to gain a better understanding.

Why it's important: Thus far, even for unsupervised learning, machine learning systems have not been able to seek out new information to improve their accuracy. Similar to DeepMind's achievement earlier this year with making inferences across networks, this is another important advance in making Artificial Intelligence think more like humans. When those approaches combine, the possibilities are endless. | Join the Discussion

What it is: Six scientists from Johns Hopkins and Rutgers University have unveiled clues that could solve the mysterious relationship between classical physics and the opposing quantum realm. The experiments were conducted using laser light and fingernail-clipping-sized gray material called topological insulators -- conducting electricity on their surface, not their insides. These topological insulators have the capacity to reveal quantum properties that are typically only seen using a microscope. The researchers found fingerprints of a quantum state of matter by measuring the reflected light that moved through the material samples. The results from this research have the potential to answer the central question of modern physics: How does classical mechanics emerge from quantum mechanics, and where is the threshold that divides these realms?

Why it's important: As Peter mentioned in his blog on quantum computing, we're witnessing a race to prove "quantum supremacy" -- essentially, the test that validates that the computer you have is actually a quantum computer. This study demonstrates the incredible progress we're making toward answering the central question of modern physics. When quantum computing does pan out, we'll soon be able to control the very building blocks of the universe. | Join the Discussion