In this week's Abundance Insider: Energy-efficient supercomputers, nylon muscles and the data on dementia's dramatic decline.

Nvidia Makes the Most Energy-Efficient Supercomputer Ever

What it is: NVIDIA recently unveiled its SATURNV supercomputer, a cluster of 124 DGX-1s (NVIDIA's "AI in a Box"). It delivers 9.46 gigaflops/watt -- a 42 percent improvement from the 6.67 gigaflops/watt delivered by the most efficient machine on the Top 500 list released last June.

Why it's important: This is a big step towards exascale computing, or 1 quintillion floating point operations per second. Additionally, NVIDIA wants to combine Artificial Intelligence and supercomputing, unlocking the power of Artificial Intelligence for large-scale problems like autonomous vehicles, modeling fusion reactors, and a litany of breakthroughs where deep learning would be a good fit for the problem at hand (including modeling better GPUs and chipset design). | Join the Discussion

What it is: Researchers at the University of Central Florida have created a battery that charges in seconds, could last for days on a single charge, and last for 30,000 cycles. Traditionally, supercapacitors have not been used for battery storage due to size constraints, but researchers here were engineering at the nanoscale, packing tiny nanowires enclosed in a high-energy shell.

Why it's important: Energy storage is a big deal. The current limitations of charging times, size, weight, length of charge, and longevity are a challenge in a lot of fields. Beyond charging your phone in seconds, think of dramatically lighter electric vehicles and more portable storage for renewable energy sources like solar and renewables. | Join the Discussion

What it is: MIT researchers recently developed an artificial muscle technology that greatly resembles the lifelike hosts in the HBO show "Westworld." The technology produces nylon-based artificial muscle-like filaments that are extruded through a 3D printer -- also very similar to the one used in the show. By heating specific parts of the sequence, researchers can create complex movement patterns that more closely resemble the movements of an actual human muscle. Although MIT's new technology is not the first to produce artificial muscles, this solution is a far simpler, more cost-efficient option than existing offerings.

Why it's important: Peter's blog on Robotics and Technology Convergence mentioned how we are on the cusp of a robotics revolution, and how the societal and cultural implications of this coming revolution will be staggering. As these technologies continue to advance, we can expect the emergence of human-like robots, prostheses, exoskeletons and replacement body parts in the years to come. | Join the Discussion

What it is: Physicists from Helmholtz-Zentrum Dresden-Rossendorf (HZDR) and Paderborn University have created electronic circuitry using the self-organizing properties of DNA molecules. In contrast to traditional semiconductor and circuitry design, which is done by subtracting layers of material (a top-down approach), the method here uses DNA to build a circuit from the bottom up, overlaid with gold to add conductivity.

Why it's important: DNA as a self-organizing molecule or strand should allow us to make smaller circuits, and with potentially less effort and error than traditional methods. By succeeding in bonding a conductor like gold to the DNA, this not only moves the miniaturization quest forward, but also leads to foreseeable applications where nanoscale circuits (or smaller) will be critical -- for example, nanobots that repair cellular damage. | Join the Discussion

The Physics Defying EmDrive Just Passed Peer Review: What You Need to Know

What it is: NASA's previously leaked study of the controversial EmDrive was recently peer-reviewed, and it turns out the methodology is sound. The EmDrive -- a radio frequency resonant cavity thruster -- was tested by NASA scientists in a near-vacuum, and their results produced a thrust-to-power ratio of 1.2 ± 0.1 millinewtons per kilowatt. Because the device was able to provide thrust without a propellant, violating Newton's Third Law of Motion, researchers will next work to rule out any secondary side effects or other error sources that could lead to a false positive.

Why it's important: While scientists are still not ready to guarantee that EmDrive works, this peer-reviewed paper on EmDrive is a major step forward that enables more scientists to explore the technology. Expect more "universal laws" to be rewritten as advancements continue in computer processing power, machine learning, data science and materials science. | Join the Discussion

Vinod Khosla: Automation Can Replace 80% of IT Jobs, and It's 'Exciting'

What it is: At the recent Structure Conference in San Francisco, Vinod Khosla shared his vision of an "exciting" future where artificial intelligence replaces 80% of all IT jobs. Khosla mentioned a few companies, including Nutanix and Mesosphere, that are already working on developing technologies to automate their IT departments. To ease the crowd's concerns, Khosla discussed the significant cost of a sizable IT department, and how AI technology will significantly reduce this cost.

Why it's important: Peter has previously written about the concern that AI technology will take jobs and subsequently destroy the economy. What isn't as widely reported, however, is how Artificial Intelligence has the potential to exponentially increase efficiency in all industries, freeing up humans for higher-level creative or strategic work. As we gain firsthand experience in the myriad of ways AI can augment our everyday capabilities, will we still fear the technology? | Join the Discussion

France to Shut Down All Coal Power Plants by 2023

What it is: France's president Francois Hollande recently announced at the UN climate change conference that all coal power plants in the country will be shut down by 2023 -- thus beating the U.K.'s commitment to end the use of fossil fuels to generate power by 2025. France already derives over 75 percent of its electricity from a power source with a lower environmental impact than fossil fuels; with this new commitment, the country is poised to become a world leader in low-carbon energy.

Why it's important: France's decision marks significant progress toward a future where the planet is no longer dependent on fossil fuels. Peter has previously written about how the global oil and natural gas industry is a $4 trillion business on the cusp of complete disruption. Expect to see other countries follow suit with commitments to adopt more efficient and sustainable energy solutions. | Join the Discussion

Dramatic Decline in Dementia Seen Among Older Adults in the US

What it is: Reporting in JAMA, researchers at the University of Michigan have found a steep drop in rates of dementia, from 11.6% in 2000 to 8.8% in 2012 in adults over the age of 65. Including adults over the age of 85 brought the 2012 rate down to 8.6%. This complements other research, which has been suggesting that rates of dementia in the U.S. and other high-income countries has been on the decline for the past 25 years.

Why it's important: Researchers positively correlated educational attainment and cardiovascular health with the decline, suggesting that modifiable behavioral factors can reduce your dementia risk now. (It also highlights the importance of looking at the data, such as Peter's Evidence of Abundance, as an antidote to the negative bias inherent in most media outlets.) | Join the Discussion 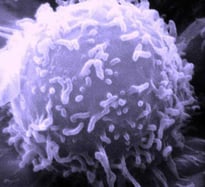 What it is: Cancer cells hack their systems into lengthening telomeres, the caps at the end of chromosomes that prevent DNA degradation and enable the cell to continue multiplying. Roughly 85% of cancers do this by increasing activity of an enzyme called telomerase, but the other 15% of cancers use a mechanism called ALT, short for alternative lengthening of telomeres. Although ALT was discovered 20 years ago, University of Pittsburgh researchers have just identified specifically how it works -- and this discovery could revolutionize how we treat the most aggressive, treatment-resistant cancers.