What it is: Israel-based Tactical Robotics has signed an exploratory partnership with Boeing, whereby the two companies will develop vertical take-off and landing (VTOL) aircraft based on Tactical’s “Fancraft” enclosed rotor technology. Unlike open rotors, Fancrafts are placed inside ducts to better direct airflow as well as provide enhanced safety. Leveraging the aviation ducted fan technology, parent company Urban AirShip recently succeeded in developing “Cormorant,” an autonomous flying vehicle (with a roughly Humvee-sized footprint) that can take off and land vertically. While Boeing’s deal with Tactical Robotics will begin by exploring production methods and deployment applications of Cormorant (such as emergency response missions), it may also involve the development of other piloted and autonomous VTOL aircraft in the long term.

Why it’s important: While still in its nascent stages, the market for VTOL, urban air mobility and flying taxi fleets is heating up. Just last month, even the FAA’s Head of Unmanned Aircraft Systems (UAS) integration, Jay Merkle, stated that six aircraft aimed at urban air mobility applications are “well along” in their pursuit of type certification with the FAA. As VTOL hardware becomes increasingly advanced, how might a future of flying vehicles impact our cityscapes, urban sprawl, real estate prices, or even time abundance? 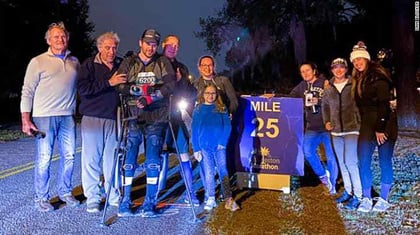 What it is: After a car accident in 2005 caused him severe spinal cord injury, Adam Gorlitsky was paralyzed from the waist down. Yet just a few weeks ago, Gorlitsky completed the Charleston Marathon in 33 hours, 50 minutes, and 23 seconds, claiming a new world record for his time in finishing a marathon in an exoskeleton suit. Using the ReWalk Robotic Exoskeleton, Gorlitsky trained in earnest for about a year, having also attempted the Los Angeles Marathon last March. The first FDA-approved exoskeleton for rehabilitation and personal use in the U.S., ReWalk’s wearable technology provides powered hip and knee motion, and can even allow wearers to climb and descend stairs. Gorlitsky is now on a “One Million Steps Tour,” planning to walk one million steps in road races across the United States.

Why it’s important: Extraordinary proof of abundance, Gorlitsky’s achievement showcases the powerful combination of human resilience and enabling technologies. As both wearable exoskeleton robotics and brain-machine interfaces continue to advance, we will increasingly witness remarkable use cases in rehabilitation and enhanced mobility.

What it is: SpaceX launched its fourth set of Starlink satellites into orbit on Wednesday morning. The goal of the Starlink constellation is to provide reliable and affordable internet to all parts of the world. Used for the third time with this launch, the Falcon 9 rocket core carried 60 additional Starlink satellites into Low Earth Orbit (at an altitude of around 550 km operationally). The booster then returned gracefully to Earth, landing on the Of Course I Still Love You (Autonomous Spaceport Drone Ship) in the Atlantic Ocean. This Starlink mission is the second of 24 planned to lift off in 2020, in pursuit of the company’s ultimate goal to reach 1,584 satellites in orbit by the end of this year.

Why it’s important: In ten years, we may no longer need traditional WiFi. Companies, universities, and municipalities will be able to create their own 5G cellular networks that support billions of IoT devices and connected sensors across their respective regions. Today, cellular networks cost more due to subscription fees and radio installations. Yet SpaceX Starlink satellites are slated to drive down these prices with affordable 5G connectivity. New spectrum auctions are already in the works, such as the Citizens Broadband Radio Services (CBRS) auctions planned for June in the U.S. The next step: developing roaming plans to allow devices to seamlessly connect to these local networks. Even if WiFi isn’t completely phased out, the costs of low-data-rate cellular contracts will undoubtedly decline in the coming years thanks to large-scale satellite projects like Starlink. 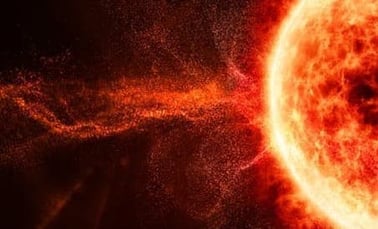 What it is: A team from Ohio State University, led by chemistry professor Claudia Torro, has developed a method for synthesizing hydrogen from sunlight. The process uses a rhodium molecule as a catalyst to store electrons and create hydrogen. “What makes it work is that the system is able to put the molecule into an excited state, where it absorbs the photon and is able to store two electrons to make hydrogen,” said Torro. “To put it simply, we are saving the energy from sunlight and storing it into chemical bonds so it can be used at a later time.”

Why it’s important: The hydrogen production industry is growing at an accelerated rate. Just last year saw a 40 percent increase in shipments, raising total energy production to 1.1GW. Particularly given lithium-ion battery limitations, alternatives in the storage realm will grow increasingly vital for our renewable energy future. In the words of Lancaster University Professor David Antonelli, who developed a technique for cheaper hydrogen fuel tanks last year, “The cost of manufacturing our material is so low, and the energy density it can store is so much higher than a lithium-ion battery, that we could see hydrogen fuel cell systems that cost five times less than lithium-ion batteries, [...] providing a much longer range — potentially enabling journeys up to around four or five times longer between fill-ups.” The ability to produce hydrogen cheaply from solar energy could change the face of energy production, driving a commercial abundance of hydrogen cells.

An AI Epidemiologist Sent the First Warnings of the Wuhan Virus

What it is: Canadian health-monitoring program BlueDot alerted its customers of the Wuhan coronavirus outbreak a full nine days before the World Health Organization (WHO) notified the public. To achieve this foresight, BlueDot’s AI algorithm combs through foreign-language news reports, animal and plant disease networks, and official proclamations to pinpoint a potential outbreak. After epidemiologists confirm the conclusions, clients are immediately notified. Moreover, BlueDot has access to global airline data and can predict when and where the disease will spread. In the case of coronavirus, BlueDot correctly forecasted the virus would migrate from Wuhan to Bangkok, Seoul, Taipei, and Tokyo. The 40-person company, launched by Kamran Khan in 2014, has a track record of success, such as its correct prediction of the Zika outbreak location in South Florida. BlueDot’s reports are sent to public health officials in dozens of countries and major hospitals surrounding outbreak epicenters.

Why it’s important: Bill Gates has expressed his belief that pandemics are one of the largest threats to humankind, and he is not alone. More than 12,000 coronavirus cases have been confirmed in China, doubling since Wednesday. Over 259 people have died, and scientists are racing to develop a vaccine as the disease spreads to sixteen nations. If BlueDot’s alert had motivated travel restrictions sooner, these numbers may have been far more controlled. With machine learning and natural language processing, data can be organized and acted upon with the urgency that infectious diseases require. Algorithms like BlueDot and similar data-driven decision engines will be essential for preserving global population health as networks proliferate.

What it is: UAV manufacturer Doosan Mobility Innovation and hydrogen-fuel service provider ReadyH2 have teamed up to deploy a hydrogen-powered octocopter drone for inspection of a U.S. gas pipeline. The drone is capable of flying over 50 miles for nearly 2 hours of flight time per mission. Organized by public safety drone consultancy Skyfire Consulting, the pilot project will additionally establish procedures for inspecting domestic pipelines over the course of six months.

Why it’s important: As stated by Skyfire CEO Matt Sloane, “Distances like that [of Doosan’s octocopter] are simply not possible on battery technology. We’re thrilled [...] to address a very complex problem of transporting information and items long distances both quickly and efficiently, especially during emergencies and weather issues.” The convergence of advanced drone hardware and hydrogen technology is resulting in impressive new use cases for drones capable of long flight times and extended inspection projects. One significant benefit involves these drones’ usage in emergency response. Just last year, Doosan delivered medical supplies in the U.S. Virgin Islands for over 43 miles by drone. The company’s current pipeline project will function as a simulation for real crises, allowing the group to develop effective alerting and reporting protocols for usage by pipeline companies and public safety agencies.

7 Business Models of the Next Decade