What it is: Researchers at MIT have developed a transparent soft robot out of hydrogel, a tough material made mostly of water. By varying the structure of the gels, the team was able to build several different types of robotic structures, from fins to hand-like designs. Powered only by water pressure, the bots can move fast enough to catch a fish, produce sufficient force to push a ball, and even move slowly and deliberately to support longer-term missions.

Why it's important: Because hydrogels are themselves biocompatible and these bots are powered by water, the medical applications are numerous. Such a robot might more gently manipulate organs during surgery, or complement the biocompatible electronics and drug delivery mechanisms this team has previously developed. In turn, this enables less invasive and safer surgery, as well as never-before-seen devices that blend manipulation with better biomedical sensors and targeted drug or therapeutic delivery. | Join the Discussion

What it is: Researchers at the University of Edinburgh have designed a photocatalytic material that can absorb sunlight and generate high-energy, oxygen-activating electrons in water. Best of all, this material also has the capacity to destroy organic compounds like bacteria. The material is fully solar-powered, which means it could easily be added to plastic to create a cheap water purifier. This recent discovery is seen as one step closer towards helping the 750 million people in the world without access to improved water. A more effective solution, yet also a more challenging one to solve in the long run, would be to purify water before it runs to ground.

Why it's important: This photocatalytic material has the potential to demonetize, dematerialize and democratize access to improved water in parts of the world where water purifiers are too expensive or complex to operate. It's one more example of how technology can make even scarce resources like clean water abundant. | Join the Discussion

What it is: Sebastian Thrun's Artificial Intelligence Laboratory at Stanford has created an AI algorithm capable of diagnosing potential skin cancer as well as human dermatologists. There weren't a lot of well-classified, digital skin cancer images, so the team first created a training set of over 130,000 skin disease images representing over 2,000 different diseases -- each biopsy confirmed by teams at the University of Edinburgh and the International Skin Imaging Collaboration Project. When evaluated on a set of 370 new images, the AI system matched the performance of 21 dermatologists in classifying the images as keratinocyte carcinoma, melanoma, and melanoma classification.

Why it's important: As we continue to see week after week, the power of Artificial Intelligence for medicine continues to grow. Soon, AIs will outperform human trainers at rote tasks. In parallel, imagine a future where point-of-care devices or smartphones can make these initial diagnoses remotely, drastically demonetizing and democratizing medical care. | Join the Discussion

What it is: Elon Musk recently revealed that the Tesla Autopilot team aims for the second generation hardware -- installed in all Tesla vehicles produced since October 2016 -- to reduce crash rates by 90%. If this goal is achieved, that would mean Tesla vehicles would crash, on average, just once for every 10 crashes by vehicles without the company's advanced driver assist system. To put this into perspective, Autopilot's Autosteer feature would reduce the 1.3 crashes per million miles before the feature down to Tesla's lofty goal of only 0.1 crash per million miles after Autosteer. The company's 'Enhanced Autosteer' features more cameras, including Tesla Vision (Tesla's new in-house image processing system), which is projected to play a primary role in this major crash rate reduction.

Why it's important: Last July Peter wrote about the Upside of Tesla's Autopilot, and that with every single mile driven, the cars get safer and safer. Now just 7 months later, Tesla's Autopilot feature has the potential to reduce crash rate by 90%. Any previous skepticism towards automakers using new technologies like robotics and AI can now look at the data and rest assured that Tesla's second generation hardware is becoming safer by the minute and mile. | Join the Discussion

What it is: This BBC article profiles GreyOrange, India's largest robot company. Founded in 2008 by Samay Kohli and Akash Gupta, GreyOrange has two robots, Butler and Sorter, that can sort 3 million packages per day. Today, about 350 million of India's citizens are online, and Worldpay projects this figure to double by 2020. This market spends some $63.7 billion online per year -- and 90% of the warehouse automation segment belongs to GreyOrange. "Ten years ago, every person did not have a computer, today every person has one computer," Kohli told the BBC. "We look at robots in that sense: as everyone has one computer, in the future they will have one robot with them to help them do their work better. It's a trillion-dollar opportunity, that's the space we're fighting in.''

Why it's important: Collaborative robots will dramatically increase productivity in warehouses and manufacturing facilities. Soon, we'll see robots commanding dozens of other professions where accuracy and patience are key. GreyOrange also demonstrates how emerging technologies like robotics are being developed all over the world -- not just in traditional tech hubs around the world. | Join the Discussion

China Showers ¥1.15b On Rainmaking Project For Parched Northwest

What it is: In one of the largest government efforts to modify the weather, China's NRDC and Meterological Association have approved 1.15 billion yuan to cloud seed and increase rainfall in China's Northwestern Region. The NRDC plans to buy four new planes, upgrade an additional four, create almost 900 rocket launch devices, and connect another 1,856 digital devices to digitally control the systems.

Why it's important: In addition to those efforts designed to relieve drought and reduce the risk of forest fires, China has also been using cloud seeding to "clean up" air pollution in major cities. As these weather modification efforts continue, we'll gain new insights into how clouds and weather patterns form, new ideas for combating climate change, and even technologies for terraforming other planets as we move beyond our current gravity well. | Join the Discussion

What it is: Leveraging blockchain, the technology underlying bitcoin, Abundance 360 member and Votem CEO Pete Martin successfully and securely tallied almost 2 million votes without interference for the Rock and Roll Hall of Fame. With votes coming from all 50 states, D.C., and over 100 countries, the vote is the largest use of blockchain for voting to date. In an effort to expand into government voting, Votem is first tackling U.S. military and overseas voters where online voting is already approved and being adopted, then working to more progressive state and local agencies to begin adoption in the U.S.

Why it's important: While we continue to see bitcoin values increase, it's important to remember that blockchain technology enables far more than purely digital currency. Hacking aside, voter turnaround is perennially low, and well-intentioned voters face obstacles that range from power outages to transportation issues and misplaced paper ballots. Imagine the implications of removing those obstacles -- how many more issues could be opened to the public? How many highly controversial issues designed purely to encourage voter turnout would go away? | Join the Discussion 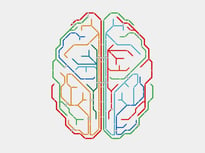 What it is: This Wired article covers how, due to apparent weaknesses in neural networks, tech companies around the world are starting to shift the way they think about AI -- which some are describing as "the rise of the Bayesians." This method of starting with a hypothesis and updating it based on data counters how neural networks function. One level of this method, Gaussian process (GP), is a way of finding the optimal solution to specific problems. Neural networks sometimes suffer from the "confidence error" problem, so by using GP in identifying uncertainty, this sort of optimization can help address such errors.

Why it's important: Peter recently listed The March of Artificial Intelligence as one of the Top 10 Tech Trends Transforming Humanity today -- and deservingly so. The advanced development of AI is a massive opportunity for humanity. The speed and accuracy of AI's predictions, calculations, and solutions can help us fundamentally solve the planet's grandest challenges. | Join the Discussion