In this week's Abundance Insider: Biohybrid beings, mine-hunting drones and an Alzheimer’s vaccine.

In this week's Abundance Insider: Biohybrid beings, mine-hunting drones and an Alzheimer’s vaccine.

What it is: Scientists from Harvard, the University of Michigan, Stanford and the University of Illinois have created an artificial ray with a soft, 3D printed rubber body, a 3D printed gold skeleton, and muscular circuitry composed of rat heart cells that were genetically modified to contract in response to light. "Our ray outperformed existing locomotive biohybrid systems in terms of speed, distance traveled, and durability (six days), demonstrating the potential of self-propelled, phototactically activated tissue-engineered robots," the study's authors wrote.

Why it's important: This development takes us one step closer to highly specialized biohybrid beings -- imagine artificial worms that could hunt and consume cancer cells, or lifelike soft robots. (Bonus: For another biohybrid robot announced this week, check out this robot sea slug.) | Join the Discussion

What it is: The Renegade pen is a $99 3D printing pen currently raising funds on Kickstarter that uses recycled household plastic (think bags, plastic bottles and files) as well as standard plastic filaments. Daniel Edwards created Renegade to help cut down on plastic waste and decrease the barriers to 3D prototyping for mainstream users.

Why it's important: This design makes it cheaper and easier for enthusiasts and amateurs to try their hand at 3D prototyping and additive manufacturing, with the added benefit of reducing household plastic waste. | Join the Discussion

Mine-Hunting Drone Could Make the World a Safer Place

What it is: Entrepreneur Massoud Hassani has just revealed the latest prototype of his Mine Kafon Drone, which specializes in finding and destroying landmines with its onboard tools. The drone's camera first creates a 3D map of the area, then rescans it with a metal detector and notes GPS coordinates of any detected mines before returning back to home base. After the drone operator swaps out the metal detector for a gripper, the drone returns to each detected mine and sets explosives on it for remote detonation.

Why it's important: Hassani says that the prototype will be 20 times faster, far less expensive, and far safer for humans and animals than traditional approaches like human or canine crews. He's now working on making his system completely autonomous -- which, if successful, will help us eradicate the estimated 100 million buried landmines worldwide. | Join the Discussion

What it is: Australian and U.S. scientists at Adelaide's Flinders University have created what may be the world's first dementia vaccine, and human trials could begin in the next two to three years. The International Business Times reports that the vaccine "targets tau proteins and abnormal beta-amyloid that cause Alzheimer's," preventing and reversing early stages of the disease. "Essentially what we have designed is a vaccine that makes the immune system produce antibodies and those antibodies act like tow trucks so they come to your driveway, they latch on to the breakdown protein or car and they pull it out of the driveway," explained Flinders University medicine professor Nikolai Petrovsky.

Why it's important: According to the World Health Organization, dementia-related illnesses and care have a total global societal cost of $600 billion per year. If effective, this vaccine could completely eliminate the 7.7 million new cases of dementia we see every year. | Join the Discussion

Ford's Genius Co-Bots Can Build Cars, Make Coffee, and Even Give Massages

What it is: Ford Motor Company's assembly plant in Cologne, Germany is conducting a trial of human-robot teamwork. Ford's "co-bots" primarily work alongside human workers to install shock absorbers on Ford Fiesta vehicles, but they also can be programmed to perform activities like giving massages or making coffee.

Why it's important: Installing shocks in vehicles is a laborious, precise process -- one much better suited for a robot than a human. This Ford trial is one of many early examples of human-technology teamwork in the workplace, where robots not only do unpleasant jobs, but also perform activities that improve their human companions' lives. | Join the Discussion

What it is: Scientists from the Technical University of Delft have created the world's tiniest hard drive by manipulating single atoms. The atomic hard drive has a storage density 500 times that of current technology -- as an example, a postage-stamp-sized atomic drive could store every book on the planet.

Why it's important: The researchers described their invention as the "atomic-scale printing press." They've proven that it's possible to write, store and read data at the atomic scale -- and because this particular technique is scalable, easily automated and reliable, it's an especially exciting approach to data storage. | Join the Discussion

What it is: Thanks to a GMO mosquito called Friendly™ Aedes, dengue fever cases have dropped 91% in the 5,000-person CECAP/Eldorado district of Brazil since April 30, 2015, when the mosquitoes were released. The male Aedes aegypti mosquito doesn't bite or transmit disease; when it mates with wild females, their offspring inherit a fluorescent marker and a self-limiting gene that causes death before adulthood. As a result, the Aedes mosquitoes -- and their offspring -- die off without leaving an ecological footprint.

Why it's important: Genetically modified insects have already been a promising weapon in our fight against malaria. This GMO mosquito and its ilk could end dengue fever and other mosquito-borne illnesses in a matter of years. | Join the Discussion

Nanotech Sunscreen Binds to Your Skin, But Doesn't Seep In 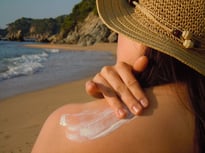 What it is: Yale University dermatologist Michael Girardi has created a nanotech sunscreen that binds to proteins on your skin cells until you wipe it off with a towel. Commercial sunscreen absorbs into the skin, or washes off with water or sweat; Girardi's approach involves coating padimate 0, a UV-absorbing chemical, with a biodegradable nanoparticle polymer that prevents skin absorption.

Why it's important: Some cell culture studies have found that sunscreen chemicals may bind to internal hormone receptors. This nanoparticle sunscreen will reduce people's risk of chemical exposure while also protecting them from harmful UV rays. | Join the Discussion

Unlimited Olympics... Would You Watch It?