What it is: OpenAI, a research project led by Elon Musk and Sam Altman, built and trained a team of Artificial Intelligence agents that can beat the top 1 percent of players at DOTA, a massive online strategy game. The AIs were trained under very narrow conditions, particular to a dumbed-down version of DOTA2. What’s especially cool about this OpenAI bot is that it learned to play DOTA with long-term strategy — winning hourlong multiplayer games.

Why it's important: These same types of artificial intelligence can be used to solve complex real-world problems that are similar to video games, like managing transportation infrastructure. It takes 12,000 to 20,000 hours to become an expert. With training speeds of up to 180 years of training per day, an Artificial Intelligence can achieve expertise in just over 100 hours of training. This event showcases the power of an AI to perform tasks dramatically more efficiently than humans, and evolve infinitely faster. | Share on Facebook

What it is: Researchers from the University of Oxford’s Nuffield Department of Clinical Neurosciences have created the first robotic system, PRECEYES, to operate on a human eye. Inserting the robot just under the pupil via an incision less than 1 mm in size, the surgeon then operates it via a joystick, which eliminates the inevitable hand tremors that even the best surgeons cannot avoid. The robot conducted two routine procedures -- removing a membrane from the retina and dissolving hemorrhages under the retina -- and in both cases, the result was as good or better than unassisted surgery.

Why it's important: From dental implants to the da Vinci system, many robotic surgeons under development are beginning to perform as good as (or better than) the world’s best human surgeons. Not only should this improve outcomes and drive down cost, look for this to democratize access to procedures which were previously thought impossible. | Share on Facebook

What it is: IBM’s AI system Project Debater recently engaged in live public debates with humans for the first time ever. Facing 2016 Israeli national debate champion Noa Ovadia, Project Debater debated the question of whether “we should subsidize space exploration.” Mastering the formalized debate structure (entirely unscripted) on a challenging and controversial topic, IBM’s AI won over a majority of audience members, who thought Project Debater enriched their knowledge more than its human counterpart. Progressing to a second debate against debate expert Dan Zafrir, Project Debater continued to provide strong evidence within topics on which it had never been trained, a major indication that we are moving towards AI systems that can tackle complex issues without prior screening.

Why it's important: Project Debater marks an extraordinary leap towards several goals in AI: mastering language, data-driven speech writing and delivery, nuanced listening comprehension to boil down long chunks of speech into key claims, and modeling complex human dilemmas. Now able to learn across myriad disciplines, Project Debater can screen and select evidence with remarkable accuracy to help us build strong arguments and make well-informed decisions. This ability to navigate a messy, unstructured world is a major jump from AI systems that use predefined rule sets to master various board games. As Project Debater progresses, it may soon assist us with everything from evaluating a financial thesis to presenting evidence-based pros and cons for government policies. | Share on Facebook

What it is: Scientists from Johns Hopkins University have developed an electronic skin, or “e-dermis,” that can fit over a prosthetic hand. Built with two layers that together mimic receptors in our body, this engineered skin captures a range of touch sensations, including the complex feeling of pain. Working with an amputee volunteer, researchers applied electric pulses to stimulate the participant’s nerves, as he offered feedback on sensations in his phantom hand. Researchers then used these stimulation patterns to provide sensory feedback to the volunteer’s brain as he interacted with different objects using his prosthetic hand.

Why it's important: Touch is a highly complex sense made up of many components, including pressure, vibration and temperature, and over a dozen different channels are required for perceiving it. For about a decade, researchers have attempted to crack the code on the neurophysiology behind touch and how to apply this research to clinical uses. Now, we can finally begin to grant sensory experience to patients with a range of prosthetics. The ability to sense pain could be useful for robots, allowing them to distinguish objects that are potentially damaging as they interact with the physical world. | Share on Facebook 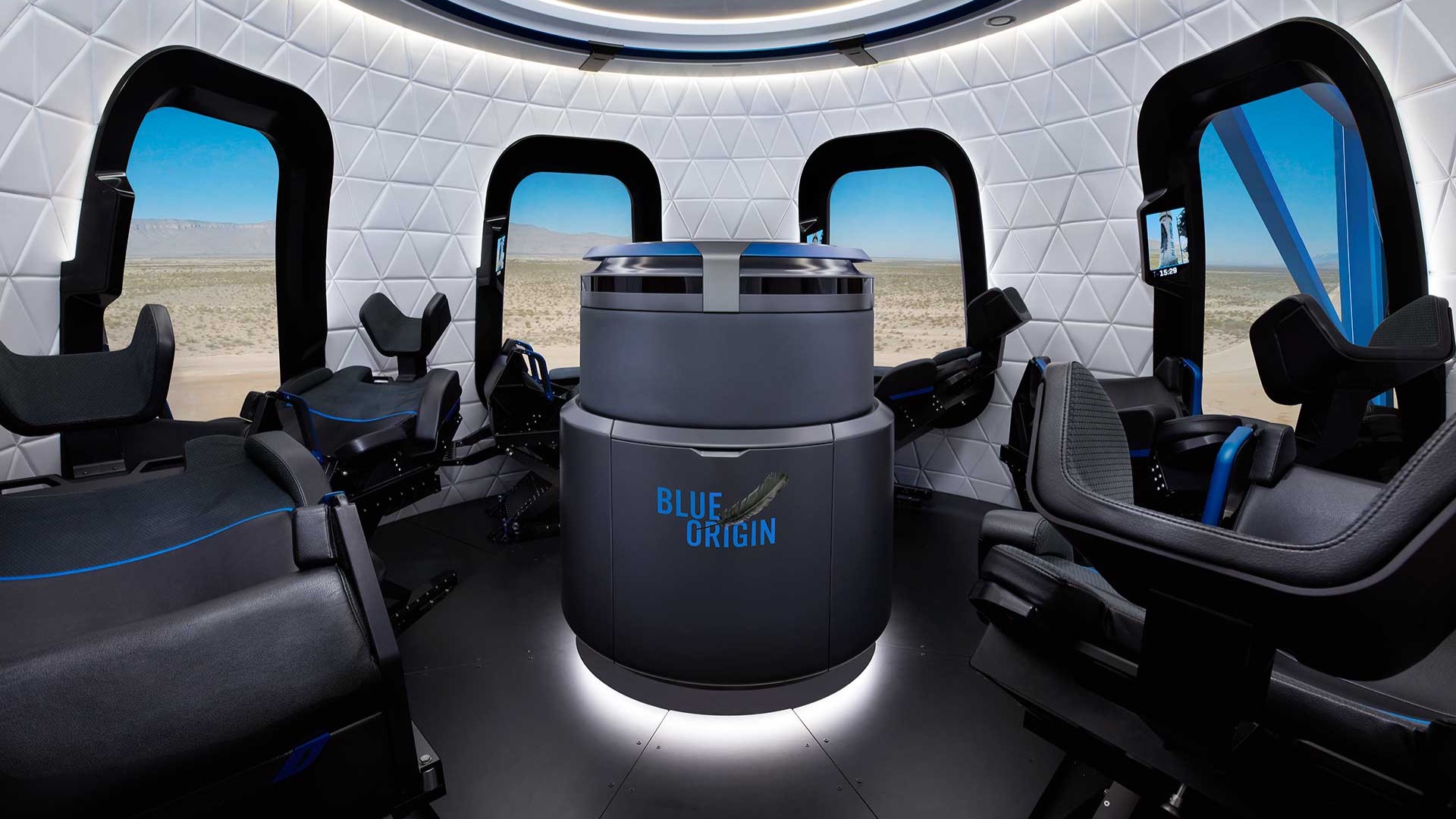 What it is: Blue Origin, one of the biggest players in the new commercial space race, announced that its New Shepard launch vehicle will be open for commercial ticket sales in 2019. Beyond announcing their planned manned flights and 2019 sales target, details on pricing and the experience are scant.

Why it's important: 2018 has already been a huge year for commercial spaceflight, with successful tests from SpaceX and Virgin Galactic, and now this accelerated timeline from Blue Origin. This represents a fraction of a percent of what the next five years will hold in commercial spaceflight. Soon, we'll see regular passenger rides to space, an economy form around space tourism, and the advent of space industrial activities like manufacturing. | Share on Facebook

What it is: In New South Wales, Australia, a biohacker named Meow-Ludo Disco Gamma Meow-Meow recently had his conviction overturned for implanting an Opal metro chip into the back of his hand. Transport authorities claimed that because he wasn't able to present his ticket to officers when asked, he had violated the terms of service. The Judge disagreed, arguing that he was not tampering to avoid payment.

Why it's important: As new technologies empower people to create and experiment in previously unanticipated ways, we'll see a variety of legal and social conundrums like this emerge. Linear systems like government legislation are clashing with exponential technologies and tools. How will regulations, service-level agreements and terms of service keep up with the pace of change? | Share on Facebook