In this week's Abundance Insider: Delta embraces exoskeletons, gene therapy for blindness, and $10,000 3D-printed homes that can be built in a day.

What it is: After decades of work and trials, the first FDA-approved gene replacement therapy for a person with an incurable inherited genetic disease was recently administered at Massachusetts Eye and Ear. Dubbed Luxturna, the therapy is designed to replace the mutated RPE65 gene in the retina, which over time fails to produce the proper proteins required for clear vision. By inserting synthetic genes into a virus already commonly found in the eye and placing the virus into the retina, the therapy replaces the poorly functioning genes, with the hope of restoring the 13-year-old patient’s vision in about a month.

Why it's important: The current cost of therapies like Luxturna are high, at $425,000 per eye, but look for that to drop as the R&D efforts are increasingly digitized and we begin to better understand the long-term risks of these treatments. What if gene therapy can help reverse blindness for good? | Share on Facebook

Delta May Outfit Some Employees With 'Wearable Robotics'

What it is: Delta Air Lines will soon begin experimenting with exoskeletons. The airline company recently joined the Exoskeleton Technical Advisory Group (X-TAG), whose mission is to determine the optimal way to integrate industrial exoskeletons into the workforce. The Guardian XO robot is capable of repeatedly lifting and supporting up to 80 pounds without fatigue or strain for up to a four-hour work session. Delta has previously worked with the U.S. Customs and Border Protection on integrating biometric-based self-service bag drop and optional facial recognition boarding tests.

Why it's important: Exoskeletons grant their wearer superhuman powers and better injury protection. How long until exoskeletons are considered mandatory personal protective equipment in industries like construction, farming and maintenance? | Share on Facebook 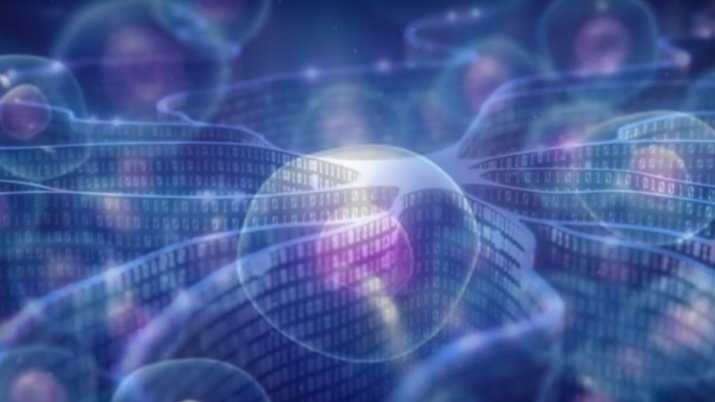 What it is: A team from ETH Zurich and the University of Basel have made a big step forward in the development of biocomputers, which are essentially computing with living biological systems. While there have been many experiments with DNA computing and other simple systems, this team believes they are the first to develop a fully functional circuit capable of processing logic gates. By culturing nine distinct 3D cell populations, each altered to respond to just one biochemical system, the team can create full adder calculations and even rearrange the cells to perform different calculations.

Why it's important: As a biological system, when fully refined these biological computers are inherently biocompatible and enable opportunities to detect, diagnose and repair living systems. Coupled with advancements in DNA storage, hydrogels and soft robotics, just to name a few, radical healthy life extension seems inevitable. | Share on Facebook

What it is: At SXSW 2018, construction startup ICON and housing nonprofit New Story revealed a 3D-printed, 650-square-foot house that can be printed in under 24 hours for under $10,000. In developing countries, the New Story says equivalent homes could be built for just $4,000 apiece. This Singularity Hub article features an in-depth look at New Story and ICON's mission to end homelessness.

Why it's important: "With 3D printing, you not only have a continuous thermal envelope, high thermal mass, and near zero-waste, but you also have speed, a much broader design palette, next-level resiliency, and the possibility of a quantum leap in affordability," said Jason Ballard, ICON’s co-founder. "This isn't 10 percent better, it’s 10 times better." | Share on Facebook 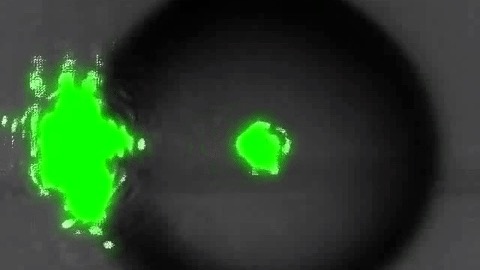 What it is: Steven Arnold, Professor of Applied Physics and NYU, first discovered what he named Whispering Gallery Mode (WGM) biosensors in 1995. Think of these as optical fibers able to excite a micro-bead about 1/3 the size of a human hair. In subsequent discoveries, he and his team have been able to refine these systems to measure the mass of viruses, nanoparticles, and proteins down to 6 zepto-grams (6 x 10^-11) by looking at the change in the light's intensity and resonant frequency. Now, they’ve taken this a step further to measure the charge of a particle orbiting the sensor. This opens up possibilities ranging from detecting toxins at a distance, better understanding the mechanisms by which antibodies attach to viruses, and now possibly manipulating particles remotely.

Why it's important: A key attribute of WGM sensors is the ability to measure particles without destroying them, meaning this enables a better understanding of biology, toxins, and drug delivery. It also eliminates the need for assays and should also drive down the cost of measurement. Keep an eye on this space as measurement, particularly real time, often leads to new discovery. | Share on Facebook

What it is: The executives behind the Ripple cryptocurrency have made a $29 million donation to DonorsChoose.org -- enough to fulfill almost every request on the website. DonorsChoose.org lets teachers create crowdfunding projects to fund specific classroom project requests -- think new books, field trips or technology. "As a company, we're focused on removing the friction from cross-border payments to promote more inclusion and accessibility within the global economy," reads the Ripple announcement. "DonorsChoose.org applies the same principles of inclusion and accessibility to education."