What it is: Most virtual reality cameras capture a static scene in 360 degrees, which presents two limitations: you can't navigate within a scene, and the crew on set will almost always be in the shot. The new Lytro VR camera lets users move around within the experience (i.e. moving your head will let you get closer and further away from an object in a scene) and can be operated remotely, so the crew remain out of the shot.

Why it's important: While the Lytro camera will revolutionize how VR footage is captured in the short term, it's also got promising potential for super-realistic video games and other media experiences. "We're capturing all the depth and the 3D geometry of the real world, so compositing computer-generated objects...becomes much easier than it's ever been before," explains Lytro CEO Jason Rosenthal.

What it is: Here's a new and amazing application of graphene that enables massively advanced night vision goggles. Researchers at MIT, Harvard and the Army Research Laboratory have developed an advanced device by integrating graphene with silicon microelectromechanical systems (MEMS) to make a flexible, transparent, and low-cost device for the mid-infrared range.

Why it's important: Breakthroughs in material sciences are key for the next decade, and will affect sensors, robotics and 3D printing, creating new and magical capabilities. Infrared imaging is just one example, but it's a critically important one. Humans only see a minute portion of the spectrum. Seeing in other bands will enable us incredible powers that will impact emergency response.

Vertical Seaweed Gardens Let Us Feed Ourselves From Overfished Oceans

Why it's important: Another example of an entrepreneur transforming scarcity into abundance. GreenWave has created a sustainable aquaculture practice that provides food and essential everyday goods while also cleaning our oceans.

Transformative Touch Interface ID's Any Object in Your Hand

What it is: Disney Research is working on robust on-touch object detection by modifying a small, inexpensive, software-defined radio to pick up on the trace amounts of electromagnetic signals that most electrical and electromechanical objects emit. When a user wears the EM-Sense sensor -- say, on a smartwatch -- it detects any object the user touches, from door handles to laptop trackpads and drills.

Why it's important: When you can digitize touch and tactile sensation, you enable a multitude of new human capabilities. Imagine office doors or specialized equipment that only operate on the touch of an authorized employee (as verified by his/her touch and paired smartwatch).

What it is: Google has made one of its core creations, an Artificial Intelligence tool called TensorFlow, open source. TensorFlow relies on graphics processing units, or GPUs, which were originally designed to render graphics for games -- a significant shift from systems that run on traditional computer processors, or CPUs.

Why it's important: Open-source accelerates technological progress. By open-sourcing the TensorFlow AI engine, Google dematerializes its machine learning research and demonetizes access to artificial intelligence. Now, anyone with a smartphone can begin training AI models.

Create Your Own 3D Printed Walking Robot, No Engineer Needed

What it is: Disney Research and Carnegie Mellon University have created a new DIY tool that allows people to customize their own 3D printed walking robots. The intuitive editing tools automatically generate 3D printed parts that enable you to alter the robot's structure and motion without compromising the robot's ability to walk effectively.

Why it's important: Historically, only experienced engineers could build a functioning robot. This interface enables any maker or enthusiast to create a personalized robot that looks, walks and behaves exactly as you desire. With Disney's involvement, expect to see truly personalized DIY robots easy enough for a child to configure and create at home.

Fastest 3D Printed Drone Flies at Up to 150 MPH

What it is: Aurora Flight Sciences and Stratasys Limited recently unveiled the first 3D printed, jet-powered aircraft. Weighing in at 33 pounds, the drone travels at speeds up to 150 mph, making it the fastest 3D printed drone to date. What's more, the build time for this drone was 50 percent less than that of Stratasys' previous projects.

Why it's important: The convergence of 3D manufacturing and unmanned aerial vehicles enables us to locally create drones and drone parts on an as-needed basis. 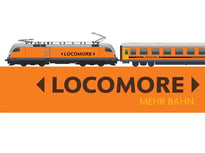 What it is: Locomore is a new open-access passenger service that will run between Berlin and Stuttgart significantly faster than a long-distance bus. It will run on renewable energy and have fair trade catering onboard, but what's most interesting about Locomore is that a large portion of its €450,000 in startup costs will come via crowdfunding.

Why it's important: Most public works are funded by the government and subsidized by taxpayers. This crowdfunded model not only covers startup costs, but also enables supporting passengers to participate in profit-sharing and even get tickets via microloan.

What it is: Data analytics firm Orbital Insight is partnering with the World Bank to quantitatively measure global poverty using satellite imagery and artificial intelligence. Historically, governments and developed organizations have measured poverty through door-to-door surveys, and the World Bank says that over 50 countries lack legitimate poverty estimates -- which in turn hampers support efforts.

Why it's important: We're moving towards a world where we'll be able to see high-res images of every inch of the planet. Combine this data with artificial intelligence, and we have better decision-making insights than ever before on everything from business and policy to resource management and disaster response.

What it is: Researchers from Washington University have developed a nanoparticle spray using zinc oxide and titanium oxide that boosts tomatoes' nutritional value. Instead of genetically modifying the plant, the nanoparticles boost the plant's built-in growth mechanisms, helping it absorb more sunlight and better use ground minerals. Treated tomato plants produced 82 percent more fruit than untreated plants, and the tomatoes themselves had up to a 113 percent increase in the antioxidant lycopene.

Why it's important: This promising application of materials science shows how we can produce more food without using more resources like water or energy. The Washington University researchers plan to iterate this spray by adding all 17 elements that a plant needs to grow, according to Digital Trends.