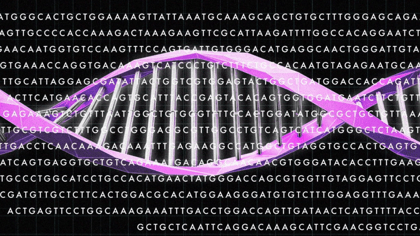 What it is: Researchers at the Broad Institute of MIT and Harvard have now developed a new gene-editing technique called “prime editing.” Built upon the foundations of CRISPR technology, prime editing has the expected potential to correct up to 89 percent of genetic defects, including those responsible for diseases like sickle cell anemia. By combining the traditional CRISPR-Cas9 approach with a protein that can generate new DNA, prime editing can thereby both snip DNA strands and transfer edited sequences to target DNA, allowing scientists to delete and replace whole sections of DNA strands.

Why it’s important: Single point gene mutations constitute roughly two-thirds of known human genetic variants associated with disease. As a result, effective gene editing techniques—once perfected—could correct mutations and wipe out a number of debilitating conditions. As explained by one of the authors of the study, Andrew Anzalone, “The versatility of prime editing quickly became apparent as we developed this technology [...] The fact that we could directly copy new genetic information into a target site was a revelation.” Now refining the new prime editing technique, Broad Institute’s scientists hope future iterations of CRISPR could target everything from obesity to Alzheimer’s to some of today’s most vexing genetic maladies. | Share on Facebook.

What it is: NASA has recently teamed up with autonomous construction vehicle manufacturer Caterpillar to develop machines for excavating and mining the Moon. The two have long collaborated on robotics projects, but it is the autonomous capabilities of Caterpillar’s vehicles that make the company uniquely positioned to develop technology for NASA's lunar exploration programs. According to NASA spokesperson Clare Skelly, “there are many synergies between what NASA needs to meet exploration goals and Caterpillar technologies used here on Earth.”

Why it’s important: On the heels of revived interest in lunar exploration and the goal of establishing a lunar base, NASA has been heavily pursuing methods to make tasks easier for astronauts. Given multiple hazards associated with navigating the lunar surface, semi-autonomous vehicles could minimize dangerous construction work done conducted directly by astronauts. Once validated and fully autonomous, Moon-mining machines might one day provide a continuous supply of raw materials, from dust to water, for NASA’s proposed lunar outpost. | Share on Facebook.

What it is: Tesla has just launched its third-generation Solar Roof for residential home use. Planning to start installations in the coming month, the company is now aiming for a production rate of up to 1,000 new roofs per week. Long a work in progress, Tesla’s Solar Roof is designed to double as both an aesthetically appealing roof tile and set of home power-generating solar panels with high surface area coverage. While the installation process remains “very non-trivial,” according to Elon Musk, Tesla hopes to gamify consumer installation learning through ‘installathons’ and is investing in R&D to lower this critical barrier.

Why it’s important: Although individual tiles’ power-gathering cells are still less energy-efficient than traditional solar cells, version three of the Solar Roof well exceeds the energy-generating capacity of similarly sized roofs retrofitted with traditional tiles, on balance. Furthermore, V3 marks a tremendous improvement over previous iterations of the Solar Roof, and Musk forecasts a total addressable market of up to 100 million households globally. As installation procedures plummet in complexity and cost, and solar continues to demonetize, self-sustaining and energy-efficient residences could fast become the norm worldwide. 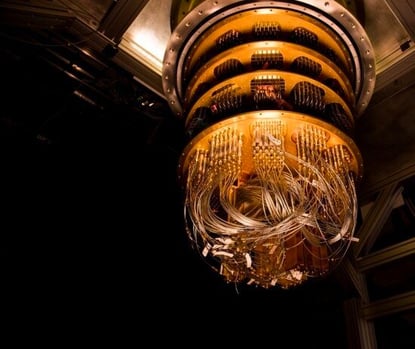 What it is: Google’s quantum computer, Sycamore, has just claimed “quantum supremacy” after completing a computation that would normally take 10,000 years on the most powerful supercomputers, in just 200 seconds. Led by experimental physicist John Martinis at UC Santa Barbara, the Google team published its feat in Nature magazine this week. Instead of traditional semiconductor computers, which store data in 1s or 0s, quantum bits (qubits) can exist in a third superposition state of both 0 and 1 simultaneously. With more degrees of bit variability, quantum computers can thereby perform exponentially more calculations per second than traditional computers. Quantum entanglement, described by Einstein as “spooky action at a distance,” then allows computers to measure entangled qbits at the same time. As Google’s Sycamore contains 54 qbits capable of storing over 10 quadrillion combinations of values, the tech giant now boasts the potential to tackle computational problems inconceivable in the past.

Why it’s important: While real-world applications of quantum computation may lie further on the horizon, Sycamore’s scientific achievement is a tremendous milestone for the many companies investing in this space already. In just the last two years, about US$400 million has been channeled towards private quantum-related firms—doubling investment figures of the past five years. Intel and IBM have demonstrated processors similar in scale to that of Sycamore, yet error-checking remains an issue for all three. Moving forward, Google aims to implement full error-checking once it can create processors with at least a million qubits. Currently, however, a second Google team is exploring how Sycamore-like computers can develop machine learning algorithms that generate realistic images. Meanwhile, competitor IBM offers quantum cloud access to partners such as drugmaker Merck. Even Airbus Ventures has invested in quantum startup IonQ, which may eventually aid in aircraft physics simulations. Spanning countless applications, the long-term vision of early investors in quantum computing will pay off sooner than you might think. | Share on Facebook.

Abundance 360 is a curated global community of 360 entrepreneurs, executives, and investors committed to understanding and leveraging exponential technologies to transform their businesses. A 3-day mastermind at the start of each year gives members information, insights and implementation tools to learn what technologies are going from deceptive to disruptive and are converging to create new business opportunities. Learn more and apply here.