In this week's Abundance Insider: Mixing cement in space, Facebook's initiative to battle deepfakes, and a new candidate for targeted cancer therapy.

A prosthetic leg that can sense touch makes it easier for amputees to walk. 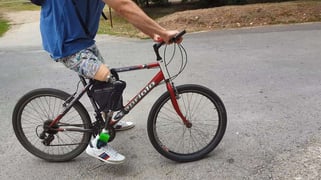 What it is: Researchers from ETH Zurich and the Universities of Belgrade and Freiburg have made it easier for above-the-knee leg amputees to “feel” surfaces again, putting them on surer footing and eliminating phantom limb pain. To do so, the team embedded sensors at the knee and sole of a prosthetic leg, further implanting four intra-neural electrodes into the residual nerves of the wearer’s thighs. Next up, algorithms were used to convert prosthesis sensor data into electrical signals. With sufficient training, patients were ultimately able to translate these signals into real-time sensory data, whether of motion in the knees or feet touching the ground. After just a 3-month trial, both volunteers found the process of walking with neurofeedback far less physically and mentally demanding than with conventional prosthetics. While one of the volunteers reported an 80 percent reduction in phantom limb pain, the other found it entirely eliminated by the end of the trial.

Why it’s important: Every year, about 185,000 lower extremity amputations are conducted in the U.S. alone. Yet beyond phantom limb pain and drastically reduced agility, amputees are exposed to 2.2 times higher risk of death from cardiac events than the average population. On a technical level, this breakthrough represents the first attempt at embedding sensors in prostheses for above-the-knee amputees— a far more challenging feat than below-the-knee cases given higher motion data requirements. As connected sensors, machine learning, advances in computation, and BCI converge in remarkable new ways, the age of neurally-linked and agile prosthetics is right around the corner. | Share on Facebook. 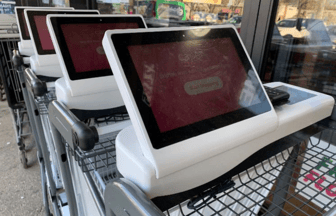 What it is: Charging ahead with its AI-enabled self-checkout shopping carts, grocery cart startup Caper has now secured $10 million in Series A funding. An alternative to Amazon Go, Caper leverages computer vision and sensors in a futuristic shopping cart that allows users to effortlessly scan items as they drop them in. Yet as Caper requires no retrofitting of retail stores with smart sensors and artificial intelligence technology, the startup’s shopping equipment can be easily rolled out (no pun intended) at countless grocery chains given the low accompanying costs.

Why it’s important: As sensors and computing power plummet in cost, and multi-purpose AI services permeate retail equipment, it is now easier than ever before to make marketplaces smart, personalized, and highly adaptive. As a result, scanning technologies and retailer-collected consumer data will begin to save buyers both time and decision fatigue. In the process, new markets—principally, cybersecurity and IoT—will skyrocket in importance. Not only will retail spaces require data protection layers for user privacy, but IoT networks for streamlined online-merge-offline (OMO) experiences. | Share on Facebook.

Astronauts make cement in space for the first time. 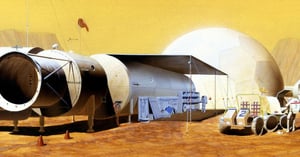 What it is: Astronauts aboard the International Space Station (ISS) have now successfully mixed cement off the Earth, studying microgravity’s effect on materials construction. Examining concrete’s potential use in space colony infrastructure, the ongoing Microgravity Investigation of Cement Solidification is the first to determine how cement in microgravity leads to unique microstructures. Demonstrating several prominent differences from cement samples processed on Earth, the researchers’ spacefaring cement was more porous. Yet further study has yet to determine how the material’s microstructure in low-gravity environments will affect the strength of concrete.

Why it’s important: One of the best candidates for space colony infrastructure, concrete is a highly sturdy building block that could protect future Martians or Moon-trotters from extreme temperatures and radiation. Yet perhaps one of concrete’s greatest advantages involves cost and flexibility: if cement can indeed behave properly in low-gravity environments (as is being studied on the ISS), this key ingredient could be mixed with rocks and dust on Mars, or lunar regolith (i.e. moon dust). On the heels of concrete’s successful production in microgravity, we might one day source our building materials from space, constructing the first-ever extraplanetary shelters at far lower cost. | Share on Facebook.

Facebook is Challenging Researchers to Build a Deepfakes Detector.

What it is: Facebook’s AI engineers are now teaming up with researchers from Microsoft and prominent academic institutions in a “Deepfake Detection Challenge.” While current methods can identify forged media, tedious vetting is often required by human experts, and automated tools for catching deepfakes are only just appearing. In an effort to counteract these deepfakes (think: videos of forged politician speeches you’ve likely seen on the Internet), Facebook is building an extensive data set of highly realistic fake videos of its own. Featuring paid actors doing routine tasks and speaking on neutral topics, these clips are used to test deepfake detection tools that can distinguish real footage from falsified audiovisual data. By pooling expertise and granting a prize to the winning team, Facebook is maximizing the AI research community’s upper hand against deepfakes and misinformation.

Why it’s important: More convincing than ever before, deepfakes are beginning to pose severe consequences— eroding our trust in online media, or possibly even prompting disputes and counterattacks in response to misinformation. As advances in machine learning give way to far more realistic image and video manipulation, some of which target real-life individuals, our ability to automatically flag and block fakes is more vital than ever before. At a macro scale, Facebook’s creation of benchmarks could even expand far beyond deepfakes, providing every user with transparency on news quality, media truthfulness, and countless other criteria. | Share on Facebook.

Precious metal flecks could be a catalyst for better cancer therapies. 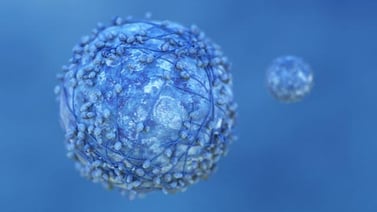 What it is: A team of researchers at the University of Edinburgh and Spain’s Universidad de Zaragoza have now developed a way to target cancer cells with fragments of palladium. A key metal ingredient in motor manufacturing, electronics and the oil industry, palladium has long been a research candidate for aiding in cancer treatment. Yet until now, researchers have had no way of delivering minute fragments of the metal to affected areas. As a result, the team turned towards exosomes: bubble-like pouches that transport proteins and genetic material between cells. By creating artificial exosomes derived from lung cancer and glioma-associated cells, the researchers built a molecular shuttle system that could deliver palladium catalysts to primary tumors and metastatic cells. Once inside the cell membrane, these palladium fragments can then activate chemotherapy drugs, destroying cancer cells from within.

Why it’s important: In a remarkable win for cancer research, the researchers’ success proves that artificial exosomes can act as biological Trojan horses, delivering aggressive cancer therapeutics without harming healthy cells. As explained by Universidad de Zaragoza Professor Jesús Santamaría, “This has the potential to be a very exciting technology. It could allow us to target the main tumour and metastatic cells, thus reducing the side effects of chemotherapy without compromising the treatment.” As new methods of targeted drug delivery enter the testing phase, our ability to treat disease without compromising patient health will be a key driver in extending the human healthspan. | Share on Facebook. 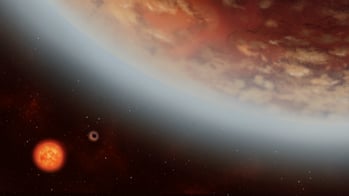 What it is: A super-Earth about 111 light-years away from our planet, K2-18b has now been found to contain water vapor in its atmosphere. Falling within what’s known as its star’s habitable zone, the exoplanet exceeds 8 times the mass of Earth. While current models predict an effective temperature of -100 to 116 degrees Fahrenheit, K2-18b might even have an equilibrium temperature comparable to that of our own planet, if as reflective as Earth. To determine these stats, astronomers used years of Hubble Space Telescope data to monitor K2-18b’s transits around its sun, examining how the star’s light shines through the exoplanet’s atmosphere. Determining visible signs of water vapor, which absorbs near-infrared light at specific wavelengths, two separate teams independently confirmed the finding.

Why it’s important: As explained by University College London astronomer Angelo Tsiaris, “This is the only planet right now that we know outside the solar system that has the correct temperature to support water, it has an atmosphere, and it has water in it—making this planet the best candidate for habitability that we know right now.” If valid, the astronomy teams’ conclusions make K2-18b the first-ever confirmed exoplanet with water vapor clouds. Beyond prompting follow-up missions and research on potentially life-supporting exoplanets, discoveries like that of K2-18b fundamentally transform the way we think about our place in the universe, as well as our role in exploring its depths. | Share on Facebook.

How AR, AI, Sensors & Blockchain are Converging Into Web 3.0