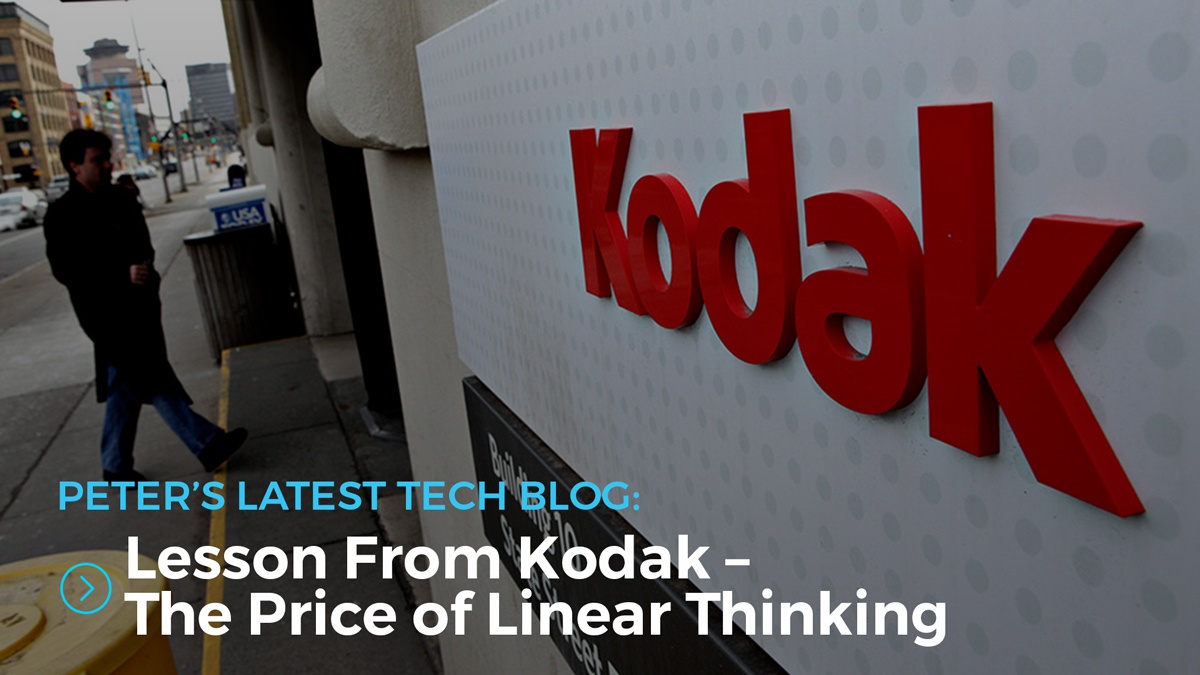 Our brains are literally hardwired to think locally and linearly.

As such, it’s nearly impossible for us to fathom the implications of exponential change.

Exponential technologies are a tsunami of change... and you can either surf on top of them or be crushed by them.

Kodak was crushed.
Check out this 5 minute video that illustrates the implication of ignoring disruptive technologies.

Few people know that 20 years earlier, in 1976, Kodak had invented the digital camera. It had the patents and the first-mover advantage.

But that first digital camera was a baby that only its inventor (Steven Sasson) could love and appreciate.

That first camera took .01 megapixel photos, took 23 seconds to record the image to a tape drive, and only shot in black and white.

When Sasson showed his discovery to his executives, they ignored the technology and its implications.

Fast forward to 2012, when Kodak filed for bankruptcy – disrupted by the very technology that they invented and subsequently ignored.

In that same year, another company in the digital imagery business, Instagram, was acquired by Facebook for $1 billion, but they had just 13 employees.

We've seen many other examples of disruption beyond Kodak.

Blockbuster, for example, was disrupted by Netflix, a company that dematerialized, demonetized and democratized the video industry.

Regardless of their size, companies that don’t embrace exponential technological change will be left in the dust.

What industries will be disrupted next?

As an entrepreneur, how can you capitalize on disruptive opportunities to create new billion-dollar businesses?

2. A360 Digital Mastermind: I’ve also created a Digital/Online community of bold, abundance-minded entrepreneurs called Abundance 360 Digital (A360D). A360D is my ‘onramp’ for exponential entrepreneurs – those who want to get involved and play at a higher level. Click Here to Learn More.